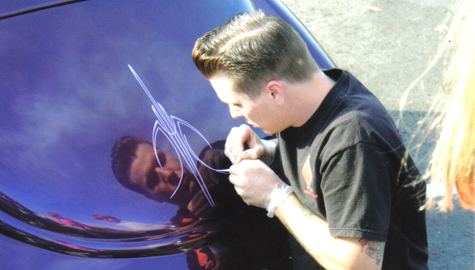 Despite rising gas prices, and fears of climate change buzzing through the general populace, hot rod culture is still alive and well. And with talented people like Eric “Eggie” Foust making contributions to “kustom kulture,” it’s not hard to see why. The Sacramento-born artist started Mindless Pinstriping back in 2005, but Foust started working as a pinstriper a year prior.

“There were a lot of nights I didn’t go out and I would stay up till like three in the morning just doing practice panels,” Foust says. “Pinstriping takes a lot of dedication, patience and practice.”

All that had work has now paid off, and in a short time. Foust, who also studies art at Sierra College, is doing pretty well for himself. The 23-year-old lifelong artist (he received an award for his first art award while in kindergarten) has clients worldwide. Foust spread the word about Mindless Pinstriping by “networking with other artists, vending at car shows, doing art for bands, selling art on the Internet, and having art in galleries.” 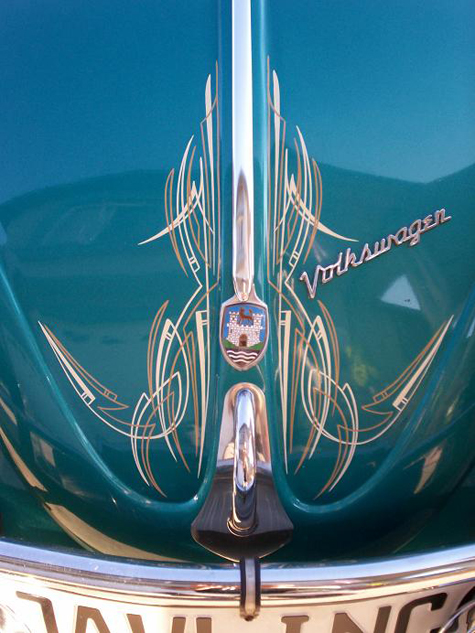 “You have to make art and make sure you put it out there,” he says.

Animators such as William Hanna, Joseph Barbera and Tex Avery have all had an influence on Foust’s art, but it was the work of legendary artist Ed “Big Daddy” Roth who opened Foust’s eyes to the world of hot rod/kustom kulture.

“My dad always had a hot rod and my mom was always doing art, and I liked both,” Foust says. “I just never knew about the mixture of both worlds until I saw Roth’s work.”

Roth is probably best known for his grotesque stab at Mickey Mouse called Rat Fink, which became the symbol of Southern California hot rod culture through the ’50s and ’60s. Over the years, Rat Fink has been drawn by artists closely associated with Roth (such as Steve Fiorella), and now the character makes appearances in Foust’s artwork as well. 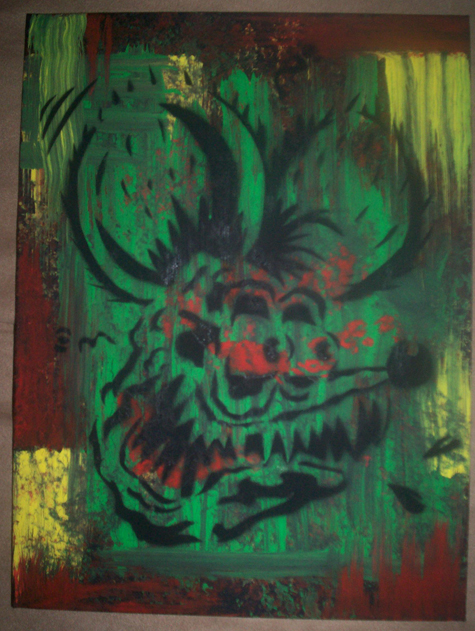 “I think all the kustom kulture artists are trying to keep Ed’s vision alive and he lives on through the Rat,” Foust says.

As for future plans, the artist says he hopes to “learn as much as I can about art and explore as many art forms I can and I guess ill see where it takes me.” For more information about Foust’s art and Mindless Pinstriping, look him up on Myspace at myspace.com/mindless_pinstriping.