Days before Thanksgiving, Felipe Silva and a few close friends woke up and started a photography road trip that would span more than 3,000 miles through four states.

In the first two days, the crew got lost in the sand dunes of Death Valley, stood above Zion National Park in Utah and Horseshoe Bend in Arizona, then headed back to Utah to Canyonlands National Park and Arches National Park, where they caught a sunrise and their first day of sleep. The last leg started with a drive up to Salt Lake City, then west to Lake Tahoe on the way home.

The five days were life changing for Silva, he says.

For a newly minted photographer still learning his craft, the trip’s sites, surprises and people all made a massive impact. These were heavily frequented and photographed destinations, but Silva has always had a knack for being impactful, for standing up against challenges and for being highly competitive.

A scroll through the photos on Silva’s Instagram page—his only means of photo sharing at the moment—reveals a young man who loves looking over the edge of tall towers and steep cliffs, standing a few steps behind an equally brave and curious son and continuously giving back to a community that hasn’t always returned the favor.

Silva moved to Sacramento from Brazil 15 years ago, when he was 13. By the time he was 17, he had been repeatedly expelled and had dropped out of high school. His mother did her best, he says, but he admits he was the one that screwed up. At 18, he became homeless. That’s when he decided he had to finish school.

“I went to a charter school and I started helping kids that were younger than me,” Silva says about the experience. “They said I was a good teacher, that I had patience. I even coached football. That’s when I decided to be a teacher.”

Silva graduated and began attending Sacramento State. In 2014, when he was preparing to graduate from college, he made a total of $8,000 the whole year.

“I always joke to this day I should have been sponsored by Top Ramen because I ate that so much,” he laughs.

While in college, Silva would run long distance, especially at night when he had time. He would sometimes run by an interesting place or a view along a freeway, but only had his cellphone to take photos.

One day, he decided to return his Beats By Dre headphones and exchange them for a real camera. He bought a Nikon, and so began his new journey. 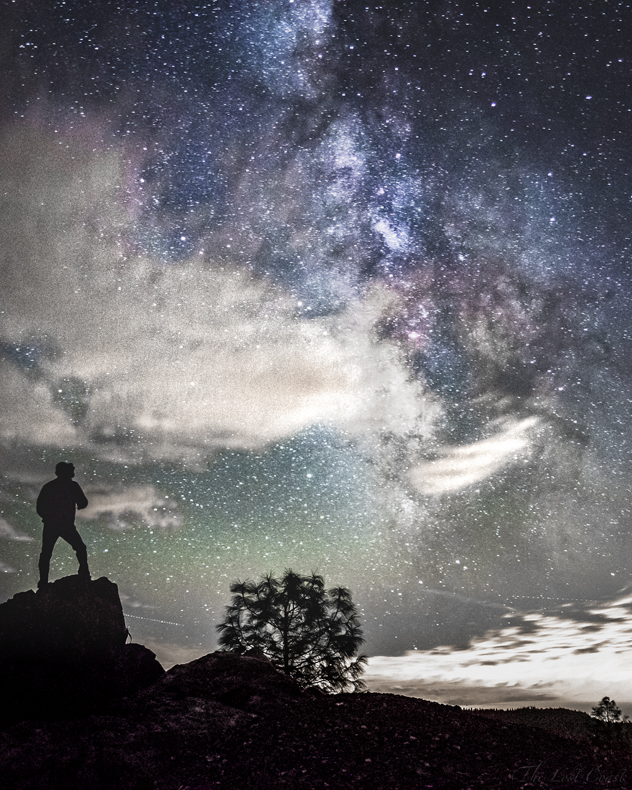 “I’d be running and tell myself I need to come back and get a photo,” he says. “I like landscapes because I like the ability of being able to sit there and observe. I like sitting on top of a freeway and seeing the people driving by. Embrace the moment and observe city life. My love is definitely landscape and nighttime, because I think it’s more difficult to shoot.”

Scroll through Silva’s photos at a slower pace, stop to read the captions, and you’ll notice the subtle changes over time in his photography as you move closer to present day. The editing lessens, the photos get crisper and the night scenes become more intricate and colorful.

The caption on a photo Silva took last year of the San Francisco-Oakland Bay Bridge captures his personality and interest perfectly: “I remember when I first got Instagram, like almost three years ago, I followed this great photographer who’d title his images simply ‘f/16 30 sec. ISO-160 52mm.’ For the longest time I had no idea what that meant. However as I got into photography I would always go back to his pictures and see what the settings were, so I can try to do the same. Jay doesn’t have an active Instagram anymore but he helped me out a lot. So I try to do the same and post the settings in every picture. I don’t always remember but I do my best. It’s all about helping others get better.” 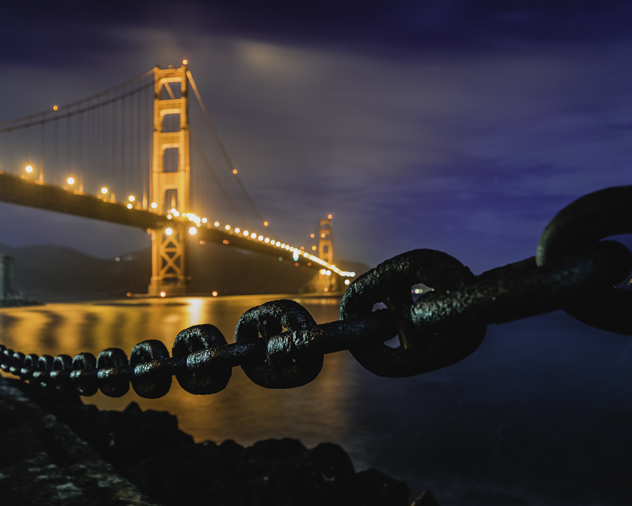 Silva has only been shooting for a year and eight months, but he’s immersed himself in a newfound love and can no longer imagine his life without it.

In true photographer form, any chance he gets, Silva grabs a weekend here or a school break there to drive across photogenic landscapes around the West Coast. It’s partly to continue to build his skill, but more to showcase through Instagram all that his world has to offer. Silva even created a collaborative Instagram page, West Coast Exposures, to help other photographers get themselves and their geographical subject matter on the map.

“When I started it, a long-exposures landscape page didn’t really exist,” Silva says. “My goal was that common people would see a picture and say ‘I wanna go there.’ That’s what I wanted people to do. And today I see it happening. The page just hit a year and we have 27,000 followers. We get 300 hits a day.”

When he’s not managing social media or taking on freelance photo assignments from the Sacramento Kings, wedding couples or local businesses, Silva is teaching fourth graders in Oak Park how to code.

Silva doesn’t have a formal education in coding, but has been tasked with teaching technology to grades K–5. On the side, he’s helping with the annual yearbook. 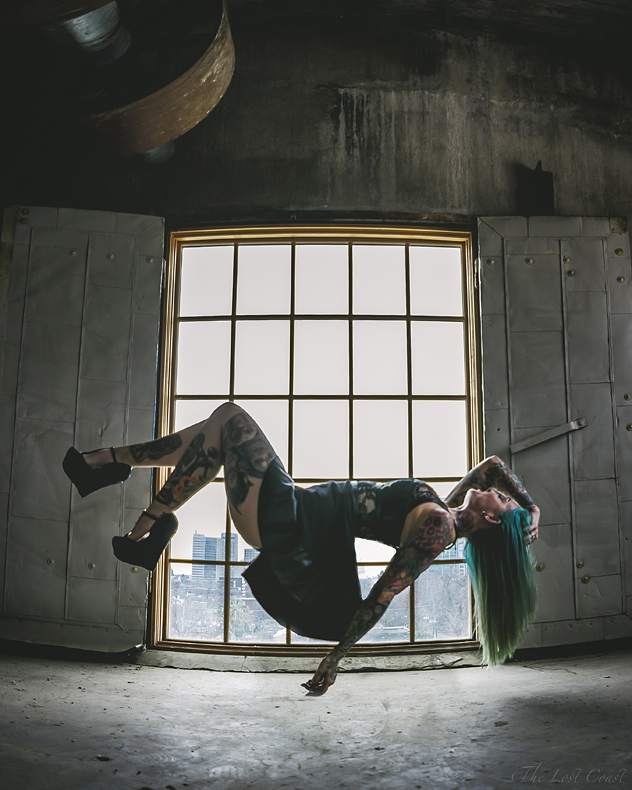 “If it was my way, I would just do landscape photography,” he says. “But I’m naturally a teacher, so I might teach photography.”

That’s not to say Silva doesn’t love helping his students today. In fact, he sees them the way he was himself at their age.

“I want to help kids who are in my shoes,” he says. “There aren’t many male Latino teachers out there. I didn’t have someone telling me I can go to college. Our school emphasizes college on a daily basis. Everything we do is toward directing them to college.”

Another way Silva wants to help is by raising money for public schools that are cutting, or have cut, arts programs. Over the years, photography classes and the like have become more rare in the public school system, so Silva and his friends are working on a concept called the Uprise Collective that would do fundraising by selling art, and also provide lessons in basic photography and editing for students interested in the subject who don’t have access to classes. 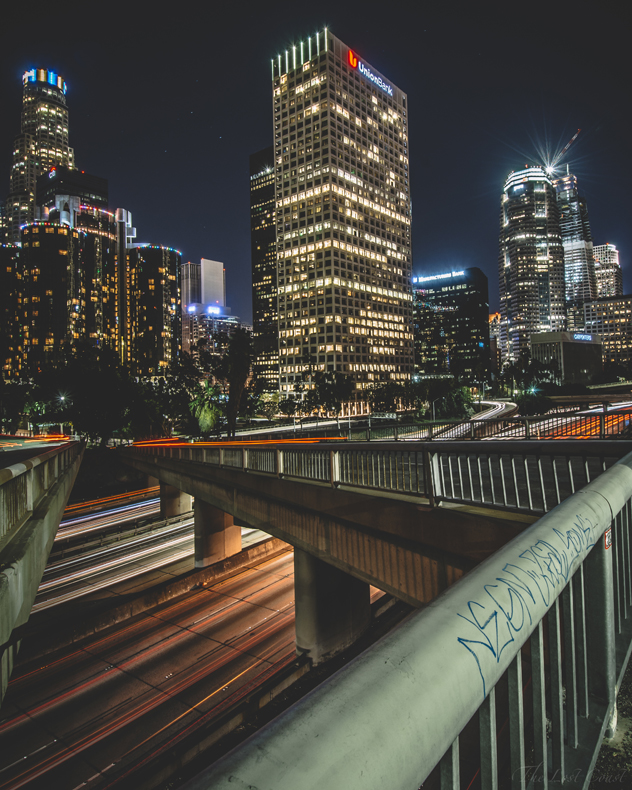 “I like to give back—I did a toy drive recently, and my son and I, on Thanksgiving, we gave out food on B Street to the homeless,” Silva says. “I was a little scared at first, but I had my son with me and it was a good experience for us.”

On Christmas morning, Silva and a friend gave out necessities to the homeless downtown, such as toothbrushes, socks, ponchos, hand warmers and face wipes. Having experienced homelessness, Silva says he knows the struggles in the winter and during the holidays can be especially trying.

The same goes for art education. Silva says he’s been lucky to be able to learn by following others’ examples. He spends at least an hour a week watching videos on how to try new photography tricks in different software programs or on his camera. He feels children should have that same opportunity. 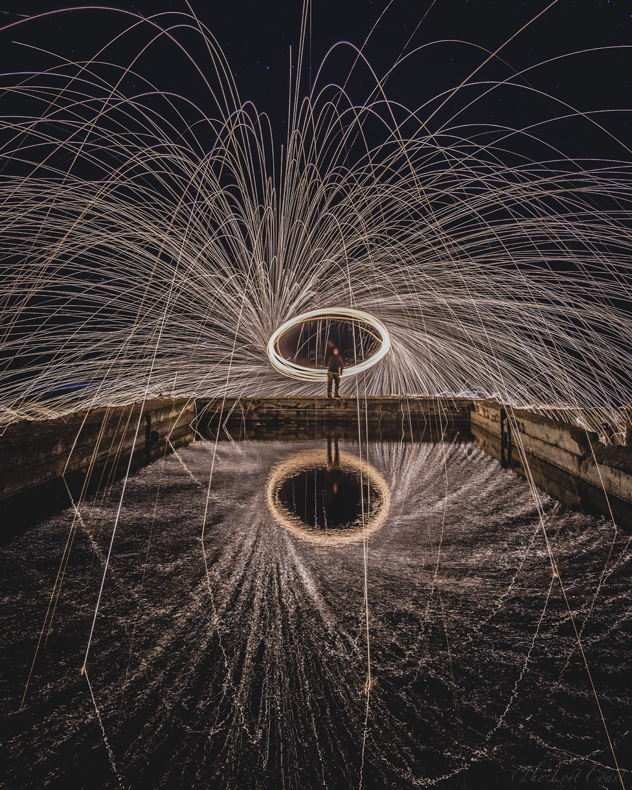 The Uprise Collective’s first event will be held Feb. 25 at Blue Lamp. The event will include original photography for sale, nearly all Sacramento-based and inspired. The photographers will also be raffling off free editing classes. This time around, all proceeds will be donated to Shriners Hospitals for Children.

“We don’t see a lot of art like ours on the wall,” Silva says about the photography being shown at the event. “There is definitely a lot of great stuff on the walls in Sacramento but what we shoot is not common. It’s not your everyday piece of art. We want to expose ourselves as far as that goes. We want to show that side of Sacramento. Nighttime, nightlife. And we want to teach people how to shoot at night. It’s a movement. That’s the only word I can think of.”

See Felipe Silva’s photography, along with the work of other great Sacramento photographers, at the Uprise Collective photography exhibit Feb. 25, 2016 at the Blue Lamp, located at 1400 Alhambra Boulevard, Sacramento. The event is free and starts at 7 p.m. with proceeds benefiting the Shriners Hospital for Children. Follow Felipe on Instagram: @The_Lost_Coast.