Is Artist Lawrence Argent’s Rabbit Worth the Money? 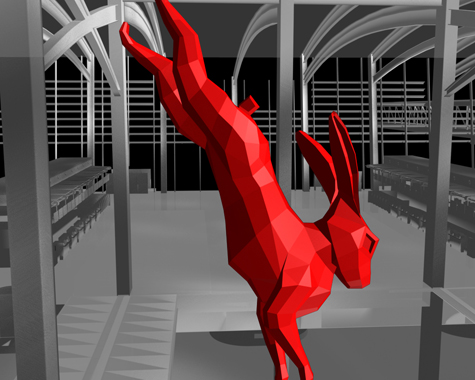 Lawrence Argent is a professor at the School of Art and Art History at the University of Denver. Though he has only paid one two-day visit to Sacramento, in 2011, he—and his long-eared accomplice—will leave an indelible mark on this city. And though Argent’s sculpture hasn’t even been built yet, it is already causing quite a stir with locals, and the reaction isn’t all that positive.

Argent is one of three selected from a group of over 100 artists to create public art works for the new Sacramento International Airport Terminal B. The airport renovation will cost $1.27 billion; $8 million has been set aside for art. Argent’s installation will serve as the centerpiece of the new terminal—a 56-foot red-orange rabbit leaping into a suitcase with a swirling vortex on top. His piece alone will cost $800,000—a figure that doesn’t sit too well with Sacramentans.

“$800,000 for a fiberglass red rabbit? Come on Sacramento we can do better than that!” wrote one perturbed citizen in response to an article about the sculpture on Sacbee.com. The commenter added, in reference to how a big red rabbit is supposed to represent Sacramento, “Ever see a red rabbit—[anywhere]?”

Others, however, have been more accepting. “Believe it or not [$800,000] for a giant, CUSTOM, red rabbit is pretty reasonable!” retorted another commenter to the same article.

The artist welcomes such debate, however. In fact, it’s the sort of thing he strives for. More than just decorating architecture, Argent wants his public art to inspire conversation and make an impression on those who look upon it.

“I understand the sense of negativity,” says Argent from his studio in Denver. “I think that’s part of the discussion about art; art doesn’t necessarily please everybody. I’m not here to please everybody. I’m just hopefully engaging people in a dialogue that can stimulate them in a different way than what they perhaps may have originally thought.”

Though the rabbit may seem like a lighthearted subject—and it is on some levels—the artist ensures that it is by no means a haphazard decision. The journey Argent took to his choice of subject in this particular piece is similar to his life’s journey. Born in England, Argent received a B.A. in sculpture from the Melbourne Institute of Technology in Australia. He later came stateside to receive an M.F.A. from Rinehart School of Sculpture, in Baltimore, Md. before finally settling in Denver.

“I came here to go to graduate school, and I wasn’t really planning on finishing,” Argent says. His plan was to attend graduate school for a year so that he could come to America “to have people I’d read about in books talk to me about my artwork,” and do so a lot more cheaply than it would have been to move here outright and “actually try to find those people.” 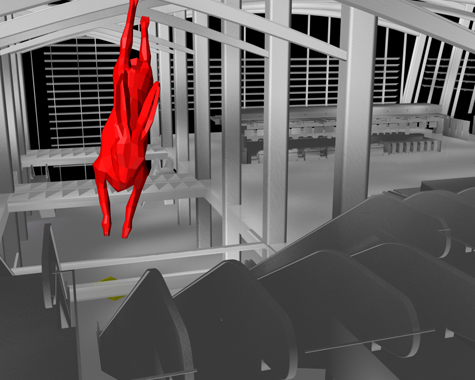 He adds, “Through many routes of possibilities, the journey made me end up here in Denver, Colo., which is actually a very nice city.”
Though he hasn’t spent much time in Sacramento (he’ll be making many more trips as his project progresses), he was instantly impressed with the California capitol.

“I think the energy was very positive there,” Argent says. “I see a change, perhaps, in what’s going on in the dialogue of downtown and the urban environment.”

Argent hopes his piece will contribute to and spur on more dialogue. In fact it already has. Though the big red rabbit element steals the headlines, Argent says the piece actually began with a more mundane idea—the suitcase. Suitcase imagery has appeared once before in Argent’s work. His sculpture Travel Companion—an “old suitcase with a rubber mold of a teddy bear, embedded in concrete and covered in polyester resin”—plays with the idea of travel and its effect on the self.

“I’m interested in our voyage, whether that be physical area that we move through in our life, or the spiritual domain that we walk through,” Argent explains “In that particular piece, it was a sense of possession that we have, that we have comfort in the suitcase, this archived version of something that didn’t quite make it, and that’s what that piece is about.”

Starting with the suitcase for the Sacramento Airport installation put Argent in a precarious position. He needed to connect it to something. He began by considering what goes through a traveler’s mind when he or she exits the plane and heads toward baggage claim.

“When we arrive at baggage claim, what we’ve come through to where we’ve been, that journey that we’ve been on is full of angst, it’s full of anxiety, it’s full of joy. We have all these elements that add up to an amazing component of [when] we start to feel whole again when if perhaps our luggage gets there, which is not always the case,” he says with a laugh. “But when it gets there, there’s this sense of reconciliation of joining yourself with yourself—joining with your stuff.” 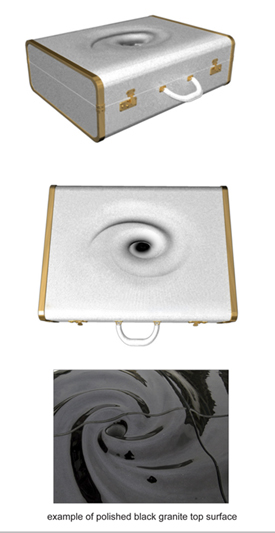 In the end, it was the environment that surrounded the Sacramento Airport that helped lead Argent to his final design. He says that the “green space” outside the facility is unique in that “you can walk outside and you’re in a landscaped environment, and you have the possibility of breathing fresh air—or jet fuel, however you want to look at it,” he jokes. The airports surroundings coupled with the traveler’s anxiety and his/hers desire to deplane and reconnect with his/hers luggage as rapidly as possible pointed toward the image of the rabbit.

“It’s such an animal that I’ve had so much fascination with,” Argent says. “It’s held charge of a powerful symbolism through out civilization—that connection to fables and stories, past and contemporary mythology as well. In it, I sort of sensed a vehicle for an element of paradox that I was interested in.”

To those who are still critical of the piece, Argent hopes that they might change their minds once the installation is actually completed.

“How much can we judge something, by just an image, that’s not even in place yet?” he muses. “When you’ve got this thing leaping at you ” when you’re on your way to baggage claim, you may get a different feeling”¦ That’s a very different experience than what you’re seeing in a rendering.”

Argent is no stranger to public art projects. He gained notoriety for creating a three-story blue bear that peers into the Denver Convention Center. He is currently also working to create a Holocaust memorial for the University of Denver’s Center for Judaic Studies. 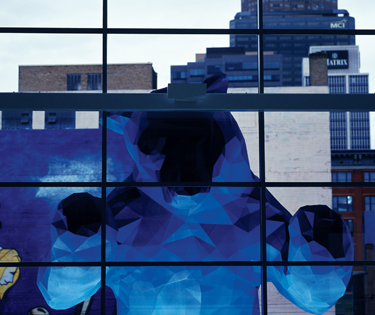 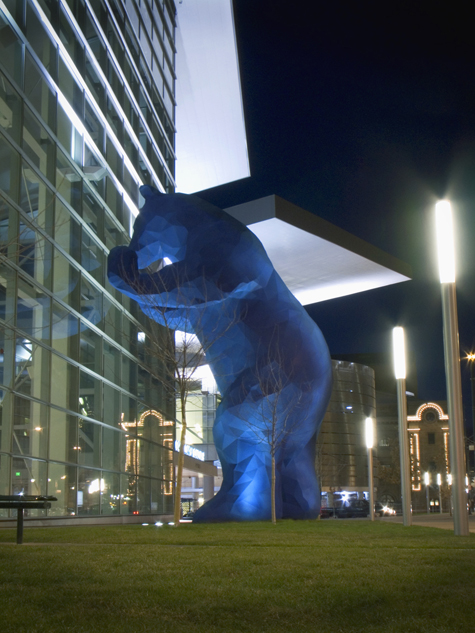