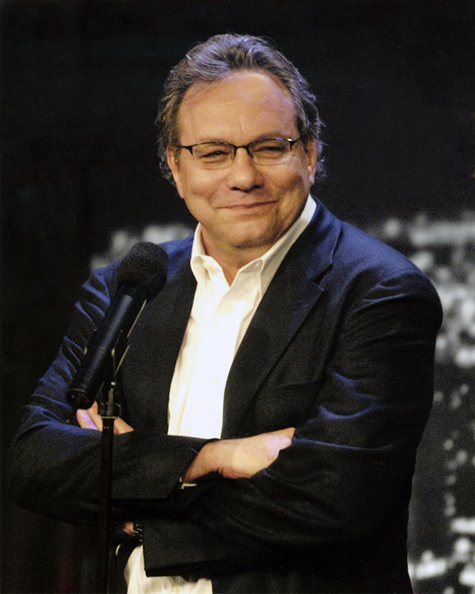 You know what they say: Laughter is the best medicine. A divisive government, treacherous economy and two wars weigh heavily on the minds of most Americans as we approach another presidential election, hoping that no matter who’s elected, he’ll be able to turn things around. With the world seeming so dire, perhaps the only way to deal with it is to try to find the humor in it. But for some, the comedy of Lewis Black is probably a bitter pill. Author, playwright, actor and stand-up comedian–Black’s resume extends far past his appearances on The Daily Show and as host of Comedy Central’s The Root of All Evil. But more important than his accomplishments, Black is a keen observer of politics, and his sharp commentary takes shots at members of our government on both sides of the aisle. On his way to Purdue University, Black took time from his perpetual touring to answer a few of our questions.

I’m sure you’ve probably answered a lot of questions about this, but I saw that you went to perform for the troops in the Middle East at the end of last year. What was that like?
It seems silly to say, but it was sort of life changing.

How so?
I had not been exposed to the military. You realize that we’re insulated–we’re not only insulated from the war, but we’ve been insulated from our military. For all the lip service that’s paid by politicians, it doesn’t even begin to scratch the surface of what these people do. And if they really paid the lip service, they’d be more careful in where and how they used people like this. They’re extraordinary individuals on many levels, and they [politicians]–from the bottom up–they don’t pay enough attention to them. They don’t provide them [the troops] with what they need. It’s just amazing.

Was it all what you’d expected it to be?
It wasn’t. It was stunning how much more in touch the military seemed to be with their men than the politicians in this country seem to be with the people they’re supposed to be governing.

I wanted to talk with you about the conventions. Did they sway you one way or the other, which way you are going to vote in November?
Yeah, it made me think about moving. It’s unbelievable. I really do feel that with the addition of Sarah Palin, it’s fiction. It’s like watching a movie.

What was your initial reaction to McCain picking Palin to be his running mate?
My initial reaction was what I’d always thought, which is anybody could be vice president. You can’t tell me that she’s the most popular governor. Really? Of Alaska, you fucking idiot–an alcoholic’s paradise. Please. To watch people who don’t know her talk about her–like Giuliani. They don’t know anything about her. Both sides spin their crap; it’s like, just be honest about stuff. You’ve got one group of people talking about the future, and the other group living in the past. What about now?

Something Giuliani said in an interview after his speech was that McCain’s choice of a running mate was looking toward the future, while Obama’s was looking to the past. I thought that was interesting comment in light of what you’re saying.
The whole thing is phenomenal. I have somewhat of an understanding of why he [McCain] made the choice he made. Him picking her is like watching Mr. Smith Goes to Washington, only she [Palin] is not quite as qualified as Jimmy Stewart.

To be fair, what did you think of Obama choosing Sen. Joe Biden?
It’s an interesting choice if you can get him to shut up. He talks too much. Obama had to pick somebody with experience. If someone’s going to die in office [laughs]–I mean, literally, you have to. I truly felt like if Obama wanted to just win, he had to pick Hillary [Clinton], no matter what the consequences. But the Democrats don’t want to win. They never want to win. They just don’t seem to want to. The logical choice is Hillary, whether you liked it or not, but if you wanted to win, as a ticket as a party. They don’t seem to want to govern.
What I find most appalling is their lack of response. What [Sen. Joe] Lieberman did was reprehensible on any level. So for the party that this schmuck represented, for this idiot to go speak for the other party, what are you saying to all of the people who voted for you? And what is the party saying by saying, “Oh well, what are you going to do? That’s Joe.” It’s not funny. It’s disgusting. I just find it odd that they don’t respond. Democrats don’t ever seem to know how to respond.
It’s nonsense what the Republicans are saying at this point, but the fact is, since the Democrats don’t have a proper response, it makes you go, “How intelligent are you?” Come up with something. Be direct.

What do you think the Democrats should do next if they somehow manage to lose this election?
I think they should rename the party. Come up with a new name, a new logo and go through a re-branding process. That’s all they can do. I mean, really, after eight years of this, if you can’t win the election, just disband.

Are you going to miss President Bush when he’s gone?
No. You can tell already. Look, it was nuts before, and now it’s even more crazy. As a comic, you can’t write the stuff that they’re doing. They’re writing it for you.

Has your job almost been too easy over the past eight years? Are you kind of looking forward to a challenge?
In a way, but it’s been hard to find the funny in it in a lot of ways. As funny as it is, it’s hard to treat it as if it is funny, because it’s really unbelievable.

How do you think history will judge this president [George W. Bush] now that his reign is almost over?
After they get over the laughter and the tears in just trying to record it, I think history will stand agape at what he did. He made a concerted effort to go back to 1956. If television was in black and white, I might have bought this, but it’s in color and it’s digital. It’s a mindset that should have never been in power.

Do you think that if he managed to succeed, that if he’d actually rolled the clock back to 1956 that we would have been better off?
Well, no. I would’ve been suicidal, having lived through it once, but it certainly would have made more sense. It would have made it seem more rational. 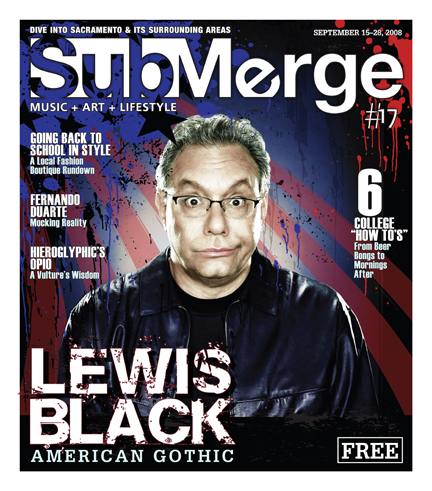