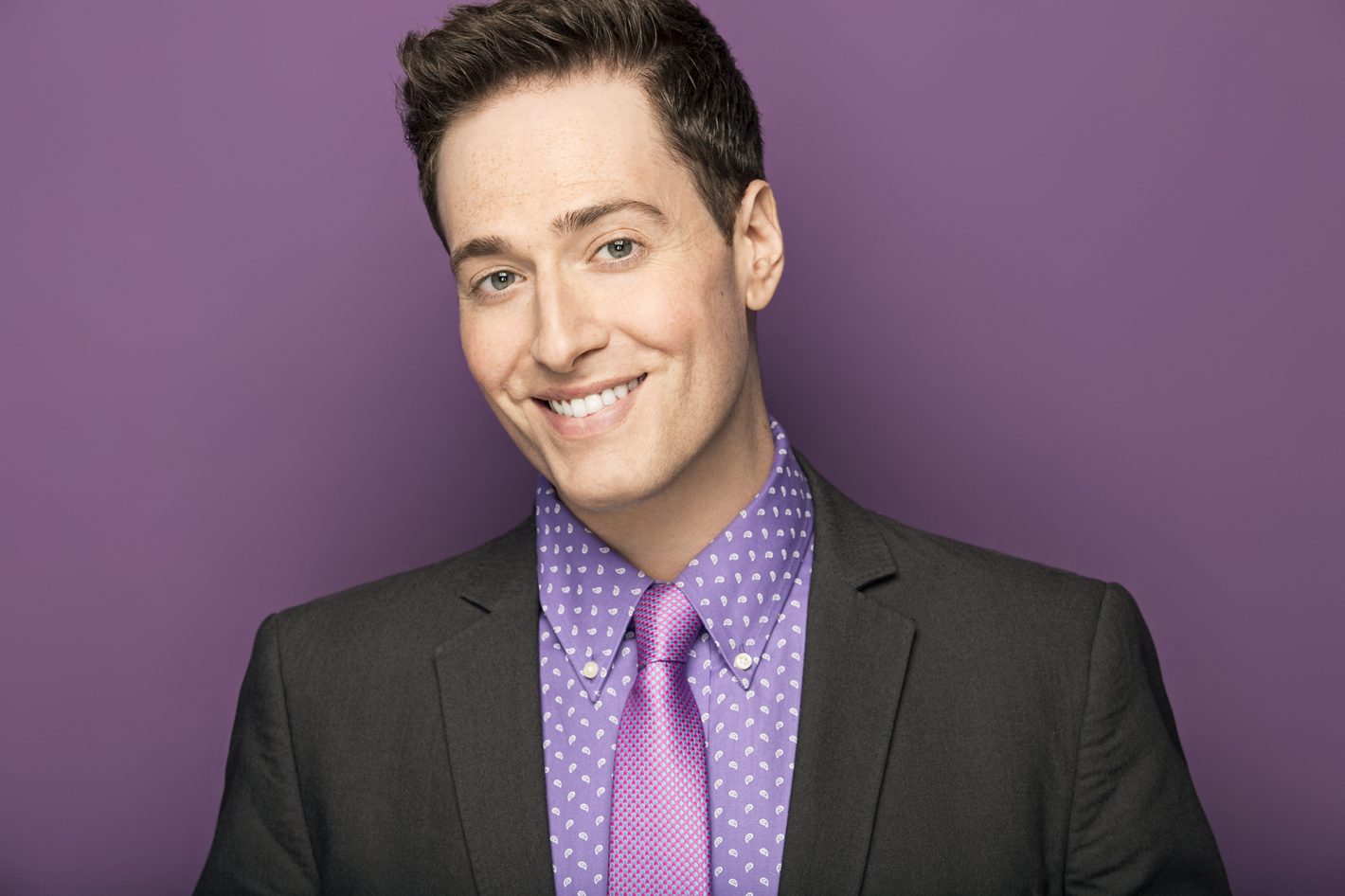 “I’m here now with Vice President of the United States and RuPaul’s Drag Race Season 3 finalist Mike Pence; Mike, thank you so much for joining me,” Randy Rainbow beams warmly at the VP.

“Last year alone, 17,000 individuals with criminal histories were apprehended at our southern border,” Mike Pence lies in attempt to justify the government shutdown.

“Why not hire them as senior White House officials? They’ll all be convicted eventually,” Rainbow asks Pence, or appears to, thanks to some crafty editing.

No sooner does the latest outrageous headline blaze across the networks than flamboyant Internet superhero Randy Rainbow jumps into action. His superpower? Whipping the topsy-turvy Trumpian news into a viral video musical number from a Broadway show.

A total one-man band, Rainbow executes manicured lyrical parodies complete with backgrounds, harmonies, costumes and fake interviews, all framed around the most recent arrest, hair-brained policy or other such nonsense in the White House. Rainbow does all this solo from his two-story walk-up in Astoria, Queens.

“Cell Block Tango” from Chicago became a glorious condemnation of the string of indictments punctuated by Roger Stone’s arrest. “Matchmaker, Matchmaker” from Fiddler on the Roof became “Fact-checker, Fact-checker” after Kellyanne Conway told another whopper of a lie.

On occasion, Rainbow ventures off the Broadway stage and into the club. For example, when he mocked Trump for declaring a national emergency by turning Madonna’s classic “Borderline” into “Border Lies”:

Gurl,
You’re at an impasse,
Now they’re going to sue your ass
But you just keep pushing these …
Border lies!

It’s not just the speed and hilarity with which Rainbow delivers these parodies; it’s the fact that every aspect is studied and polished. Even the “bad” costuming of his backup singers (which are all him) is deliciously tacky, contrasting perfectly with his crafted anchorman-cum-debutant male lead.

Rainbow grew up in Long Island, New York and Plantation, Florida, and show business runs deep in his blood. He credits his grandmother for teaching him the art of wit and how to talk back to the TV. His father was a booking agent, so Rainbow cut his teeth singing in the Florida condo circuit.

He moved to Queens after dropping out of junior college and started working at Broadwayworld.com. The stage is his natural habitat, as is illustrated by his exhaustive knowledge of showtunes. If you listen carefully, you can tell that he has a beautiful voice underneath all that sarcasm.

His now elaborate project started to evolve around 2010. He began with a blog where he just responded to whatever was going on at the moment. “Nobody cared,” he said in an interview with BBC. Then he started making videos where he would edit famous people’s voices into conversations.

“I never made a conscious decision to be political,” Rainbow tells Submerge. “My gimmick was inserting myself into the hot topics of the day. So it was a natural progression.”

When Proposition 8 was overturned in California in 2010, making same sex marriage legal, Rainbow made a video where he fake-called a bunch of male celebrities and tried to talk them into marrying him. He got a glowing response when he ribbed then-Texas Governor Rick Perry. These experiments were the seeds for his fabulous fake political interviews that segue into showtunes. His zany, sharp-tongued character emerged and now no one was safe. Especially not our so-called “president.”

Trump won the 2016 primary, and Rainbow could not resist making vicious fun of the whole dog-and-pony shit show. The videos went viral and Rainbow got a stream of messages thanking him for giving them a laugh in an otherwise insanity-inducing time.

“That’s the thing I hear most from people, that I’m keeping them sane,” Rainbow explains.

Comedy went from being a side dish to a double shot in 2016. Most of us could not bear the news without a heavy dose of dark laughter. But the laughs were harder and harder to come by, in part because it felt like punditry had taken over comedy.

A pair of pink cat-eye glasses bedazzled with rhinestones make an appearance in every video when Rainbow gets to his “follow-up question.” It’s a signal that he’s about to drop some truth, and it’s never not funny when he puts those glasses on. They have become his signature, and his audiences at his live performances have taken to wearing them.

Rainbow: “Maybe because he’s a deranged dictator who starves his people and executes members from his own family? But you know, my boyfriend doesn’t put down the toilet seat, so [snort] men!”

Rainbow’s facial expressions, particularly his deadpan pout during these imaginary interviews, mirror our own feelings of bafflement, disgust and absurd outrage with startling facility.

It seems Rainbow’s secondary motive, aside from offering us comic relief, is to keep calling attention to just how abnormal this new normal is. One must, of course, throw some shade on the terrible rug and the marmalade concealer; how can we ignore it? But it’s the lack of heart that Rainbow continues to call out. And he does it in the most delightful way.

It’s hard not to fetishize someone whose real last name is Rainbow. He’s the perfect opposite of the president: young, funny, charismatic, full of love. You know, sane. The bright glow of his personality is so evident in these videos, that he’s even had some conservatives reach out and say, “I don’t agree with your politics, but your videos are hilarious.” Crossing the great political divide is near impossible these days, but Rainbow manages to get laughs on both sides of the isle.

“We’re all in this theatrical experience,” Rainbow says. “When people ask if I get hate mail, I say I don’t, but I hear nice things from people on both sides and I think that has to do with the way I built the character.”

Rainbow tells Submerge that he thought he would have to constantly be changing the live show according to the latest news, but he is surprised at the transition from screen to stage because so much of his older material is still relevant.

Rainbow appears with a live band, a huge screen in the background and, of course, changes costumes many times. He breaks up his musical numbers with banter and a little audience participation. This will be his second live tour, and he’s crisscrossing all over the United States this summer.

“It’s my dream, by the way,” Rainbow says of putting all of his parodies into a live performance.

In the meantime, he continues to crank out videos to keep his 250,000-ish YouTube followers happy. His Facebook group has almost 1 million members, and his video “Braggadocious” was viewed 28 million times.

It’s a special gift to take the hate and chaos of the world and transform it into something that lifts people’s hearts. Beyond the sharp tacks of his one-liners, Rainbow’s comedy speaks truth to power in the most fabulous way possible.

Randy Rainbow performs live at the Crest Theater Friday, April 19, 2019. Tickets are sold out, but maybe you can catch a glimpse of his hijinks downtown prior to or after the gig. Visit Randyrainbow.com for more information!