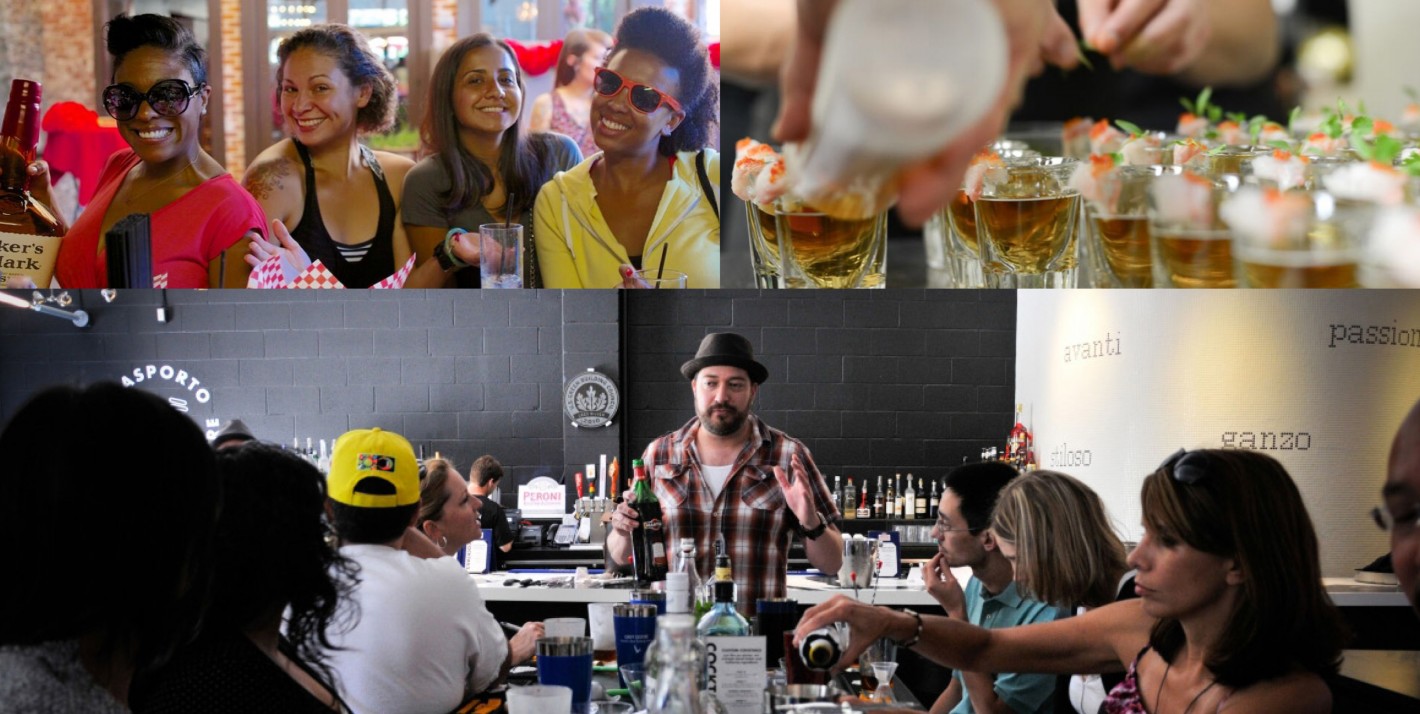 We here at Submerge feel that we have a lot in common with Sacramento Cocktail Week. For instance, we were both born right here in Sacramento in 2008, and we both also really love booze, our local bar scene and all of the characters that make it up. And sure maybe that’s where the similarities stop, but our point here is that because we’ve been attending and/or writing about Cocktail Week events since that first year, and because we have a good grasp of who’s who in the bar scene, we think we’ve got enough authority to proclaim that this year’s Cocktail Week might just be the best one yet. Here’s why.

For one, it looks to us like there is a more streamlined calendar of events this year (we tallied around 15 total on Sacramentococktailweek.com as of writing this), which is nice, because it gets exhausting trying to make it to too many themed parties (also, our poor livers!). And secondly, the panel that oversees things at SCW these days—dubbed the “Cocktail Collective”—is full of heavy hitters that we would trust to pour us anything: Kimio Bazett (co-owner of The Golden Bear, Hook and Ladder, Bottle and Barlow, etc.); Jason Boggs (co-owner of Shady Lady Saloon, B-Side, Sail Inn, etc.); Matt Nurge (co-owner of The Red Rabbit); Brad Peters (beverage director of Paragary Restaurant Group and President of USBG Sacramento chapter); Joe Anthony Savala (one of the original co-founders of Cocktail Week); and the list goes on and on.

This year, SCW runs for five-days, Aug. 14–18, and again goes down at various “featured” bars as well as others that host official “pop-ups” throughout the week. In the interest of keeping things brief, we’re going to focus on the featured events, so be sure to check out SCW’s website or Facebook page to check out the many awesome pop-ups.

Bottle and Barlow kicks things off on Aug. 14 with “The Dude Imbibes.” Think White Russians, mini-bowling, The Big Lebowski themed drinks and a costume contest. On Aug. 15 Hook and Ladder is hosting “The Tavern on the Green.” Play mini-golf, enjoy “golf course bites” and themed cocktails, win prizes at the hole-in-one contest. Red Rabbit takes over on Aug. 16 with their annual “It Takes Two to Tiki” party featuring delicious tiki and tropical concoctions from some of Sac’s best bartenders and more Hawaiian shirts than you’d ever want to see. On Aug. 17 SCW’s main event, the annual “Cocktail Competition,” hits Harlow’s with teams from eight local bars pitted against each other in a head-to-head, single elimination tournament. On Aug. 18 Cocktail Week ends in style on the Sacramento River Train for the Sacramento Bartenders Guild’s “Wild West Cocktail Extravaganza,” with live music on the train, plus drink specials, food and more.

Have a fun Sacramento Cocktail Week and remember, never drink and drive, and please be safe.