Recently, I was in the mood for something a little different for my Happy Hour Hound excursion. I wanted to find a spot that was outside of the Downtown/Midtown area, yet close enough to allow me to be in a bar stool watching a game in a couple of minutes. After doing a little research I decided on Club Pheasant in West Sacramento. It’s one of those restaurants that I’ve driven past hundreds of times and always wondered about, yet for some reason have never stepped foot inside. In the middle of your typical bland suburban expansion sits this historic restaurant built in 1919. It was once owned and used by UC Davis as an agronomy laboratory and has been a restaurant since 1935 when the Palamidessi family purchased it. That same family owns it today and I can guarantee you will see at least one of the family members overseeing things on your visit.

Upon entering the front door, a collection of pheasant taxidermy welcomed me into the restaurant. Once inside the bar area of Club Pheasant I was instantly transported back in time 80 years, which was strangely relaxing and comforting. It’s no surprise that Club Pheasant is a locals’ joint which can sometimes make people feel like the odd man out, but that wasn’t the case here. I was warmly greeted and handed a list of happy hour items to peruse through. Though not a vast selection, I was pleasantly surprised at the diversity of their happy hour offerings, which stray from the traditional rustic menu they feature in the restaurant. 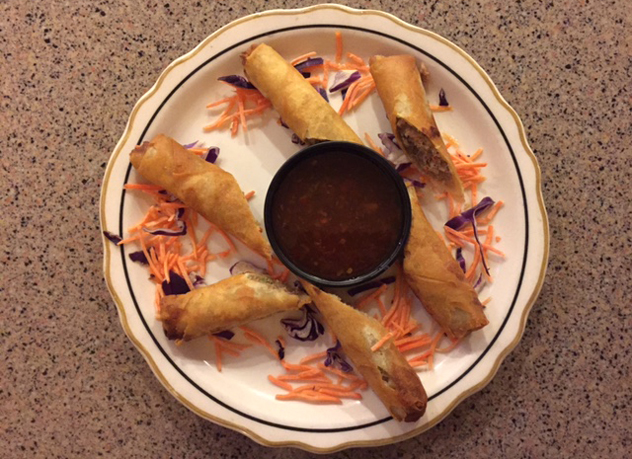 My friend Lance and I began the fun process of selecting happy hour items to reach our $20 limit. He started with a Jackrabbit Brewing Company’s Belgian Style Farmhouse Ale which they had on draft ($3.75). We then moved on to the food and selected the house made lumpia ($4.50), fish tacos ($4.75) and the shrimp martini ($4.95), which came to a grand total of $17.95! The menu also offered jalapeno sliders, spicy chicken wings and bruschetta—all of which were under $5.

The first dish to arrive was the house made lumpia. Yes, it did seem a little weird to order lumpia at Cub Pheasant, but only until I took my first bite. The fried rolls were filled to the brim with well-seasoned pork, carrots and scallions. The dish came out piping hot and was accompanied by a sweet chili dipping sauce. I can see how these can become addictive. As soon as we finished eating, thoughts of ordering more started bouncing around in my head. 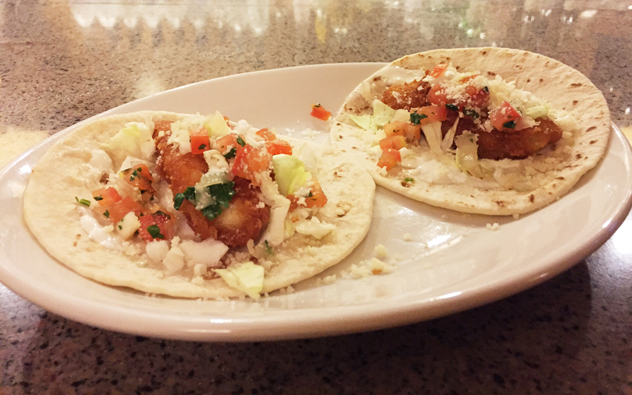 Up next were the fish tacos, served with pico de gallo, cabbage and a baja cream sauce. The tacos were good and quite enjoyable, but failed to meet the bar that was set by the lumpia. When I head back, I will probably swap out the tacos and order the jalapeño sliders instead. That being said, they were tasty and I ate every last bite.

Now, I’m a sucker for—and could probably eat my weight in—shrimp cocktail, so of course I was excited about the shrimp martini. I was in Clamato cocktail sauce heaven once this happy hour delight arrived. The shrimp martini features bay shrimp swimming in a Clamato seafood cocktail sauce, garnished with pico de gallo and avocado squares. It was, of course, served in a martini glass along with homemade chips for dipping. I know there was no cooking involved in this treat, but sometimes it’s the simple things that you never make at home that hit the spot and for me, the shrimp martini is indeed one of them. 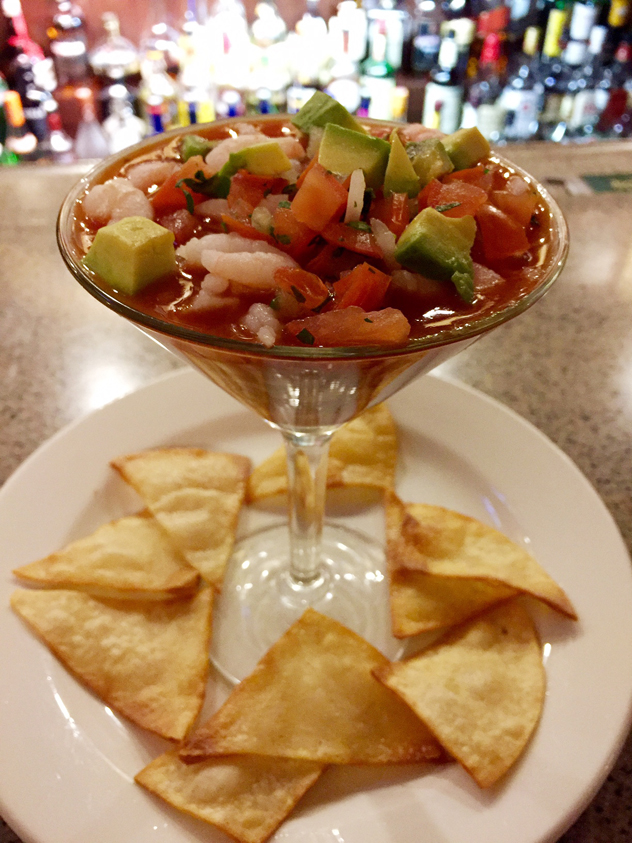 I can easily see myself heading to West Sacramento for happy hour or a proper dinner at Club Pheasant in the near future. While I was there I overheard customers raving about the lamb stew and steak sandwiches, both of which I’m excited to try. Club Pheasant’s happy hour is Tuesday through Friday from 4 p.m.–6 p.m.