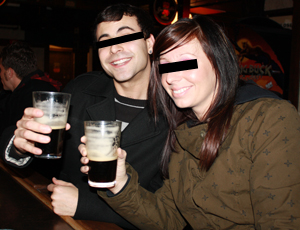 Submerge Scours Sacramento to Find the Perfect Pint of Guinness

Budweiser claims to be the King of Beers. If you consider sales numbers alone, it’s difficult to dispute such a claim. With its billboards, pop culture-defining Super Bowl ads and presence at just about every bar, pub, tavern, concert and sporting event in the United States, there is no beer more ubiquitous. So we acquiesce; yes, Budweiser is truly the king of beers, but if that’s so, that makes Guinness the sagely old druid inhabiting the forests surrounding the kingdom. Sorry to blow your minds like that, but it’s totally true. Guinness is like Magic the Gathering, but better because you don’t have to be a nerd to drink it and it’ll give you a hearty buzz.

There is no beer on earth quite like a Guinness. Sure, there are far more adventurous and esoteric choices. In fact, right here in Sacramento, there are a plethora of homegrown brews that provide a wide breadth of flavors and brewing styles—all of which deserve your attention. But Guinness should always hold a special place at your beer-drinking table. Rich, creamy and delicious (and believe it or not, relatively low in calories and alcohol content), Guinness is readily available at most pubs, restaurants and supermarkets (or at the very least, any such establishments that are worth going to). It may have been your first foray from the world of dark beers. Anywhere you go, no matter what drinking establishment you may venture into, if the place serves Guinness, rest assured you can enjoy a quality adult beverage at a decent price.

Know this: as you watch your trusty barkeep serve you a pint of Guinness, you’re not just having a beer, but you’re partaking in a tradition that dates back centuries. In 2009, Guinness celebrated its 250th anniversary, making this noble Irish stout older than the United States. The story goes that in 1759, Arthur Guinness signed a 9,000-year lease for an unused brewery in Dublin, Ireland. The signing cost ran him around $100 and rent was settled at $66 annually. Arthur died in 1803, but Guinness is still brewed in that same brewery to this very day.

It’s easy to see why Guinness has stood the test of time. It’s truly a beautiful sight to behold: from the rolling cascade of a perfect pour, to its creamy head and its dark, rich color (considered dark ruby as opposed to black), Guinness looks like a work of art in a glass. But are all pints of Guinness created equal? There are rules that must be followed to build the perfect pint—a ritual, if you will: According to Guinness, a pint should take just under two minutes to pour. The pouring process is two-fold; first, a quick pour into a tilted, tulip-shaped pint glass (Imperial, please). This first phase should fill the glass about three-quarters of the way. The pint should then be left to settle before finishing with a slow pour that should result in the head forming a dome over the mouth of the glass.

With St. Patrick’s Day approaching, you may be asking yourself, “Are Sacramento pubs and taverns doing their part to uphold the Guinness tradition?” Fear not! We here at Submerge took it upon ourselves the arduous task of scouring the streets of Sacramento in search of the perfect pint. Don’t get stuck drinking green beer this St. Patrick’s Day—have some respect for yourself! Read on and discover the best place to gorge yourselves on sweet Guinness this March 17. 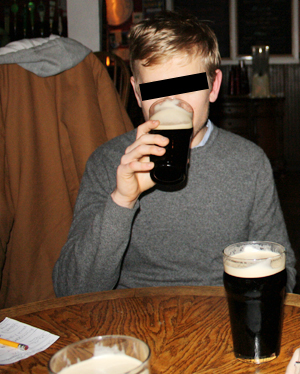 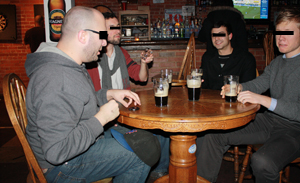 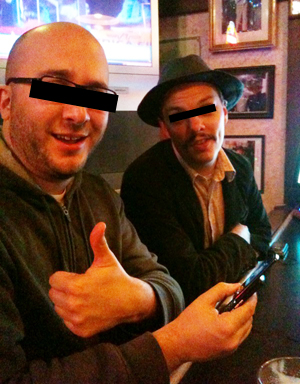 Our first destination on our epic journey. O’Mally’s scored favorably, but not exceptionally, in every category. $4.50 is a great price for a pint of Guinness, but it was served in a regular 16-ounce glass, thus leaving a small 4-ounce void in our souls.

Though the spotty cell phone reception in the back room made it difficult for Submerge‘s advertising director Jonathan Carabba to tweet, “beers at de Vere’s” on his fancy-ass iPhone, de Vere’s atmosphere and pour were both of the highest quality. A knowledgeable bartender schooled us on the history of the pub. Hell, Guinness even issued de Vere’s its own branded tulip imperial pint glasses. However, at $6 per imperial pint, how are we supposed to enjoy our favorite stout and still pay said fancy-ass iPhone bills?

If you like seeing boobs and fights—and let’s be honest, who doesn’t?—then this is the place for you. In fact, two scrums broke out during our time there. But don’t let Streets of London’s rowdy interior fool you, those comely lasses behind the bar can serve up a killer pint. Our pours were excellent, and at just $5 for an imperial pint, we had plenty of money left to invite Guinness’ best friend Jameson to the party. Now, who wants a head butt?

This is a quaint and neighborhood-y place—pretty much Streets of London’s cozy antithesis. We loved the atmosphere, but unfortunately, atmosphere doesn’t get you drunk. We paid just $4 for our regular pint, which is a good enough deal that we won’t miss our extra 4 ounces; however, our pour left much to be desired. Our bartender shaved off our bubbles from over the mouth of the glass. We mourned the loss of our foam dome by ordering a second pint.

Our final stop on our long and harrowing quest. We almost didn’t find the place because you have to walk through a lobby to get there, but all in all, Gallagher’s wasn’t all that bad. The pub is a part of The Broiler Steakhouse, but on this night, our only meal came in a glass. The bartender gave us a quick and loveless pour, and it showed in a flimsy head, but with a value that rivaled Streets of London, Gallagher’s was a fitting if not somber ending to our journey. 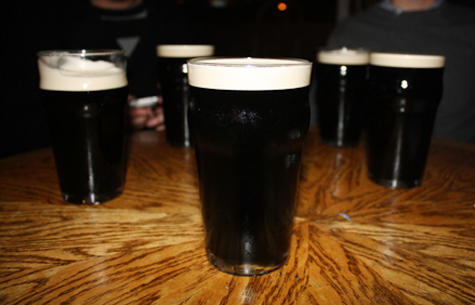 As you can see, we took a very scientific approach in this guide to finding the most perfect pint of Guinness Sacramento has to offer. We attempted to factor in “Taste” into the scoring, but it became quickly apparent—as scores rose into the stratosphere—that Guinness is like sex: even when it’s bad, it’s still really fucking good. Strangely enough, the more we had, the better it tasted. Go figure! But enough with the buildup, who was crowned champion in this perfect pint face-off? Obviously, the winner is you for deciding to celebrate St. Patrick’s Day with such a fine beverage (also, Submerge for figuring out a way to write off two nights of solid drinking on our 2010 taxes). We congratulate you! Wherever you find yourself on March 17, order yourself a frothy pint of plain, and know that you’ve made the right choice. But, you know, drink responsibly. 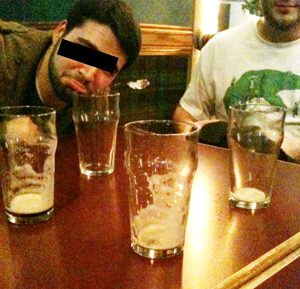