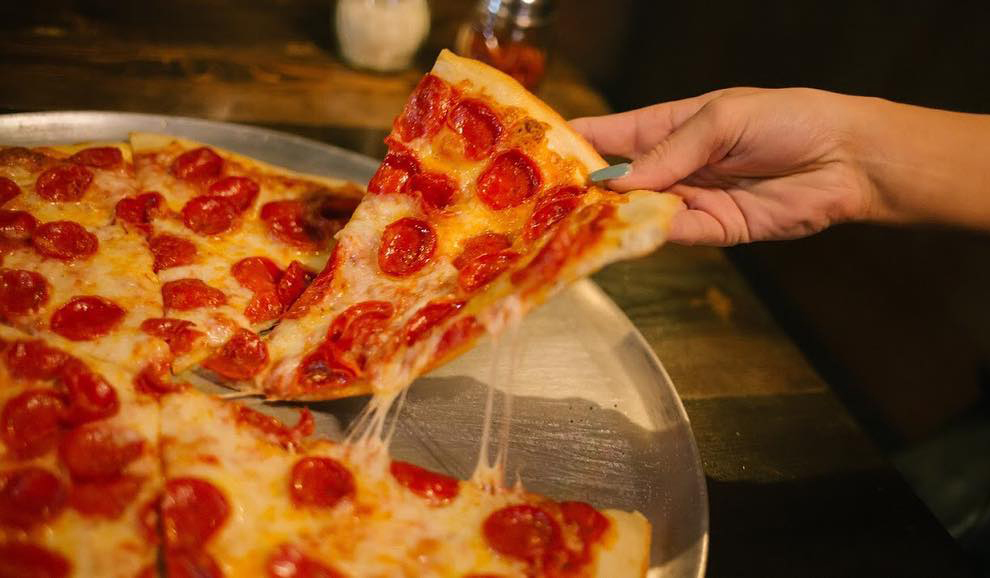 In recent years, the historic building that stands near the corner of 21st and P in Sacramento has gone through many changes. Most of my memories of this building were made when it was a music venue/bar/dance club called the Town House. There, I danced my way through many themed nights and drank my way through pints of neon regret. But, like they say, all good things must come to an end—especially when they are poorly managed and kind of sketchy. Soon after the Town House closed, it was turned into a rockabilly-meets-sci-fi theme bar and venue called the Starlite.

After a few good years, the Starlite closed its doors and the building with so much potential was once again shuttered. The group behind the Sacramento music venue Ace of Spades quickly jumped at the opportunity to turn the building into a bustling metal-themed, all-ages music venue called Holy Diver. That goal was accomplished in what seemed like merely days.

The building was already outfitted with a fully functioning kitchen, which caught the eye of the ownership team behind Highwater and Dad’s Sandwiches.

“This opportunity came up and we were like, oh my god! A fucking metal-themed, punk-themed venue with a kitchen and bar!” explained ownership partner Justin Isaacks. “I was like, you know what? We’re your guys. We’re the punk rock metal guys that know how to do food.”

Isaacks and his partners were welcomed to the Holy Diver family and quickly got to work. Their first job was to figure out what kind of food they wanted to serve. Their main focus was their crowd.

“We thought, what’s a type of food that you could consume while watching a show?” said Isaacks.

They quickly realized that pizza was the perfect portable option, and Pizza Cult was born. 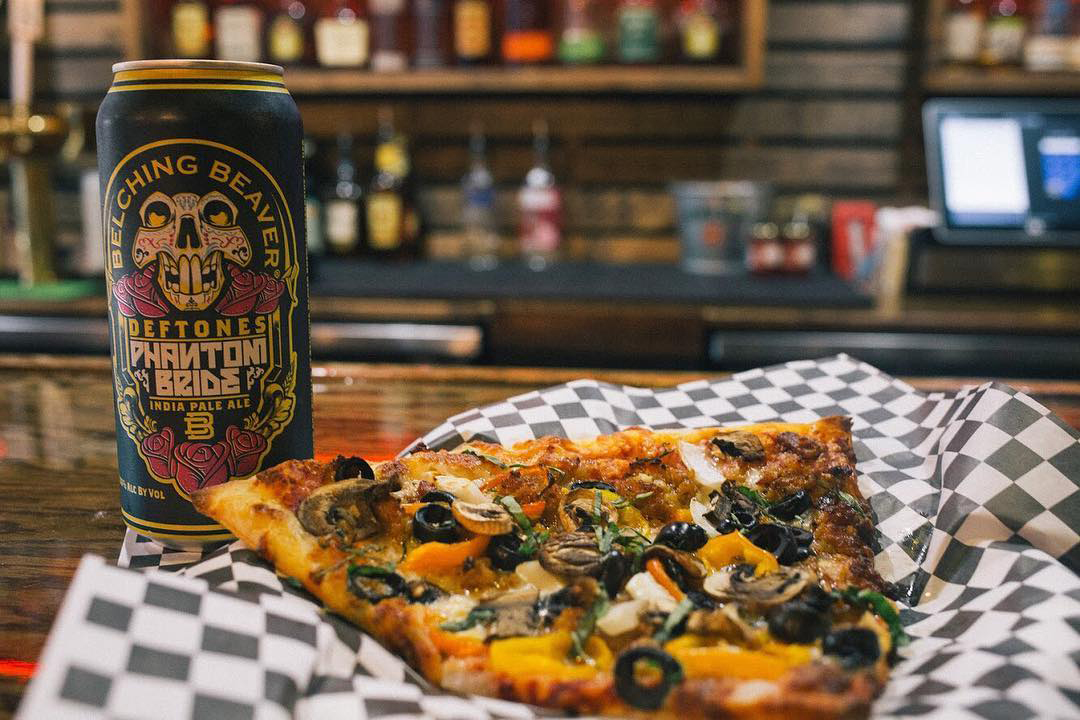 Pizza Cult pizza is best eaten inside Holy Diver. There, you’re surrounded by images of metal bands and concert posters while a rotation of hard rock, punk and metal pound throughout the whole building. The environment just feels right when ordering a slice called The Holy Diver (pepperoni) or The Judas Feast (Italian sausage, mushrooms, onion, peppers and black olives). And don’t worry if you don’t have a ticket to a show or if there is no show going on; Pizza Cult is open to everyone seven days a week from 4 p.m. –midnight.

The first thing I ordered was a slice of the building’s namesake, The Holy Diver, which is not your average pepperoni pizza. Right away I noticed the abundance of thick pepperoni that showered the top of the oversized slice. The pepperoni was also curling upwards, which I love.

Knowing there are an abundance of pizza places in Midtown, Pizza Cult spent a good amount of time tweaking and taste-testing a dough recipe they acquired to make it their own. I found the dough perfect for folding. It was strong enough to hold all of the toppings, yet not too thick.

Pizza Cult knows how to make a desirable slice that stands out when compared to the many pizza places in town, but they also have an addictive version of a staple of my youth: the pizza pocket. I wasn’t sure what to expect when ordering this nostalgic treat. Knowing only one version, my mind was filled with visions of weird metallic sleeves and freezer burn, but that’s far from what arrived. Since I went with a classic slice of pepperoni pizza, I decided on a pocket called The Motorbreath, which was filled with prosciutto, a roasted garlic cream sauce, basil and mozzarella cheese. The flavorful filling was piping hot and oozed out with every bite, but the star of the pocket was the light, delicate pastry that encased the filling. I was expecting the hard outer shell that we’re all familiar with, but this was so much better. 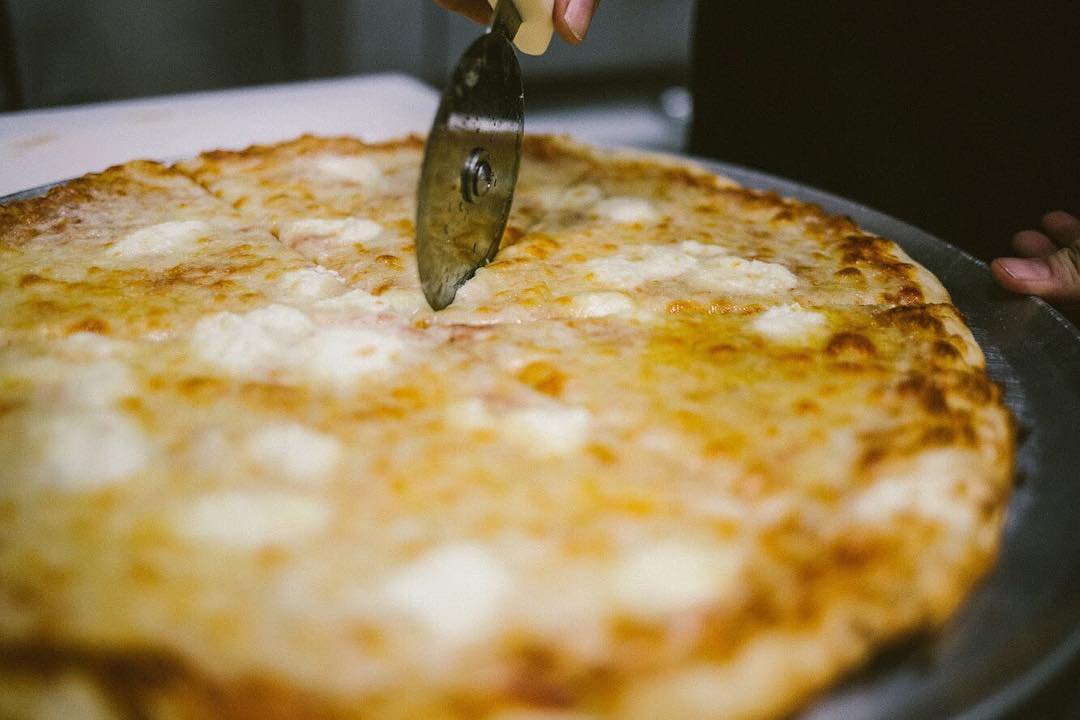 “It’s actually puff pastry dough which gives it that light, flakey consistency,” said Isaacks. “We tested other types of dough in the beginning, but this we found just set it apart from everything else.”

The pastry is so delicate that it’s a little harder to clutch in your hand and roughly bite hunks out of, but I would gladly trade in that convenience for the flavorful upgrade.

Pizza Cult even sells a vegan option called the Against Meat! At first, their distributor did not offer vegan options, but with a little convincing, that changed.

“Our distributor ended up getting a vegan cheese that’s really awesome,” says Isaacks. “It has a high melting point so when we do a whole pie and put it in the oven, it almost looks like real fresh mozzarella and it’s really good!”

The group at Pizza Cult wanted to make sure their vegan options were not an afterthought.

“If something vegan can be pulled off well, you know that there’s a lot of love that goes into it,” Isaacks continued. “You know people care, and a lot of times it can end up being better than the real thing, in my opinion.”

If you can’t make it over to Pizza Cult, they are more than happy to send a slice or pocket your way via apps like Postmates and Uber Eats, which work out great, especially for groups who want to order a variety of slices without having to get a full pie.

Pizza Cult’s menu is streamlined on purpose, which allows someone attending a concert to quickly glance and choose, but they do offer small bites like fried pickle chips, mozzarella bites and jalapeño poppers. Also, keep an eye out for punk- and metal-themed nights with pizza and drink specials. Their Heavy Mondays, for example, are a great time to head in and get a slice and a tall can for $7 after 9 p.m.

“We’re working within their walls, we fit to their mold,” said Isaacks. “They built this beautiful bar with all this awesome shit in here, and I think people dig what we’re doing and I think it’s getting better and better. The shows bring people in and they’re like, ‘Oh! There’s fucking pizza here? That’s amazing!’” 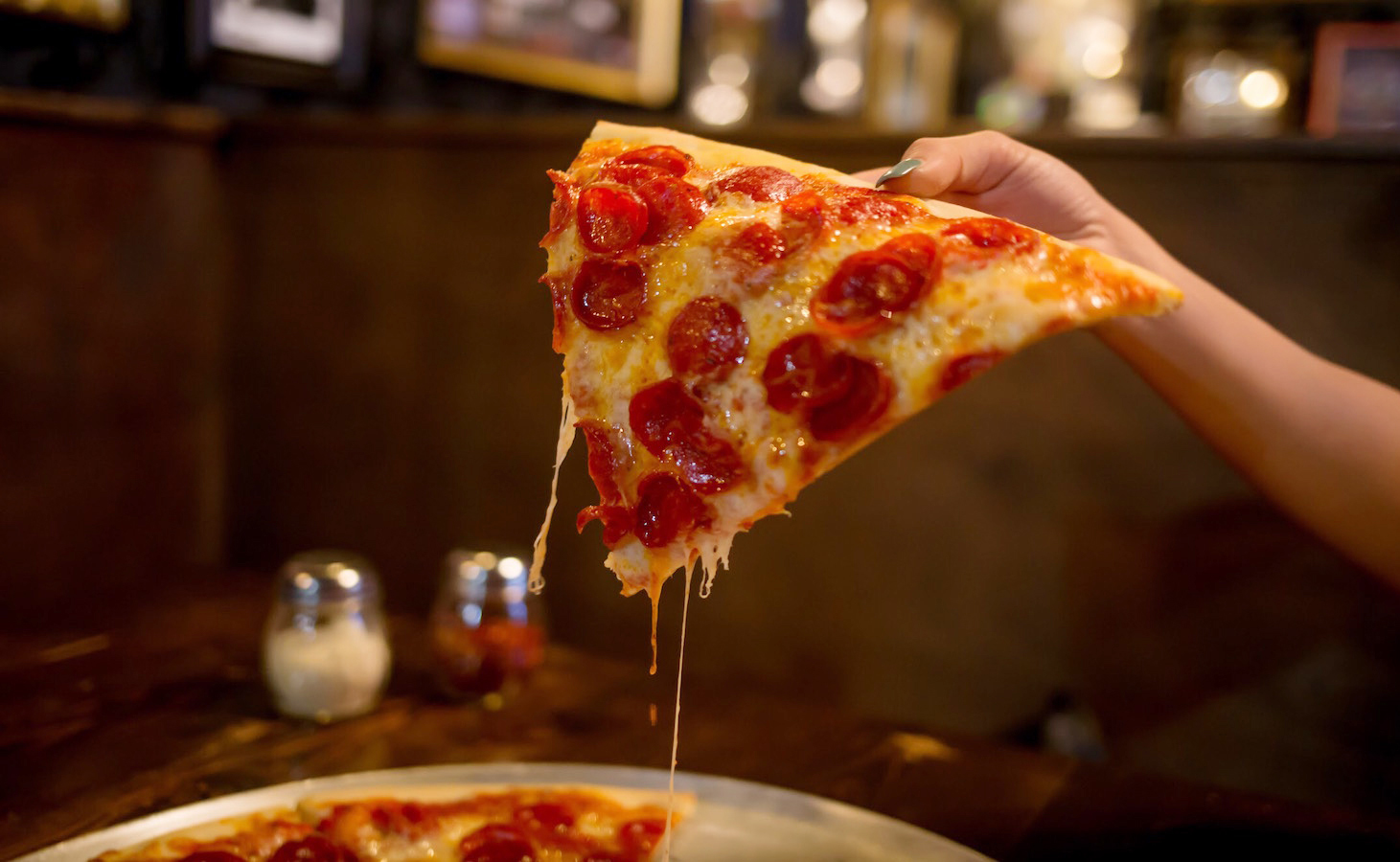