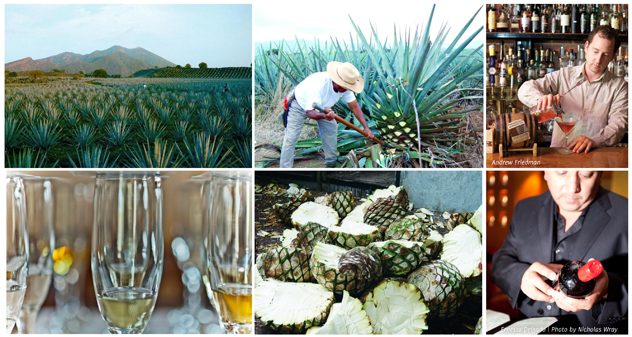 Look, when the Spanish conquistadors rampaged through the tribes of North America in the 16th century, there were long-lasting and devastating consequences. While they might have brought with them oppression, disease, chaos and Catholicism, they also brought a bit of knowledge—specifically knowledge about distilling spirits in copper stills. This is not to say the population of the Americas was dry and sober before their “discovery”; the Aztecs were already drinking by the time the Spanish arrived, but the alcohol content of pulque, their agave beverage of choice, is equivalent to a blonde beer.

While that might have been socially acceptable for the Aztecs, it was not going to cut it for an army of Spaniards who had just crossed the Pacific, murdered anyone in their path, and suddenly run out of hard booze. So, using the agave plant as their fruit, they developed a technique that would yield agave juice with a higher sugar content, and then distilled it according to western practices.

The result? Mezcal, a spirit now fundamental to the Oaxaca region of Mexico. For natives, Mexicans, Mexican-Americans and liquor connoisseurs alike, mezcal is the enigmatic beverage that embodies both a certain degree of authenticity and a particular taste. As Ernesto Delgado, owner of Mayahuel, said in a brief conversation and mezcal tasting, “The Spaniards perfected the process started by the Aztecs.” It’s been centuries since this beverage was discovered, created; yet, even today, mezcal is a complicated, sophisticated, emergent spirit that we can expect to hear more about in the coming years. On Aug. 24, 2013, the Sacramento Bartenders’ Guild will bring a series of informative seminars and tastings to Mayahuel as part of Midtown Cocktail Week, where mezcal will be the featured spirit of the day.

So what exactly makes mezcal so unique? Andrew Friedman, co-chair of the education committee for the U.S. Bartenders Guild and one of the organizers for the mezcal event, has a simple answer: “Mezcal means, in translation, juice of the agave. While all tequilas are mezcals, not all mezcals are tequila. Even pulque is mezcal.” In essence it comes down to the type of agave that is used to distil the spirit, and tequila uses only the blue agave, or blue webber, where mezcal can use any one of 28 different agaves to produce its mash—the combination of water and soon-to-be fermented substance.

There’s a lot to mezcal, almost too much. Explaining why he is looking forward to the seminars, speakers and producers at the upcoming event, Connolly nods, “There’s still so much for me to learn.”

Friedman, who also bartends at Liberty Bar in Seattle, is eager to spread the mezcal love. “Because so many people don’t know about mezcal,” he says, “we really just wanted to make it about the spirit itself.” Each of the experts we spoke with agreed that mezcal is part of the culture of Oaxaca. The production process itself speaks to the time-honored tradition of hand-crafted distilling and contemporary mezcalarias.

Once the agave plants have been cut down to a piña with a cöa—a large spade like tool with round edges—they are then roasted in the ground in a three- to five-day process. In a large dug-out pit lined with stone, acrid wood is burned to ash which is then topped with the piñas, or agave hearts. This is then covered with leaves and dirt and left for the better part of a week.

According to Friedman, this gets “the phenols to attach themselves to the agave hearts. They caramelize and get a rich flavor.” From here the hearts are turned into mash and distilled; then they’re ready to be served as mezcal. Unlike most quality liquors, however, mezcal is generally served joven, or not aged. This means that each experience with a new brand is raw, rampageous, and real.

“After drinking whiskey for years,” explains Friedman, “I tasted mezcal and something just clicked. Every mezcal you taste is going to be different. Agave takes eight to 25 years to grow, so each different batch is going to have different yeasts, a different flavor profile. Mezcal changes every year, with every batch.”

There’s a refined experience bottled up in this fiery drink, which explains Friedman’s transition from fine whiskeys to mezcal. The taste of mezcal is full of heat, smoke, earth, burn. Much like a good whiskey burns warm, down the esophagus and into the chest, a good mezcal pokes at the tongue delicately and almost seems to sear the back of one’s throat in the best, most unique way possible.

“The flavors are very earthy,” says Friedman. “Like wine, people describe a—this might sound strange—but a new tire taste, a little iodine. My first experience was with Topila, a very small agave. It only grows in the wild, usually on rocky soil. It was a rich almost rubbery flavor, but great.” The experience Friedman is describing here is this difficult hybrid of taste and feeling, the flavor and the bodily reaction to the alcohol itself. 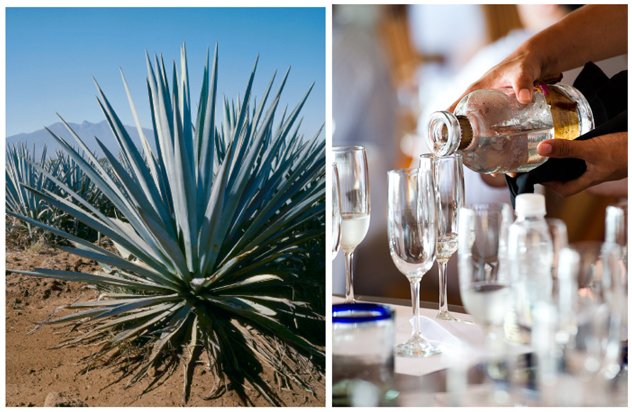 As such, Friedman notes that this experience isn’t for all drinkers. “Not everyone who likes tequila is going to like mezcal,” he details. “Just like whiskeys, scotches and bourbons, people like the different nuances, the less sweet, the more spicy. The same thing is happening with mezcal. It’s definitely a return to the artisanal. Also it’s a lot more expensive. The average cost of a bottle of mescal is about $45.”

To accentuate that high-end pricing, there’s also a spiritual side to mezcal. Folklore has it that drinking mezcal can produce a supernatural experience, a trip, a rite of passage, a hallucinogenic stumble down the pathways of your being. Freidman, having visited Oaxaca recently to see the production side of mezcal, saw first hand how locals hooked a turkey breast and placed it in the still, “so the boiling vapors will pass thankfully over the meat.” This traditional spirit drink is for special occasions, but nonetheless it’s an ingrained part of the community.

Describing how mezcal works on the mind and body after a prolonged sipping, Friedman imtimates, “it’s very low and very calm. You feel very connected, quiet.”

Ernesto Delgado, eager to show off his mezcalaria and increase the Sacramento’s awareness of this fine fermentation, agrees. “Mezcal is more artisanal. It’s made in small batches; it’s familial. It’s just uplifting, too intense to shoot.”

While speaking with us, Delgado happily pulled a few choice bottles off of his colorful Oaxaca-inspired shelves to try. We sipped three different producers: Pierde Almas Joven, San Juan Alipus, and El Tinieblo Joven. The Pierde Almas, our second favorite, burned on the tip of the tongue with a direct, aggressive flavor. The San Juan Alipus had the richest profile—a fruity scent, smoky, with a light burn that lingered on the back of the tongue, traveling down the back of the throat. This combination seems right for enjoying over a conversation with longstanding friends. Finally the El Tinieblo had a hot heat, a direct flavor that warmed the chest but felt most like a metal still in its bluntness. Unsurprisingly, as we had been told by mezcal enthusiasts, none of these different brands could be mistaken for the other despite their similarities.

So, whether you’re a longtime tequila drinker, a whiskey enthusiast, a native of the Americas, or a mild mannered magazine reader, feel free to visit Mayahuel on Aug. 24, 2013 during Midtown Cocktail Week for an introduction to mezcal. The bartenders and mixologists are already playing with this unique and nuanced distillation, and, as Andrew Freidman describes it, “It really is just a class for booze nerds.” Go on, geek out on the agave.