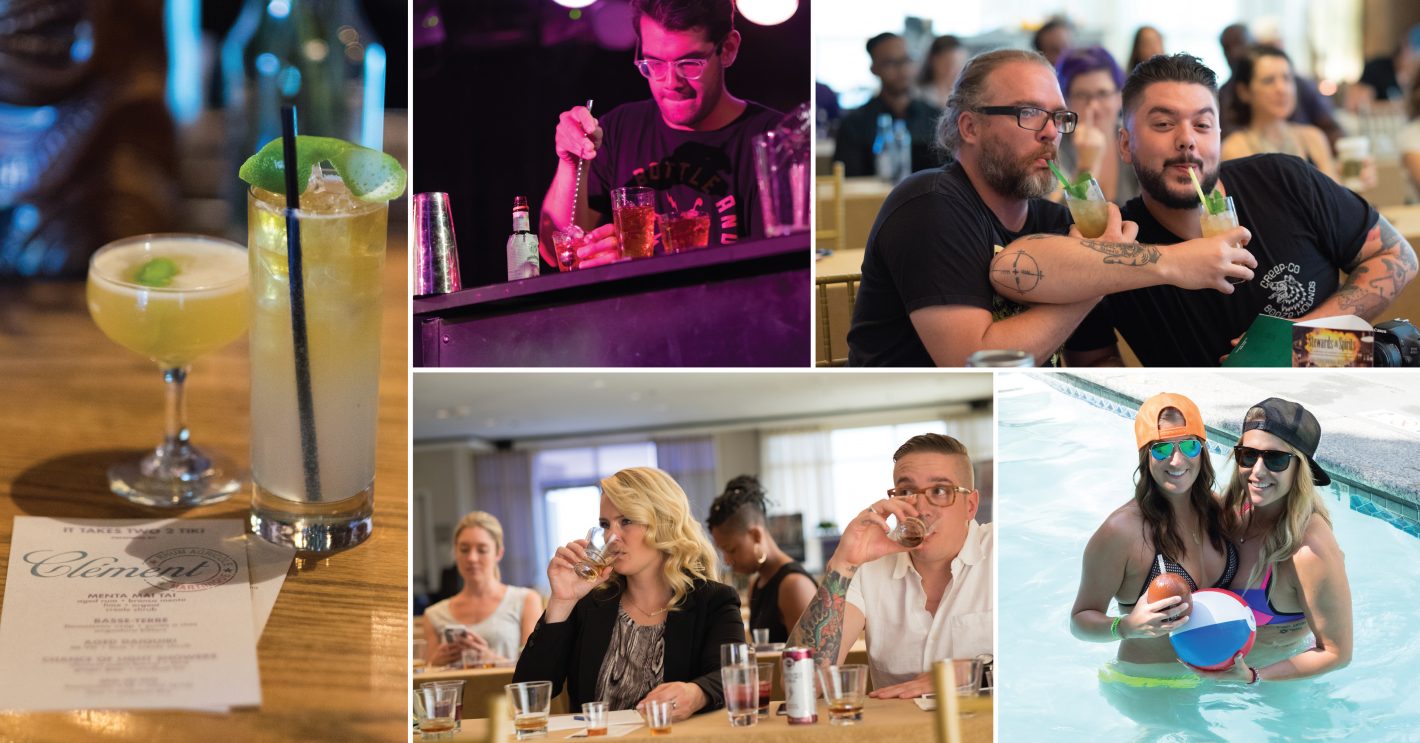 Sacramento Cocktail Week is here, and in its 10th year, it’s poised to live up to the pressure of being the premier, booze-filled spectacle of the season. With a legit lineup of parties, educational offerings, tastings and competitions, this year’s weeklong celebration of cocktail culture and fine spirits promises to raise the bar on the local craft cocktail scene.

The annual celebration of all things boozy is the brainchild of local cocktail shamans Erick Castro and Joe Anthony Savala. Cocktail Week hit the Midtown scene in 2008 as a vehicle to promote diversity and creativity behind the bar, while also showcasing the region’s thriving artisanal cocktail movement. A year later, the Cocktail Collective emerged, a veritable who’s who of local entrepreneurs in the food and spirit game who manage everything from securing participating venues and the best purveyors of everything spirited, to the mundane tasks of schlepping around town picking up donations and other odds and ends.

Oh, and while the week is geared toward those who imbibe, teetotalers can get involved as well. SCW isn’t just an excuse to knock a few back, it also serves as a fundraiser for the Sacramento Artists Council, a local nonprofit that helps keep music and art programs in schools, and provides at-risk kids with opportunities to engage with the local arts scene. So, if cocktails aren’t your bag, there are still plenty of reasons to come out and support the local food and drink scene.

For Kimio Bazett—one of the members of the Cocktail Collective and co-owner of The Golden Bear, Hook and Ladder Manufacturing Co., Bottle and Barlow and Kru Contemporary Japanese Cuisine—SCW is more than just a week to stay out late and get blitzed.

“There’s a huge educational component,” Bazett explains. “There will be everything from a heavy-ended brand ambassador pitch, there’s stuff about health and wellness, there’s stuff about the history of rum and home bartender 101. We try to make it so people aren’t just getting completely annihilated the whole time, which is tricky.”

So, if you’re parched for a preview of some of the spirited events that will be the hallmark of this week’s offerings, here’s a quick rundown of all the thirst-quenching activities that are sure to keep you bellied up to the bar:

Grab your kilt and hit the links at SCW’s second annual golf tournament at Ancil Hoffman Golf Course. The four-player, nine-hole “Best Ball Scramble” is a fun romp on the green without the pressure of having to keep up with the Tiger Woodses of the world.

If golf isn’t your bag, grab your blow-up flamingos and donuts, and head to SCW’s third annual pool party at the Hyatt Regency Sacramento. This splashy event promises sun, fun and drinks (duh).

Going back to school was never as cool as attending one of the four SCW education events being offered this day. Between exploring sustainability in the industry with “Stepping up Sustainability,” where panelists like Jim Romdall of Novo Fogo Cachaca and Camp Runamok Sheriff, Jennifer Colliau of Small Hand Foods and Eric Grenier of Jack Daniels will be discussing the process of moving toward eco-friendlier products; to “Don’t Put the Ass in Ambassador,” a session that delves into the intricacies of landing and mastering a gig as a brand ambassador with Kevin Dowell of The 86 Co., Andrew Calisterio of House Spirits and Andie Ferman of St. George Spirits, attendees are sure to get a full dose of industry secrets.

One of the premier events of the week, “The Art of the Cocktail,” also happens to land on Tuesday, when David Garibaldi opens his Midtown studio to the masses.Here, master chefs and bartenders will be creating bites and drinks inspired by the artists’ subjects. DJ Epik will be on the ones and twos, so you know it’s going to be lit.

It’s game on at Goldfield Trading Post, where your favorite bartenders put their vocal prowess (or lack thereof) on full display at the Cocktail Lip Sync Battle. Eight teams will be throwing down in a head-to-head competition where their lip-syncing skills will be put to the test while concocting some of their boozy potions.

Tap into your inner yogi at Hook and Ladder during the Kikori Industry Wellness Seminar. The event includes a 75-minute yoga class in the Yin style, Ikon highballs and fancy nibbles. Distilled in Japan, Kikori whiskey is a relative newcomer to the industry, and promises to delight the palate with fresh floral notes and a velvety smoothness to match.

For all of you crooners out there who couldn’t get in on the bartender-only lip-sync action at Goldfield on Wednesday, Kikori will be hosting its own karaoke night at the Red Rabbit. So warm up your vocals and prepare to strut your stuff while partaking in one of the Rabbit’s signature craft cocktails.

Whether it’s shaken or stirred, served up neat or on the rocks, there’s bound to be something for everyone at this year’s week of all things boozy. Happy imbibing, Sacto! Visit Sacramentococktailweek.com for a full run-down.