The Happy Hour Hound column is new, and for me, it’s a good reintroduction to Sacramento.

My husband and I recently moved back to the Capital after spending three years working, eating and homebrewing through San Francisco. Some things in Sacramento remain the same, e.g., Jerry Brown, not enough housing for the homeless and palms towering against the drought. Other things, however, have changed, such as the number of trendy restaurants in downtown juxtaposed with the number of vacant storefronts, both overwhelming.

Despite the new order, it is refreshing to still be able to sit with a friendly bartender and only pay $3 for a good beer. This is a mantra for the column. Semi-regularly, a Submerge writer will make that sacrifice and try a happy hour menu for you, ensuring that it is truly worth the $20 or less anyone should spend on forgetting the 11th hour of work.

Our first go at it, at Ten22 on 2nd Street in Old Sacramento, proved a lesson for the future: don’t go too hungry or you’ll end up ordering from more than just the happy hour menu. For the purpose of this column, however, I’ll only discuss the first $20. 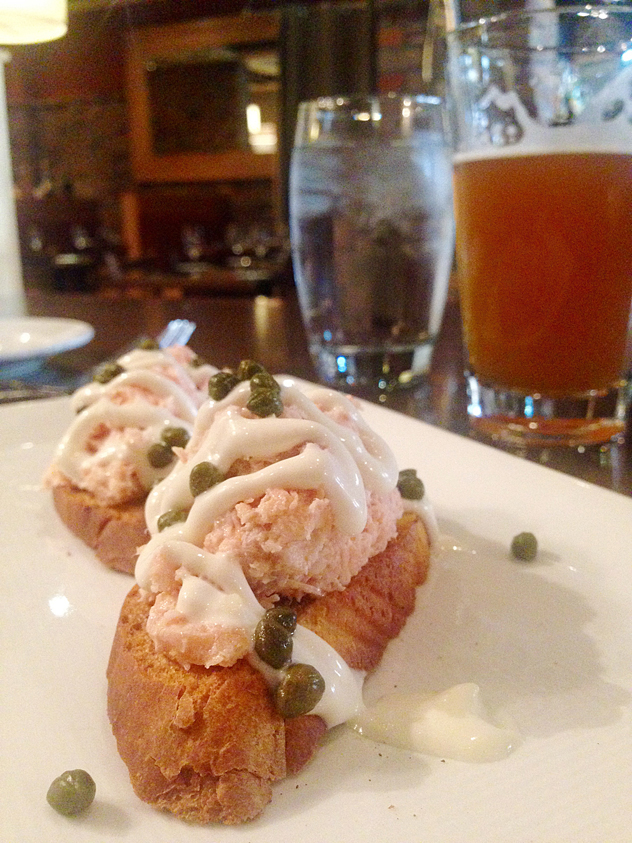 The menu features a farm-to-fork approach when able, along with several vegan and gluten-free options to appease the entire foodie spectrum. To top it off, Veregge and his team create unique cocktails, beer and wine pairings to go along with their seasonal meals, which is a nice touch to an elegant but reasonably priced New American eatery.

The happy hour selection is not too extensive, but it includes food items for $6 each that don’t appear on the regular dinner menu. If you’re looking for a snack to help settle that $4 well cocktail or $6 sangria mixed with a summery peach liqueur, you have some small but hardy options. 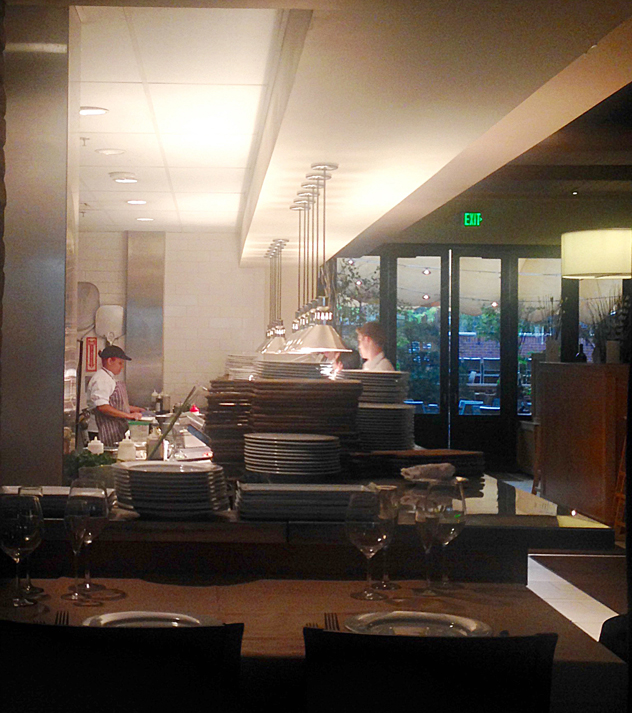 We chose the salmon toasts and the chef’s choice Mission Street tacos to pair with an American River Brewing River Bend Hefeweizen and Auburn Alehouse’s Shanghai Oatmeal Stout on nitro.

The local smoked salmon is piled high on grilled bread with aioli laced across the top. Each order comes with two delicious but overall ordinary toasts. The tacos on this particular night came with fried chicken, an interesting twist. The crumbled cheese, fresh cilantro and onion, and sweet sauce all sat well together, but the chicken was chewy instead of having a nice, soft center in that crisp exterior. For the price, I’d try my luck at the three tacos again and see which protein the kitchen tries the next go-around.

Here are the happy hour foods we didn’t end up trying because of the menu’s bias toward fried food: fried chicken sliders, fried oysters, beer-battered fried vegetables and nachos libres with the protein of the day.

We also kept to just beer, but I am interested in trying a cocktail next time. And yes, there will be a next time, but my recommendation would be to order the duck confit pizza for $19 and a beer for $3 and you’ll still be pretty damn close to the happy hour bill.

That pizza, smothered in meat, figs, caramelized onions, arugula and balsamic is heaven, especially with a side of hops.
Perhaps a personal pizza could be added to the happy hour menu in the future? 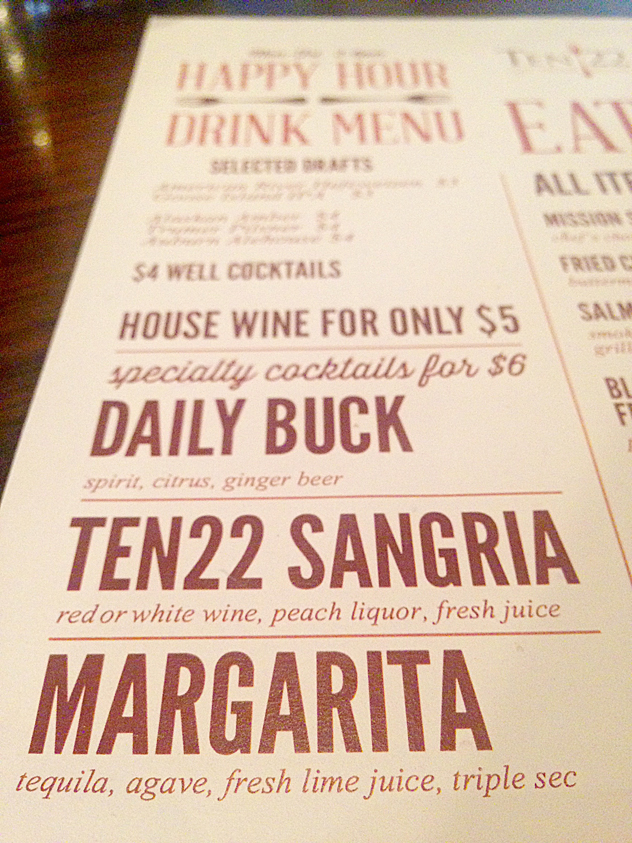 Pros:
• Great service: Our bartender, Maria, stayed busy but attentive and knew her beer. The high-back bench tables next to the bar are a comfortable way to spend the hour if you’re looking for something cozier than a barstool.
• Perfectly chilled, fresh beer: The selection is seasonal and everything on draft was impressive for what I wrongly assumed to be a touristy Old Sacramento bar. It’s nice to see local selections beyond the usual.
• Free valet: If you don’t want to walk the 15 blocks we did to get to Old Sacramento from Midtown, check in on Facebook, Yelp or Foursquare for free valet. Just keep some cash on you for tip.

Cons:
• The free live music starts after happy hour, from 7 – 10 p.m.
• The lychee martini is not a happy hour menu item.

Happy hour total: $19 and a dozen smiles from staff. Overall, it was a good hour.