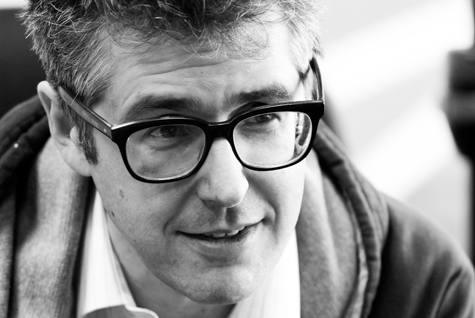 If National Public Radio had a rock star, it would probably be Ira Glass. Sure, the mild-mannered, bespectacled 51-year-old may not have the same physical mystique as your run of the mill pop icon, but this is radio we’re talking after all. As the voice of This American Life for just about 15 years and over 400 episodes, Glass and his team of producers have uncovered stories that are sometimes intensely personal, occasionally political and in most cases universal. In so doing, This American Life has garnered a rabid following–and so has its charismatic host. In fact, a cursory search for Glass on Google may reveal a picture of a tattoo of Ira Glass’ face displayed prominently on a young lady’s calf. Glass says at first he thought, “It was such a strange thing to do,” until he spoke with the person in question.

Though the fans’ adoration may be focused on Glass, the host and executive producer of This American Life refuses to take all the credit. He says the show’s team of producers has gotten so good at their jobs, that he’s had to learn to take a hands-off approach with many of the stories that make it on air.

“When we first started putting the show on the air, I would have to be involved heavily in every single story,” Glass says. However, that is no longer the case. “It’s weird, because I feel at this point that they could really do the show without me… I’m not saying that as false modesty. They’re the best radio production staff in the country. If you wanted to make a radio documentary, these are the people you’d want to make one with. They’re better at this than anybody…they’re as good as anyone certainly. So, that’s humbling.”

Still, it would be impossible to imagine This American Life without Glass. Instantly likable and good-humored, his voice is the perfect complement for the show’s thought-provoking, entertaining and indelibly human tales of life in this large and infinitely varied country. With an upcoming live speaking engagement planned for the Mondavi Center of the Performing Arts at UC Davis, Glass granted Submerge a phone interview during a cab ride through New York City. Other than This American Life, our conversation turned toward The Jersey Shore‘s Snooki and karaoke. Needless to say, things got pretty personal.

As someone who does a lot of interviews, what’s your take on being interviewed? Is it something you’re comfortable with?
More or less, now. When the radio started, and people would interview me, and I would do the interviews to publicize the show, it was really, really strange. The truth is, I would spend the entire interview identifying more with the interviewer than with myself. In my head I would be editing the interview and listening to my answers and feeling disappointed. I would be thinking, “What’s my lead? What’s the beginning of this piece and what’s the end of this piece?” I would be rewriting their piece over and over. I feel like I’ve been able to shake that. But that was really hard.

I read in a recent story about you–I think it was from February–in the Los Angeles Times, that you felt a sort of protectiveness for Snooki from The Jersey Shore. I was wondering why that is?
Well, if you’ve seen the show, she seems kind of vulnerable, and her feelings get hurt. I think I have the normal human reaction that they’re trying to evoke with the show. I feel like I’m not even imposing that on the show. It’s like I’m simply following the feelings I’m supposed to be having.

Do you watch the show regularly?
No, but I’ve seen a bunch of them. I’ve seen four or five of them at least. It’s not my favorite show, but I was curious.

Do you think the years doing This American Life has helped you empathize with many different kinds of people?
I think you either empathize with people or you don’t. Either you’re stuck with that or you’re not.

[At this point, Glass excuses himself so he can exit a taxi and pay the driver.]

I just had a really weird experience, where this singer, Lucy Wainwright Roche, she asked me to sing a duet with her for a live show she did a couple months ago, and it went pretty well. So, where I’m coming from is like, literally, we went into the studio and recorded the song we’d performed live.

Have you done any singing before?
I have not done any singing. I’m not an especially good singer, so what it’s like when you hear it–and she has this bell-like, perfect voice–and so what it’s like listening to it is like hearing someone’s shoe scrape across the floor and then someone who can sing coming in. You know what I mean? Or–maybe I can think of a better one–like listening to Scooby Doo sing a duet with an angel [laughs]. That’s how it feels to hear us sing.

I’m kind of a sucker for karaoke, but I can’t sing a note.
Me too. I love karaoke. And that’s kind of my level.

Do you have a go-to karaoke song?
I do, but now I feel like you’re asking a question that’s so unbelievably personal, I can’t even answer it. I’m going to use my safe word here. Thank you, though, for asking.

I’d read that the television show is on hiatus right now, but, other than television being a visual medium, was there a big difference in your approach to picking stories for television as opposed to radio?
In some way they were the same. We needed the stories to have real story arcs, and have characters in a situation where something was at stake and then they go through some sort of change in a very traditional, dramatic way. But the thing that is so radically different about television is not only that you have pictures, but that you want to be there when the story is happening. On the radio, people will come in and tell us the story of something that happened 15 years ago, or five years ago or one year ago. Television, you really want to be there with the camera filming it, so it’s much harder finding stories that are good enough, because you want to be filming it in real time. It’s very difficult.

Does working with stories related through memories as opposed to stories unfolding in front of you change your approach to them?
Sometimes people’s memories aren’t very good. There are stories that we’ve killed, because someone remembered something wrong, and we found that out going through the fact checking. Once you have the tape, it’s not so different. You need the story to lay out the same kinds of beats and the same kinds of changes, whether it’s somebody remembering something, or you’re filming right in front of you.

It’ll be 15 years that you’ve done This American Life later this year. Has doing the show over that time shaped your opinion of the country?
The country has changed in the 15 years since we’ve been doing the show, but I don’t feel that doing the show has given me a perspective that I didn’t have as somebody who was just reading the newspaper or something. I think this is one of those instances where the question is more interesting than my answer, I’m afraid.

It seems that the country is really divided down party lines. You feature a lot of regular people on your show. Have you found that to be the case?
I think that it’s true that people are split into factions, but I think ther’s this enormous gray area where a lot of us reside, where we’re not sure where we stand on a lot of things, and we have a lot of beliefs about things, but they’re not so fixed and firm and doctrinaire. I still think that–we’re not a silent majority–but we don’t hold to the hot-head beliefs that are heard on television, but I think that’s sort of obvious.

I think that the way most people think about politics, and the way most people feel about themselves and this country doesn’t make it into the press. I think that’s still true, how every group feels misrepresented in the press–religious people do and minorities do, women do, and if you would ask them about it, children do. I think everyone feels misrepresented, and rightly so. It’s still rare for there to be stories in the press where people seem human-scale and relatable and like real people and acting the way real people act. I just think there’s an enormous gap where the way most people live their lives in this country isn’t captured by the way the media covers people, partly because of where the media points its cameras and partly because of the tone that gets taken.

Do you think a show like yours sort of levels the playing field?
I wish I was pretentious enough to think that we’re leveling the playing field. I feel we’re trying to do something different, but I don’t feel like first and foremost we’re a force for good in the world. I feel like mostly what we put on the show is stuff that we find amusing and interesting and fascinating, and that’s our primary mission. Along the way, we get people on the show who aren’t the people you see everywhere else, and they get portrayed in a way that isn’t exactly the same, but I have to say, even for us, that’s a secondary concern. We want stories that will be really entertaining and emotional and pull you in and not let you go. 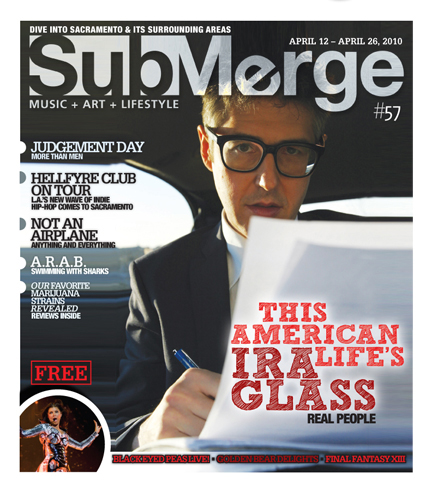