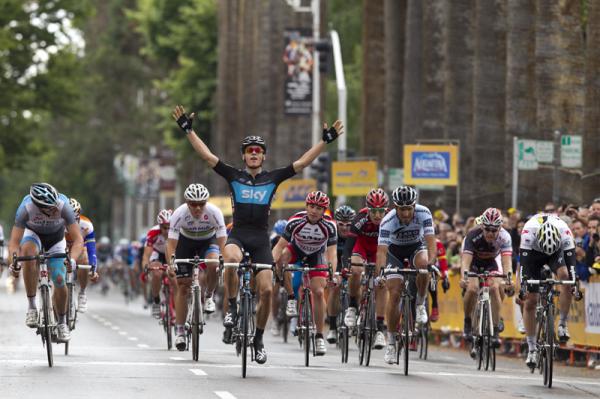 Just last week it was announced that America’s largest and most prestigious cycling event, the Amgen Tour of California, is returning to Sacramento in 2014. The race is a Tour de France-style cycling road race that will see some of the top athletes in the world travel more than 700 miles throughout some of our state’s most scenic (and challenging) terrain. Stage one of the eight-day race will start and end at the State Capitol on May 11, 2014. The following day, Folsom will host the individual time trials (stage 2). This is the first time Folsom has hosted the tour. Sacramento previously hosted 2009’s prologue as well as stage finishes in 2007, 2008, 2010 and 2011. The event is highly sought after by towns and communities, as it brings in tons of money and media attention. In Sacramento, it’s estimated that the event will draw 65,000 to 70,000 spectators, 2,700 hotel room nights and $8.5 million in economic activity. Other California host cities include San Jose, Mt. Diablo, Monterey, Cambria, Pismo Beach, Santa Barbara, Santa Clarita, Mountain High, Pasadena and Thousand Oaks. For more information, visit Amgentourofcalifornia.com