We Want the Funk

Sacramento’s Ideateam puts their spin on influences new and old

Anyone ever asked to step up to a classroom-style white board to write down some answer they didn’t know probably had an abridged Hail Mary prayer running through their head, hoping that a light bulb would go off and save them from the painfully drawn-out scene soon to follow. Even without the pressure of a time limit and a group of judging eyes upon him, 26-year-old guitar player Justin Butler still found himself at the mercy of an empty white board late one night after returning to the studio from an explosive two live sets he had just finished playing with his newly formed Sacramento funk band, Ideateam.

Luckily for him, though, the light bulb he needed went off at just the right time.

“I remember wiping it all the way clean, and it was just a blank board,” he says of the band’s rehearsal set list at the time. “And for whatever reason that concept came to me at that point. And it was fitting.”

Butler is referring to three symbols he thought of in that moment of reflection, which, coupled with the then-million-dollar question facing Ideateam, ultimately became the name of their debut album: And What Now (&!?).

Nearly two years later and after some key new additions to the group (mainly in the horn and percussion sections), the nine-man ensemble has finally picked a release date for their long-awaited project, to be held on Oct. 31, 2014, at Harlow’s, an album premiere party and live performance alongside local acts ZuhG and James Cavern and the Council.

While this would be their official inaugural show for the album, the upcoming Harlow’s gig is far from Ideateam’s first rodeo.

Even before completing And What Now (&!?), Butler and fellow guitar player/bandmate Tim Snoke say they’ve been playing live fairly consistently for the past year. Whereas they used to think two gigs a month was busy enough, now they say they’re having to turn down offers because of how booked they are already.

“It’s one of those things where you don’t want to sound full of yourself or anything, but people continually say things that blow me away more and more,” Butler says. “When you have a good friend of yours who also happens to be a musician, and they tell you you’re their favorite band in town, that does something to me. That’s a really humbling thing to be told.”

The reason behind their bubbling reputation could lie in the unique sound Ideateam brings to the table, says Tim Snoke.

“There’s like a groove-based music [here], but there’s kind of a flavor that we retain that I don’t see a lot of other groups doing around town,” he says. Snoke also believes groove and dance-based music is making a “turnaround in this area” and that people are starting to embrace funk as a comeback genre again.

Drawing inspiration from artists new and old from Mandrill and the Meters to more contemporary bands like Orgone and Lettuce, Ideateam’s music resonates like a nice mashup of classic funk and soul with sprinkles of Latin jazz and even nuances of reggae thrown into the mix.

“I’ve heard it described before as a pretty powerful sound,” Butler says. “I mean, it’s heavy.”

While both guitarists agree that much of their success thus far is of their own doing, they also say their friends in the Sacramento music scene—which is pretty tight-knit, according to Butler—have been a huge help by letting them open for different bands in the area and build a name for themselves.

“I would just like to say for the record, we have really awesome friends who have been super generous that we’ve just known in the music community here,” Snoke says.

“We definitely had some people champion for us,” Butler adds.

As polished as Ideateam sounds on their studio record—where each instrument was tracked individually and layered as opposed to recording one group take at a time—Butler and Snoke say seeing the band live is truly an experience to behold in its own right.

“It’s different,” they both say simultaneously. 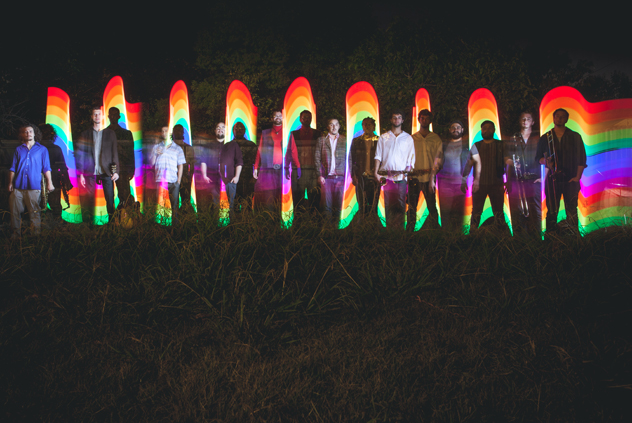 On stage, Ideateam’s lineup consists of a three-man rhythm section, two on percussion and three on horns with one extra member, Garrett Wildgust, contributing vocals every now and then.

Butler and Snoke are on the guitars, Kyle Pulskamp plays bass, Joe Carusi handles the drums, Mark Miller and Chris Ryan manage the saxophones while Josh Cambridge toots the trombone, and Mike Ruiz—the madman of auxiliary percussion—taps on and shakes up an array of instruments to fill in the pockets of any given song.

The band has performed as far north as Chico and as far south as San Francisco at the Boom Boom Room blues club on Fillmore Street.

A typical Ideateam set will feature a couple songs from their album (which are practically ancient to the team nowadays), a few new songs they’re prepping for their upcoming project and then some even newer material that they’re just starting to refine now. They’ll also play some B-side covers for all the crate diggers who are wise to the hidden gems of those funk and soul classics.

“I kind of like that there’s going to be those few people out there that when we do play those more deep cuts that they’re like, ‘Oh yeah!’ ‘Cause I’m that guy at a concert,” Snoke says.

Although Ideateam has only played regionally as of late, Snoke and Butler say they’d love to take the band on a West Coast tour starting up in Washington and going down to Southern California. Realistically, however, Butler says an effort like that will take some thorough planning for a band of this size.

“Truth be told, our real restrictions are our day jobs,” he says. “Otherwise we probably would have gotten out of town already and just done it.”

Their jobs range from Farm to Fork restaurant chef to delicatessen worker to professional musicians. Butler and Snoke work together at an E-commerce company mediating online transactions for vendors in the hardware and lighting fixture industry. It figures that at least a couple of Ideateam members would be dealing a lot with light bulbs on a day-to-day basis.

Still, even with their daily life limitations, Butler and Snoke are trying to stay optimistic about their musical futures.

Being grounded in the now and looking further down the road is a balance Ideateam constantly has to wrestle with. Making that leap into full-time musicianship is something they’re open to but also cautious about at the same time.

Snoke says he would love to see that happen one day but that mainly he’s focused on the dynamic of the band right now and evolving their music.

Butler says he agrees with Snoke in that regard. Yet, he also says a decision on Ideateam’s future will have to be made eventually.

“I foresee us approaching a fork in the road at some point next year where we’re going to kind of have to look around us and be like, ‘OK, we’re investing an incredible amount of energy times eight, times nine. What are we doing?” he asks.

Alas, the crucial question still stands for Ideateam: And what now?

As a young and up-and-coming band with so much momentum behind them, it’ll be interesting to see where they take it from here. So long as they stick to their funky jams and keep the feel-good music coming, I have a feeling they’ll always have a place here in Sacramento. Or wherever they end up going, for that matter.

It’s not just a CD release party, it’s Halloween at Harlow’s Oct. 31, 2014! To quote ZuhG’s facebook invite, “It’s time for Sacramento to get a freaky dose of spookygroove, so pop those eyeballs out and get your skull prepared to be electrified.” Doors for this 21-and-over show are at 8 p.m., with a $12 cover. Celebrate Ideateam’s CD release along with ZuhG and James Cavern and the Council, and stick around for the costume contest. For more info, visit Facebook.com/ideateamband. 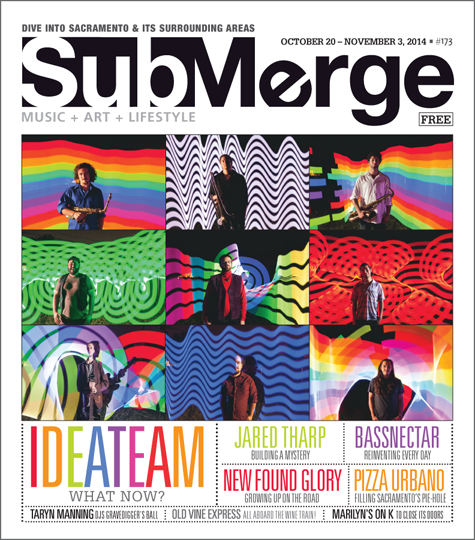