Just Be Scared of Everything. It’s Easier That Way. 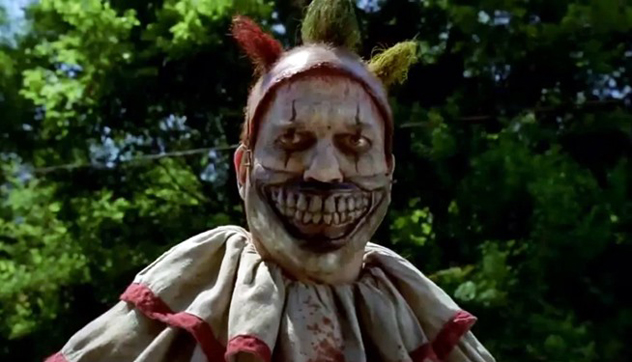 I don’t have cable television, but I’m kind of grateful for it. All the pictures I’ve seen on the Internet of Twisty the Clown from the recently debuted American Horror Story: Freak Show are just too—well—freaky. It’s bad enough he’s a creepy clown, but the dude’s got no freakin’ lips. C’mon, man. I’ve got enough to be afraid of as it is. I mean, Ebola, obviously.

As I said, I don’t have cable, so I’m kind of stuck watching the news. Not cable news, thank God, but local network news. Local news only lasts 30 minutes or an hour or whatever. Each story is carved into neat little chunks that I can easily digest. And the weather is the main attraction. There’s a preview at the top of the program, an even more seductive teaser tucked somewhere in the middle and usually the most enticing tidbit of weather foreplay immediately before the forecast is revealed (just after this commercial break). Cable news really irks me. I can’t deal with the top crawl, the bottom crawl, the sports scores that cycle too fast for me to read who won the game, the side graphics and the split-screen talking heads all crammed up on my flatscreen. It makes my eyes bleed, which I hear is what happens to people with advanced cases of Ebola.

And that’s the other thing that bothers me: Ebola. Ebola Ebola Ebola… Ebola. I mean, seriously, Ebola.

Here’s a few Ebola-related headlines from Google News that I found while trying to figure out what to write for this week’s column (important note: I didn’t actually read any of these articles):

“What If Lots of People have Ebola-Proof Blood?” from NBCNews.com. (I mean, that would be great, right? I guess there wouldn’t be much of a problem if lots of people had that. Let’s just send those people into Ebola-ravaged areas and let the virus just kind of nuke itself out of existence. I’m no doctor or whatever, but it seems like a pretty solid strategy.)

“Castro Offers to Co-operate with U.S. on Ebola,” from Aljazeera.com. (Damn! Fidel Castro?! I guess it’s true that people really can come together after years of mistrust and feuding in order to combat a common and far more deadly foe. Maybe, if this is true, something good can come out of the worst outbreak of Ebola the world has seen since the virus was discovered in 1976, a burying of the hatchet between the United States and Cuba… Also, shit, I didn’t realize Fidel was still alive. Dude’s gotta be a billion years old by now.)

“What’s More Disturbing Than Ebola? The Outrageous Commentary,” from CNN.com. (You’re right, bro. A virus that makes your eyes bleed and vomit blood, with no real cure or vaccine, that as of this writing has killed more than 4,500 in western Africa? That’s only mildly disturbing… But douchebag columnists (ahem) and misinformed morons on the Internet writing about it? You’re right, that’s a fucking nightmare.) 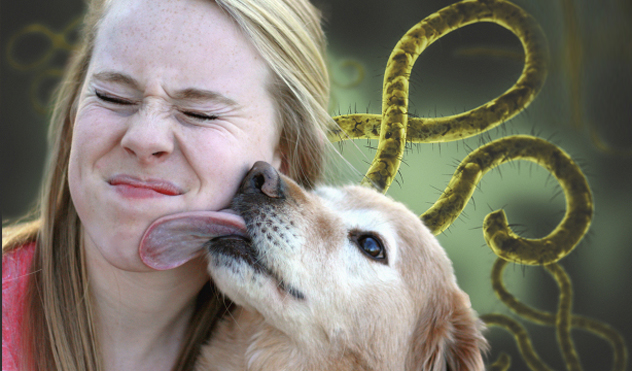 And finally, my favorite, “Reality Check: Does Ebola Affect Dogs and Humans in the Same Way?” from NBC Bay Area News (NBC: killing it on the Ebola coverage). This one I did kind of read, mainly because I care more about dogs than I do about people. Kind of like how Americans only really cared about Ebola when one guy in Dallas contracted it and not in all that time prior when thousands in Africans were dying from it. I mean, dogs are just better than us. That’s not opinion; that’s science.

The gist of the article is that basically even though we know more about Ebola than we ever have before, we have no idea what the virus does to dogs.

“So, can dogs be carriers of or get Ebola? If they can get infected with the virus, are they contagious to humans and/or other animals? And, should we treat dogs exposed to Ebola like humans and quarantine them?” the article asks. It later refers to a study done after a 2001 Ebola outbreak in Gabon that found that 25 percent of dogs developed antibodies to the virus, though none of the dogs had developed symptoms. (See, dogs are just better.)

But could you imagine if your best friend, that little fluffy puppers-face that you love playing fetch with and to whom you give copious belly rubs could actually carry some awful virus that would make your eyes bleed? That’s even scarier than Twisty the Clown. I mean, just barely, but it still is.