Keeping California Positive with Rob on the Road’s Rob Stewart 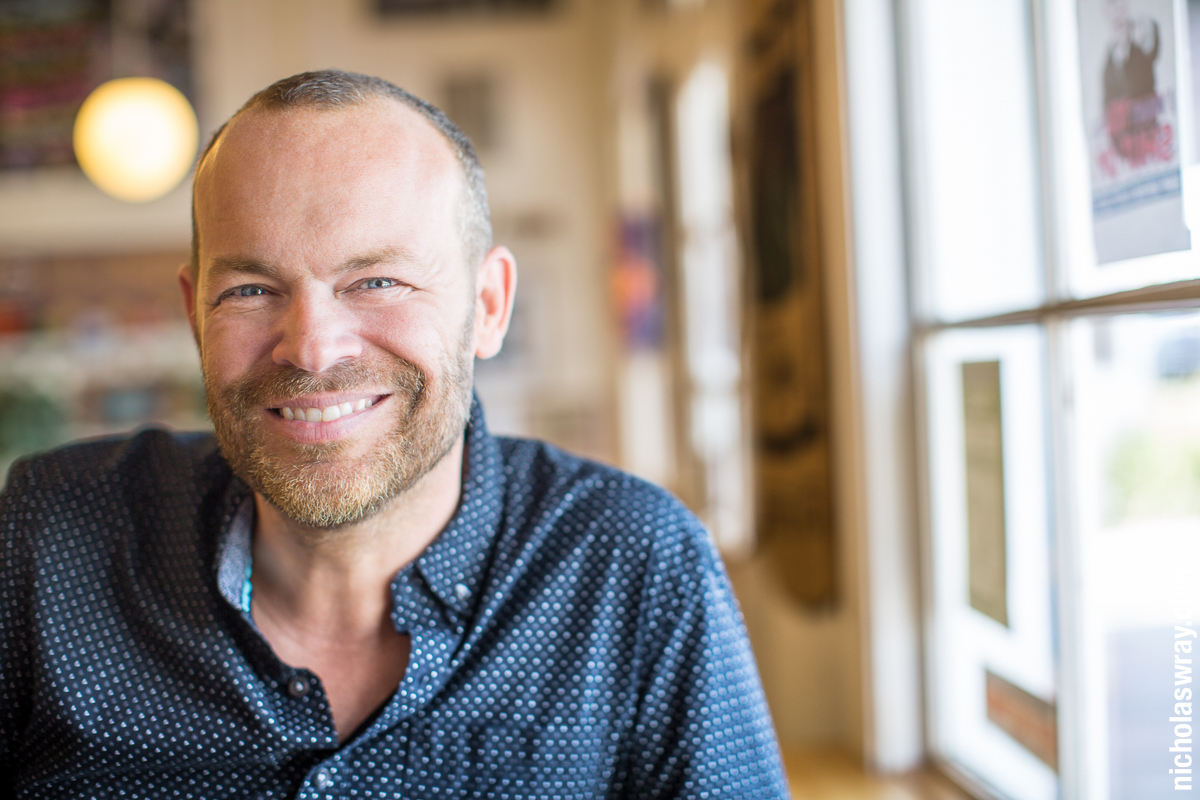 It’s always refreshing to turn on the television, peruse the channels and come across the warm smile and enthusiastic spirit of Rob Stewart, host of KVIE’s Rob on the Road. Stewart’s engaging personality always lures me in. Being a lover of California, I’m forever searching for new adventures and Rob on the Road provides that, taking viewers all over Northern California and beyond to explore the people, places, history and beauty this area has to offer.

Stewart’s personality shines as bright, if not brighter, in person. During our conversation we talked about his upcoming shows, how his life has changed over the last few years and, of course, Huell Howser.

After viewing just one episode of Rob on the Road it’s easy to see why some compare Stewart to the legendary Huell Howser, host of the long-running PBS show California’s Gold.

“Every single day someone says to me ‘We’re so glad you replaced Huell,’” Stewart says with a smile. “I quickly say, ‘I didn’t,’ because there’s no such thing. You cannot replace Huell Howser. He’s irreplaceable. All we’re doing is trying to continue the same spirit of exploring California.”

Howser did take notice of what Stewart was doing up north and decided to pay him a visit.

“When I started, Huell came to Sacramento with advice on how to do the show. He was such a sweetheart and a gem,” says Stewart. “Huell and I went and had hot dogs someplace over on Fruitridge Road, there was no place to sit so we sat out in the parking lot on the curb and he said, ‘I just want you to know I feel like you’ve got the heart to keep doing what I’m doing. I wanted to tell you that I think you have my heart.’”

Howser’s blessing means a lot to Stewart and it shows in his on-air gusto. Stewart reflects, “I think that one of the things that makes us similar is that we both came from outside of the state and we’re able to look at California with a fresh set of eyes.”

Stewart was a news anchor in Philadelphia and in Wilmington, Delaware for the PBS member station WHYY prior to moving to Sacramento in 2008. When Stewart arrived in California, he had a couple of paths to choose from.

“I had an offer that was full-time at another station in town and a part-time offer at KVIE,” says Stewart. “I accepted the job at KVIE because I knew I could do some fun feature segments that could be positive and uplifting.”

Branching off of his show’s success, Stewart is expanding programming through subseries under the Rob on the Road umbrella. One such subseries will focus on Highway 99.

“We’re going to hit up everything under the sun along the highway,” says Stewart. “The first one is going to air in May and we’re going to Marysville/Yuba City.” There Rob will be exploring the historic Bok Kai Temple. He will then travel to Stockton and play with one of the local sports teams.

Rob on the Road: Heroes and Helping Hands is another subseries that is annual and sponsored by the law firm Murphy Austin Adams Schoenfeld. This heartfelt series shares stories of inspiration and hope. One of this year’s features will focus on inmates of Folsom State Prison who are turning their lives around in a program called CALPIA (Prison Industry Authority). Prisoners in this program learn job training skills to use once they are released. This episode will premiere March 21 on KVIE. 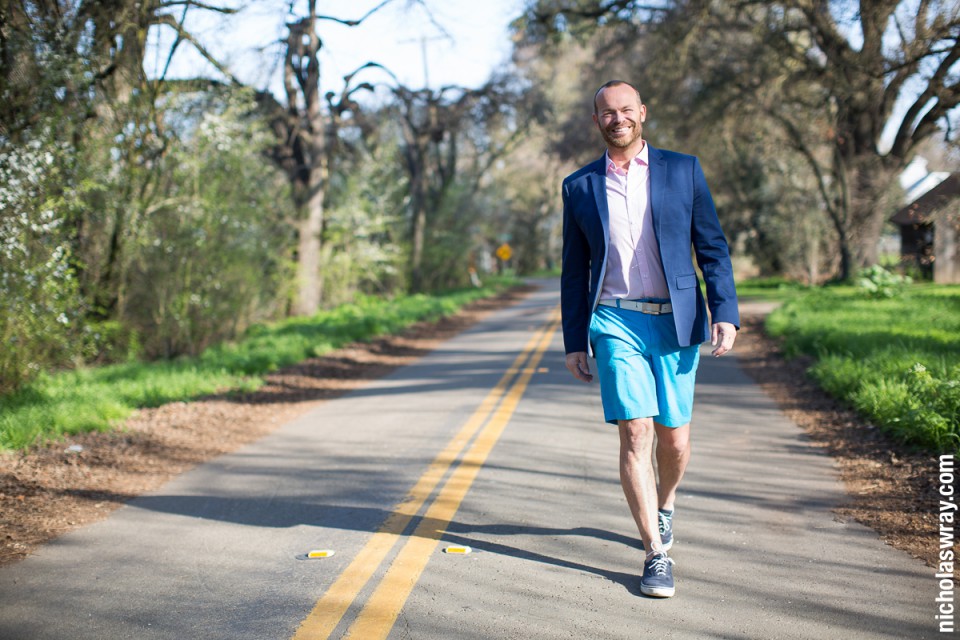 Stewart is very passionate about spreading positive and uplifting messages as well as sharing his own inspirational journey. This is evident when glancing at his Instagram, which serves as a public journal at times. “It’s true, I love Instagram,” Stewart explains. “I tend to put more personal stuff on there than on my Twitter or Facebook page.”

It was on Instagram where I first discovered a more intimate, personal side of Stewart. He is an open book when it comes to his life and chooses appropriate outlets for his expression.

Stewart backs up his message with actions by donating his time to many causes and immersing himself in projects that help others. He MCs Sacramento Gay Men’s Chorus events and has been active for the LGBT community center. He is equally active for juvenile diabetes and ovarian cancer research.

“My dedication to any cause is equal as long as it is doing something to help somebody else,” Stewart says. “I want to use the platform of Rob on the Road to plant positive seeds no matter what it’s about.”

Less than three years ago Stewart’s life was much different, but he chose to make some drastic changes that allowed him reinvent who he is.

“I was overweight and eating and drinking too much,” Stewart explains. “I want people to know they can turn their lives around. We can stop bad habits that do not serve us well. At any age we can go through radical change to help us live our best lives. It’s not easy, but it’s worth every bit of it.”

When Stewart’s longtime relationship ended he decided to escape from his comfort zone, quit drinking and move from the suburbs to the city. Once in Sacramento, he began to immerse himself in the community and hasn’t looked back. 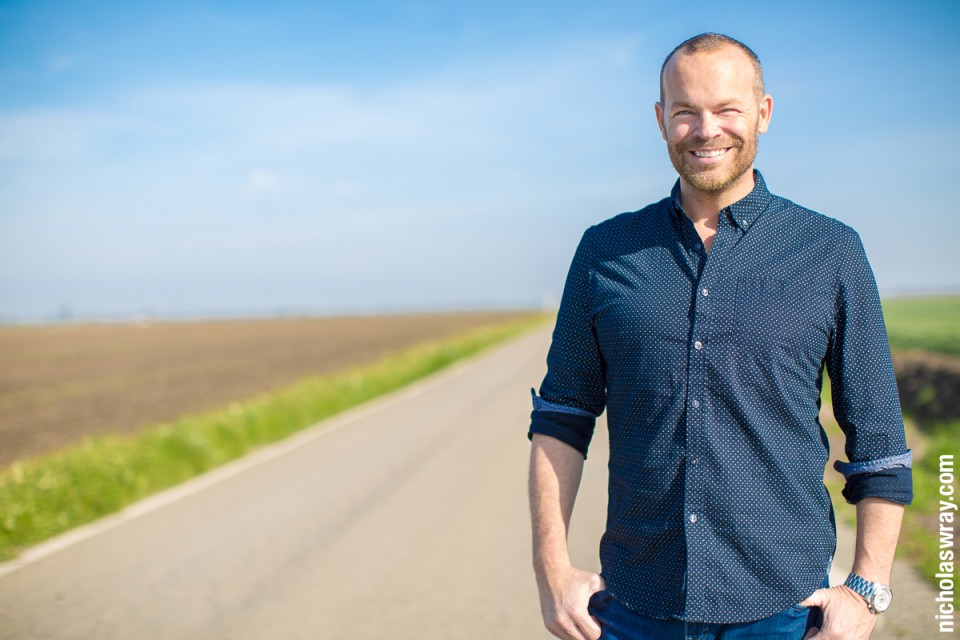 “I can promise you that everything you’re searching for is right outside of your comfort zone,” Stewart continues. “And sometimes that comfort zone is really not that comfortable when you start to look at it. Ultimately, set yourself free.”

Rob on the Road airs Mondays at 7:30 p.m. on KVIE Public Television or online at Robontheroad.org. Rob on the Road: Heroes and Helping Hands will air March 21, 2016 on KVIE.