Make That A Triple! 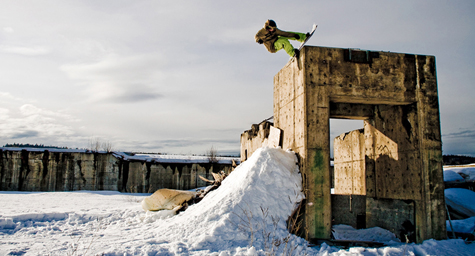 Torstein Horgmo has pushed the envelope

On Saturday, June 5, in the dead of summer on a glacier in Norway, 23-year-old professional snowboarder Torstein Horgmo changed the sport forever when he landed the first-ever triple cork caught on film. That’s three off-axis rotations, or diagonal flips, if you will, completed in one huge-ass jump. Two days later, Horgmo uploaded a minute-long clip featuring the gravity-defying trick to his website (www.torstein.net) and to his Vimeo page, and within hours the video had gone viral, sending a shockwave through the industry that left jaws on the floor all around the world. The same day the video was uploaded, Snowboard-mag.com posted a link suggesting that the trick be called “the Cosmonaut,” because, “Homeboy looks like he’s in one of those anti-gravity planes.” The next day, Espn.go.com said, “Everyone knew it was just a matter of time, but how many guessed we’d see it this season? Or, for that matter, on the Internet first?” This brings up a good point: traditionally, riders and film producers save the biggest and best tricks for their video parts that premier in the fall, but Horgmo has embraced the power of the Internet. “I just wanted to put it on my website; I thought that would be cool,” Horgmo recently shared with Submerge. “It’s a little unusual, people usually put all their bangers in their video part, and I have it in my video part too. We had so many angles of the trick and after all that effort I kind of just wanted to get it out right away.”

He added, “I didn’t expect it to be that big. That was crazy.”

The video part Horgmo refers to is in The Storming, the newest offering from Tahoe-based snowboard film pioneers Standard Films. Horgmo’s part features multiple camera angles of the triple cork, so don’t fret if the one-minute clip available online now has left you hungry to see more. The highly anticipated film will see its Sacramento-area premier on Saturday, Oct. 16, 2010 when Ground Zero Board Shop will host a giant premier party at Barcode with live music, giveaways and more. In the following interview, Horgmo chats with Submerge about landing the now infamous triple cork (on a bum ankle, mind you!), what it’s been like working with Standard Films on The Storming and other flicks, a nearly career-ending injury he sustained a few years ago, as well as his thoughts on the current state of the snowboarding industry. 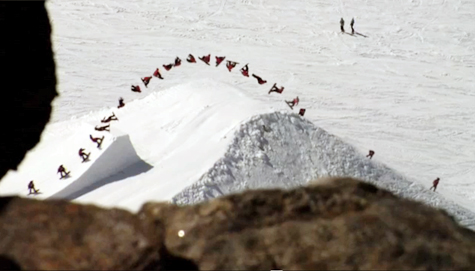 So we’ve just got to talk about this, I’m sure everyone in the world wants to talk to you about this: the triple cork! That trick is mind blowing. Tell me about it, how did it feel to ride away from it?
I was in a lot of pain, so once I landed I didn’t really have any pain anymore, you know? I just wanted to get it out of the way. I was so happy that the pain was just overwhelmed. Everyone that was there was super stoked; the vibe that was in the air was…I don’t know how to explain it. It was just a crazy day.

Had you tried it a lot before landing it?
It was just like one session during the day. The glacier was open, the lift was running and stuff, so we just kind of set up the jump and had that closed off. The jump was so high-speed we didn’t want people to get hurt coming in from the side or anything. We just started the session, and I was feeling the jump a lot, so I just kind of decided to go for it until I landed it. It was only a couple hours, you know, between setting up the jump, warming up with some mellow tricks, like I did a couple double corks, and I just wanted to get it out of the way after that. I think I gave it six tries, and then landed it on the seventh.

That’s a lot mellower than I had imagined. I was thinking it was this big hyped-up type of thing that took days to set up.
I didn’t want anybody to know about it. I just told the filmer that I wanted to try it, so we figured out the jump, figured it was going to be perfect for something like that to be tried on, you know? I just drove down with him, the main filmer, he’s a skier/filmer and had a skier crew on the jump and none of them knew I wanted to try it either until that day. I didn’t want any hype to get out there or whatever.

I want to talk about The Storming. Are you stoked on how your part turned out?
Yeah for sure. Out of the time I had on my hands with the season and what I had time to shoot, I’m super happy about how it came together. Luckily I ended up with a lot of shots that I wanted and a lot of sessions came together randomly so I got some stuff I didn’t plan, too. I’m really happy with how it came together; I’m super into being a part of how the shot order comes together and stuff, too, so luckily I got to work a little with Travis [Robb, filmer] in Squamish [British Columbia, Canada], that was fun too.

How do you like working with Standard Films?
This is the third film with them. I love working with those guys. I’ve learned so much over the last three years. Those guys are triple OGs in the backcountry. They just take me to all these sick spots and show me some amazing snowboarding. Just thinking about all the movies they’ve made and all the legendary riders who have filmed for Standard before. Being a part of the new generation over there has been sick.

What’s it like going back and forth between riding in contests and filming for video parts all year? Do they feed off each other or take from one another?
I think they definitely help each other out. If I’m out filming one week and just focusing on getting the stuff I want on all the spots properly, getting them just right, having long sessions with good friends, it’s a little bit mellower. Going from that into a contest maybe helps you not stress out too much on the contest scene and definitely helps your style a little bit too. Going from a contest week into filming again, the tricks you have in a contest like in a slope-style run, if you want those tricks in your video part, you’re definitely more prepared going into the backcountry with how those tricks are feeling, you know, and it helps decrease the amount of tries you spend getting a shot.

That’s interesting to hear that, because I feel like a lot of snowboarders are like “fuck the contests, I’m all about the free riding,” and some riders are the other way.
That’s right what you’re saying. They’re two completely different scenes. A lot of riders at contests, they just do contests and they have a different mentality. Some of the things they do and how they act, I can feed off that in both worlds–other stuff I’ll be avoiding. I still snowboard to progress myself. That’s always been the funnest part of snowboarding to me is learning new tricks, like when I was a kid and I would learn something new every time I snowboarded. Every time I was at a contest I pretty much learned a new trick and progressed myself. But, you know, I wouldn’t have started snowboarding or pushed to have made it to where I am today if it wasn’t for the inspiration I got from the snowboarding videos, too. It’s been a huge goal for me to be able to film video parts as well, so I just want to keep doing both.

I read somewhere that a few years ago you broke your back at a contest! What happened there?
It was just super shitty weather. I showed up a little late to a contest and didn’t have any practice time. The day of the practice was the day of the qualification. I was just coming out of the holidays. I was stressing a little bit about figuring out what I wanted to do on the run, and we only got minutes to ride on the course. It was foggy and windy. I couldn’t see shit. They almost considered blowing the whole thing over, calling it off, but they kept running the practice. They had four jumps in a row and on the fourth jump I got a gust of wind or something and all of a sudden had super speed and went way too far and overshot the jump. I landed on my butt and bounced around like crazy and that was it.

That must have been depressing for a young, up-and-coming athlete to all of a sudden be in that situation where you can’t perform. Did you think you’d be snowboarding again so quickly? Because you were back on your board in a matter of months, right?
Yeah, I just didn’t really think too much about it. I didn’t need surgery, I knew that. When I got back home to Norway I talked to athlete doctors, or specialists or whatever, and they told me that it was just going to take time but I was going to be fine. I was like, “There’s no way! I am coming back from this. I am going to be snowboarding again real fucking soon.” There was no way that was going to set me back. I think that helped a lot, thinking like that all the way through.

What’s your take on the current state of the snowboarding industry? With guys like Shaun White taking it so far into the mainstream, the sport has more spotlights on it now than ever. Do you think it’s a good thing for the sport?
That’s just naturally happening, and I’m trying to evolve myself with it, you know? I think it’s kind of exciting. There’s always some stuff that’s going to be shitty, but there’s a lot of good things coming out of it too. With more corporate stuff happening, there’s more money involved to put on bigger and better events, and we can see sick movies like Travis Rice’s movie That’s It, That’s All, I don’t think that would have happened if the sport wasn’t growing so fast.

How many riders do you think are out there trying to learn triple corks into a foam pit somewhere?
[Laughs] I don’t know, dude. I don’t really know how foam pits work. 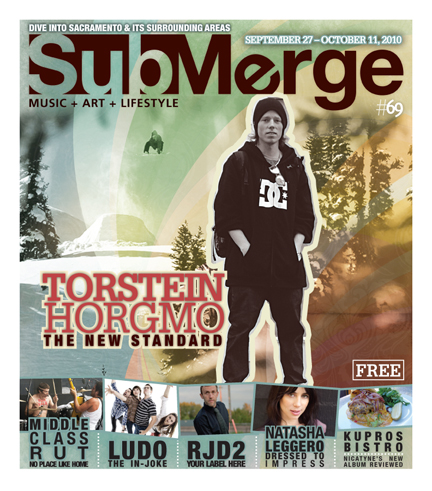 Don’t miss the premier of The Storming feat. riding from Torstein Horgmo and a slew of other amazing snowboarders on Oct. 16, 2010 at Barcode. Doors open at 6 p.m. and tickets are $13 in advance (available at all Ground Zero locations) and $15 the day of. Admission comes with a free lift ticket to Sierra-at-Tahoe or Northstar-at-Tahoe. All ages are welcome.