Outside the 9-to-5: Remembering The Man in Black 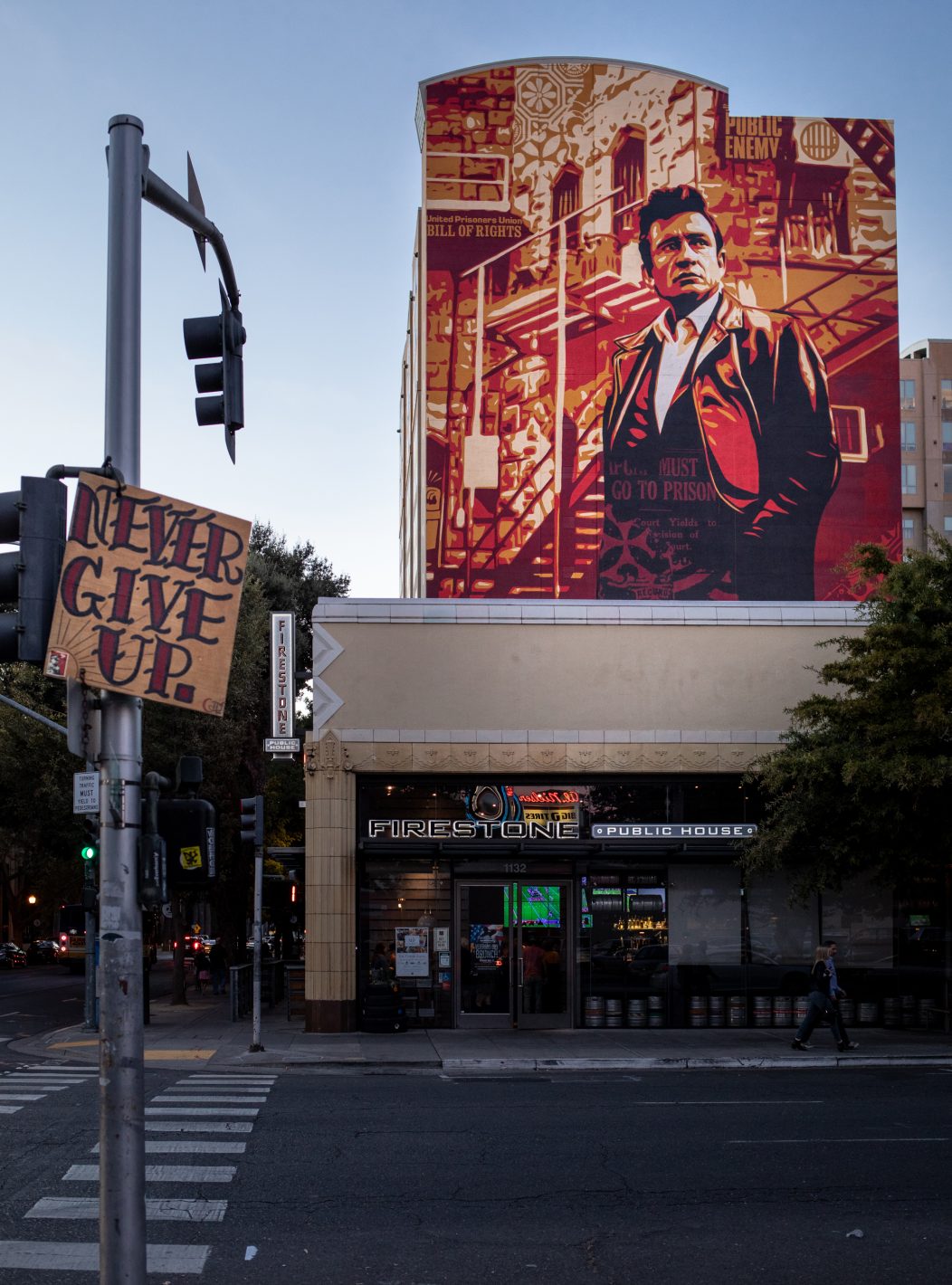 I hear the train a comin’,
It’s rollin’ ‘round the bend,
And I ain’t seen the sunshine
Since, I don’t know when …

Cue the bar attendees sing-along as Johnny Cash’s voice booms through the building: “I’m stuck in Folsom Prison, and time keeps draggin’ on.” Cash’s significance in Sacramento has ramped up in recent years, largely in part to the recent portrait mural in downtown created by graffiti artist Shepard Fairey, a trail system dubbed “The Johnny Cash Trail,” along with half of the Folsom Prison Museum being devoted to Cash himself. Many know that Johnny Cash performed at the Prison back in 1968, and most Sacramentans can reproduce “Folsom Prison Blues” in a deep, raspy tone, but is the general population aware of why any of this went down, and why we celebrate him? I wasn’t, so I did some digging and in the process had a fantastic day all over Sacramento County. 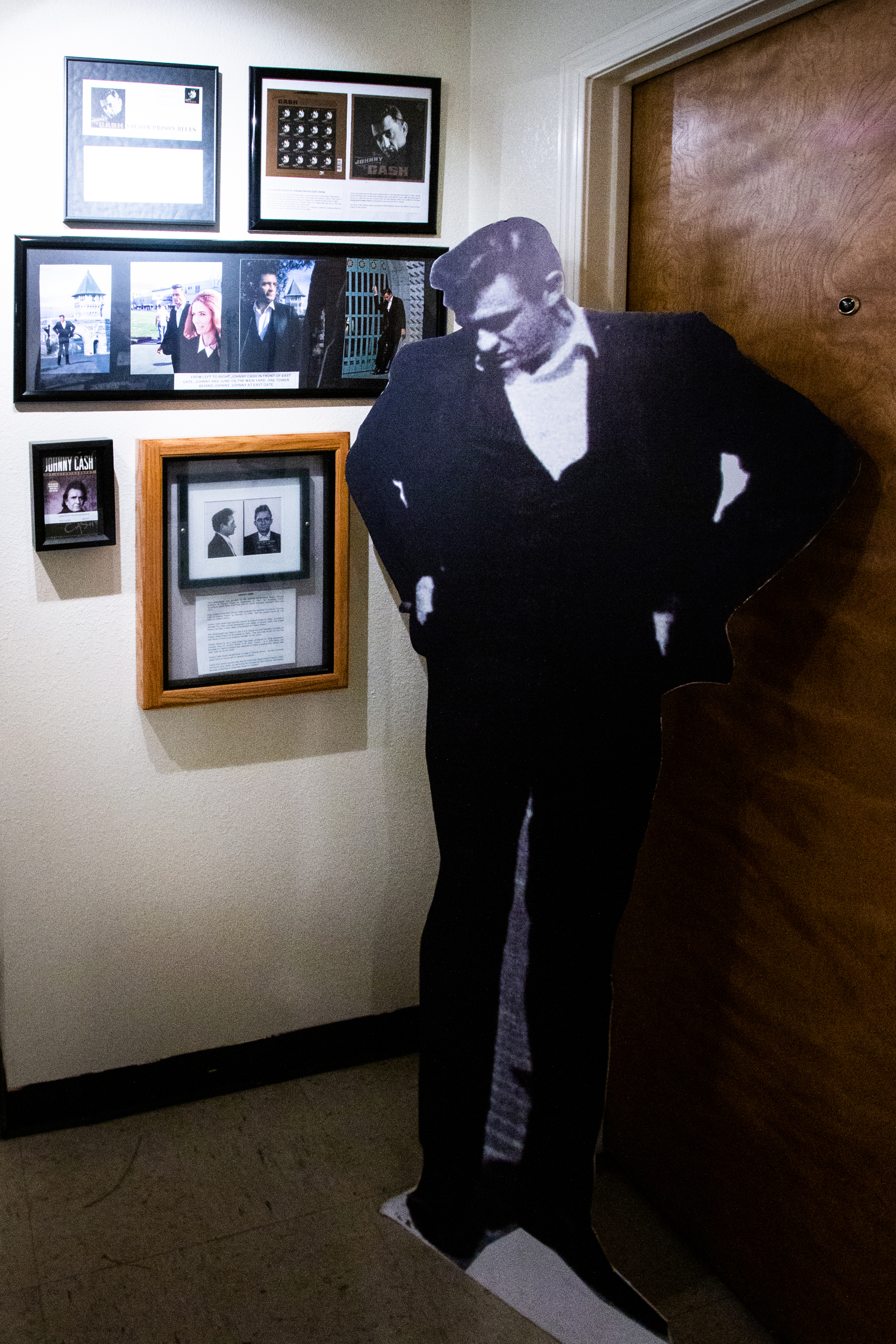 But first, some background on the legendary artist and his ties with Folsom:

The story most commonly told discusses how Cash’s performance brought traction to the City of Sacramento; how he wrote a song about Folsom Prison, performed said song at the prison, recorded the show live, the album exploded in popularity and the rest is history. The story less told goes as follows: In 1951, Cash resided in West Germany while serving in the U.S. Air Force. After seeing the film, Inside the Walls of Folsom Prison, Cash was inspired to write a song involving prison life. Songwriter Gordon Jenkins had recently released a piece sung by Beverly Maher entitled “Crescent City Blues.” Innocently, Cash took the melody and many of the lyrics from the song in creating his world renowned hit, “Folsom Prison Blues.” When the mid-1970s came along, Cash ended up paying Jenkins a $75,000 settlement following a lawsuit.

With Cash’s desire to perform at a prison, on Jan. 13, 1968, his live recorded album, At Folsom Prison was recorded in front of nearly 2,000 inmates. For a plot twist, years later a documentary about the show at Folsom Prison was created, and according to screenwriter Michael Streissguth, the hoots and hollers during the line “I shot a man in Reno/Just to watch him die,” were spliced into the track in post production. Whether the cheers were real or not, Cash’s legacy is not a fallacy. Although a few details of Cash’s life were “lost in translation,” perhaps intentionally, he remains an integral part of our community since 1968. An entire day can be spent exploring the Sacramento tributes to The Man in Black, and in the future we can look forward to more park openings and art installations in his name. 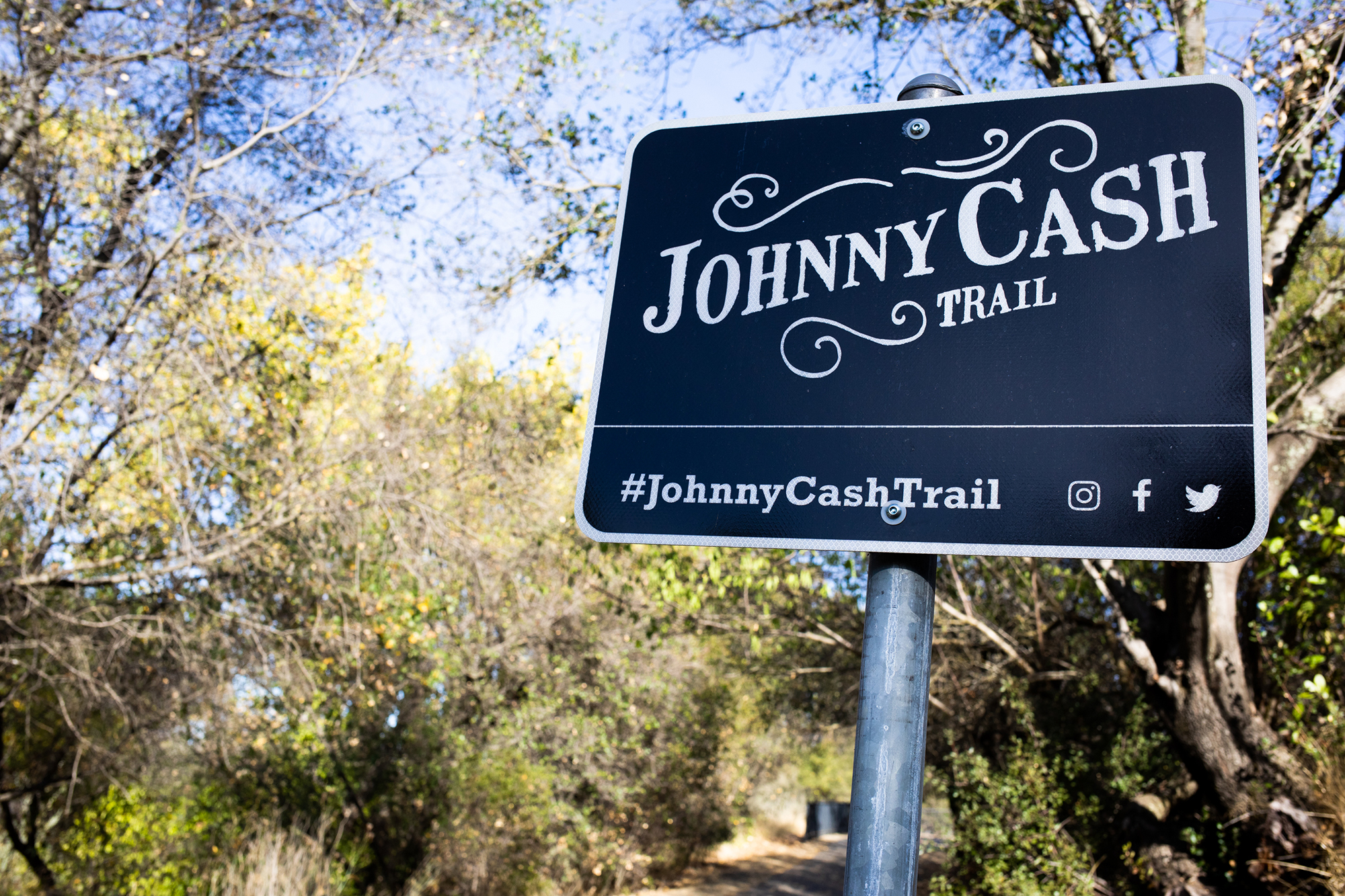 The Johnny Cash Trail (Parking: 9980 Greenback Lane, Folsom)
At just over a mile, this trail is an easy, paved jaunt through Folsom. The trail, completed in 2014, connects the popular Historic Folsom Trail to the Folsom Lake Crossing Trail. Starting on either end of the trail, a handful of stops along the way such as the new Robber’s Ravine Bridge and Johnny Cash Bridge, give way to some beautiful walking paths. Not yet completed, the trail’s plans include art installations, taking us on a journey through Cash’s life.

Folsom Prison Museum (300 Prison Road, Folsom)
Not coincidentally, the newly established trail brings us to Folsom State Prison and specifically, the Folsom Prison Museum. For $2 tickets and cameras allowed, this place is not to be missed. Extensive information on the history of inmates, executions and of course, Johnny Cash.

Johnny Cash Mural (L and 15th streets, Sacramento)
Perhaps less of a “must-do” but more of a must-see when you are in the area, the brand new 15-story mural of Johnny Cash stands tall above downtown Sacramento. The portrait shows Cash gazing towards Folsom Prison and reminds us of his dedication to prison reform.

Although subtle nuances of Cash’s life as it pertains to Sacramento are forgotten or ignored, his contribution to prison reform and inmates in Sacramento County are measurable, and we celebrate his life and memory as part of our culture. Speaking about Cash’s visit to Folsom Prison, his daughter Rosanne Cash reminds us: “That’s when he embodied who he really was and that is light; no matter how much darkness is in it.”