You Won’t Believe Your Eyes 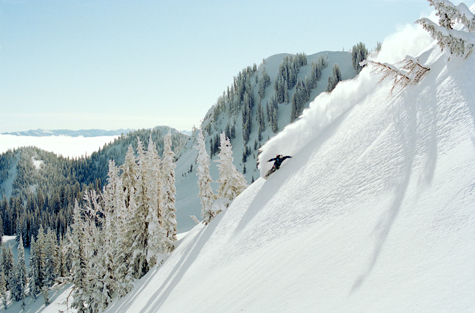 For the action sports junkie, the recent release of the snowboard film The Art of Flight was something to freak out about. From Red Bull Media House, in association with Brain Farm Digital Cinema, the film follows superstar snowboarder Travis Rice and a heavy-hitting crew of equally talented associates including Mark Landvik, John Jackson, Scotty Lago, Nicolas MÃ¼ller, Jeremy Jones and others around the world over a two-year period. It’s easily the most hyped film in the genre ever, boasting a massive budget (undisclosed, but easily into the millions) and insane camera technology capturing the world’s best riders conquering the most extreme terrain on the planet. It’s true: The Art of Flight is for snowboarding’s core fans, the guys and girls who call in sick to work on powder days and dream of chartered heli-ski trips in Alaska. But it’s also for anyone who enjoys beautiful cinematography, serene shots of awe-inspiring and otherworldly landscapes and a glimpse at some wildlife as well. Basically, it’s the gnarliest snowboarding ever mixed with shots that would make producers at Discovery Channel or National Geographic say, “I want that.” 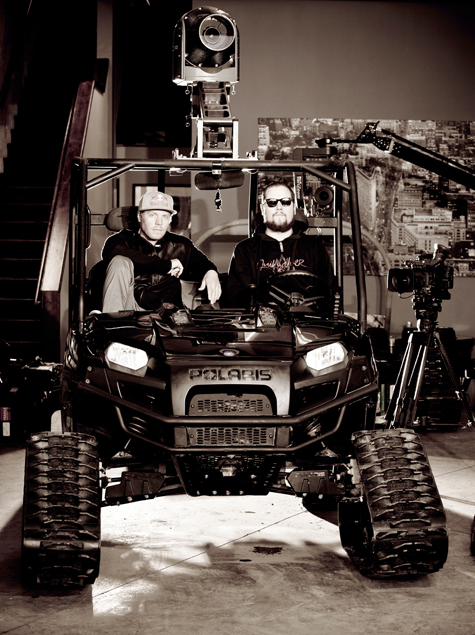 A quick search on YouTube for The Art of Flight’s official trailer will reveal that it’s been viewed upwards of 4 million times. Clearly, the film is catching the attention of the masses. Much of that is due to the unique, ultra-high-definition look of the film achieved by using state-of-the-art digital cinema and film equipment that producer/director Curt Morgan and his team at Brain Farm brought to the table. During the two-year filming project, which took them to places such as Chile, Alaska, Canada, Patagonia, Romania, Wyoming, Austria and others, the team used their Cineflex V14 and Phantom HD Gold cameras, among a bevy of others, to capture the sport of snowboarding in a manner previously unseen. The Cineflex, which can be mounted on a helicopter, snowmobile, ATV (pictured above), etc., relies on a highly accurate gyro-stabilization system (also used by the military and police) to provide amazing accuracy, sharpness and stability. The Cineflex has so much power, in fact, its use is controlled by International Traffic in Arms Regulations, which required that Brain Farm register it with the State Department. How gangster is that? The Phantom rig, on the other hand, is how they get mind-numbingly slow motion shots, as the camera is able to select any frame rate from 1 to 1,000 frames per second in increments of one frame per second at full HD resolution. In less nerdy terms, you can take a four-second clip of action and slow it down so much it’ll take four minutes to get through it. It’s simply stunning to see the level of tricks these riders are doing in such detail, slowed down and in full HD. It’s stunning to see anything in that much detail, as a matter of fact, and marketers all over are taking notice. Brain Farm’s impressive arsenal of equipment and overall knack for badass filmmaking has landed them some big-time gigs working on projects for companies like Visa and Suburu, even the U.S. Marines.

In 2008, Brain Farm and Travis Rice collaborated on what was up until now the greatest snowboarding movie ever called That’s It, That’s All. You may recall that we covered TITA right here in the pages of Submerge (“Out With the Old,” issue no. 20). All those years ago we asked Travis Rice, “You are all about progression, you have pushed the sport in new ways your whole career. After That’s It, That’s All, what the hell could be next for Travis Rice?” His response? “Oh, it’s in the works, man. In 2010 we’re going to shit all over this project. No, ever since we basically had our first premiere of this film we’ve been working on a new project. I guess That’s It, That’s All isn’t exactly the greatest title for following it up.” While Rice was off by one year, he was indeed correct in saying that The Art of Flight would shit all over TITA, because it surely has. With the level of riding being leaps and bounds better than what’s found in TITA, the over-the-top and insanely expensive equipment upgrades used to capture it and another bangin’ soundtrack, The Art of Flight is on track to become the greatest action sports movie of all time. That is, until Brain Farm makes their next one. 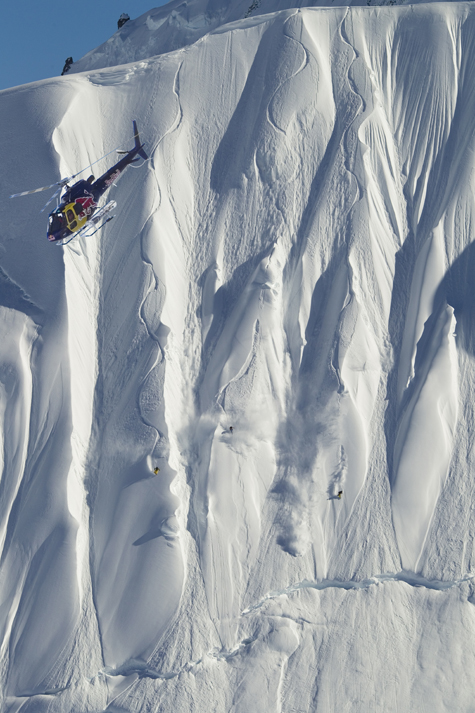 The Art of Flight’s world premiere was Sept. 7 in New York City. The film is now available through iTunes and select retail locations. Northern Californians have a few opportunities to catch the film and meet Travis Rice and others on the following dates: Sept. 18 at the Resort at Squaw Creek in Olympic Village, Calif.; Sept. 19 at MontBleu Resort in South Lake Tahoe, Nev.; Sept. 20 at Crest Theatre in Sacramento, Calif.; and Nov. 3 at the Palace of Fine Arts in San Francisco. To view the film’s two official trailers and to purchase tickets to any of the screenings, visit Artofflightmovie.com.