The Dirt On Dillon Skinner

Dillon Skinner, a 17-year-old amateur dirt bike rider from Vacaville, Calif. has been ripping it up since the ripe age of 5. “It all started with an electric quad,” remembers Skinner. “And then we had this old school Honda 80cc that my dad had. I learned to ride and I have been moving up ever since.” Indeed he has, as Skinner currently races a 450cc KTM, which is a heck of a lot of bike, especially for a 17-year-old. He seems to handle it well, although he recently re-injured his collarbone during the Fresno stop of the Amateur Arenacross Series. He isn’t letting that stop him from hitting the Sacramento stop, though. “I’m feeling pretty good this week,” Skinner says of his injury. “So it’s off to Arco Arena to fight for my spot in the U.S. Open.”

Although he technically is still an amateur, Skinner has acquired some noteworthy sponsors to help back his efforts including Mach 1 Motorsports in Vallejo, Calif.; Axo Gear; Dunlop; PPG; Impression Clothing and more. His most important sponsors, though, may just be his parents. And he is quick to acknowledge it, giving many thanks to his extremely supportive mom and dad. Skinner’s short-term goals include staying healthy, training hard for the outdoor season and moving up to the intermediate level. As for long-term goals, he hopes to someday become a professional and make a career out of racing.

Submerge recently caught up with Skinner just before he left for the Sacramento races and chatted about some of his favorite (and least favorite) things in life. 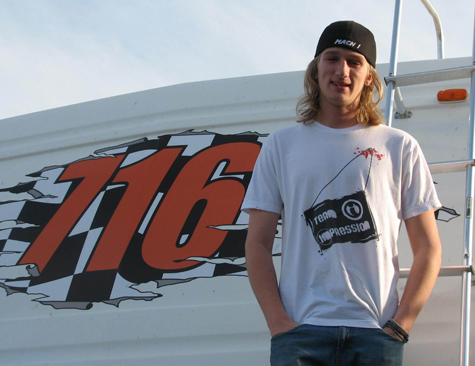 Favorite conditions to ride in:
1. A little wet and tacky
2. Sand
3. Mud

Least favorite movies:
Not sure, too many to choose from!

Favorite local food spots:
1. Mr. Pickles, especially since “Pickles” is one of my nicknames, along with “Sunshine.”
2. Madfish Sushi
3. Burger City

Favorite things to do in or around Sacramento:
1. Old Sacramento
2. Going to the American River
3. Skateboarding in Downtown Sac. 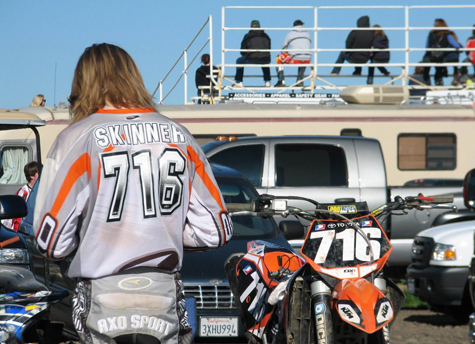