Twenty-five years ago, the James Beard Foundation began honoring those in the food and beverage world who were working at a level of excellence. Beard was a highly regarded chef, author and personality whose career spanned over five decades. His passion for cuisine of all different cultures and styles is the spirit and backbone of the foundation’s scholarship program and awards process. Called the “Oscars of the food world” by Time Magazine, The James Beard Foundation Awards recognize cookbook writers and food journalists, TV personalities and photographers, chefs and restaurateurs. Some of the awards celebrate the new and most recent; but other more prestigious awards, like the Outstanding Restaurant Award, require years of consistent quality and service before even being considered. The James Beard website describes the Outstanding Restaurant award as, “A restaurant in the United States that serves as a national standard-bearer for consistent quality and excellence in food, atmosphere and service. Candidates must have been in operation for at least 10 or more consecutive years.” So when Sacramento’s own The Kitchen Restaurant was nominated as one of 20 of the nation’s most outstanding restaurants, the news brought surprise and shock to the Selland Family Restaurant Group. 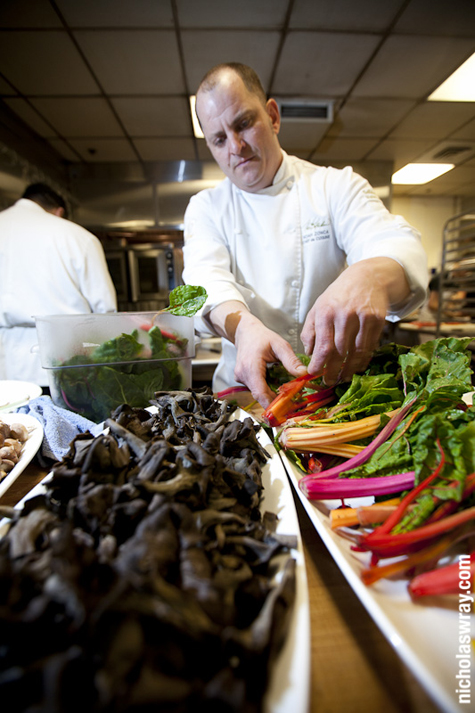 “We were blown away by the whole thing,” says The Kitchen owner and Executive Chef Randall Selland. “If you look at the list of restaurants, it’s just phenomenal.”

The nomination alone is sort of like an award itself, considering the weight that a JBF Award carries. It came unsolicited as well, which means that JBF found them through the hundreds of restaurants all across the nation to be considered.

“We didn’t lobby for it, we didn’t know. It was more of a surprise to us than anything else,” says Selland. “It’s not the award part of it, it’s the recognition. I’m excited to no end that we got this nomination.” 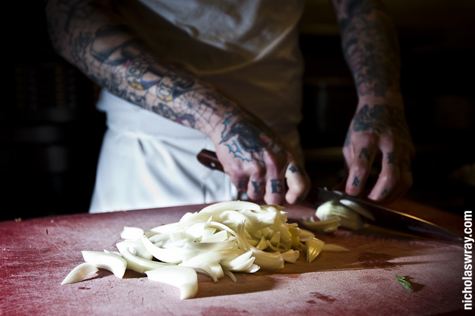 But it really is no surprise that The Kitchen be considered for this prestigious award. The kind of experience offered to guests during the one-seat-per-night dinners is truly of the highest caliber and is sought out and enjoyed by diners searching for the best. It is a spectacle; a show with a cast of characters who throughout the night take the stage to present their course like a ringmaster describing the perils of the lion tamer and trapeze artists. Watch as it all happens right before your eyes! The ringmaster is most certainly Chef de Cuisine, Noah Zonca. Zonca is a showman, a personality and most importantly a talent. When he talks to the crowd, he holds them in his hand, and when he personally addresses you, you feel important in the moment. He prepares visually dazzling courses right before your eyes, often bringing members of the crowd up to hold the pan as it flames up into the hood. He laces the night with humor, making guests feel warm and comfortable at the same time he commands his young staff, ensuring that each course is properly executed. 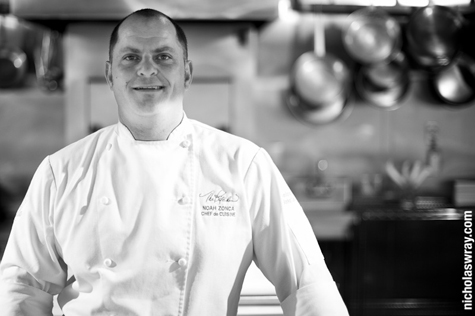 At the beginning of each dinner, doors open at 6:30 p.m. as a brand new group of elated guests spill into the main dining area. They’re immediately greeted by the impeccable Kitchen manager Eric Philbin, jackets carefully removed, purse hooks pointed out and seats shown. From the second they arrive, they’re pampered in a true professional fashion. The busy dining room fills with chatter, quiet laughter and the encouraged nosiness. One of the chefs stands main stage, preparing a sushi roll filled with yellow tail. “Come on up if you like,” he says to a group of bystanders. They step up into the kitchen and approach as he begins explaining the ingredients, their provenance and flavors. This is a show, but it’s transparent with no curtains. What you see is where it all happens and that is why The Kitchen has become a premier dining experience in not only Sacramento but in the country. It’s all about making the guest feel comfortable, giving them what they’ll enjoy and showing them a good time. And they do it well. Don’t like the first course? They’ll make you something else. Feeling like dessert first? Coming right up. 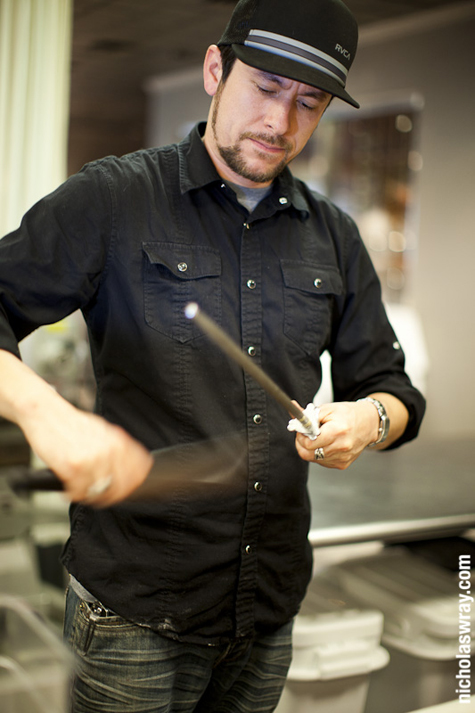 The main attraction is the food, of course, and Selland, Chef Nancy Zimmer and Zonca construct plates and flavors that are inspiring to look at and enjoy. With the colors and combinations of ingredients, conjuring styles of French technique woven with Thai and Japanese influences, their New American cuisine is the finest of dining in the most accessible way. This is how Selland prefers his plates to be.

“I get people to come in, and they feel a bit uncomfortable because they read the menu and they’re more meat and potatoes. Then they find out we’ll give them whatever they want and also, the menu reads a certain way but then when they get the food, the food’s always approachable,” says Selland. 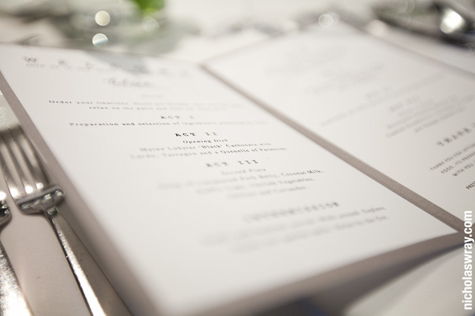 The opening dish for their March menu, called Act II, which followed Zonca’s in-depth description of what guests would be enjoying and how it would be prepared, was a show stopper right from the get-go. A Maine lobster “black” carbonara with crispy lardo, tarragon and a luscious quenelle of Parmesan–a dish whose mere remembrance of makes my mouth salivate. Each course that followed had some peppering of distant cuisines, something that Selland and Zimmer pride themselves on from their past travels to countries like Mexico and Turkey where they found big inspiration in small corners.

“We get more inspiration from the taco cart or the hero sandwich in Turkey, or the little mom and pop place somewhere,” says Selland. 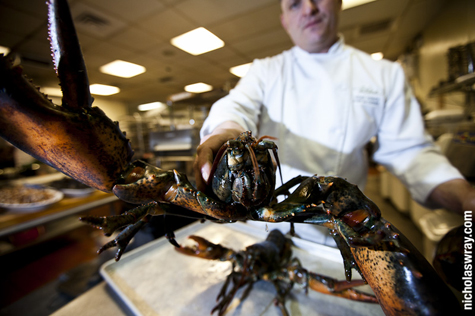 Act III, the second plate, certainly tasted of Thailand with a soup of lacquered pork belly, coconut milk, Kaffir lime, chilled vegetables, chilies and coriander. It reminded me of a light, more citrus-y curry broth with the coconut milk and Kaffir lime really shining through and playing nicely off the fatty pork belly. What followed was Intermission, hardly cookies and coffee, but an elaborate array of sashimi, sushi rolls, freshly ground wasabi root and other light appetizers. Guests meandered around the restaurant, snacking with their wooden chop sticks and poking their heads around the wine cellar and back of the kitchen.

Selland describes the early years of The Kitchen: the restaurant was based off of a concept and it was his and his wife’s side gig. He put every bit of free time into it, cooking at The Kitchen on his only day off during the week.

“When we started The Kitchen, it was a once a month deal, basically trying to drag people off the street, beg friends to go,” says Selland candidly. 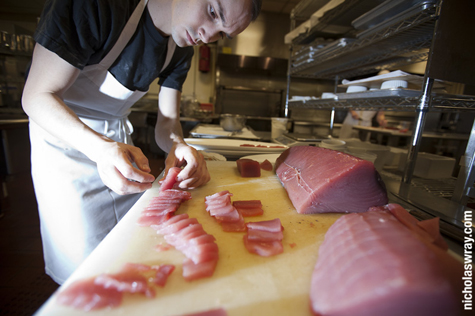 It slowly started to come to fruition and what started out as once month turned into once a week, then three times a week. The beginnings were simple; $35 a head and guests would bring their own wine. The original concept was a lot like how it is today, minus the price tag, which has gone up considerably over the years.

“The same thing we do now; it’s social interaction. You get to interact with the people cooking your food,” says Selland.

What is most endearing about The Kitchen is its uncompromising commitment to excellent service. Selland and Zimmer wanted to service the guests and make food for them that they would enjoy and walk away feeling good about. Not scratching their heads wondering what exactly they just ate or feeling like the reason they didn’t like their meal was because there was something wrong with them. 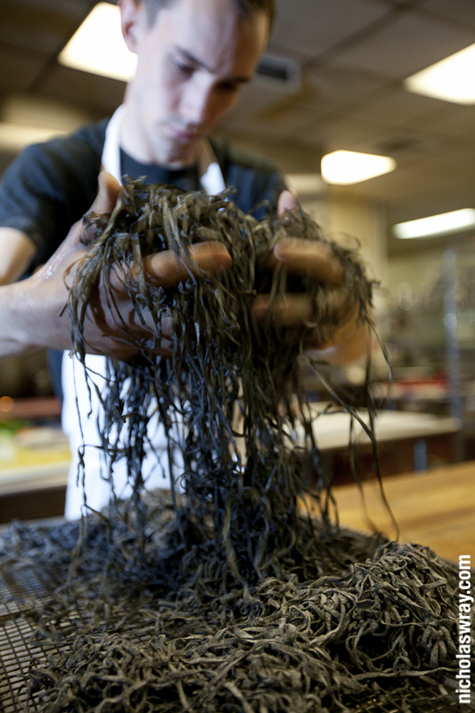 “We don’t care that you didn’t like it. I’ve been to restaurants where I’ve had the waiter say, ‘Well I’m sorry sir, but that’s how the chef cooks it.’ I don’t care about that,” says Selland with passion in his voice. “Here if I cook it perfect for someone and they don’t like it, my question to them is not, it’s supposed to be like this, it’s a matter of what did you not like about it and let me prepare something different for you that hopefully you will like.” As the last course approached–a grilled natural veal, perfectly pink that Zonca sliced himself–two, four, six cooks appeared one by one behind the line, mixing and changing places with plates and duties, Zonca calling out assignments of where to be, what time and dietary restraints. Each cook was listening, interpreting, reacting to each instruction. It’s a rare opportunity to see all the working parts of a kitchen all happening at once to bring you the plate that will sit before you. The drama that unfolds on a nightly basis at The Kitchen, a Sacramento destination restaurant that sits quietly behind an ivy-covered retaining wall, hidden, is what landed them a JBF Awards nomination. 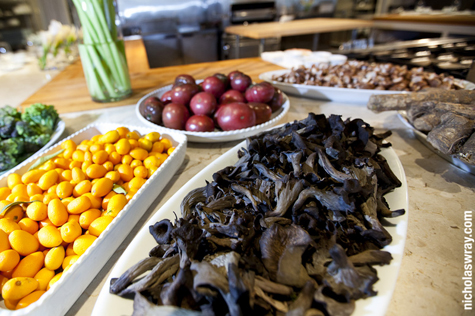 The finalists were narrowed down from 20 to five this past Monday, March 19, 2012 and The Kitchen did not make the cut. But there should be little disappointment, because the JBF nomination has only sparked more excitement for fans of The Kitchen and will certainly generate more excitement for those yet to experience an evening with Zonca and crew. 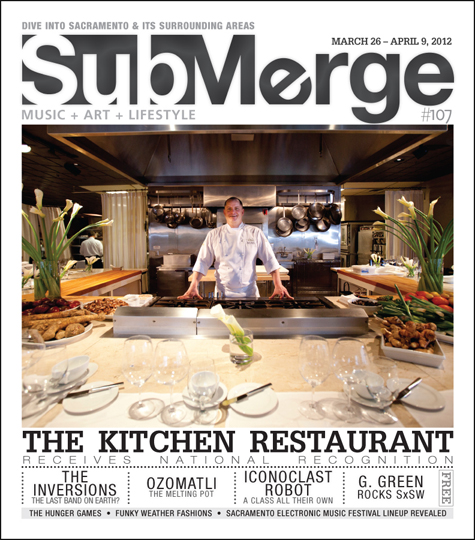