The Gospel According to Alkaline Trio’s Matt Skiba 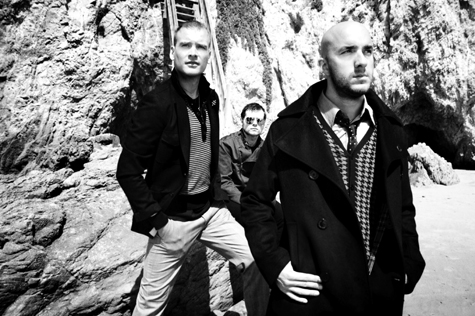 Enjoy It While It Lasts

“Midway upon the journey of our life
I found myself within a forest dark,
For the straightforward pathway had been lost.”
-Inferno, “Canto I”

Dante Alighieri published the first book of his Italian-language epic The Divine Comedy, called Inferno, in 1314, but his words still inspire people of all languages today—even rock stars. Alkaline Trio’s Matt Skiba was so taken by Dante’s poetry that he included the opening of “Canto I” on his band’s latest album and major label debut (Epic), Agony & Irony, and as it turns out, a better literary allusion could not have been made. After the collapse of V2, the label Alkaline Trio signed to after leaving Vagrant, Agony & Irony was in a sort of purgatory.

“We wrote a record in less than a year that we were ready to deliver to a company called V2, but V2 went under just when we recorded it,” says Skiba of Agony & Irony‘s two-and-a-half-year journey toward release. However, as management, lawyers and labels decided the group’s fate, the members of The Alkaline Trio did what they do best—write music, and by the time the dust had settled, the band had 25 new songs ready to go.

“We just kept writing and writing,” Skiba goes on to say. “We could have had a record a year ago, but it wouldn’t have been as good.”

Perhaps it’s true that everything turns out for the best. Agony & Irony will finally see the light of day on July 1, and to promote the album, Alkaline Trio will undergo extensive touring. Before embarking on a lengthy tour that will keep The Alkaline Trio on the road through most of the summer, Skiba spoke with Submerge on topics ranging from the re-release of their first record, to recording their latest one, to the impending end of days.

What is the press like in Europe. I hear it’s a lot different than in the States.
At first, I think when we first started going over there, it takes a bit of getting used to. The thing about Europeans is everyone speaks English. They’re taught English in school, and we’re barely taught English in school ourselves. If anything, it’s a little daunting because, at least for me, I felt kind of ignorant. Being in Germany and going to France and not speaking any of their languages. I’ve been trying to at least learn how to say, “I don’t speak French” when someone comes up and starts talking to me or if I need to go into a cafÃƒÂ© and get a coffee. It’s just more comfortable if you try to make an effort, people are much nicer to you. It’s intense in a lot of different ways, but we’re pretty comfortable there now, and we have a lot more—having been going there for years, we have a lot of good friends there and it definitely feels a lot more like home now. It makes the press easier, I think. It’s fun for us now. It’s fun to be in a city that far from home and feel somewhat at home.

I want to get to the new album, but first I wanted to ask you about the re-release of Goddamnit, which came out earlier this year. How much of a hand did you have in that process?
I actually didn’t have a lot to do with it at all. Derek [Grant, drummer for Alkaline Trio] did most of the work, as did Mike Park [founder of Asian Man Records]. There was a bunch of people working on it. I really didn’t have anything to do with it. They said they were going to re-release it, and I said, “That sounds like a great idea.” And then I said, “We should make it [the cover] white instead of black.” That was about it.

Why did you decide on that?
Just because it can’t look exactly the same as the first one, and, you know, you don’t want to make it pink or something. If it was black, we needed another absence of color; so white would be the obvious choice for me. It was just because the first one was black so the new one should be white. It also went with our new album’s title, Agony & Irony, like ebony and ivory.

Agony & Irony comes out on July 1, and I did some reading that you’ve included a spoken word bit from Dante’s Inferno. Why did you think that suited the new record?
I think the reading from Dante is appropriate, because this record is sort of about the journey through this purgatory. We have a heavy theme of duality on this record: good and evil, darkness and light, and how heaven and hell sort of exists right here on Earth, and it’s yours to determine how it’s going to be. Some people are dealt a really raw deal, but you have choice in your life, and heaven and hell is right here. It’s that journey to find that sort of light at the end of the tunnel—that inner struggle of good and evil within each of us, and how that applies to the way we move through our lives. It’s definitely about a journey—a journey into the night and into the darkness and into the unknown—and the reading from Inferno was an appropriate way to carry that theme.

What passage from Inferno did you choose to read?
It’s “Canto I,” the very opening of Inferno. It’s a classic. We wanted it to be something that was somewhat recognizable, but nothing too overtly satanic or anything like that. I started reading through it, and I read the first line, and I was like, “That’s perfect.” I spoke it on the demo myself, just to have something in there, and then we got Doug [Pearce] from Death in June to come in and record that for us for the album. It’s cool. I’m glad it’s in there.

As far as duality is concerned, is this a more personal record, or is it more pointed at the world outside? One of the songs is about the war in Iraq, correct?
We don’t really have a song about the war in Iraq on the record. There are definitely some references to World War II and the war in Vietnam, but definitely the current war took its influence. There was one line in one of the songs that was inspired by a story I read about a soldier who was killed in the war in Iraq recently—about his family and stuff. That was just one part of the song, but most of the war references are regarding—it’s definitely about war, people losing their lives and their minds in battle. Both my parents are Vietnam vets, and my wife’s grandfather was in World War II, so those themes are there. I think thinking about them and thinking about what’s going on now definitely reared its head on the record.

Having parents in Vietnam, growing up with their references now, do you see the parallels between their experiences and what’s going on now in Iraq?
I only go off of what my mother and father tell me, but I think they’re very similar in the way that many people aren’t really sure why we’re over there. I think we have people in there who are like lambs to the slaughter, on both sides. We have American troops going in there and blowing up people, and vice versa. It’s just like a meat grinder over there, and Vietnam was very much the same way, and my mom was telling me, “Why the fuck are we here right now,” and you hear soldiers in Iraq saying the same thing. It’s just interesting. There has always been war, and there probably always will be. I think that’s why the Earth needs to regenerate itself. There are theories, and I believe in them. I know them to be true. We’ve got about 300 years on this planet the way we’re going. That’s three generations of the human race, and boom, gone. There isn’t going to be anyone here in 300 years, which is pretty crazy to think about, but it also just makes you want to enjoy it while you’re here. 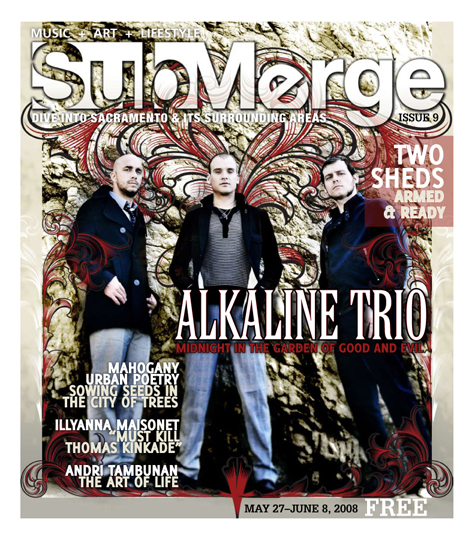