All the Pieces Fit 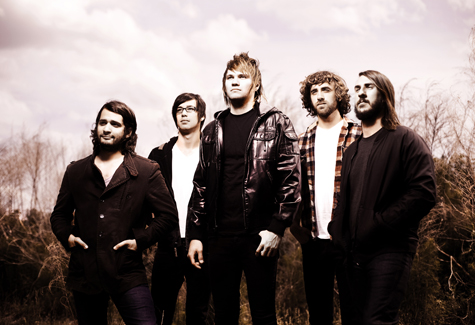 Sometimes the best things in life happen spontaneously. Two strangers bump into each other and end up falling in love; a lunch break spent in a new cafÃƒÂ© opens up an unexpected career opportunity; a stray dog or cat wanders into your yard, and two years later you’re inseparable. The things we don’t plan for end up being the most meaningful. Such is the case for Tampa, Fla. based progressive rock band Tides of Man. In December 2007 the talented young group of musicians—Tilian Pearson (vocals, guitar), Spencer Gill (guitar), Adam A. Sene (guitar), Alan Jaye (bass) and Josh Gould (drums)—convened on a whim when Jaye booked a show before the band even had any material together.

“He decided to randomly book a reunion show,” Pearson recently shared with Submerge, referencing an old group that some of the members had played in prior to Tides of Man. “We just wrote new material and played adapted versions of material from their previous band.” Three of the songs from their recent full-length debut, Empire Theory (out now on Rise Records), were actually written during that 10-day dash to prepare for the first show. If it wasn’t for the spontaneous last-minute decision to play that show, Pearson pointed out, the special chemistry that exists amongst the group might not have been discovered so easily.

“I knew it immediately,” Gill said of the band’s unique chemistry. “When Tilian first came in to play with us he just started singing the lyrics, I don’t even remember which song it was, but I was like blown away.” The rest of the members agreed that they knew they were onto something “special” as soon as Pearson stepped into the picture. The young vocalist has a rare talent indeed, and has frequently been compared by fans and critics alike to such frontmen as Anthony Green of Circa Survive, Claudio Sanchez of Coheed and Cambria and Cedric Bixler-Zavala of The Mars Volta, three of the most notable voices in the genre. The comparisons to such great bands are welcomed by the members of Tides of Man. “I take it as a compliment no matter who the band is, even if it’s a band I don’t personally listen to,” said Sene.

“Different people who come from different parts of the world who grew up in different environments will make their own comparisons,” Pearson elaborated humbly. “A lot of the times the comparisons made are above where I think our music is.”

The truth is such comparisons are well deserved. Empire Theory mixes all the ingredients of a buzz-worthy indie release into a delicious concoction of dynamic, well-formulated songs with smart, meaningful lyrics. Parts of “Not My Love” and the title-track clearly resemble the highly rocking, raw, early work of Coheed and Cambria (Second Stage Turbine Blade); “Western Scene” boasts impressive soaring vocals similar to those found on any Circa Survive record (especially Juturna); and “Rescue” has the tripped-out, almost ugly (but in a good way) parts that The Mars Volta have made such an integral facet of their sound.

The album’s title is inspired by a quote from French philosopher Charles de Montesquieu that goes, “An Empire founded by war has to maintain itself by war.” And according to the group, Empire Theory is a concept record (much like many of the aforementioned bands’ albums), about forgiveness and uncompromising love. “I came up with the story line pretty much right after I saw the movie American History X,” said Sene.

“Just basically the whole, ‘tragedy and chance to forgive’ kind of idea inspired it,” Pearson interjected.

The band enlisted producer Matt Malpass (who has worked with such artists as Copeland, Relient K, Manchester Orchestra and Lydia) to man the knobs at his home studio in Atlanta, Ga. Pearson said that as soon as he heard Illuminate, the Lydia record that Malpass produced, he knew they had to record with him. They spent a total of four weeks recording with Malpass and made it clear they would have loved to have spent even more time there. “It was an awesome house,” said Sene. “It had a very retro look to it. It was a cool place to be while making a record.” Pearson chimed in with, “Yeah, we felt like badasses in there.” That confidence clearly shines through on Empire Theory, where Tides of Man holds nothing back on an impressive debut.

Let’s review, shall we? Incredible melodies (without the assistance of auto-tune) from a talented vocalist? Check. Smart, well thought-out lyrics? Check. Solid, captivating instrumentals? Check. Deep, profound concept record? Check. Literally all of the pieces are in place for a successful career. And with a credible business team already built around them including legit management, label backing and booking agents, Tides of Man are ready to share their music with the world. “I would say the long-term goal is to get as big as possible,” Sene joked. Then, laughing, “I might as well just say it, ‘to be the biggest band ever!’ How realistic that is, I don’t know, but it’s definitely worth a shot. Set it as your goal and shoot for the stars.”

Tides of Man is currently out on the “Squash the Beef Tour” with Emarosa and Sacramento’s own Dance Gavin Dance. The tour, which also includes the bands Of Mice and Men and Of Machines, will hit the Boardwalk in Orangevale on Saturday, Sept. 26. The band played Sacramento for their first time this summer alongside A Static Lullaby and Gould remembers it fondly. “We had a group of five dudes who traveled for like three hours to go to that first show in Sacramento,” he said. “They said they were from somewhere on the outside of San Francisco. We didn’t know anyone out there even knew who we were.” 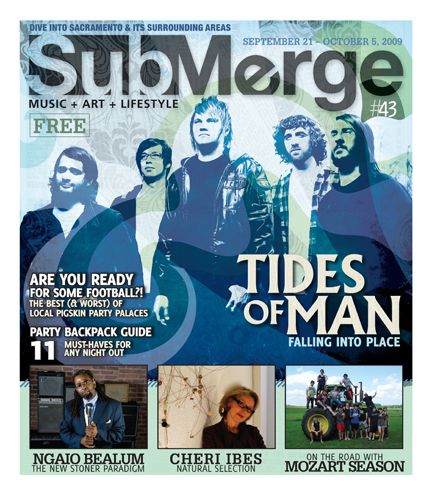