Perfect Harmony: Auburn Road Has Big Dreams, and the Talent to Make Them Reality 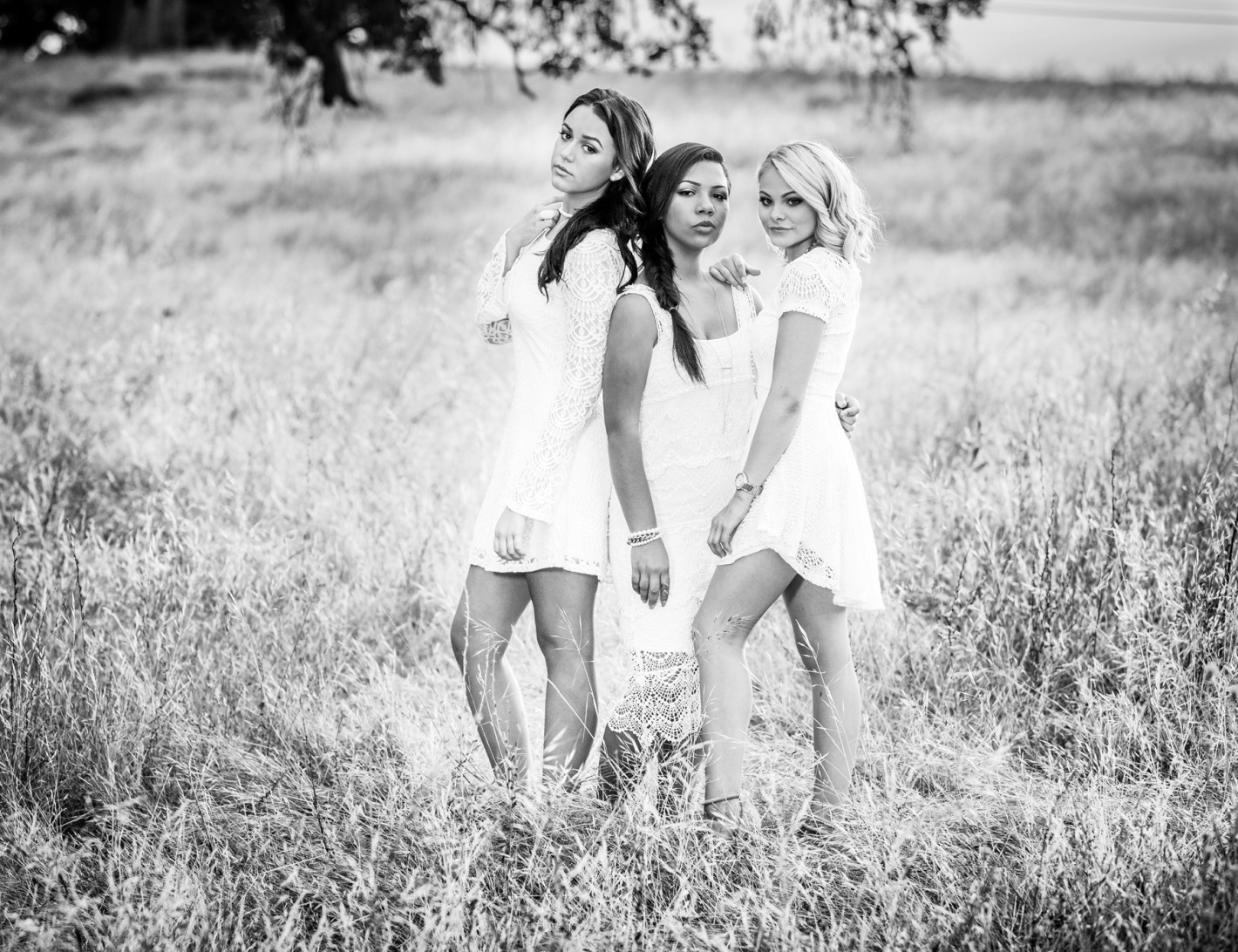 “We all kind of sound alike …” one of the young women of the pop/country trio Auburn Road admitted during our interview, as this interviewer, sheepishly, had difficulty differentiating their voices over the phone. That’s one possible reason why their voices soar to such great heights when they sing together.

Paxton Martin, Alicia Paulson and Kristen Brown are more sisters than friends. The three practically grew up together in the surrounding Sacramento area (Elk Grove and Roseville), both literally and vocally.

“Me and Kristen didn’t know, but we actually grew up together when we were like 4 years old,” Paulson recollected in a recent interview with Submerge. “We had a friend in common, and we would always go to her house together and go to the parties together, and we didn’t even know. Our parents didn’t even figure it out until we were older and we were like, ‘Oh! Hey!’ All of our families are really close.”

By age 7 or 8, Paulson says, the trio was enrolled in music classes at the same singing studio. They cut their teeth performing as part of a larger group called Pop Academy.

“We got to do a lot of fun things through there and get comfortable with performing,” Paulson said. “We got to go to Disneyland to perform. It was a great opportunity.”

The trio’s bond carried on into their teen years. In fact, two of the girls (Paulson and Brown) just graduated high school this spring. Martin is scheduled to do the same later this year in December. (“I’m actually graduating early,” she said with a hint of pride.) However, it was about two years ago, according to Brown, that Auburn Road really started to come to fruition.

One catalyst for the group’s formation was meeting manager Michael Anderson, who Brown said the girls met in 2013 through a choreographer they were working with at the time.

Though the girls recorded their vocals separately from the music, Brown, Martin and Paulson had serious country music clout behind them in the studio. From the crisp snap of the opening drum hits on Fancy’s opening track, the EP’s title song, it’s clear that this album isn’t just a hastily cobbled together demo, but a polished, professional product, aimed at catapulting three talented young people toward a bright and promising career.

Backing Auburn Road on Fancy are members of Jason Aldean’s band, bassist Tully Kennedy, guitarist Kurt Allison and drummer Rich Redmond, who give these catchy and memorable pop/country songs serious punch, and a bit of a rock ‘n’ roll edge.

“When we were writing music for the album, we knew that we needed a band,” Brown said about enlisting help from these seasoned pros. “After a lot of praying, we got really lucky. We had a couple contacts in common who hooked us up with them.”

But it’s the voices of Auburn Road that are really upfront, as showcased in the stirring power ballad “Love of My Own,” which seems perfectly suited to raising your cigarette lighter at an outdoor concert to. 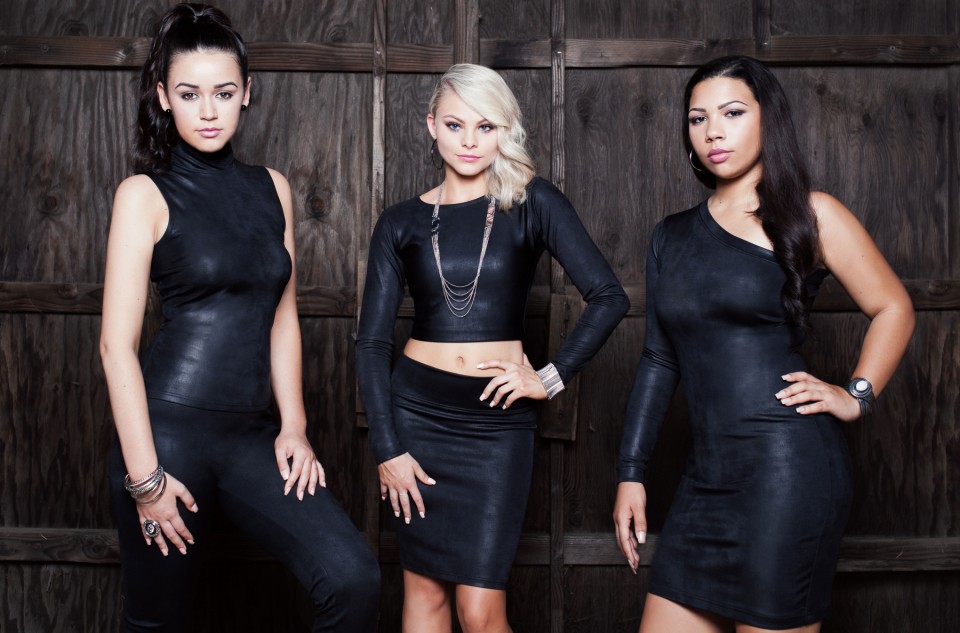 It’s the melding of the trio’s voices that are the real hook here (as well as some kick-ass guitar solos), but that shouldn’t be much of a surprise. Though Brown, Martin and Paulson are young, they’re no strangers to singing with one another. Since they started at such a young age, they could almost be considered veterans in their own right.

“I think it really helps that we grew up together, singing together,” Paulson said of Auburn Road’s striking vocal harmonies. “I think it’s harder when you’re at this age, and you’re put together as a group and you don’t know each other. We always seem to be on the same page, so it’s really nice, especially when it comes to our harmonies, because we can read each other’s minds.”

Though their vocal performance may border on intuitive at this point, the members of Auburn Road are eager to learn and grow as musicians. When Submerge contacted Paulson for our interview, she was on her way home from drum practice. Brown and Martin also reported that they were learning to play bass and piano, respectively.

“We’re all trying to learn instruments right now.” Paulson said. “We’re not onstage performing with them quite yet, but eventually we’ll throw a couple of things in there into the show. It’s not necessarily what we do, but we would like to be able to play a little bit.”

“Right now we’re in search of a band in Sacramento,” Martin added. “It’s really hard to find a younger band in Sacramento, and that’s what we’re looking for right now. Right now, we’re performing with backing tracks, which is fine. It works out OK … for now …”

Auburn Road just recently had another dose of music industry education when they spent time during the Independence Day holiday week in Nashville. Submerge spoke to the group prior to their trip to Music City, and they were looking forward to sinking their teeth into the vibrant scene there.

“We have a bunch of meetings set up, a photoshoot in the works, a couple of writing sessions,” Martin said. “We’re just going out there to network and meet people and get a sense of the music business out there.

“We’re still young in life and in music,” she later went on to say. “Just to be around people who know so much and can show you different things with writing and how to take a song from one perspective and do it in another, so I think we just want to learn. We want to be great artists, and in order to do that, we need to learn from great people.”

With high school almost behind all of them, the trio has its sight set on a career in music. Fancy is an emphatic first step forward toward that goal.

“Our main concern right now is music,” Martin said. “One of our main goals is to live in Nashville and be able to do our music there. Our goal as a group is to tour and hopefully win a Grammy one day and travel the world singing for a bunch of different people.”

While a Grammy may still be a little ways away, local fans can check out Auburn Road at the upcoming Country Fest at the beautiful Quarry Park amphitheatre in Rocklin, where they’ll be sharing the stage with American Idol finalist Kree Harrison and JT Hodges. When asked if it felt surreal to have had so much success and to be performing with people they admire at such a young age, Paulson answered with unflinching confidence.

“It’s a little taste of the future for us.”

Country Fest, featuring Auburn Road, JT Hodges and Kree Harrison will take place July 23, 2016 at Quarry Park in Rocklin. Tickets start at $25 and can be purchased through Rocklin.ca.us (just click “Special Events”). Auburn Road’s Fancy is available online through iTunes, CD Baby and Amazon. You can also purchase the EP locally at Dimple Records. For more on the band, go to Auburnroadmusic.com. 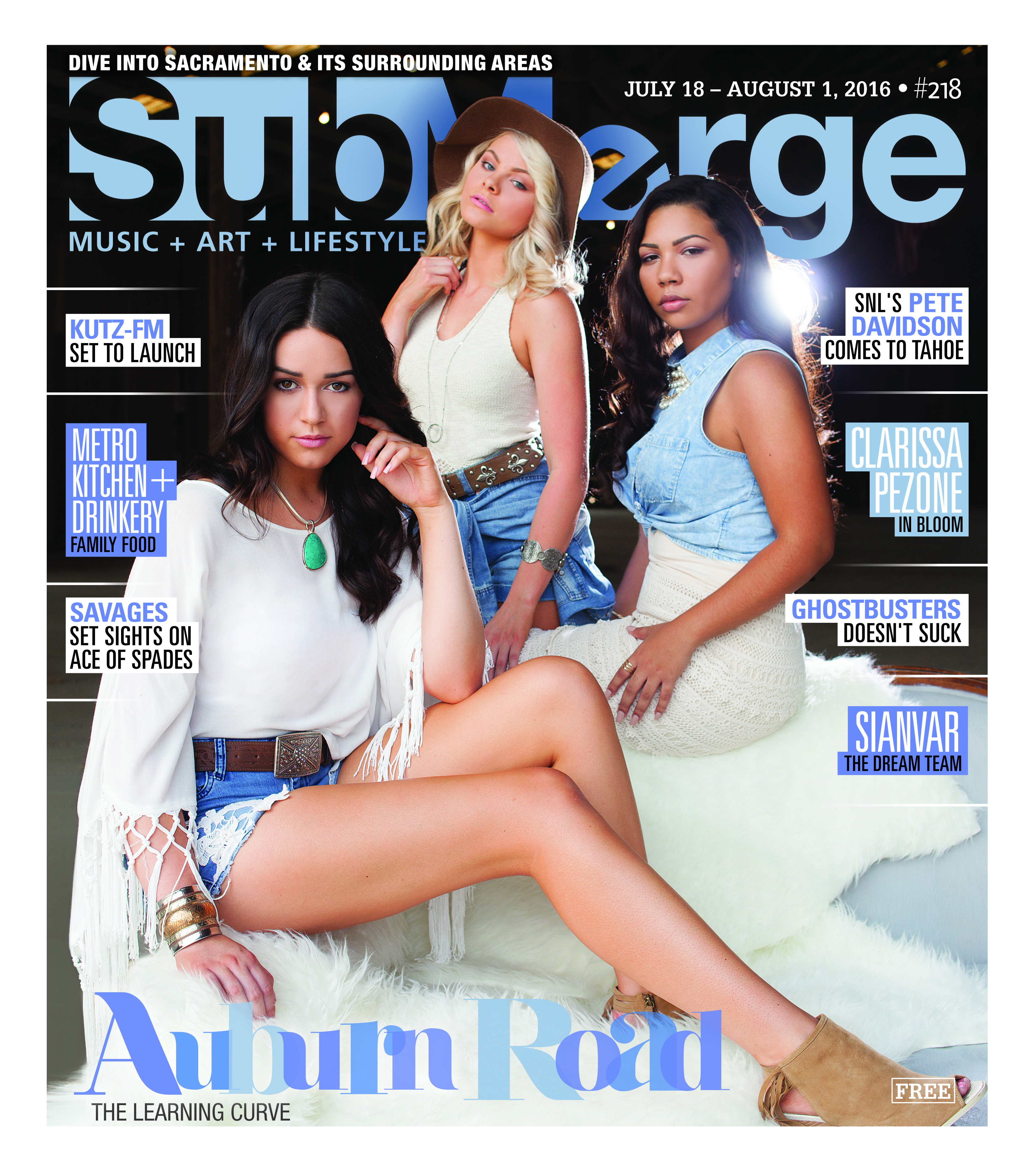