Lorin Ashton, aka Bassnectar, Prepares for Life Back on the Road

If you’ve ever seen Bassnectar (née Lorin Ashton) live, you know his show is a treat for all of your senses. The EDM DJ/producer brings with him a full light show and video element that’s synced with his metalhead-informed, heavy electronic music. And while it may seem like complete and utter audio-visual chaos, as Ashton explains, it’s actually a whole lot of work.

We caught up with him a day before the TomorrowWorld festival in Chattahoochee Hills, Georgia, just outside of Atlanta. He was taking time out of his busy schedule prepping for the major electronic music festival, which also featured Avicii, David Guetta and Diplo among many notable others, as well as his own upcoming headlining tour.

“It’s an unspeakable amount of work,” Ashton says of his pre-production process. Not only does he have to edit original video content to his songs and samples and coordinate with a team that caters sets and atmospheric lights to whichever venue he’s playing, he also has to curate his impressive catalog of music and figure out how to reimagine it each night.

“The music is probably three or four full-time jobs—remastering old music and getting it up to par, or reinventing new versions or new endings for old songs, or old endings for new songs,” Ashton says. After he’s done with all the remixing and creating new versions of his music so that he can “weave it together…so everything is interchangeable and interlockable,” he then starts “rehearsing like mad and getting to a place where I basically have five to 10 hours of unique musical content without any repeats that I can reinvent two hour journeys each night.

Perhaps it was because of his draining tour production process that Ashton decided to take a bit of a break to record his most recent album, Noise Vs. Beauty, which was released June 24, 2014. The 12-track, nearly one-hour-long tour de force features numerous collaborations with artists such as Rye Rye, Fashawn and Zion I. Ashton took a six-month break to record the album. However, his time off wasn’t exactly downtime.

“It was over so fast because I worked the whole time,” he says. “What was weird was that I told my friends and family that I was taking six months off, so I made all these plans to hang out and be normal, and then six months passed and I was still in the studio and back on tour again.”

If you haven’t managed to catch the incessantly touring Bassnectar live, fear not. The artist will play two area shows in November (Nov. 6, 2014 in Lake Tahoe and Nov. 7, 2014 in Sacramento). It’s been a little while since Bassnectar has been to this neck of the woods, but Ashton says he’s eager to return.

“We haven’t gotten to Sacramento since 2012, which totally trumped me because I had been convinced that the show wasn’t going to do well because I’d never played a show that big in Sacramento,” he explains. “It was a big surprise for me. We’re really excited to get back there. Tahoe is a bit of a revenge. We did a double-header there in 2011 or 2010. It was shut down due to a complicated fire marshal, who I hear has left office, which we’re thankful for. I’ll just leave it at that. The second night, the sound mysteriously sucked and couldn’t be started again. I’ve never had that problem, but I have a suspicion who was to blame for that.”

In the following interview, Ashton shares his thoughts on the saturation of music online and his love of “reinventing old dopeness” as well as why he prefers to steer clear of airing his personal laundry on social media. 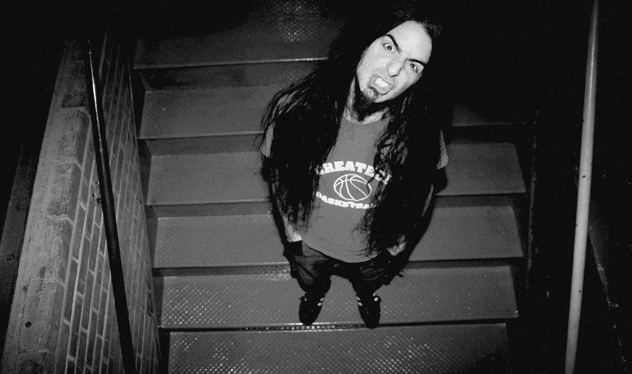 You mention the visual aspect of the live show, but it all comes together while you’re onstage, so you don’t really get to see any of that. Do you go back and watch videos of your performances just to see how it all worked out?
All last year, we had a video monitor facing me that showed what went on the screen. For technical reasons, though, it was a big pain in the ass to set up. And then during a set, I’d probably look at it for a total of three seconds. This year we’re not going to do that.

Is it fun for you to go back and reinvent old music?
Oh, 100 percent, man. I don’t know what I would do without it. Part of it is that record collecting has changed to the point where it feels like it doesn’t exist anymore. But 10 years ago, I was constantly record shopping, constantly mining for new music. These days, I’ll go through 10,000 songs before I find one that I like. So much of it sounds the same, so much of it doesn’t feel special or doesn’t feel A-plus. I just go back into my record collection for the two hours of music that I love the most in 1998, or the two hours of music that I fucking loved the most from the summer of 2003. That small amount of music can constantly be remixed or sampled from or breathed new life into. I’m constantly doing that, going into old record crates, converting vinyl into digital, bringing it into an editing system and making a new customized version that weaves in and out of my contemporary music but maintains the essence of that old classic.

You say you go through thousands and thousands of songs now, but do you still like to hit up traditional record stores now, or is it mostly online searching?
It’s all online pretty much. It’s a lot of trading—either scouring blogs or trading with other friends who collect. I’d say that even though I spend a lot of time doing that, I have a lot more success just going through [my collection]. I have all of my music organized by the month I found it, bought it or digitized it, going back into the ‘90s. So I can go to, like, March 2001 and pull out the songs I collected then and reinvent them. That’s a large amount of what I’m doing when I feel I need music, reinventing old dopeness.

Have you always been this intense with cataloguing music, even before you started doing Bassnectar?
I’ve always catalogued it, but I’ve never had to reinvent it because certainly for a while, I felt there was always new stuff coming out. Now it just feels so saturated… I mean, there’s still good stuff that comes out, but back then, I had one or two albums, if that, and now I have 10-plus, so I feel like I have fewer windows that require something new, so I prefer to give it really special showcase moments.

Is it a lot more difficult for you to make choices of what stays and what goes in your set list now that you have so much material?
I guess you’d be correct to say it’s difficult, but I like to think of it as a mild form of insanity because I’m super detail-oriented, obsessive compulsive, micro-manager. [Laughs] It’s pretty crazy.

I was listening to Noise Vs. Beauty today. I loved that it almost sounded like a mixtape because there was so much different stuff going on. Was that your intention?
I suppose it was because I love making mixtapes, and I do produce as if I’m a DJ or a sound collage artist, but I also produce as if I’m a guitarist in a band. There’s a lot of creativity from that record. For me, it’s literally like sliding across a spectrum and all across the spectrum between two extremes there are all these different points and moments that combine the two extremes in different ways. That was really the beauty of what this record was about for me.

Were you really able to unplug from social media for the time that you were recording Noise Vs. Beauty?
Yeah, absolutely. That was one of the biggest positive experiences of the year for me and something I want to continue doing. I’m not really hating on social media, I’m just saying I love normal life. I love real life. In real life, I don’t go to the bars much. If I want to drink wine, I’ll have a glass of wine, but I don’t like the atmosphere at a bar where everyone has to talk really loud and talk about superficial things in little soundbytes. That’s how social networking feels. Combine that with everyone talking about themselves, it just gets weird. For promoting a band or a business or a musical project or even a community concept, it’s cool, but just for a personal thing… I don’t have any personal accounts, and I probably never will. I’ve had email accounts, but all I have are Bassnectar accounts, and I really view them as just mechanisms to broadcast basic information to the world. I as a human would rather be alone at the beach [laughs].

Don’t miss your chance to experience Bassnectar live at either the Montbleu Resort Showroom (Nov. 6, 2014) or the Sacramento Memorial Auditorium (Nov. 7, 2014). One dollar from every ticket sold on Bassnectar’s tour will be donated to various non-profit charity and community enrichment programs via his Dollar Per Bass Head program, so you can feel like you’ve done a good deed while you’re rocking out. BONUS. For more info or to order tickets to either of the aforementioned concerts, go to Bassnectar.net. 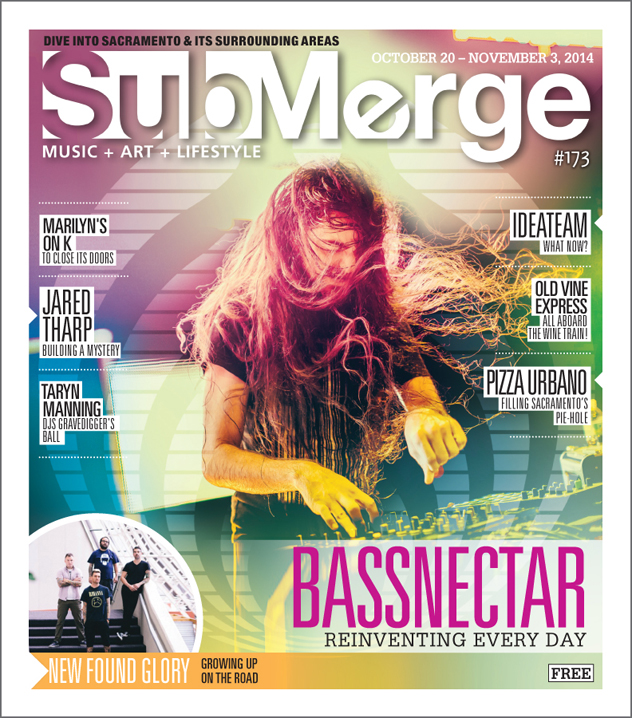