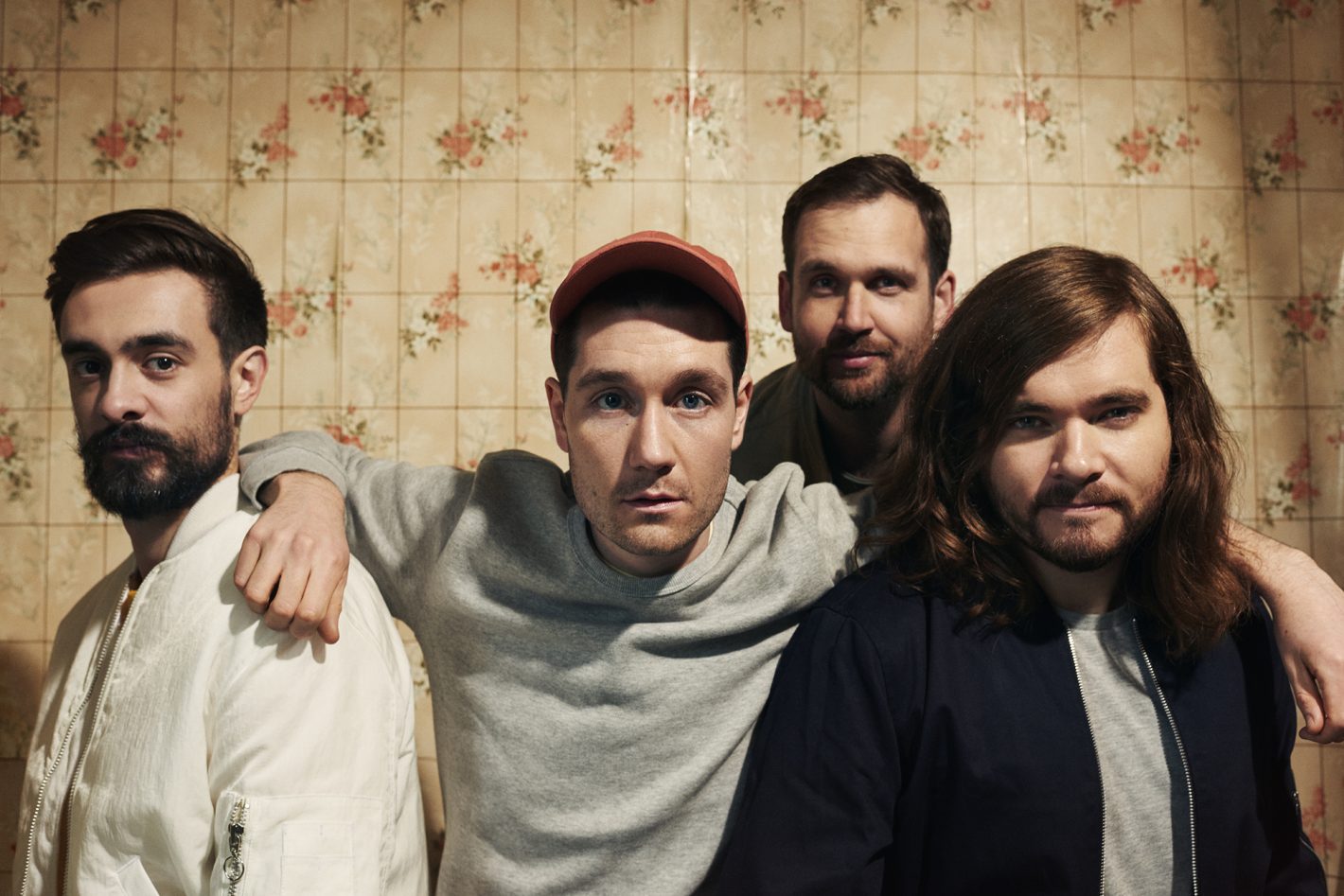 It’s been five years since Bastille released their debut album, Bad Blood, featuring the hit single “Pompeii,” which propelled them to international indie rock stardom. After all this time, it’s still my go-to shower sing-along jam. I get real into it, too. It’s got pretty much everything I love about music: its lyrics are stirring and evoke not only the doomed city of antiquity for which it takes its name, but also themes of death and rebirth, and it’s catchy and upbeat enough that it doesn’t bum me out, even as Bastille’s chief songwriter muses, “How am I gonna be an optimist about this?” It’s either happy about being sad or sad about being happy or I don’t know. I just really dig it. And obviously, I wasn’t the only one.

However, it’s success was a bit of a surprise to the members of the band, according to drummer Chris “Woody” Wood.

“Everyone after the fact always claims that they knew it all along,” Wood went on to say. “But it was our booking agent who called it. Everyone else, they’re all lying, basically. Rewriting history.”

In the time since, Bastille continued their successful trajectory. Their sophomore effort, 2016’s Wild World, snagged Best Album at the 2017 NME Awards. And Bastille wasted little time to get back into the studio. They’re already poised to release a third album, Doom Days, at a date yet to be determined as of the writing of this article. This summer, the U.K.-based band gave fans a taste of what to expect when they released the first single from the album, “Quarter Past Midnight.” Spoiler alert: It’s totally shower sing-along worthy.

We spoke with Wood a few days before he and the band were set to play Dcode Festival in Madrid alongside Imagine Dragons. Bastille will come to the United States for a short string of dates including the City of Trees Festival right here in Sacramento. Wood filled us in on what he and the band were up to this summer (when he wasn’t watching England’s matches in the World Cup) and told us how he became a “second album wanker,” but first, we took a brief political interlude. 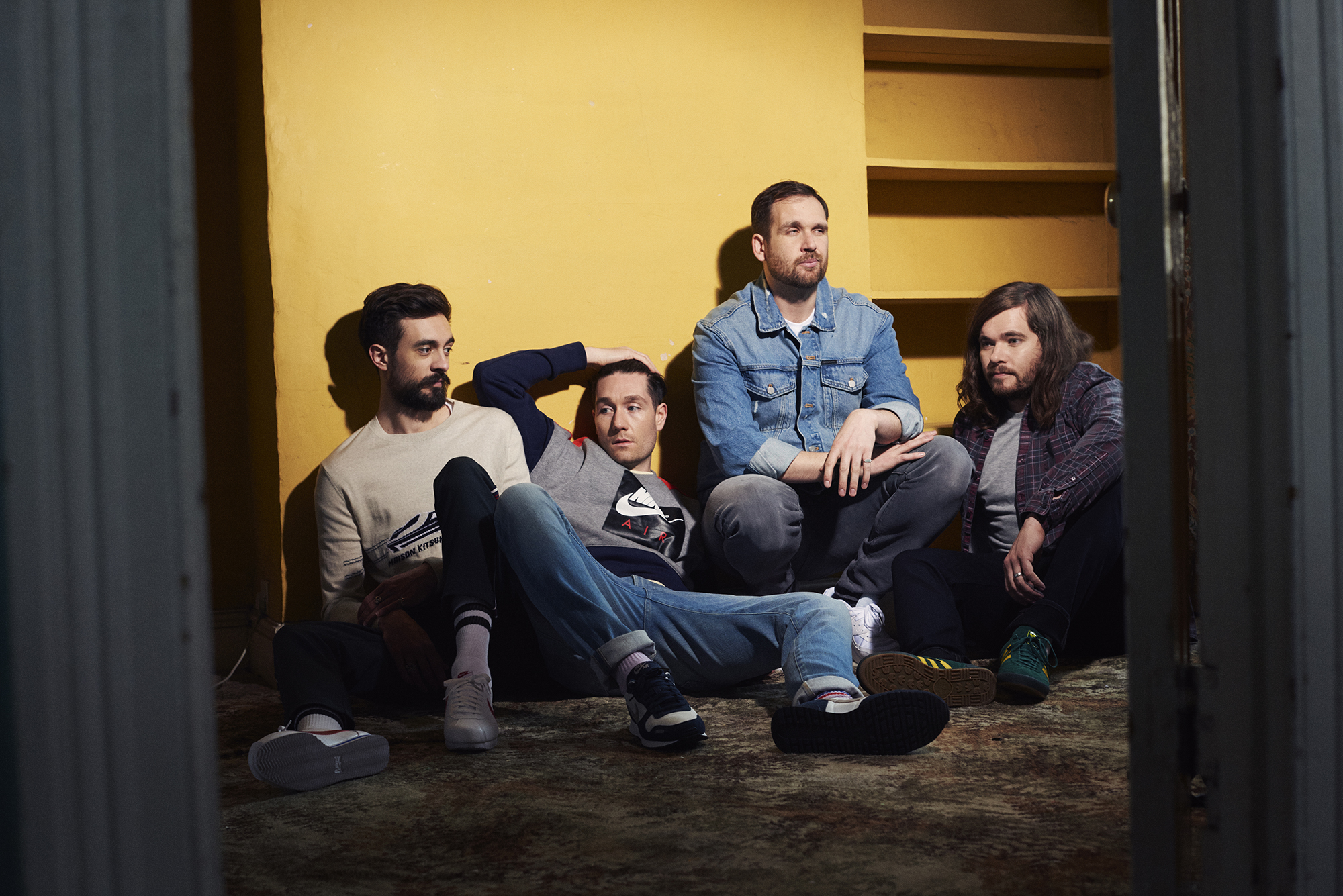 You’re playing Dcode festival in Madrid in a few days. Are you in Spain now, or are you at home?
Currently we’re at home, putting finishing touches on the album at the minute. We’re going to be flying out on Sunday to Madrid. The good thing about Europe is that everything is like two hours away from each other … It’s all very convenient, that is until Brexit hits, and then we’ll all be living in mudhuts.

Are you worried about how Brexit is going to affect your livelihood?
No one knows. It’s criminal really … A bunch of grumpy old people voted to leave and all the youngsters wanted to stay. We’re quite fond of freedom of movement. I’m married to a German … But a bunch of grumpy old racists decided we should leave …

Here in America we’ve got our hands full with grumpy old racists, too …
Right, right. There are a lot of parallels there.

Summer is festival season. How has it been working on the album, having to go back and forth?
It’s actually been alright. Festival season is my favorite time of year to be in a band. It’s kind of like being in summer camp, where you go and see your friends over the weekend … The schedule for us hasn’t been too grueling—not quiet, but we’ve kind of pulled back a little bit, because we wanted to get things done with the album, and then we’ll hit things pretty hard next year. We’ve just been booking small tours and bigger festivals. Just keeping the engines warm for a bit.

You said the festivals were like summer camp. The Dcode Festival has a great lineup, and when you come to Sacramento for the City of Trees Festival, you’ll be playing with Odesza and Chvrches. Do you get a chance to check out the other bands at festivals?
We always try and do that … Dcode festival will be the first time ever we’re on the same bill as Imagine Dragons, and they’re friends of ours. We’ve kind of tread a similar path. After many years of touring, we’ll actually be able to see the boys play in person. We always try to check out other acts and see what’s going on, because if you’re not careful, you can get into your little bubble. You’ve got to keep up with what’s going on around you.

Do you ever hear or see a band doing something that’s maybe outside the box for what you do with Bastille and want to incorporate it into what you’re doing?
Maybe accidentally. We don’t try to steal things on purpose … I guess subconsciously you see certain tricks, like Imagine Dragons, by complete accident, we both ended up having a shitload of drums on stage. That was by no design. It just kind of happened. I think everyone’s influenced, whether it’s consciously or subconsciously, I suppose.

I saw a live clip posted on YouTube of your band performing “Quarter Past Midnight” at Royal Albert Hall with a full orchestra and chorus. Will you be bringing any of that over to the States?
I would love that so much. That tour was a passion project more than a money project. There was a lot of bodies on stage. We were really fortunate that a really talented friend of ours, a trumpet player for Public Service Broadcasting, Johnny [JF] Abraham, helped us re-orchestrate all the songs and reimagine them … It’s something we talked about for ages, but we had this quiet period in-between albums, and it was like, this would be a good time to do it. We only managed to do eight dates. Never say never, but it would take a lot to get all that over there [laughs].

It was cool to hear that, because the song sounded so full and rich, but there’s also a performance of “Pompeii” where you performed acoustically in a park with just a small ring of people around you, and the songs translated well in both settings. Which kind of performance speaks to you the most, the big crowd or more intimate settings?
You’re asking the most biased person, because I’m the drummer, the attention seeker, and I like really, really loud shit. Will [Farquarson], our guitarist, he wouldn’t mind it if it’s stripped down a bit, but I’d just kind of clap or click fingers in the background because I play drums.

I saw the rainbow Natal kit you posted on your Twitter feed. Before you were talking about having a lot of drums on stage, do you think there’s such a thing as too many drums?
Yeah, there is. During the first album, my kit was much smaller than it is now. I told myself that I’m not going to be that second album wanker who gets a drum kit that all of a sudden has 25 million bits of kit to set up just because someone else is doing it for him. But as the second album finished, I was like, “Oh shit, I have to grab this for this song, and this thing here,” and then by the end of it, I was like, “Aw, I’m that second album wanker! Fuck!” … There are a couple of songs where I come off the drum kit and come down to the front, and there’s an upside-down bass drum and an electronic pad and [I] perform some of the more electronic songs that way.

Bastille will play this year’s City of Trees Festival at Papa Murphy’s Park at Cal Expo in Sacramento on Sept. 22, 2018. Also on the bill will be Odesza, Chvrches, Blue October, Arden Park Roots, Dirty Heads and others. Check out Cityoftrees.com for a full lineup and to order tickets.