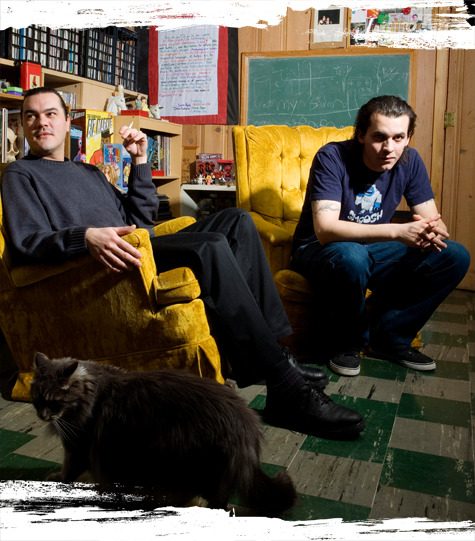 Days before heading out on his Paint the Nation tour that will put him on the road through November, Slug is faced with a daunting four hours of interviews. If anything were to deter me from the rap life, that just might be it, but just as he does with his music, Slug puts things into a whole new perspective. “I try to treat it like a job,” he says. “This is the best job I’ve ever had and I don’t want to get fired. I try and give it my all and prove to myself and my 80,000 19-year-old bosses that I want to keep my job.”

A dedicated and hard working employee of rap for the past decade, Slug has continually delivered dope product. Alongside his producer Ant, as Atmosphere they’ve released six albums, a handful of EPs and garnered an army of followers. If you know them, you love them and if you don’t, then you’re tripping. The following is 10 minutes with Slug, so read along and be sure to catch Atmosphere on Sept. 19 at Empire.

In preparation for this interview, I noticed in a Google search that Atmosphere (the rap group) shows up twice before the thing that protects Earth. What does that say to you?
[Laughs] I guess my Internet presence is pretty powerful. I’m one of those artists who kind of lives on the Internet. I’m much more relevant online than I am in your mall’s record store. I’m still surprised though [laughs]! Don’t get me wrong, this isn’t me going, “Yeah, I earned that.” But uh, damn. Sorry Mother Earth.

I’ve been able to watch your career unfold for over a decade now, and it seems you guys have made strategic steps to build things up to what you have today. In reality, how much of that was actually planned?
Well, I mean I was just about to correct you when you used the adjective strategic, because I don’t see any of it as strategic. I think everything we’ve done has been a common sense move. It’s kind of like something presents itself and a decision needs to be made, so we have gone with what makes sense at the time. Rhymesayers, in general, it was so simple to navigate because it was a small label with a small roster and staff. It just came down to what was necessary to do and what made sense.

Would you credit that to the label’s success, that it’s not some over-thought business operation?
Well, that’s not necessarily true either because, me, I’m a pothead, so I over-think everything. But it wasn’t a situation where we had a business model to go with. We didn’t have anything to base it off of so it was just a matter of what do you want to do about this or that. It’s not that I don’t over-think the decisions when those moments arrive, but more so I guess we didn’t really know exactly what was going to happen so we just took it as it came. The label itself was born around the same time as the Internet, and we knew we couldn’t follow the model of the majors.

I was looking at the pictures sent for this story, and there was a poster on your basement wall that looks like it was sent to you from an elementary school classroom. How does it feel to be recognized on a level like that?
Yeah, that was from some students in Palo Alto, Calif. They were fourth graders and their teacher must have been like 28 or something. I mean there are a million rappers she could have probably chosen to teach what she was teaching. She was just trying to teach her students how to think outside the box and write in rhythm while applying hip-hop to her curriculum. But yeah, that was a trip, to have a bunch of fourth graders autograph a poster and send it to me. That stuff trips me out, but at the same time I’m just trying to take it for what it is. You got to realize in the world, you’re your own universe, but you’re not the universe. You are what you are to you, but how other people take you and use you for their universe, you don’t have control over that. I try not to be too tripped out, and just think this isn’t about me, it’s about that person and what they took from it. When they relay that to me, I try not to let that go to my head or get too freaked out because it’s not a part of me and what I am, it’s a part of that person and how they took what I do. It’s funny though because I get e-mails from people that use our music in their classroom, just college professors and stuff like that, and it’s weird for me. I’m not a very academic person. I didn’t go to college, and I don’t know what those situations are like, but I assume that if they’re using me and Anthony [producer Ant] in any of their teachings, it must be pretty loose.

As a writer do you think about the individuals who you are touching or is it more for you, and just that creative release or I guess what people refer to as a therapy for you?
I don’t know that I would call it a therapy. People used to ask me that around Seven’s Travels, and I would say yeah because it seemed like an easy answer, but this was never a catharsis for me. It was more like, I want to be a rapper so I got to keep writing songs, so that’s what I did. As far as who I’m trying to impress or who am I trying to get a reaction out of, it’s always been Ant. If I can make him react, then I know I’m on the right page because he is a lot like me. He sees things the way I see them, and we agree on a lot of things. If he hears what I’m saying and he feels it, then I know I’m conveying it correctly. Where it goes from there is beyond me. Honestly, I can’t imagine why a bunch of 18-year-old kids would care about a song about parenthood. If they do, so be it, but I don’t know why. I got a son who is 14. He thinks I’m the Dave Matthews of hip-hop”¦in a bad way. All my homies, though, he thinks they’re the shit. Brother Ali is his favorite rapper, but he looks at me like a sell-out. 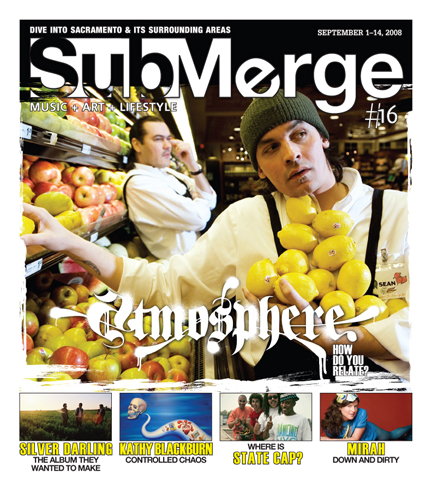