The Girl with the Golden Voice • Bishop Briggs Speaks Her Truth 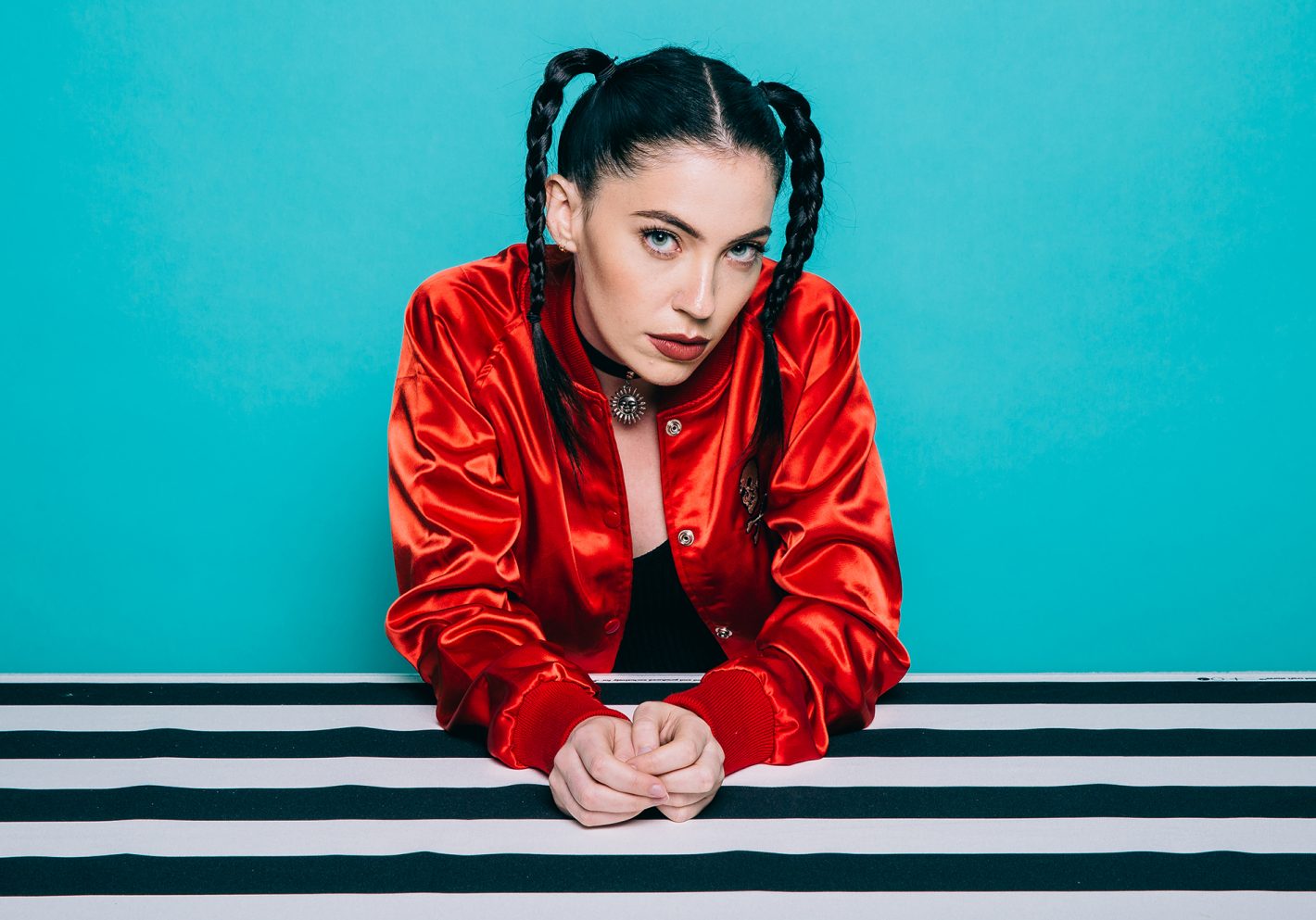 Singer-songwriter Bishop Briggs may be relatively new to the scene, but her soulful voice, exuberant presence and stirring songs have helped her build a résumé that seems far in advance of her years.

Her first single “Wild Horses,” released in 2015, landed a spot in an Acura commercial that got many people wondering “Who is that?” As it turned out, that song was just an appetizer for her hit “River,” which earned the artist her first RIAA Gold Record. A tour opening for Coldplay followed (you know, no big), as did a spot at this year’s Coachella festival, and, as the saying goes, a star was born. Currently, Briggs is gearing up for tours with Alt-J and Bleachers, but when Submerge caught up with the 25-year-old recording artist, she was just coming down off the high of performing a headlining show at the Grammy Museum in Los Angeles.

“It was one of those surreal moments where you’re too nervous to be nervous; you’re too excited to be excited,” she said. “Every time I would pretend that I wasn’t there, so I would be less nervous, I would turn around and see signs for the Grammy Museum or the symbol of the Grammys.”

When asked if taking home one of those iconic statues was a dream of hers, she was quick to state the obvious.

“Of course!” Briggs enthused. “No matter how much you tell yourself it’s not a big deal, when you’re there and you’re singing songs that mean something to you and [that are] speaking your truth, hopefully, you want it all to be a special moment.”

It’s that honesty that probably connects so much with fans. Briggs’ voice has a weathered, stormy quality that belies her youth. Her debut, eponymous EP was released in April 2017, and though it’s just six songs in length, it hints at the songwriter’s exciting potential.

When we spoke to Briggs, she was preparing for her upcoming tours and also spending time in the studio working on new material. Though the details weren’t set at the time of our interview, a new single should be released soon, with a full-length album on the horizon.

“This is an exciting next few months,” Briggs said. “I’m going to release new music and I’m also going on tour with Alt-J and Bleachers. I’m kind of excited that it’s all happening at the same time.”

Briggs was jovial throughout our conversation, but also spoke openly about some of the pressures that come along with such a quick rise to notoriety. Also, as it turns out, if you’re looking to get caught up on Game of Thrones but you don’t have HBO, Briggs may be your hook up. 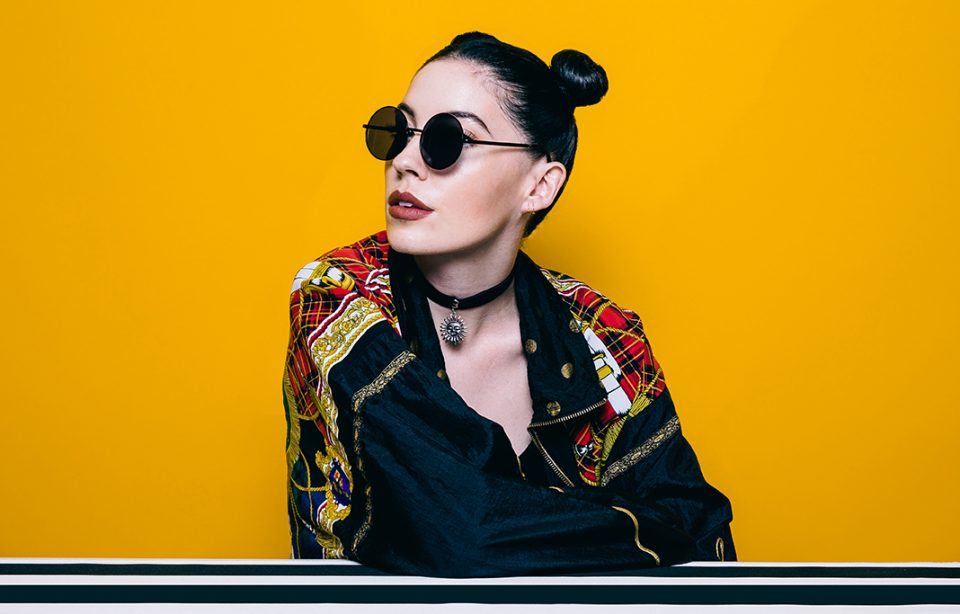 Have you done a lot of interviews so far today?
This is my first and only for today. I’m so excited … No pressure!

I saw that you’re currently in the studio. How is it going so far?
It’s good! It’s one of those things where you’re happy, you’re miserable; you’re miserable, you’re happy. I care so deeply, and with the writing … it’s really about diving into that emotional side and honing in on production elements and really trying to make it the best that it can be.

I read a quote from you where you said “The Fire” from your latest EP was written right after a breakup.
Yes, very raw.

Are you someone who writes in the moment, or are you more of a reflective writer, or is it a mixture of both?
Well, I try to write every single day. I do find that I do both of those things, depending on what kind of day [I’m] having. Being on the road, I’ve found that it’s been so important to have that “reporting back” thing, and kind of document ideas and write down things as they happen. I want to make sure that my writing is always honest and always about what’s currently happening in my life.

You’ve been given a lot of big tours over the past couple of years and had a spot at Coachella, which must have been awesome. Is this all stuff that’s coming up in your writing, or is it more difficult to write more personally when you have all this stuff going on around you professionally?
I try to disassociate from it all, because I’m so appreciative and so thankful and I really try to be in the moment, even with all of the things you just mentioned.

I think it’s really important that when I go into writing mode, I try to hone in on things that weren’t perfect or things that made me feel bad, or experiences that my friends had that made me feel something as well.
Something that I started doing is turning off my phone. Sometimes I start getting tweets, like, in all caps “WHERE IS THE ALBUM,” which I love and make me laugh. And of course I want to provide that, but all these things add pressure. I try to eliminate those factors, because they weren’t there at the beginning. There was no one at the beginning. I try to go back to where it all began.

I saw on Twitter that you posted a quick video of yourself in front of your Gold Record hanging in the studio …
I know! How awful is that?! I don’t know why my producers did that. That’s right where I record!

Do you ever find it staring back at you?
Yes! Do you know how many times I’ve wanted to do that video? Every single day I want to do that video. It’s always looking at me. But of course, I’m very appreciative that that happened, but as you can imagine, there’s only so much turning off my phone I can do.

It seems like you’ll be on the road for a while. Are you trying to get a lot done now while you have some time before touring or will you be recording on the road as well?
I’ve been in L.A. for a few weeks now, and I’ve been taking every single second to record and be present, but I’m going to try to do it on the road as well. Even if that means getting my producer to come out—that’s what we’ve done before. We’ve set up a little studio in the Holiday Inn, and we tracked a few songs that way. I definitely want to incorporate that—have both options. I think there is something to recording on the road. You’re so exhausted, I think your energy is very vulnerable, even if you’re
not crying.

Do you have to get into a much different mind space to perform live as opposed to recording?
Yeah, it’s definitely different. With performing live, it’s kind of the graduation. It’s your moment to see what you’ve written and see if it translates and really make that connection with the people in front of you. Hopefully it gives you a greater connection to the music you’ve written and the lyrics you’ve written. I think it’s complete freedom. With recording, it’s great if you have all those things, but it can also be quite meticulous.

I read that you moved all around the world as a kid. How do you think that shaped you as far as your songwriting goes?
It’s hard to know what shaped you or changed you or made you who you are. I’m really lucky that my parents are huge music lovers, and they were always playing Motown music in the living room, and soul music. It was a lot of Otis Redding and Etta James and Aretha Franklin. That mixed with the fact that we had access to every single karaoke bar in Japan were really helpful in making me excited about music at a young age.

When people I interview mention karaoke, I like to ask them if they have a go-to karaoke song.
Oh! Maybe “Piece of My Heart” by Janis Joplin. I love that scream at the end.

I also read that you’ve been writing music from a really young age. It seems like this has been your focus for much of your life. Now that it’s coming into fruition, is it at all what you dreamed it would be like?
Oh my gosh. It’s pretty close! I think the moments that really stand out are when people in front of me are singing my lyrics back to me. It’s really remarkable. It’s a really crazy thing. When I was growing up, I would repeat this mantra that I wanted to be doing music every single day. It sounds weird, but I had a low standard of what that looked like. It was just like, no matter what, I just wanted to be doing music every single day. The fact that these past couple of years, I’ve had so many exciting moments and opportunities, it’s really surpassed any expectation I really had.

I saw you’re a Game of Thrones fan. How did you like this season? I haven’t gotten caught up yet.
You need to get on that! HBO Go! I only had my ex-boyfriend’s username and password, but I didn’t want him to see all the weird things I watch on HBO, but people sent me their log-ins, so now I’m using this girl’s who I met on the Internet. So, I’m just saying, if you ever need a login, hit me up. I’ll send you a few of the ones I got.

Bishop Briggs will perform at Radio 94.7’s City of Trees 2017 at Papa Murphy’s Park at Cal Expo in Sacramento on Sept. 24, 2017. Also performing will be Bleachers, Iration, New Politics, Dreamcar, Joyzu, headliners Blink-182 and many others. For a full lineup and ticket information, go to Cityoftrees.com.