Chief Xcel dishes on the First Blackalicious Album in a Decade

It’s been almost 30 years since Timothy Parker (aka Gift of Gab) and Xavier Mosley (aka Chief Xcel) started discussing the points of NorCal versus SoCal hip-hop at Sacramento’s John F. Kennedy High; it’s been more than 20 years since the then-freshly minted duo, Blackalicious, put out their propulsive and forward-thinking debut EP Melodica; and its been exactly 10 years since the third and last album from the duo, The Craft, appeared as their consummate statement on the art of hip-hop, a testament to their skills and experience. After a decade of strong solo efforts and collaborative work, 2015 is the year Blackalicious returns to the mothership, heading at light speed to the place they’ve always lived: the future.

2015 will bring us the first volume in a trilogy of releases collectively known as Imani (Swahili for “faith”), easily the most ambitious undertaking to date from the lyrical auteurs. The dense first installment functions as a fitting reintroduction to the group’s sound and mission statement. Xcel and Gab together form a highly melodic rhythm section, perhaps the most locked-in sonic relationship ever achieved between DJ and MC. Thematically, the material swarms with vibrant positivity, a message that’s conscious without sermonizing, an attitude that’s perceptive without being ironic.

Blackalicious could spend their time battling to keep their unique position in hip-hop, but they don’t have to. Their focus has always been on the craft of music, and after three years of preparation and one life-threatening situation (Gab underwent a kidney operation in 2012), the group seem to be heading toward another euphoric career high.

Recently we were able to speak with Chief Xcel, the sonic sorcerer of the partnership, and learn about this bold new era being forged by Imani. We learned a little about faith, the benefits of musical immersion, and how important it is to be moved by the music you make. 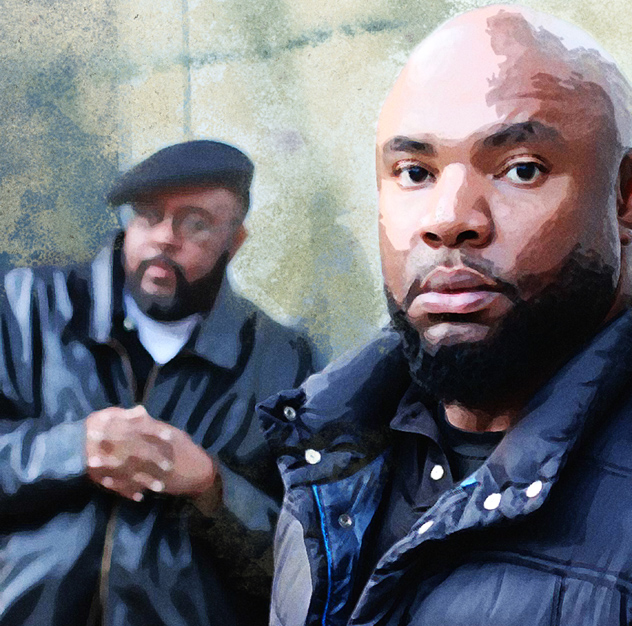 So you’re in the studio today… What are you working on?
We just finished Vol. 1, so now I’m getting the soundscape together for Vol. 2.

What’s your process for creating a soundscape?
There’s really no one way. I mean, I pretty much create music every day… The way Blackalicious records work is, I just amass a certain amount of music and then I just shoot it all over to Gab. Case in point, I’ll make like 50 to 60 beats for him, and he may pick 10 to 15. I’ll give him some time to narrow it down. We’ll go in, lay down rough ideas and from there, pick out the ones that inspire us the most. So out of those 10 or 15, we may pick only three to five, and decide that these are definite keepers. And then we’ll go in and really zero-in on those and develop those ideas and concepts.

I heard you and Gab have something you call “The Goosebumps Theory.” How would you describe that?
That’s something that we really had explored while working on The Craft, our last record. I had actually learned it while reading Quincy Jones’ autobiography, and that was the approach that he and Michael Jackson took when they were doing Thriller. With each song, they had to feel like the hairs on the back of their necks raising, like they were getting goosebumps. So we took that concept and really just meditated on it. We were really intrigued by it—just to be able to take things to that level—Does this music move you? That’s the underlying theme. The aim was always to make something that is timeless, and in order for it to be timeless, it has to touch you; It has to strike that chord. It’s the kind of thing where you just know. Certain things you listen to and you know they move you. It comes to a point where it’s beyond you, really. You have to step out of the way of the creativity, and you just let it happen.

Ten years on from the last Blackalicious project, after several respective solo projects, do you feel you and Gab have brought some new styles and influences into the mix? Were there any new discoveries in that time/any soul-searching?
I wouldn’t really call it soul-searching so much as studying. Especially for me, as a producer, each time I go into a different creative environment with a different artist, or even a different producer, it’s always a learning process. I’ve just been blessed and fortunate in terms of the people that I’ve been able to learn from, whether it was working with Gil Scott-Heron, or George Clinton, or Harley White. Each one has a unique way of tapping in to their creative process, so for me, it’s been a career of synthesizing all of these influences into a distinct sound. For us, making a Blackalicious record is just a period of absorption. It’s almost like data selection, you know what I mean? We have this specific approach to making records, but each time, it becomes a little bit sharper.

There seems to be a pretty sharp concept to the new record. I noticed the last track, “Imani” segues perfectly into the first track, “Faith.” What was the idea behind that?
It’s designed to really come full circle. That’s the simplest way I can sum it up. It’s designed to feel infinite. The concept for this album is really a reflection of who we are, and where we are.

Is there a similar vision for the next two volumes?
You’ll have to hear them! I don’t want to give out too much—everything builds upon what came prior. There will definitely be more collaborations on the second one—some will be surprising. It’s like a story that keeps building and developing.

You’ve both mentioned that this feels like a new beginning for the group. How so?
It’s another chapter. I mean, Gab’s in a place where he’s probably in the most prolific state he’s ever been in, in the entire course of his career, which is exciting. It’s exciting for me as a producer, because I never know what any given day in the lab is going to produce. There are very few artists that you work with where, no matter what I create, I know he is going to become an instrument within that given song. And take it to a level I hadn’t even thought about. I think that’s one of the key ingredients to our longevity over the past two decades.

Where do you think hip-hop is now after the past two decades?
Hip-hop tends to have a self-correcting mechanism. So whenever things tend to go too far in one direction, there always tends to be artists that can kind of ground it and bring it back on track, you know? And it happens maybe every five, six years? But I think the artistry is coming back. From my perspective, music is a continuum. There’s no beginning, no end, it’s all part of one continuum. 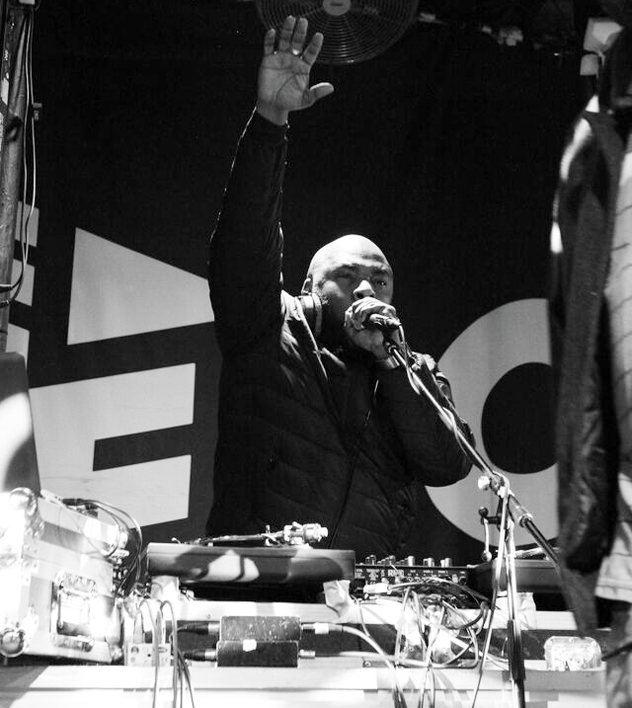 How do you and Gab achieve such a tight connection between the production and the rhymes?
Sometimes there’s an effortlessness that comes, just because we’ve been working together for more than half of our lives. We know each other, kind of like two people that have been on the basketball court for years, since they were in grade school, and now they’re in the NBA. They can do certain things because they know how the other person thinks. We’re at a point in our career now where we’ve really just hit that stride, creatively. Now we’re both just trying to hit that point of creative, rarefied air, you know?

You’re well known as a big time crate-digger/record collector. Has your taste in music/sound palate shifted significantly since you worked with Gab on The Craft?
I don’t know if it changes so much as it develops. You’re into something one day and something different the next. It’s more about continuing to learn. I may go back and revisit things, records that I’ve listened to just one or two times, 10 to 15 years ago, and go, “Wow! I never realized that was in there.” I think your ear for music develops all the time, so you start hearing things differently. As a result, you start to take different approaches to things.

What does it mean to be a musical scholar?
It’s important to study, man. And not just studying, I mean really listening and submerging yourself—no pun intended—into music. Dive as deep into it as you possibly can. There’s only a certain amount of notes and a certain amount of chords, but at the same time never ever, stop learning. When you stop learning, that’s when people—to use a phrase that they used way back in the day—fall off. You always want to be students.

How was the TBD experience?
I always love playing in Sacramento. I tell people all the time, Oakland and the Bay is home, but Sacramento is the genesis for us. So each time we play here, we feel it’s the place where it all began for us. And we’re really looking forward to the Concert in the Park on the 29th as well.

What can the park crowd expect?
Well the people that are planning to come out, who’ve seen us before, they all know we do a great show. We work to always make it an experience, and whether there are five thousand people in the crowd or just five, our aim is always to connect those different energies into one energy. That’s what I think people enjoy about coming to see us live is that interaction.

You can catch Blackalicious along with DLRN, Element Brass Band and more at Cesar Chavez Plaza this Friday, May 29, 2015, at 5 p.m. as part of this summer’s Concerts in the Park series. Like all concerts in the series, the price for admission is FREE for all ages. For a full list of remaining shows, go to Godowntownsac.com. 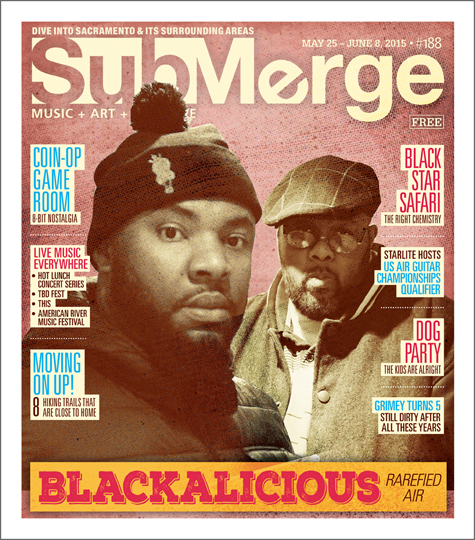