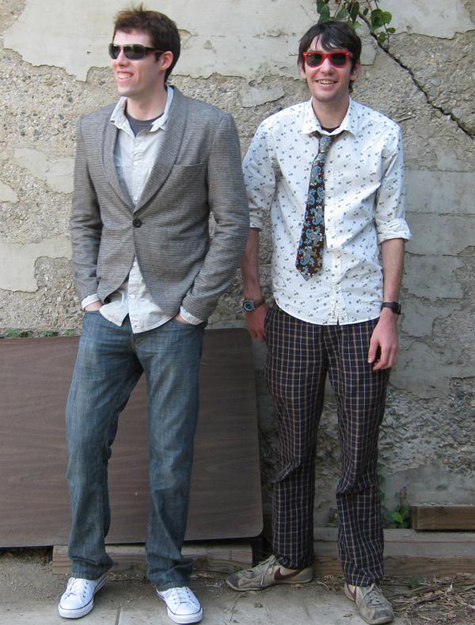 Listen to local musician Christopher Fairman’s upcoming new release, 85, 87, and allow Fairman’s smooth, strong vocals to meld with guitarist Nick York’s haunting, melodic riffs. Fairman’s brooding voice is just slightly reminiscent of singers like Ryan Adams and Nick Drake, with a darkness that permeates throughout all seven tracks—powerful, lilting melodies with the occasional romantic ballad thrown in (hey, he is only 23).

Let’s not forget that the CD was recorded in just four hours, in a session that was equally surprising to Fairman, York and producer David Houston. Although Fairman had been mulling the tracks over in his mind for months, he had no idea when the day would come to record. But the muse is a fickle creature, and one day, it struck.

“I had a really bad day, and for some reason I just knew it was the day to record,” he says. There’s nothing like recording an entire album practically straight through to turn your day around. “It was a good day. But afterward, I was pretty mentally drained,” he remembers.

Songwriting seems to be Fairman’s forte. He says that although he’s dabbled in music since the age of 8—including piano, violin and saxophone—none of those instruments really spoke to him.

“I didn’t feel like I could express myself enough,” he explains. “I decided to play the bass, which just made me want to play the guitar, which is where I ended up. I really probably only played the guitar to write songs.”

The new album marks a personal triumph in regards to Fairman’s writing, as he explains, “I think it’s the first time that I feel really good about being a writer” I was able to really let go and I could write about things I would be afraid to write about before.” You’ll hear poetry in the music, with the melodies carrying you to a place where you forget you’re even listening to words. “I write every song differently. I’m a big fan of poetry, but I don’t consider myself a poet.”

The cover art on 85, 87 was painted by Michael Pitcher, one of Fairman’s best friends, and serves more than just decoration. Fairman points to the painting as being one of the main inspirations behind the entire album.

“The painting was a big part of a year of my life, because I was writing songs and he was painting his painting, and then he gave it to me for my birthday, Fairman says. “It really feels like a year of my life all really came together.”

Song choices on the album were largely a result of that connection to Pitcher’s painting. Fairman relates that he had 18 songs to choose from, but made the decision to whittle them down to the seven songs that were the darkest. “I kind of purposely wanted to go darker because the painting is pretty dark,” he says.

Although Fairman is still young, he seems keenly aware of both his own emotions and the emotions of others. And although his music may be dark, it isn’t entirely autobiographical. “I feel like I took a year of my life and condensed it, like someone writing a novel might do. Not every character is about them,” he explains.

Fairman has also built a lengthy resume in a relatively short time. His first taste of music production happened with the band he formed while in high school, Fairman and Friends, which included pianist David DeMuri and drummer Jon McHenry. They released their CD, Patiently Waiting, in 2004. In 2006, Fairman put out a solo EP. Then, later that year, he released his full-length album Born Broken, a slightly jazzier and more pop-like album than his newest release, and including a variety of different musicians and instruments—listen for cello and violin in the background of certain tracks.

Beyond simple evolution, Fairman’s musical abilities have matured while working with so many different musicians, allowing him to embrace his many sides. “I think that back in my first band I wanted to do this jazzy rock kind of thing, and now I have separate things. I have this solo thing that is kind of dark, really moody, airy stuff. I also have a band called The Stilts and that is a mix of a pop, rock and psychedelic band.”

He calls The Stilts his “rock band”; when Fairman’s going to play at Old Ironsides, he is accompanied by Nick York and Mike Farrell on guitar, Matt McCord on drums and Chris Vogel on bass. If he’s going to Luna’s Café, that’s when he goes solo, with Nick York’s guitar riffs to carry him through.

Although Fairman still waits tables now, it’s safe to guess that he won’t need a day job for much longer. “I see music as a business,” he says, explaining all the work he’s put into his musical career thus far. “There’s just so many things you have to do to actually put on the show, especially because I like things to be good.” In the meantime, we should definitely plan on hearing the name Christopher Fairman in the Sacramento area for quite a while. “John McRea, the guy in Cake, told me that the way to make it is to keep going until you can’t do it anymore,” Fairman says. 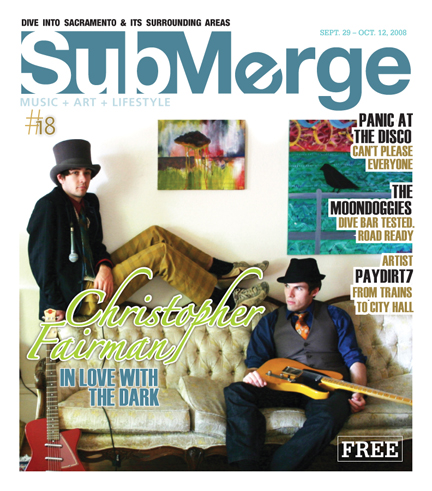