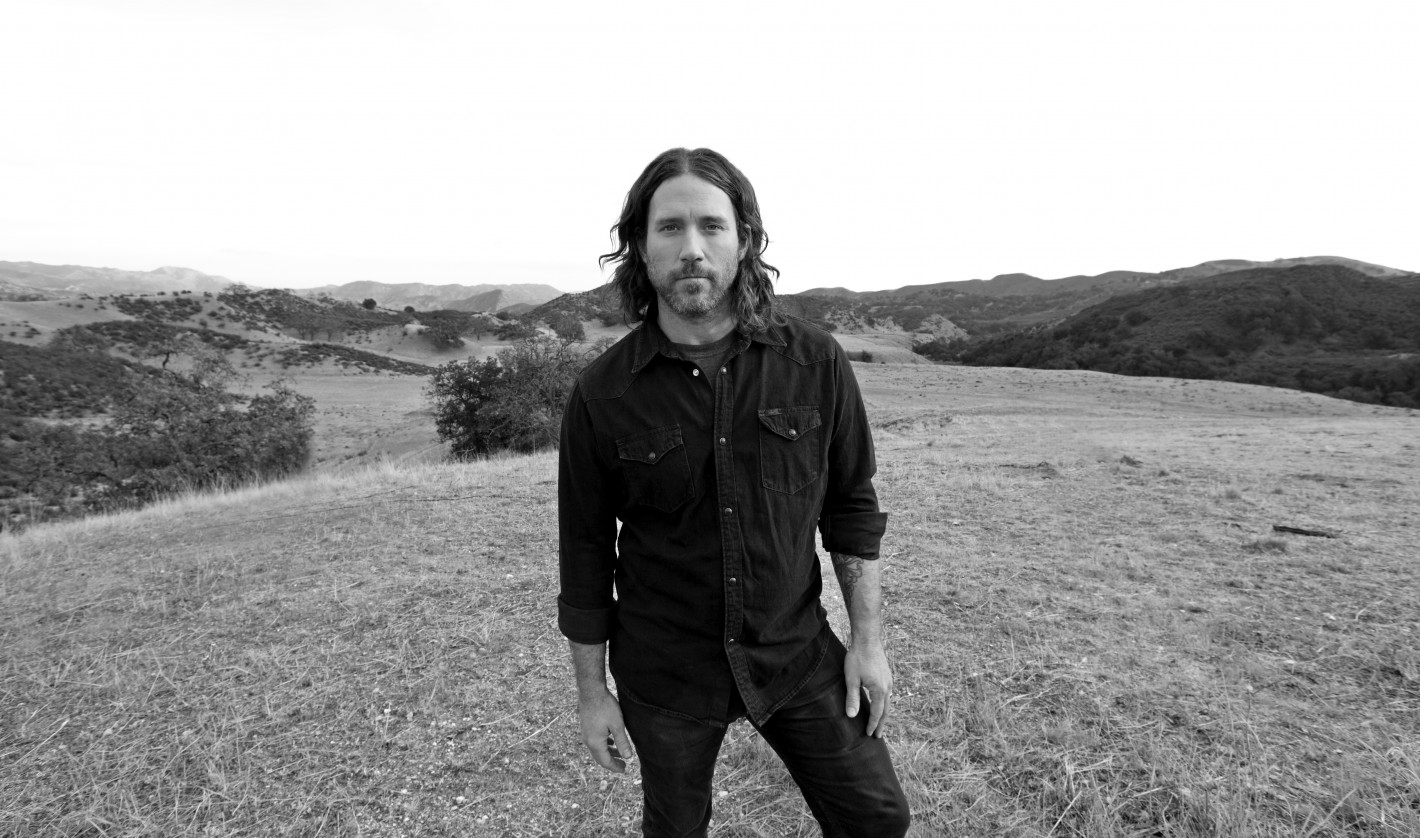 The former lead singer for post-hardcore standard-bearers Hot Water Music turned folk rock troubadour has forged a loyal following by pounding the pavement and plying his earnest and emotionally stirring song craft in clubs and venues worldwide. He’s so in tune with the highways and byways of America and beyond that he even compiled a collection of his and various other touring musicians’ anecdotes and travel stories in The Road Most Traveled in 2012. However, for his latest album, Till Midnight (released in March 2014), Ragan took a break from his hectic touring life and immersed himself in familiar surroundings.

Till Midnight was recorded in Los Angeles, produced by Blind Melon’s Christopher Thorn, and was tested live prior to recording during a European tour, but the project really started coming together in Ragan’s home in Grass Valley, California. After releasing the aforementioned book, reuniting with Hot Water Music, working on his own solo stuff and embarking on the Revival tour, a collaborative acoustic event, Ragan was in need of a break.

“My problem is I have a lot of ideas,” he says with a laugh. “It always looks better on paper, you know what I mean? Once the calendar starts showing up, and you start committing to things and then when real life comes into play, the next thing you know you’re gone most of the time. It makes it harder for loved ones at home, for sure.”

Luckily for Ragan, where he calls home is a “beautiful” and “healing place.”

“You don’t have to go very far to be completely submerged in the outdoors,” he says. “That’s a big part of my life, being on the river fly-fishing. I take a lot of field walks with my dogs as well. We hunt and we fish, but there’s so much more to it than just harvesting game and eating food that we find. We find the peace and tranquility the outdoors have to offer. That’s what it’s all about for me, and I had a lot of time to do that.”

It was a reflective time for Ragan, but also a time to just kick back and enjoy life at a slower pace. It was out of this headspace that the songs on Till Midnight were born. It’s an uplifting collection of catchy, yet still raw and rocking songs stamped with Ragan’s indelible vocals.

“I was spending a lot of quality time with my wife and my dogs,” he says. “We were still working, but I wasn’t on the road, which was really nice to get grounded again.”

It was so nice Ragan even invited his backing band, The Camaraderie, and other collaborators to his home for pre-production. He says their days would usually start with fishing before moving into the studio, then they’d cook and sit around the fire and talk.

“We did a lot of work on the songs, but I wasn’t worried about the songs,” he says. “I knew that once we got into the studio, it would just come together. The structures were pretty much there, and those guys were so pro that everything fell into place. To me, it was more about finding that bond, just coming together.”

Ragan is closing out 2014 on the road with The Camaraderie, and will play a series of solo shows (including a stop at Sacramento’s Goldfield Trading Post) in early 2015. He’ll also be heading back into the studio, this time to record music for The Flame in the Flood, a video game developed by some of the creative minds behind Rock Band, Halo and BioShock. We opened the following interview discussing this forthcoming soundtrack.

I wanted to start off by talking about The Flame in the Flood. I checked out the trailer for this video game, and I was riveted by it. How did you get involved with this project?
Scott Sinclair has been an old friend for years. He did the majority of the artwork for the Hot Water Music releases, and he’s a part of The Molasses Flood [game developers]. Scott, along with a lot of the other folks involved, thought that my music…would be fitting for their project. They came to me and showed me some of their work and what they were shooting for, and I just fell in love with the idea and the concept. And then we just started collaborating, trading ideas and finding out what they were looking for and what they wanted to hear—just getting the overall vibe of the message they wanted to convey with this project. I started writing and sending them tunes, and they loved them.

I’m thrilled to be working on something like this. It’s exhilarating for me… I really enjoy…when people bring forth their ideas and want me more or less to translate them into music, it’s always a challenging but really exciting process to be a part of.

I’d imagine it would be a lot different than writing for an album. What did you have to go on to write the songs? Did you have clips from the game?
They sent me some clips. I asked them to send me anything they could to help me find some inspiration and find the right path. They sent me everything from clips to a breakdown of the game and the sequences and some of the experiences that the character in the game would encounter. They sent me word clouds, all kinds of stuff. It was pretty clear to me right off the bat that a lot of the points they wanted me to touch upon in the music was stuff I already write about, so that’s where we both found a strong connection.

What did you find most inspiring about the game? The title song you wrote that’s featured in the trailer is beautiful.
Thank you. Simply just the will to survive, no matter what. This is a game where a young girl and her dog are navigating through a broken world and running into situations where she gets sick, gets lost or has to build a fire, or has to find food. When all odds are against her, she has to find the will to survive. That’s where I found a lot of the inspiration.

You worked with Paige Anderson and the Fearless Kin on “The Flame in the Flood.” They’re an up-and-coming band out of Grass Valley…
Yeah, I’m thrilled with them. I love that family so much. I found them when we first moved to the area. My wife and I…were walking through the county fair and we came across this tiny little stage with hay bales out, and we looked over and saw this family. And they were young… Daisy I think was 5 years old, and Paige was 13 at the time. They were just dressed to the nines. We were like, man, I don’t know what’s about to happen here, but it looked like it was going to be good. We just sat down and fell in love with that family. We laughed, we cried. It was so cool and moving.

Ever since then, I’ve followed and supported them. I helped Paige write her first song and just did what I could to show them what I know, and what I thought they should be doing. They’re not kids anymore, but all they want to do is live and breathe music. They just put out a record called Foxes in June that I helped them out with a little bit. It’s pretty awesome to see what they’re doing and where they’re going with their music and how they believe in it.

When you started out in music, did you have someone who played a similar role for you, like someone who showed you the ropes or gave you advice?
For sure. I had a guy who showed me how to play simple chords when I was 12 years old…28 years ago [laughs]. He also told me I could do whatever I wanted to do. My grandfather was probably my biggest inspiration in those days. My father wanted me to follow sports. I was good at it, and that’s what he wanted. I loved skateboarding and everything, but he wanted me to stick with the games. When I wanted to start playing music, that was the last thing [my parents] wanted me to do. My grandfather, I’ll never forget it, I was playing a song for him. I could barely even play. Bless his heart, he was being patient listening to me fumble through a song, and he said, “Son, you love playing that thing?” I said, “yeah, granddad,” and he said, “Well then you’re a damn fool if you ever put it down, and don’t let anyone ever tell you any different—even if it’s your parents.” That just blew my mind. At that age, we always rebelled against our parents, but for some reason when granddad said something, you listened. That was a turning point in my life.

You have a solo show coming up in the New Year at Goldfield Trading Post in Sacramento. Do you arrange your set list a lot differently when you’re performing solo?
A lot of the times, I don’t even make a set list. People are always so kind to request songs, and if I can play them, I’ll play them. I play music for myself, but I’m playing shows for the folks who want to see them. I’ll be playing some new stuff and stuff from The Flame in the Flood as well as a lot of stuff off of Till Midnight, which sounds a lot different than when I’m playing alone as opposed to a full band.

See Chuck Ragan play solo at Goldfield Trading Post (1630 J Street, Sacramento) on Jan. 10, 2015. Tickets for the 9 p.m., 21-and-over show are $20 and can be purchased through Goldfieldtradingpost.com. 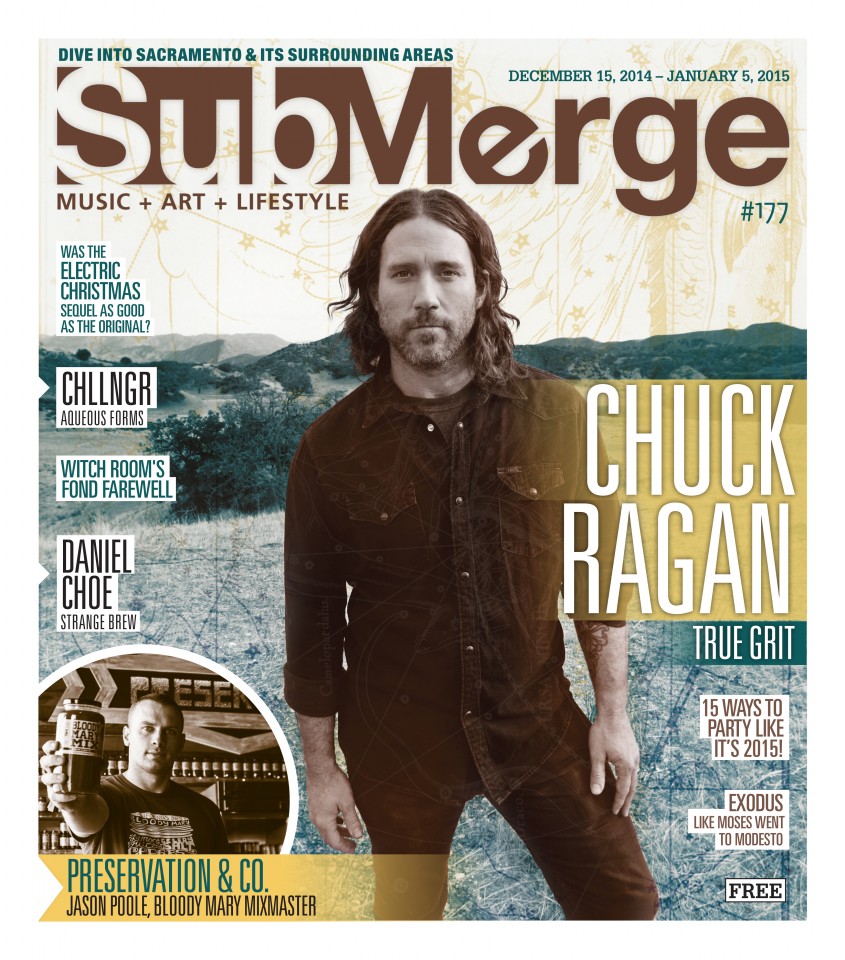