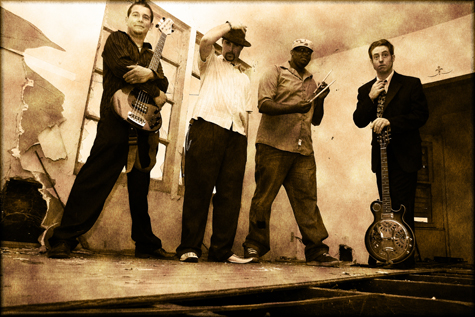 Cole Fonseca is an Old Soul

In March 2007, Visalia-based bluesman Cole Fonseca entered the studio to record his latest album, Old Soul. That in and of itself is nothing spectacular; musicians record albums. It’s just the sort of thing they do. The long road that took Fonseca up to that point, however, is another story.

“Old Soul was done by the seat of our pants,” Fonseca says of the recording. “I had some ideas for songs. I had a shit load of lyrics—believe me, I had some lyrics.”

Fonseca’s life story reads sort of like a screenplay. At 15 years old, he moved in with his free-spirited mother after being separated from her for five years.

“I smoked my first joint, my first cigarette, drank my first beer and kissed my first girl,” he says. “I went really wild. I didn’t do no hard drugs or nothing, but I never went to school. I was always going to one of my mentors’ house and practicing music all day.”

Though this may have been heaven for a young Fonseca who had a difficult relationship with his strict father, this period of his life had a darker side too. Fonseca’s mother moved the family to Las Vegas in search of work, but the relocation didn’t work out as planned. Living in a motel, Las Vegas became more of a dead end than a new beginning. Desperate for money and a way out of Sin City, Fonseca took to the streets with his amp and harmonica. In just a couple hours he’d made enough money to afford gas to drive back home to California.

“It really opened my eyes,” Fonseca says of the month and a half he and his mother spent in Las Vegas. “I went back to school right after that. I got more responsible.”

Though Las Vegas was far behind him, trouble once again found Fonseca in Dec. 2005. With a music career seemingly on the rise (he had opened for blues legend B.B. King just a month before) and a baby on the way, Fonseca became the victim of circumstance. As a passenger, he was involved in a car accident that killed his friend, the driver, and left Fonseca teetering near death himself.

“I remember screaming. I remember the screams, and I remember a lot of blood,” Fonseca says, recalling the accident in detail. “After that, I don’t remember too much. I opened my eyes for a second and saw a lot blood everywhere, and when I opened my eyes, I felt my body get extremely cold, and I thought to myself, ‘Oh my God. This is it.'”

He was without a pulse by the time the paramedics arrived. According to the bio written by his mother featured on Fonseca’s Myspace page, the coroner was told to bring two body bags just in case. Fonseca says he remembers having what he calls a dream involving his grandfather Bud Sweeny in the moments that he was struggling to stay alive.

“My grandfather used to take me out early in the morning, every morning,” Fonseca explains. “He’d wake me up at 5 in the morning to go feed the cattle. Where my family’s land is at, it’s right at the base of the mountains, and when the sun comes up over the mountains right after the first snow, the mountains are white, purple and blue, you know what I mean? It’s the most beautiful thing I’d ever seen in my life, and I know why he got up so early in the fucking morning.”

He goes on to say, “I had a dream. I don’t know if you want to call it heaven. I don’t know what it was. It was a dream to me. I was walking out of my house where we lived and he was sitting out there waiting for me. He always called me, ‘Buckaroo.’ He said to me, ‘What are you doing, Buckaroo? What are you doing here?’ I said, ‘What the hell are you doing here?’ Because he died, you know? He goes, ‘You don’t need to be up this early, and you don’t need to be here right now. You need to get your boots back on.’ I didn’t know what that meant until now. It meant I had to straighten up, basically. I woke up to a burning sensation on my chest that just fucking hurt like hell. They were resuscitating me. When I started getting conscious and I could talk, I said that I couldn’t feel my arm.”

The accident left Fonseca paralyzed in his left arm, which made playing his main instrument, the electronic harmonica, very difficult. Just in his early 20s—frustrated and depressed—Fonseca considered giving up music completely. But he mustered the courage to push forward, finding a device on eBay that allowed him to play harmonica one-handed.

“I thought some day my daughter is going to be 15 years old, and she’s going to be interested in something,” he says. “That’s what got me back into it. She was going to ask me, why did you give it up. I don’t ever want her to ask me that question. I don’t want her to ever see me as a quitter.”

Fonseca hasn’t had an easy journey, and his raucous take on the blues reflects his rowdy, tumultuous past. Still, the young songwriter has had difficulty finding acceptance in the blues community, a community to which Fonseca says he’s not afraid “to flip the big fat bird.”

“That’s the one thing I see wrong with the blues world is everybody’s trying to sound the fucking same,” he says. “It’s really sickening. The new generation of the blues, especially on the west coast, there are some incredible youngsters. The older guys are just bashing us. They’re just old and pissed off, and a lot of them haven’t even done half of what we’ve done. I’m not tooting my own horn, I’m just telling you the truth.”

The blues community that Fonseca says spurns him may not have a choice in accepting him, however. He isn’t going anywhere, and with his song “Me, Myself and I” off Old Soul, Fonseca was inducted into the Blues Hall of Fame as an ambassador. He says he expects to be inducted as an artist within the next year or so. Whether or not it’ll be smooth sailing for Fonseca here on in remains to be seen, but at the very least, the road ahead seems paved. 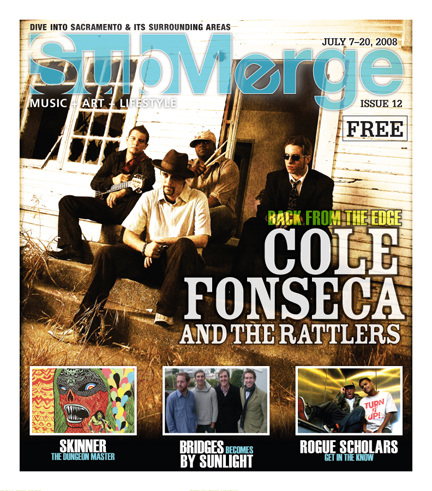