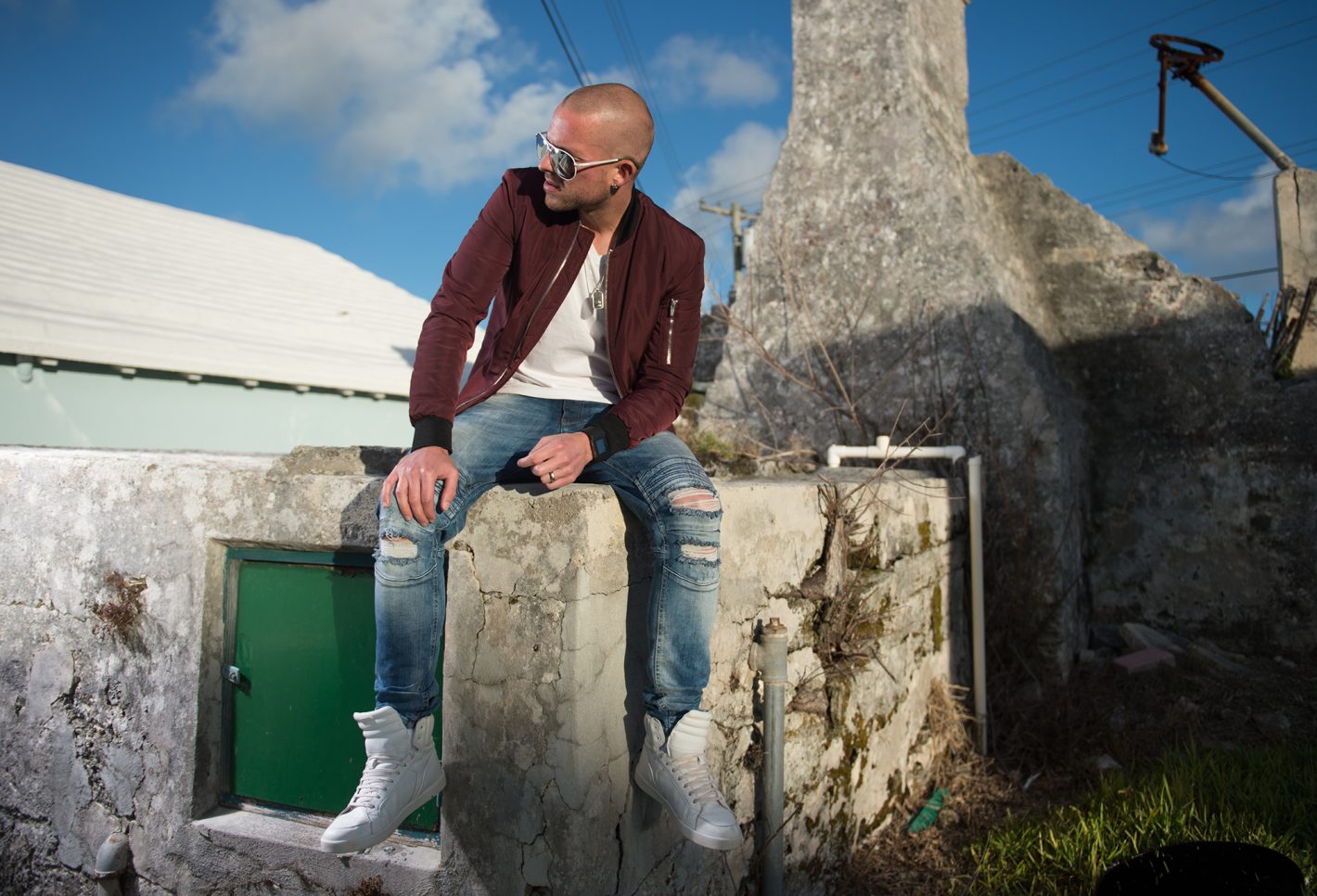 Superstardom hasn’t changed Collie Buddz much over the last 10 years, but the world in which he works has made significant strides, to his benefit.

Buddz’s music is steeped in the reggae traditions he grew up inspired by, and that muse bleeds into both hip-hop and house cuts throughout his catalog.

“Whether you call it tropical house or dance hall, I feel like reggae influences everything and is more prevalent in mainstream than ever,” Buddz says. “For me, mood music is very important. Depending on how one is feeling or what one is doing, there is always a perfect soundtrack. I think a big part of reggae’s appeal is its unique ability to cover all the bases for any mood. Also the underlying core reggae principles of equality, healthy living and conscious thinking are very important, and the more eyes and ears we get on them the better.”

The 33-year-old American/Bermudian (born Colin Patrick Harper) says he has always worked toward a goal of making great music, but notes that building a brand and diversifying is important for any business. To that end, a series of smart career and collaboration choices, along with little controversy (if you ignore the whole federal marijuana prohibition thing), have allowed Buddz to build a good life that he says is complete with his wife and two children. Buddz brings a lightness and happiness to his fans in his latest album, Good Life, and recent tours.

“We actually just finished a summer amphitheater tour with Rebelution, Nahko and Medicine for the People,” Buddz notes. “We hit the East and West Coasts on that one and my sides still hurt from all the laughing.”

Good Life dropped this summer, and is Buddz’s first album released from his record label, Harper Digital Entertainment, in another one of his major career moves.

In addition to his first big, independent release, Buddz has started a radio station that is local to Bermuda with 10,000 daily listeners and also streams internationally online (at Vibe103.com), his own marijuana strain (“Bermuda Triangle”), trendy clothing and merch, and a unique sound that keeps up with what’s hot in today’s market.

“I have many interests and only 24 hours in a day, so on the business side my strategy is very simple: Work with people who I first and foremost like and believe in and that are experts in their respective fields,” Buddz says. “Surrounding myself with the right team and letting everyone play their part has worked for me. Although vastly different, all my business ventures have a natural synergy between each other with the people being the secret sauce. My music career or any of my business ventures would not be possible without the support of my wife and family.”

This is Buddz’s third collaboration with Snoop, though they have yet to meet in person.

“For this song, Riff Raff reached out to me via Twitter about doing a song together,” Buddz says. “He sent me the beat and the hook and I instantly liked it. I laid down my part and then he got Snoop on there and the rest is history.”

The 10 songs on the album each have a slightly different sound, and perhaps only the last track, “Glass House,” has a traditional reggae feel, though accented by more electronic riffs. The album opener, “Control,” is a blend of reggae, pop and Latin music.

Highlights of the album include the title track, and “I Got You,” a sweet love song with cute Caribbean references like, “You’re hot like a Scotch bonnet pepper.”

Ten years ago, Buddz started behind the scenes, getting a degree in music engineering and helping artists in Bermuda record. He entered the reggae scene rapping in his deep Caribbean accent about weed, snagging major collaborations and a Sony record deal. With his first hit, “Come Around,” listeners noticed. His fan base grew quickly, but the topic of weed was still taboo.

A comical exchange between Harper and NPR reporter Michel Martin about “Come Around” in a 2007 interview captures the sentiment of the time:

Martin: So Collie, “Come Around,” a great song. Congratulations on the hit.

Martin: And what’s it about, again?

Buddz: Well, mercy, you want me to explain it on the air?

Martin: We could say it’s about the pleasures of getting weed again after a dry spell. Is that right?

Martin does jab Buddz later about his usage, noting he could come up with a title for his album had he not been smoking so much, and she also sheds light on the “haters” he’s witnessed in the business because he’s white. 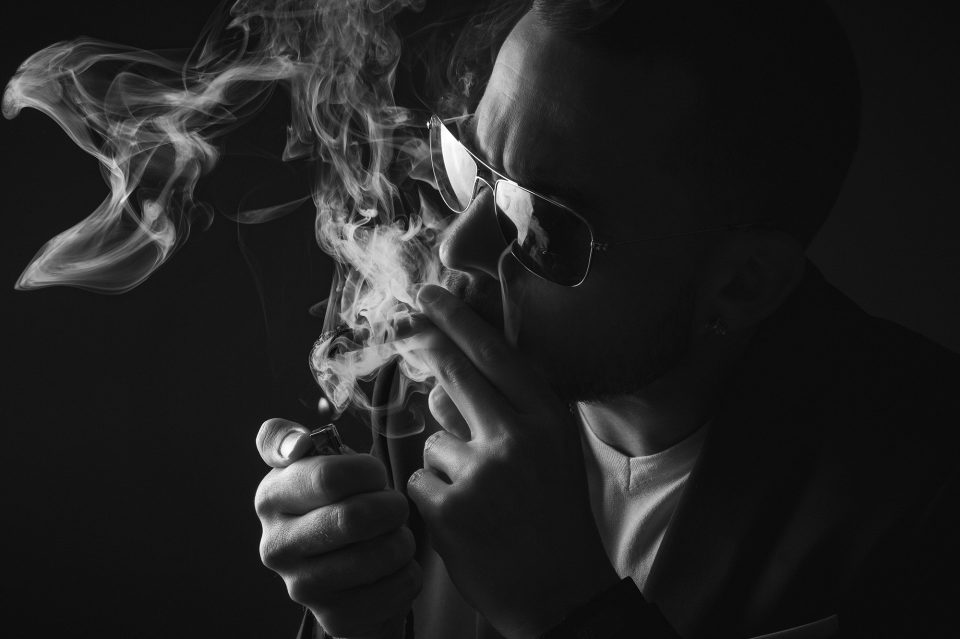 Fast forward to 2017, and those comments may not be as relevant, considering Buddz’s success across races and the changes to the marijuana industry.

“One huge difference is that back in the day it was very taboo to even discuss being in the marijuana business,” he says. “Traveling the world performing music, I have had the opportunity to meet some of the best farmers, enthusiasts and other entrepreneurs and have been very selective with whom I work. Nowadays there is a lot of green-related business ‘opportunities’ thrust my way. Understanding which ones to pass on are just as important as which ones to take.”

Buddz says the differences in legalities within states is often confusing and tricky to navigate. He understands different communities need to decide on what’s right for them, but does take issue with bans on medicinal use.

“Ultimately, the plant has so many undeniable medicinal, recreational and just utilitarian qualities that I am proud to have been and continue to be on the forefront of ushering in the end of prohibition.”

Reggae music and the marijuana industry often blend together, and that sentiment resonates on Good Life. The album is supposed to be a reflection of his life for the last 10 years, and his commitment to working toward solutions for living well.

“As an artist, I have the unique ability to express myself using music as an outlet and I hope to continue to make music that serves as an outlet for others to get through difficult times,” Buddz says. “Most of the problems I am addressing are fairly common, day-to-day issues. Living right, eating healthy and just progressing and striving to get better everyday.”

Another standout to Buddz’s creative package is the artwork accompanying the new record and its supporting tour. Buddz worked with Ineffable Music Group for the cover design and lyric video for the title track. The final design is a very hip, very now tropical vibe, reminiscent of what the latest restaurants, interior decorators and fashion designers are creating.

“With this being my first independent release, I really wanted to have a cohesive campaign that would be digestible for all and I was very happy with the outcome,” Buddz says.

The campaign will continue with Buddz’s West Coast tour starting at the end of November. He hits Sacramento Friday, Dec. 1 at Ace of Spades, followed by shows in the Bay Area, the Central Coast and Humboldt County.

Buddz will be selling his new strain, “The Swizzle,” at his California shows for those wanting to fully partake in the Collie Buddz experience.

Collie Buddz drops into Sacramento Dec. 1, 2017, at Ace of Spades. Tickets are $25. Find a full list of Collie Buddz tour shows at Colliebuddz.com.