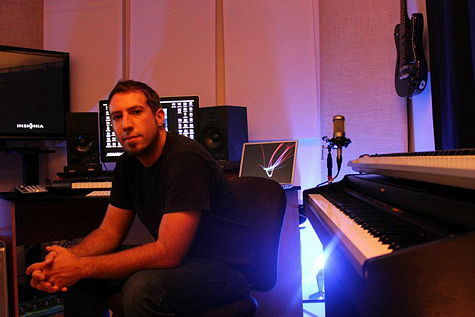 For some, getting to the cinema early for the trailers is just as important as seeing the feature presentation. Who can blame them? The trailers are often more exciting than the actual movies they’re meant to market. Trailers fuse all the best parts of the movie into an endorphin-drenched nugget of excitement, loaded with quick cuts, epic voice-overs and even more epic music. Los Angeles (by way of Sacramento) composer Danny Cocke handles the latter. Though just eight years ago, his music career and his life were in serious jeopardy.

In 2011, Cocke released From the Blue, an album of short but dramatic tracks, through L.A.-based licensing and publishing company RipTide Music. At the time, Cocke admits he was “dirt broke.” Much of From the Blue was even recorded in his old bedroom at his parents’ house.

“I was recording bands at the same time just to pay the bills, and all of a sudden it was the first Thor TV spot, and then Conan…Captain America, Green Lantern, and then I got called into custom score the first The Amazing Spider-Man trailer where they actually gave me picture–where he was in first-person running across the roof,” Cocke says. “I was a huge Marvel fan as a kid… It was totally surreal. I did not expect that level of explosion.”

Portions of Cocke’s music have also been used to promote what will likely be the biggest movie of the year, The Avengers. A full track from From the Blue, “World Collapsing,” was used in the trailer of the recently opened fairy tale adventure flick, Snow White and the Huntsman. Having a full song used throughout the entirety of a trailer is a rarity, according to Cocke.

Cocke says it’s a rush each time he hears something he wrote in a trailer, even though at this point it’s happening a lot more often. “They Came from the Blue,” another track off From the Blue, was placed in about a dozen trailers, he reports.

“Some of my composer buddies are like, ‘Knock it off!’” Cocke says.

Currently, he is poised to release another album’s worth of trailer music, this time through Position Music, titled The Verge of Total Chaos. The album is scheduled for a July 3 release, but Cocke has already started releasing tracks to his SoundCloud page. He also just started working on scoring his first feature film, The Devil’s in the Details, starring Goodfellas’ Ray Liotta.

His career is on the upswing, but just eight years ago, it almost ended before it really began. Cocke was diagnosed with stage IV testicular cancer, which he managed to fight off after a tough struggle. When Submerge spoke to him, it was the day after his eighth anniversary of his diagnosis, and today he stands cancer-free.

When we caught up with Cocke, he was enjoying some time away from Los Angeles back home in Sacramento. He admits that the concrete jungle of L.A. does wear on him. “There’s a hum of constant sound and lack of nature,” he says. “After about two months, I start going crazy.”

However, luckily for him, his work affords him the chance to leave town often, not that it’s a complete vacation. Cocke enjoys home cooking, creatively speaking, and still composes in his old bedroom at his parents’ house while he’s in Sacramento. We open the following interview talking about his process for scoring The Devil’s in the Details before discussing his latest album and his battle with cancer. 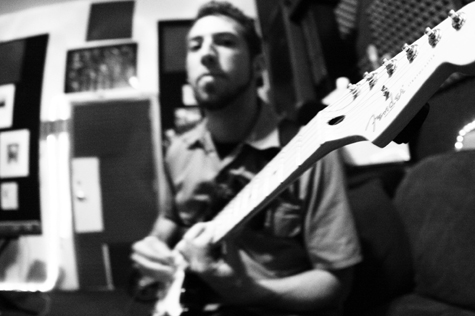 When you did From the Blue, it was an album’s worth of music, do you also approach a film score as if it was an album since it’s about the same length of music?
It’s a very different approach. It’s cool because I’ve slowly built up experience. Last summer, I helped out this bigger composer Paul Haslinger on Death Race 2. He gave me about 10 minutes of scenes to write music for. It was basically ghost writing. [It’s credited as if] everything was composed by him, but 10 minutes of it was me. And then I had two short films that I did, and then I had a bigger scale short film last summer, and then I just finished a 30-minute film that’s being used as a pitch, and that’s crazy looking. It’s like The Dark Knight meets The Bourne Ultimatum. It’s incredible. I had to do 30 minutes worth of music in two and a half weeks. It’s a lot different approach. My album was 30 minutes of music that took six months. Also, though, I’m doing whatever I want with the album. With scoring, everything has to be really tailored to picture, and each scene really dictates what you’re doing.

Have you started work on the Ray Liotta movie?
June 1, 2012, I move into a house just for the summer, down in L.A., in the valley, and that week I get reel one and sit down with the director and start spotting out the cues. It’s all got to be done on Aug. 10, 2012, too, so it’s about 100 minutes of music in two and a half months. It’s going to be crazy.

Do they breakdown the plot for you or anything like that, or will you be going into that June 1 session totally blind so to speak?
Well, I read the script beforehand–quite a while ago, actually, like last year. And I know the director pretty well, so he’s always telling me what his vision is. I just try to get in sync with what they’re seeing and imagining. With film score, there’s such a heavy reference on other film scores, so it’s like, “OK, in this scene I want The Girl with the Dragon Tattoo’s score meets these horror films…” So you have all this really nice reference so you’re not shooting in the dark. So it’s like, “OK, I’m just going to do my version of that.” Set up that kind of a palette, I guess.

Do you have an inkling of what you’d like to do with the film as of now?
I haven’t started making sounds yet. It will discover itself, but I have an idea. The way the movie goes, you don’t know what’s going on. It’s very peaceful, and then all of a sudden, the guy gets held hostage. And from then on it’s super tense. It’s going to be two parts, so there’s going to be some serene music to start off, and then the nastiest, on-edge music. It’ll be fun. I’ll start creating sounds and playing stuff over the picture and seeing what’s working. Creating orchestral elements that don’t sound mocked up is going to be the challenge, making them sound somewhat real.

You’re working on a new album of trailer music, The Verge of Total Chaos…
It’s just now finished. I was actually done with it at the end of March, but the mixer was busy on a film, but he just turned in the last mix. We’re just starting to release stuff online–one track here or there. All the trailer companies have eight of them, but they’ll have all 12 by Tuesday, and they’re already getting cut into a ton of stuff. Then it will come out on iTunes in a few weeks.

With From the Blue you said you didn’t have any expectations, but with The Verge of Total Chaos, you’ve already made a name for yourself. Your music is being used in a lot of trailers for blockbuster movies. With this album, did you, say, have films in mind that you knew were coming out that you thought the music you were making would fit in with?
I didn’t. I attacked it more from a musician’s standpoint. I did a lot of rock songs on From the Blue, and one or two of them got placed. I realized that this hybrid orchestral sound was what was working, what they were looking for, and all the editors responded saying that too. They love the old traditional stuff mixed with this new edgy stuff. But I kind of really wanted to expand on melodies and huge epicness, so a lot of the tracks have a really orchestral, epic feel. The other half is sound design-like, straight up electronic alien robot demons [laughs]. It’s always a risk each time. I just put it out and hope for the best.

Eight years ago yesterday, you were diagnosed with stage IV testicular cancer. When you were diagnosed, how did you react? Did you think, “This is it?”
Well, the first 30 seconds were a shock. I definitely had a panic attack. I’ve had panic attacks my whole life, and surprisingly at that moment after, I was super calm. Something otherworldly told me that there was going to be a lot more, and this wasn’t it. Then it was just going one day at a time. But if I had to go back and do it again, I would do it again–even lose all the hair and throw up every day for six months and get cut open–just to be who I am now. I ended up volunteering in a hospital for a couple of years after and helping other cancer patients. It was such an intense spiritual feeling of helping, and sometimes they wouldn’t make it and it was very heavy too. But it gives you such an appreciation of life. I think I put it all into music in a way that I never would have done.

Did you write a lot of music during that time?
Right before it, my band, we were signed. We were at Nine Inch Nails’ Danny Lohner’s house, and it was just like the most epic, exciting time. We were right on the verge of potentially having a really great band career, which at the time was a dream come true. I’m thankful now. I’m so much happier I’m composing. I’m glad I’m not in a band and touring and doing things like that. That was the biggest frustration. It wasn’t even chemo and all these cancer treatments, it’s that I lost the momentum of the band.

I tried to keep it up as best I could. I actually spent so much time learning even more computer production during that time, because I’d be in my parents’ house. I didn’t really have energy to go down into the band room and practice music live, so I’d just be working on the computer. Definitely after that, six months after treatment and I was in remission, I dove into music like crazy. 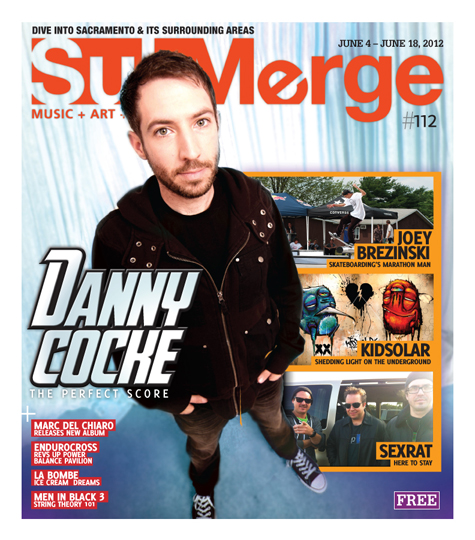 The Verge of Total Chaos will be available through iTunes and http://positionmusic.com/. In the meantime, you can hear songs from the album at http://soundcloud.com/dannycocke (or, just go to a movie, because you’re bound to hear something he did in a trailer). You can learn more about Danny Cocke at http://Dannycocke.com or at http://www.facebook.com/dannycocke.