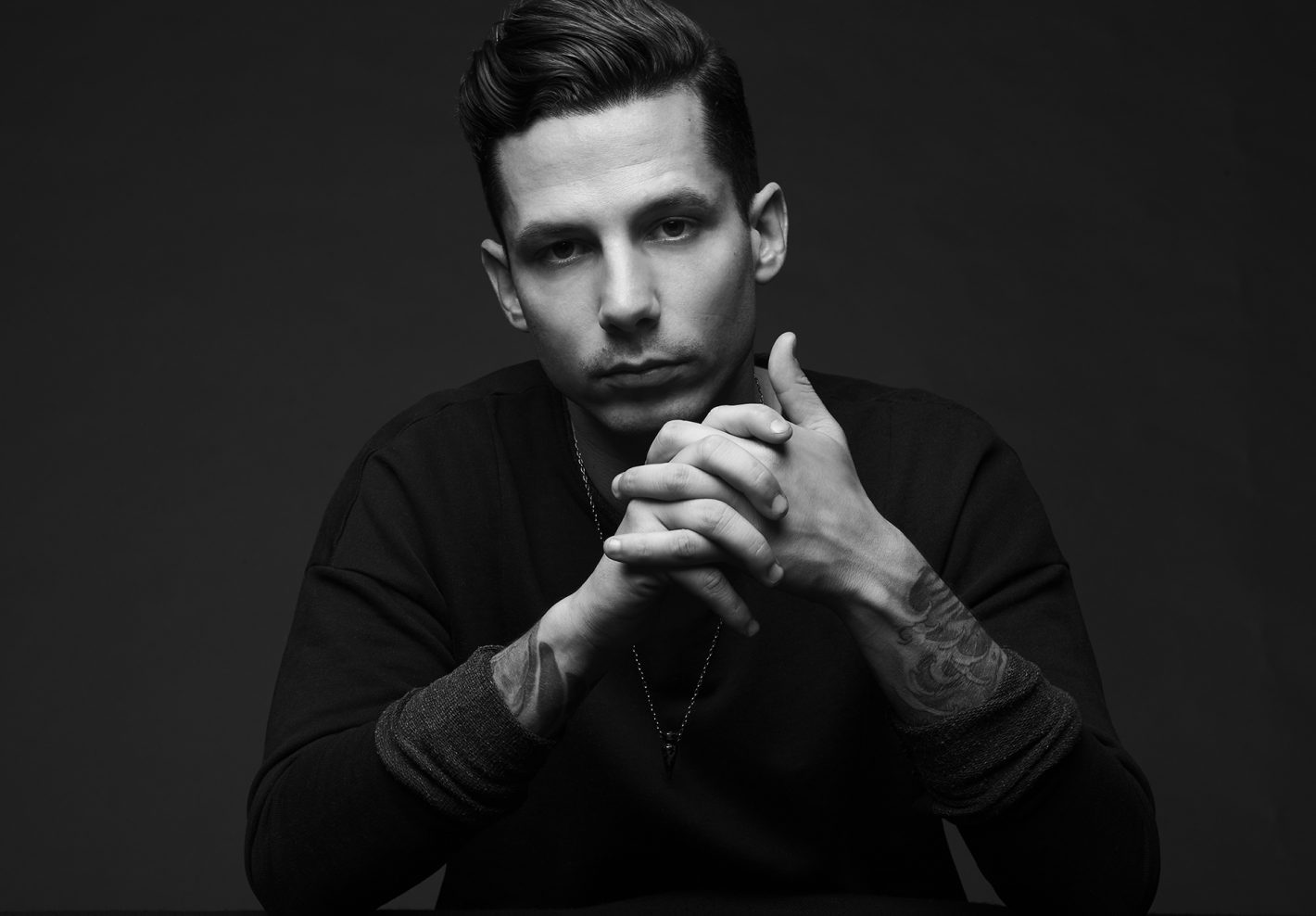 Devin Dawson has had a charmed career in music thus far. Back in December 2014, Dawson was attending Belmont College in Nashville when he and fellow student Louisa Wendorff posted their mashup of Taylor Swift’s “Blank Space” and “Style” on YouTube. It featured the two artists standing back to back near the bend in a tree-lined road. Simple and beautifully harmonic, Dawson and Wendorff easily made these songs seem like their own. The video quickly began turning heads, including Taylor Swift herself, who tweeted out the link to her followers just four days later.

“We just did it because we were having fun, and we had something special that we wanted to share,” Dawson said of the video, which now has well over 35 million views. “We didn’t expect any of that. I’m thankful for her and the way she puts up new artists and sticks her neck out for things she believes in. I’m grateful to have been one of those things. It gave me the confidence to keep stepping forward as an artist.”

Though Dawson came into his own as a student in Nashville, where many country artists go to pursue their careers in music, his roots are in the Sacramento area. Hailing from Orangevale, Dawson attended Casa Roble High School and was part of the metal band Shadow of the Colossus for a few years before he hit his early twenties and decided on a new course.

“I wasn’t as fulfilled with that music or that genre,” Dawson said. “It was fun. I loved it, and I wouldn’t change it for the world. I started to write other songs that took over my heart.”

As it turns out, following his heart has worked out rather well for Dawson. His debut album, Dark Horse, was released in January 2018 on Warner Music Nashville. He’s also graced the hallowed stage of the Grand Ole Opry and now finds himself on the road with country music legends Tim McGraw and Faith Hill.

When Submerge caught up to Dawson, he and his bandmates (Kip Allen on drums, guitarists Austin Taylor Smith and Nick DiMaria and bassist Sam Rodberg, all of whom appear on Dark Horse) were nearing Seattle for a half-day off. We asked him about his burgeoning career, its fortuitous start and about how he and his band’s raw, intimate sound plays in large arenas. But first, of course, we had to get a little nerdy … 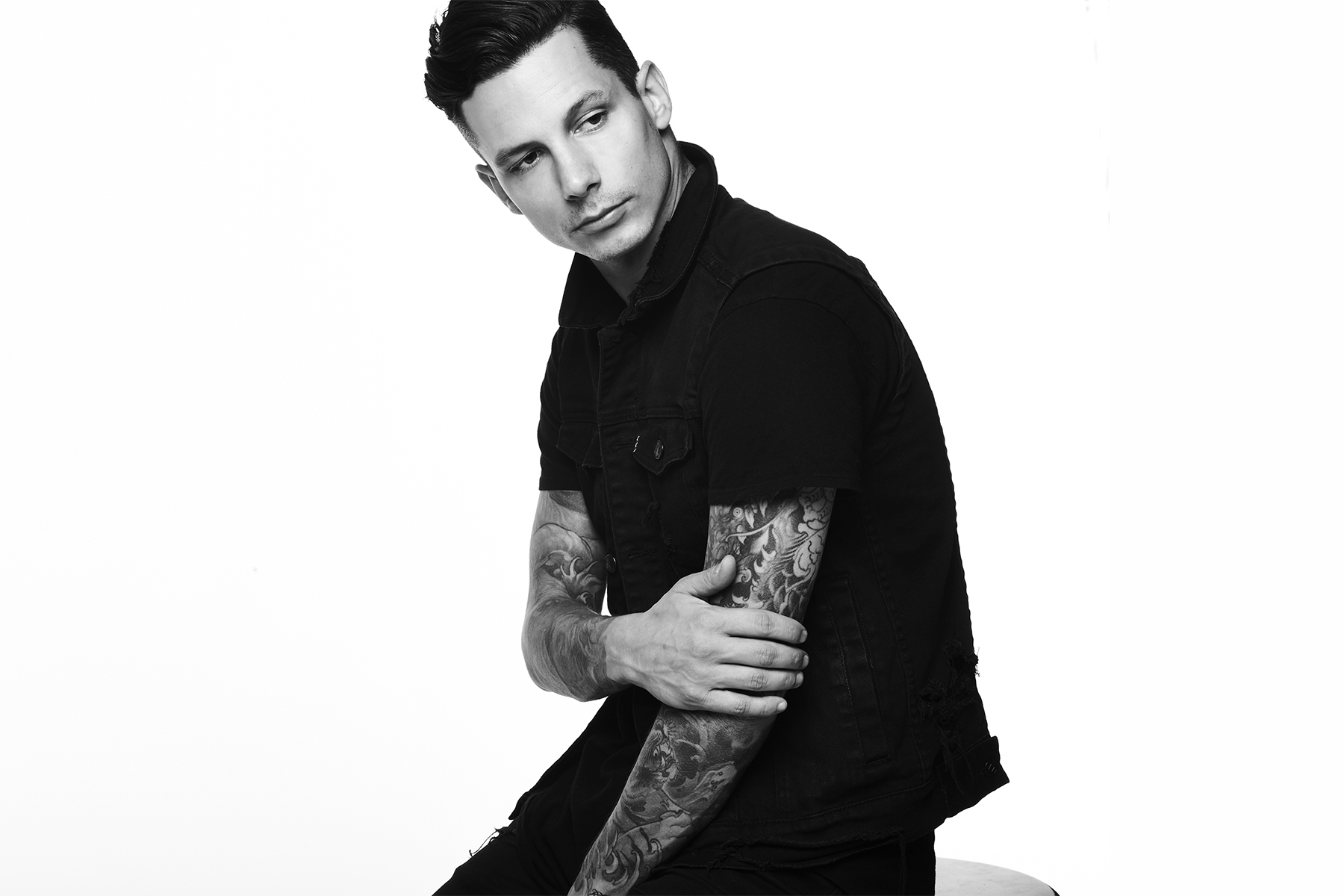 Your metal band, Shadow of the Colossus, was that name taken from the video game?
Yeah man, props to you. We would always play that as kids, and we said, “That’s a really metal band name. We should change our names to that.” So we just did.

It’s strange because it’s such a peaceful game.
It is, but it’s also kind of Middle Earth. The subject matter is pretty metal.

Where did you meet the other guys in the band?
We met in college. We all went to Belmont University together. Pretty much most of us met on the first day. A lot of us were in the same dorm together freshman year. We’ve just been jamming ever since.

Belmont College is where you met your bandmates, and it’s also where you met Louisa, with whom you shot that YouTube video that sort of propelled your career forward. Was it an artsy campus?
It’s a really small school. It’s kind of landlocked in a way. It’s a gorgeous campus. There are old historic buildings, and then there’s new buildings. It’s small compared to Vanderbilt, which is out there, too, and it’s a huge, huge campus, which really didn’t appeal to me. Belmont is mostly known as a business school, but they also offer performance, composition, songwriting, which is what I did. I think it’s more about the community of people you meet there, who are just as crazy as you are to be pursuing music for a living. It’s just the kind of incubation period of four years of getting to do it, or the excuse to do it, whatever that means. I met so many of my crew at Belmont, and I had so many opportunities through that school. It’s easier to get integrated into the community in Nashville when you’re going to school as opposed to being somebody who’s moving there and going to bars and meeting people on the street. It’s not as easy to get integrated that way. People aren’t going to want to take you to coffee if you’re just some random person, but if you say, like, “Hey, I’m a student, and I heard you speak the other day. I want to take you to coffee,” they’re like, “Yeah, let’s do it.”

I read in a People Magazine article about you that when you moved to Nashville, you were hoping to focus on songwriting for other artists. Was the mashup video you posted with Louisa the big turning point for you?
Yeah, I’m still writing and that’s still the main focus of mine. I write music every day, but there was this other part of me that wanted to be on stage and share my story and help people through that, but I wanted it to be on my own terms. I had so many people pushing me to do it, but I was like, “Nah, I’m going to keep writing songs and see what happens.” But like I said, the video gave me confidence to say like, OK, somebody likes what I’m doing as an artist in one way or another, so maybe I should pursue this full time. And it gave me the opportunity to say what I wanted to do. I had all these options and opportunities coming from it, and it was like, I can take a jump start in any direction I wanted to go and it was more about figuring out what that was. For me, it was the perfect time to capitalize on the songs I’d written about myself and for myself.

OK, that was the question I was going to ask. I was wondering if the songs on your debut were written generally enough so other people could sing them or if they were more specific about your life and the things you had going on.
Nothing I have on my album was written before the Taylor Swift thing. I tend to skew a little more selfish with my songwriting, just to tell my story. I’m just telling my truth, so at the end of the day, it’s going to be a little more selfish, but I want to tell it in a way that other people can relate to it and put their own story into it. I don’t want to make it so specific to me that someone isn’t going to want to listen to it or sing along, but I’m not going to write something that’s not true. I think it’s important for an artist to play a character sometimes. Not every song has to be exactly about your life, but the ones that are need to be relatable, because a lot of our lives are overlapping. A lot of the things that have happened to me have happened to other people. I think that’s what music is about is realizing that you’re not alone—whether it’s happiness or peril or whatever it is. There’s a song on my album called “Dark Horse,” which is the title track. It’s my story. It’s the things that I believe in, the things that I struggle with. That was a strictly selfish song to tell people who I was, but it’s become this relatable anthem for a lot of different people, when that wasn’t necessarily my goal … It helped me to realize I wasn’t the only one like that, and neither were everyone else. That’s a beautiful thing.

You’re on the road with Faith Hill and Tim McGraw, two of the biggest names in country music. The past couple of years must have been a pretty wild ride so far.
Yeah, dude, it’s freaking awesome. We got to play a couple of shows with them last summer, like four or five … but this summer we’re doing pretty much the whole thing. It’s pretty cool because we already made that introduction, and they’ve become fans of what I do, and they asked us back out. I hung out more with Faith last time, but this time I’ve gotten a little closer with Tim. We’re like playing football, which is crazy. Like you said, they’re superstars. They’re people I grew up listening to … To have that support, again, it keeps giving me this confidence in some way or another I’m doing something right and I should keep going. It’s fucking fun. It’s a blast to be on tour with them. It really is a dream come true.

You’re playing arenas like Golden 1 Center on the tour. Is it daunting to play in such a large space?
I don’t know man, I think I get more nervous with friends and family and intimate smaller things. When I look out, I can’t really see much [laughs], but you definitely feel the energy of that many people. It’s been cool to flex that muscle and get more used to entertaining a crowd that size and what they react to. I think my first reaction was to play louder and be crazier, but the things that make more of an impact in a room like that are the things that are more intimate. When you tell a story to 20,000 people, they don’t expect that. They expect the jumping and screaming, but when you tick it back and make them lean in a little bit, I think that’s become, for me, the more powerful moment.

Check out Devin Dawson live at Golden 1 Center in Sacramento supporting Tim McGraw and Faith Hill on July 22, 2018. Tickets start at $50 and can be purchased through Golden1center.com. For more on Devin Dawson, go to Devindawsonmusic.com. You’ll also be able to catch Dawson live at the Homestead festival at Quarry Park Amphitheater in Rocklin on Aug. 18, 2018. Tickets for Homestead are available at Homesteadca.com.