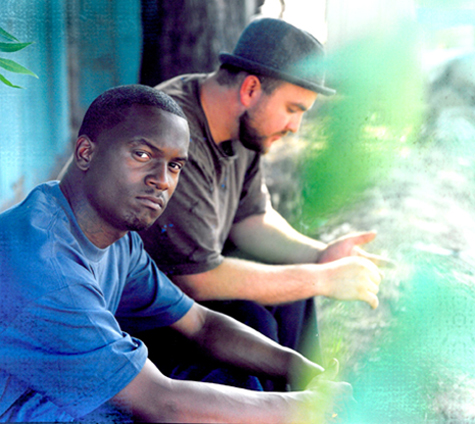 At 21 years old, rapper Fashawn has the maturity and foresight of men many moons his elder. The Fresno native grew up fast and, using hip-hop as a tool, persevered as one of the genre’s youngest and most promising talents. With his debut album, the aptly titled Boy Meets World, Fashawn paints a candid picture of life as an adolescent coming into his own, making sense of relationships and the experiences that are transforming him into the artist we hear through our speakers. He writes from an autobiographical point of view, and it shows with his ability to evoke a broad range of human emotions through his stories. As the listener you see his vision, and feel his joy and pain.

Fresh off a tour with Ghostface Killah, Fashawn along with producer Exile is back on the road for the annual How the Grouch Stole Christmas showcase, which features the Living Legend and show founder The Grouch and Oakland’s shining star Mistah FAB. It’s an amazing lineup unmatched by any tour of note this year, so take advantage of everything each artist has to offer and enjoy a good hip-hop show.
Ã‚Â
It’s been a big year for you with your debut dropping, and then The Antidote mixtape with Alchemist. How much of it was planned? And were you surprised by how successful this year was for you?
I would say that most of it wasn’t planned. The stuff with Alchemist, that wasn’t planned at all. That came up from just me hanging with Evidence, and at the time he took me on the Rock the Bells tour. I had the chance to stay at Alchemist’s crib, and from that we started building in the studio and making records. That came out by accident you could say. Just me hanging with Evidence and going to Europe and all that, this time last year I wouldn’t have pictured this. As far as Boy Meets World, we’ve been planning that for a while now. We started recording this album in like early 2008, and we got the label situation around February and we’ve just been going hard ever since.

You mentioned that the album has been planned for a while. Has the Boy Meets World title and concept always been the vision?
Yeah, I said to myself a while ago that if I were to drop an official debut album, that’s how I want to start things off. I think it was a perfect time. I turned 21 the day before my album dropped, and it was just the right time for everything. I had the concept in my head before I even went across the world and saw all these places.

There are points on the album where you talk about how you’ve been rhyming since you were 9.
Yeah, just having fun. I didn’t really start writing rhymes until I was 12. I’ve been in the studio since I was 12 and dropped my first mixtape then.

How did everything you’ve done up to Boy Meets World differ from what you had been doing?
On the mixptapes, it was just me going hard and just spitting the craziest rhymes I could think of. Just trying to find my voice and the direction I want to go. On Boy Meets World, I found my voice. The records on the mixtapes were just me spazzing out, but on the album you hear the concepts and all that. The songs were really produced; you know, Exile really did his thing and made sure everything was precise.

In terms of the music that Exile brought forth, what did he bring out of you? How do you think the direction of the album would have differed if it were a bunch of producers contributing a few beats?
I think if I were to have gotten like Alchemist and 9th Wonder joints on there, the vibe would have been a lot different. With Exile, we have certain chemistry and through the whole record you can feel that. It’s one story, kind of like a score to a movie. I don’t think I could have got that if I worked with a bunch of producers.

This is a very personal album, is there one song that you feel represents you best and why?
I would say “Boy Meets World,” which is like the 10-minute opus at the very end of the album. It’s really just explaining my story from day one to now, from being a young kid with dreams of rhyming to actually growing up and being a man and realizing those dreams. All the experiences I’ve had”¦ “Boy Meets World,” that sums me up right there.

Does all this seem surreal to you at this point? Or in your eyes is this reward for all your hard work?
Nah, it’s very surreal. I’m very lucky to have a great team around me that works really hard. I have a strong work ethic, but it’s a blessing to have the feedback we’re having. You can’t plan that feedback; that’s just something that falls into your lap.

Can you talk about some of pressures that come with the acclaim?
I guess just people calling your album a classic and asking for a second—that’s the only pressure. I don’t know; I’m just enjoying what I’m doing. I love going out every night and doing shows, and promoting my ideas and my music. I heard Lil Wayne say, “What’s life without pressure? Pressure can either make a diamond or shatter things to sand.” I feel like a diamond right now.

When you’re writing for the next album, do the accolades and people calling your debut a classic affect you or motivate you?
I’m already going in different direction creatively. I don’t know, I don’t think it affects me. I think I established myself and who I am with Boy Meets World, just bringing the audience into my life. By doing that with my first album, I feel like I can take my audience wherever I like from the club to the library.

One of my favorite songs on the album is “When She Calls.” The storytelling on that one is crazy, I was wondering if it is rooted in someone you know or is any of it autobiographical?
It’s not autobiographical. When you listen to it, you hear the story through the guy’s eyes, and the second verse is watching the story unfold through someone else’s eyes. And the third verse is what if it never happened. The story was inspired by a friend of mine who killed himself over a girl who didn’t even”¦ I just wanted to show how intense love can be. It was one of the hardest songs to write for the album, actually it was the last song I wrote and recorded. It was a story that people could relate to. It’s a dark subject, but these things happen all the time so I felt the need to talk about it.

To wrap it up, what’s next for Fashawn?
I’m working with a new mixtape with Green Lantern, which should be out soon. I’m constantly in the studio, always working. 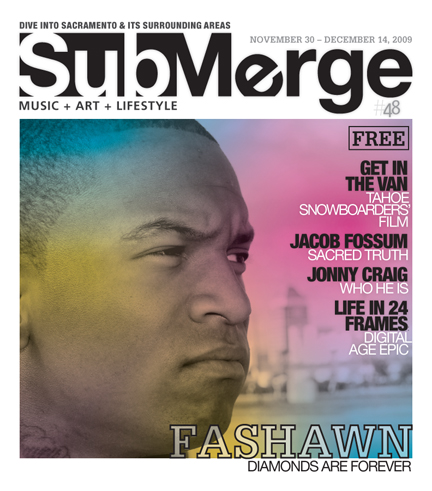 Fashawn played the Empire Events Center on Dec. 12 as part of the How the Grouch Stole Christmas tour with The Grouch, Mistan FAB and Exile.