How to Succeed in Music with Ruby Ibarra 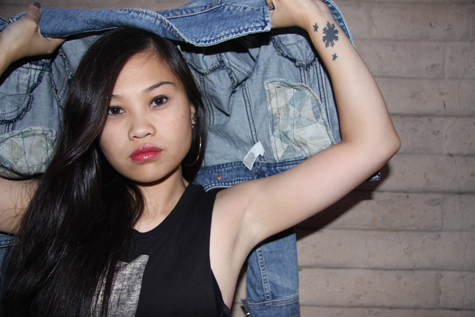 MC Ruby Ibarra cut her teeth rocking shows in Davis, but has since taken the Internet by storm

Ruby Ibarra has grown. Not physically, of course. She’s still small as a tree stump, but with a wide-reaching Internet presence and a new mixtape, Lost in Translation (hosted by DJ Kay Slay), under her belt, the 5-foot MC has expanded in the hip-hop sense of the word.

Ibarra can rap her ass off. When she first started rocking shows several years ago in Davis (where she attended college), crowds couldn’t help but to take notice. She was a spectacle to behold. Not only did Ibarra move around the stage with finesse and precision, it was clear that the petite rapper had an innate talent for language. Her word choice, diction and annunciation—even the way the syllables moved from her mouth into the atmosphere—brought new excitement to the medium of MCing. Steadily, Ibarra has found her footing and she has started to climb.

Not long after she graduated, Ibarra began making music videos and posting them on YouTube, a couple of them making their way to the depths of Internet’s World Star Hip Hop (aka Red Light District), known for its obsessive attention to hood brawl videos and clips of naked crackheads twerking in the streets. While WSHH may very well be the sign of a rapidly declining civilization, there’s a certain prestige that comes with having one of your music videos displayed there, if not simply for the amount of Web traffic that the site generates on a day-to-day basis (perhaps the same rationale personal injury lawyers use when they advertise on bus stop benches). Anyhow, when Ibarra realized her video posted on WSHH, she was ecstatic, if not a little clueless.

“I didn’t know that it was up online until I opened up my Facebook and I had like 100 friend requests,” she explains. “I’m like, ‘Oh shit! Something must have happened.’ [But] I knew if it was featured on there that it would allow me to reach out to a bigger audience and get my views up.”

To date, almost a quarter-million people have viewed the miraculous video of Ibarra spitting that nasty freestyle over a classic Channel Live beat where for two minutes she stands in front of a microphone, weaving her voice in and out of the drums, speeding up and slowing down to create textured tones and patterns. Impressive, indeed. Even the comments on the video (which on WSHH can be some of the most foul and ignorant examples of the English language to ever grace the Internet) remained unusually generous: “Dope!” exclaimed Tommy Yang; “cuz is cold,” said mr.cer913kc (who might win an award for the worst screen name ever). Even Cincothakid had enthusiastic praise: “She got tha stupid dope moves, respect.” But with the good always comes the, well, strangely racist: “Chink bitch is type nice hopefully she signs with somebody can actually advance her career and not just anybody.”

Perhaps it’s the thought that counts.

Ibarra recalls encountering these less-than-kind comments: “It’s funny because I told my mom that the video was featured on that website and she went to go check it out,” she says. “And I didn’t know she was going to go and read all the comments. She’s like, ‘Man, there’s a lot of haters on that website.’”

Haters aside, Ibarra has pushed through negativity and kept her eyes on the mic, even garnering odd comparisons to more established rappers, such as Kreayshawn and Raekwon.

“That’s a pretty broad spectrum,” she laughs, slightly entertained by the incongruous pairing. “So I guess I fall somewhere in the middle.”

But with an increasing show of technique and bravado, Ibarra managed to by pass most comparisons and solidify her own, unique style—a barrage of well-crafted lyrics with a slight Filipina lisp. She began making a name for herself, and with that name came a tiny (but growing) digital empire. 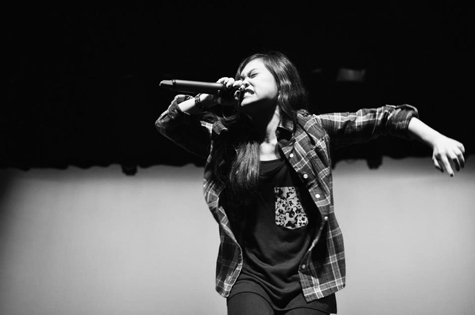 “I decided to focus on releasing videos online,” she says. “I noticed that a lot of the media today is Internet-based, and a YouTube video is this generation’s demo tape. I’ve tried to release videos on a monthly basis.”

It worked. Ibarra got a message one day from Hieroglyphics producer Domino, who she was able to meet and record a few tracks with in the studio. And soon enough, she met DJ Kay Slay and eventually set out to record a collection of her own songs, an undertaking that ultimately became Lost in Translation, a mixtape that manages to combine the MC’s powerful command of language with her penchant for ‘90s-era beats.

“The idea has been around for me for three years now,” Ibarra says. “I always wanted to put out a solo project just because people have been asking me if I had a full body of work.”

Lost in Translation is certainly a full body of work, as it culls from a diverse well of the hip-hop canon. The track “Boom Bip” utilizes a choice A Tribe Called Quest sample to recreate a genuine golden era vibe. In “Set it Off,” Ibarra guns her vocals full-force over RZA’s “Protect Ya Neck (The Jump Off)” beat. And one of Ibarra’s favorite tracks, “Guess Who,” is a serious and heart-wrenching tale of a woman’s search for identity and self-worth.

“That one stands out for me because it has a positive message and I guess people are used to me doing that type of lyrical, underground east coast sounding hip-hop,” she says. “That one’s a bit different and actually had more meaning.”

And there’s even some unintentional comedy on the Lost in Translation mixtape, where the host, New York’s DJ Kay Slay, manages to severely and loudly mispronounce Ibarra’s last name in between almost every song (“My home girl, Ruby eye-BEAR-AH!”). It’s a blunder that Ibarra laughs off like a pro.

“When I got his audio files, it was basically the week of me releasing the mixtape, so it was kind of too late to have him go back in the studio again,” she says. “We were like, ‘Fuck it. Let’s keep it on there. People always sabotage my name anyways.’”

In the end, the mixtape, heavily laden with punch lines and odes to old school rap, is both nostalgic and new. For every retro-boom-bap beat, there’s the MC, whose complex language catapults listeners from the past into the not-so-near future, all in the space of one track. And as a rapper, she’s fearless, never shying away from topics like personal struggle, culture and triumph. On “LIT,” the mixtape’s concluding track, Ibarra touches on the core of who she is, as a woman, a rapper and as a Filipina. Over a murky, guitar-laden beat, she rhymes:

I devour all these nouns, but I can’t tower over vowels.
I confess sometimes the accent got me feelin’ far from proud.
And so I tried to translate, hyphenate the culture gap,
Never realizing hiding that was putting culture back
And words are powerful when kids be memorizing raps,
Spitting it verbatim, this is where the higher learning’s at.
I gotta write verses to better understand self,
But sometimes be sayin’ words don’t understand myself.
It’s more than verbal language just to reach communication;
I got so much to say, but I’m lost in translation … 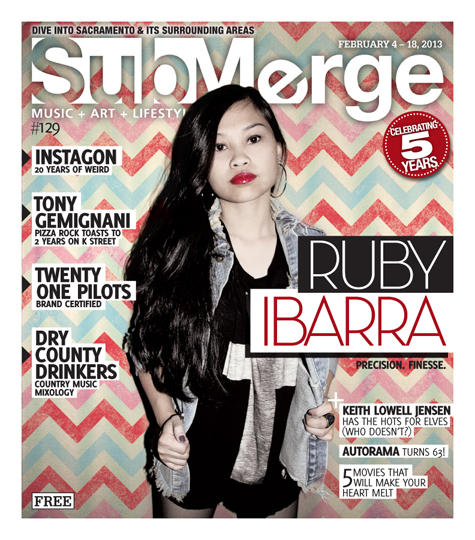