For as busy as his 2014 was, you’d think Richmond, California-based rapper Iamsu (stylized IamSu!) would be content to kick back and enjoy a little downtime. That’s most certainly not the case.

In fact, when Submerge spoke to the young, rising hip-hop star, he was gearing up for a flight halfway around the world to Australia to play his first-ever string of dates in the Land Down Under, hitting five cities.

“I’m really excited,” he said as we began our phone conversation. “I heard they love hip-hop over there.”

This year, Iamsu’s travels have taken him coast to coast and around the globe, with even a stop in Paris along the way.

“Man, it was amazing when I went to Paris,” Iamsu said of his Oct. 3, 2015 performance at the Be Street Festival. “It was a great experience. I can’t wait to go back. There was a lot of energy. They just appreciate rap music, hip-hop, in a different way. It was really cool.”

Iamsu’s recent bout of globetrotting has been in support of his most recent release, and his first studio album, Sincerely Yours, released in May 2014. The album features 15 seamlessly woven together tracks that are refreshingly sparse, with a laidback feel that’s perfectly suited to Iamsu’s Cali-cool cadence. It also boasts guest appearances from Wiz Khalifa, 2 Chainz and Bay Area stalwarts E-40 and Too $hort. Rolling Stone ranked the album among its “40 Best Rap Albums of 2014.”

Though Sincerely Yours was technically his debut, Iamsu has been releasing mixtapes at a torrid rate since 2010. Beginning with Su! the Right Thing, he has put forth nine mixtapes, including 2015’s Eyes on Me, which is available for digital download. Among those releases were Kilt and Kilt II, which will lend their name to Iamsu’s forthcoming sophomore studio album, Kilt 3, which he said should be ready “early next year.”

“The album, as far as music goes, is complete. I’m just in the process of … gathering all my media content, which is something I’m doing different,” Iamsu said of the anticipated release. “With the last album, I didn’t have all my videos done before I released it. I was doing stuff after the release date … I just wanted to get all my stuff done and give everything to the people all at one time.”

He said that continuing the Kilt series was meant to recapture some of the feelings he had earlier in his still young music career.

“It’s definitely an evolution from those two. It’s me revisiting that feeling that I had,” Iamsu said. “When I recorded those first two mixtapes, the mindset on the music, just on determination, was so high. That’s what I’m giving people on this Kilt 3 is just a lot energy. It’s more so about feeling my presence.”

Upon returning from Australia, Iamsu will hit the familiar roads of California, including a stop in Sacramento. In the meantime, you can learn more about this burgeoning Bay Area rap star in the following interview. 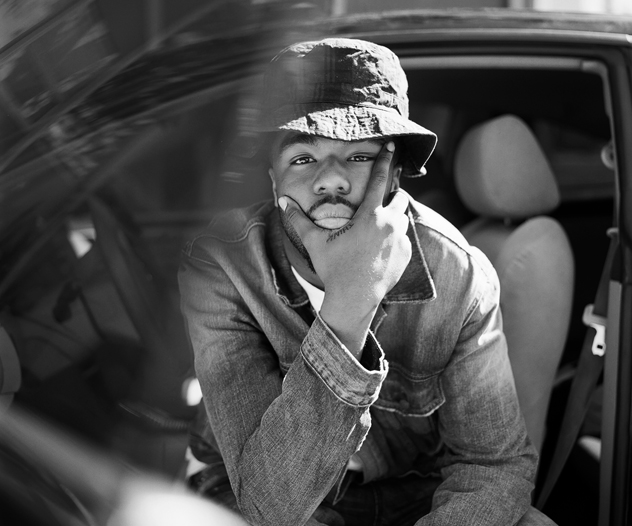 Before you released your first proper studio album, you released a bunch of mixtapes since 2010. Are you one of those people who are constantly writing and working on ideas?
Absolutely. Every time I get a chance to get in a studio and work on ideas, I do. This is just my passion. Hopefully I can get in a studio in Australia and catch that vibe.

Have you been in contact with any artists or producers in Australia that you’d like to collaborate with?
Some people had hit us up about if we were looking for a studio, so I’m going to see if I can get in that studio.

Do you have material you’re working on, stuff that you’ve written, that you’re looking to record?
Nah, I’m more of an in-the-moment type of writer. Sometimes I’ll write stuff on my phone—just the beats or whatever—and record it later, but I’m more so in the moment.

You’d released a bunch of mixtapes before 2014, but Sincerely Yours was dubbed your debut album. How was recording that different from your experiences making mixtapes?
It wasn’t too different. I had a lot of freedom with that album. I did something more alternative with that project, because I was really trying to showcase my artistic capabilities, so that was really cool … It was a great time. It allowed me to do a lot of different things.

One of the things that struck me about Sincerely Yours, even through the intro and interludes, was how the tracks seemed to flow together so well. It felt like listening to one long song with a bunch of different movements. Was that something you really wanted to work on when you were putting it together? You’d said you were looking to make an artistic statement.
Definitely. I’ve got to give a lot of the credit to some of my boys who helped me put the album together Kuya Beats, P-Lo and Chief. They helped me put that album together, because I was on the road. I had an overall concept, but they were the ones who helped me put it together.

What was the overall concept you had for Sincerely Yours?
It was an open letter to my fans. I wanted to make it like an audio book—just free-form thoughts and me just communicating openly to my fans, because I was in an interesting headspace at the time. I really had to express that. I feel like I got that all off my chest.

I was really digging the title track. The lyrics seemed very open and honest. Could you talk a little bit about how that song came together?
That was just where my head was at at that exact moment. When I listen back to it, it puts a smile on my face, just because I see how much I’ve grown up since then … To be honest, I was afraid of success. I wasn’t afraid of failure, because I don’t believe I’ve come all this way to fail. I was afraid of all the things to come, like traveling overseas and going on TV, you know what I’m saying? Because all this stuff is destined, and I wasn’t really sure if I was prepared for it at the time.

Do you think you’re more prepared now?
Definitely, and that just comes from maturity. There are a lot of things that happened over the past year that have made me grow up, you know what I’m saying? My grandmother passed this year, my uncle passed this year, and that was really hard. That really made me face reality, you know?

You’ve gotten a lot of attention from some major media outlets like Rolling Stone and even the New York Times. Did that help contribute to your fear of success? You hear a lot of cautionary tales of people approaching stardom and they can’t handle it. Was that where you were coming from?
It was definitely both. A lot of cautionary tales. It just comes from maturity, man, I had to realize I’m not scared. I had to use that fear to propel myself and not hold myself back.

The Bay Area has such a rich hip-hop history with guys like E-40 and Too $hort, and you’ve gotten to work with both of them. Did they impart any wisdom on to you as far as having a long career in music and helping you mature as an artist and just as a professional?
Oh definitely. I had a few talks with E-40, and he gave me a lot of knowledge as far as taking my time with music, and Too $hort as well. They’ve had probably the longest running rap careers, so I’m in good company.

Do you feel any responsibility, being from the Bay, to carry that banner, so to speak, of being the new generation?
I’m just walking my own path, and I want to represent the Bay Area, period. I hope to take it as far as they took it. So yeah, I want to carry that torch.

Catch Iamsu live at Ace of Spades in Sacramento on Dec. 4, 2015. Show Banga and Anjali World will also perform. Tickets are $20 and can be purchased through Aceofspadessac.com. 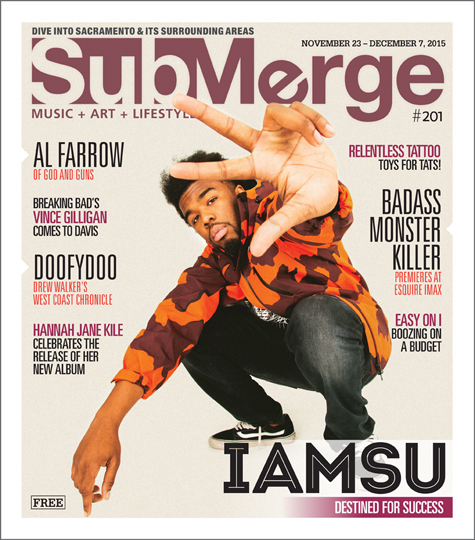