Do What You Feel 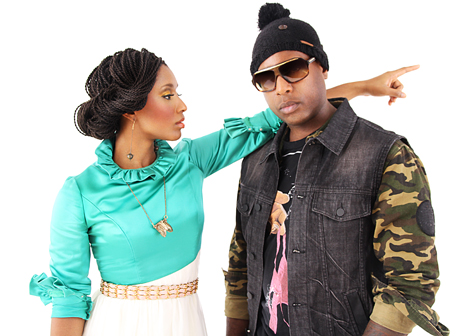 Talib Kweli has become synonymous with underground hip-hop. Through his solo career and his collaborations with DJ Hi-Tek (Reflection Eternal) and Mos Def (Black Star), Kweli has enjoyed mainstream attention that hasn’t tarnished his artistic credibility. Res (pronounced reese), a rock/pop/soul singer from Philadelphia, may not be as well-known, but she’s no less talented. Signed to MCA Records, her 2001 debut How I Do received some attention with video play on VH1 before she fell victim to the major label machine. A few years back, Res and Kweli began hanging out in a studio, writing songs. They called it Idle Warship, but it wasn’t until the release of the band’s first album, Habits of the Heart, in November 2011 that the project began to realize its potential, according to Kweli.

“Idle Warship was an abstraction before Habits of the Heart came out,” he says. “We’ve been doing this for four years. Now we’re getting a lot of interest from a lot of artists who are just now starting to get it.”

Fans of both artists’ solo careers may at first balk at the songs on Habits of the Heart. This isn’t the hip-hop Kweli has become known for with a simple addition of a prominent female voice on the hook. In fact, Res is at the fore of many of these tracks with Kweli playing more of a supporting role. “Are You In,” for example, is a spacey funk-flavored rock track where echo effects lend Res’s earthy vocals an ethereal quality. “Covered in Fantasy” gives listeners the Kweli they know and love, showcasing his word-heavy flow, but the beat behind him might be something you’d more likely find in an electronica track. Res, singing the chorus, chimes in with, “There’s a lot more inside of me,” as if to request that fans leave their expectations behind them and come along for the ride, wherever it may lead.

“I think that the album feels like a total collaboration between the producer, what Kweli brings to the table, what I bring to the table, the writers that we work with,” Res says of Habits of the Heart. “It’s bigger than just what Talib and I do. It’s all the stuff that we love, and all the music that we love that we’re not able to express in our solo projects.

“I feel like this group brings out the best and the most unusual things in everyone.”

These songs may be unusual, but their charms are apparent. While Idle Warship may not be receiving accolades in the way of album sales just yet, Habits of the Heart has caught on with some critics and fans. More importantly, however, it’s lit a creative fire inside Res and Kweli. When Submerge spoke with the two artists, Kweli mentioned that he and Res are already working on a second Idle Warship album (this in addition to Kweli’s new solo album Prisoner of Consciousness and a new Black Star album both due out in 2012). Res says that the new music is still in its early stages, however.

“We wanted to be sort of the type of thing where we put out an incredible second album quickly, which makes people be like, ‘Yo, did you check out their first album?’” Kweli adds. “That’s where we’re at with it right now.”

Kweli and Res discuss, among other things, the benefits of having two Libras in the same band in the following interview.

One song that really attracted me, which was strange because the slower songs don’t usually jump out at me first, was “Beautifully Bad.” It’s a gorgeous track. I was wondering if you could talk about where that one came from a little bit.
Talib Kweli: That’s my favorite record too. The title Habits of the Heart came from that one.
Res: I think the songwriting on that is really great. A woman named Zenya Bashford, she penned that, and Kweli as well. It’s a story that resonates with every woman. You know, being in a relationship that you love for so many reasons, but at the end of the day, there are one or two things that you know are so horribly wrong with the relationship that make it a bad relationship, and it’s those one or two things that are the deciding factors. It’s a give and take, push and pull kind of record. I think Talib’s verse is really dope, and it was done right. I think the vocals I do complement it, and the music is really simple, but I don’t know, really profound at the same time. If the beat was anything more, it would have taken away from the song. You really get to hear the emotions.

It’s funny how the simplest song can really strike a chord. Do you find that when you’re working, that less is more?
Talib: That’s a lesson for me, because I have such a wordy, loquacious style. I like to listen to complex beats. I enjoy beats with a lot of things going on. If you listen to my records through my solo career, it’s been a challenge for me to find the right beat that matches my style as opposed to rapping over music where my style gets lost. But Idle Warship brings me closer to that balance.
Res: I was thinking, when we were in the studio doing a song, I did notice that you, Kweli. You were like, “OK, more, layer it,” and I think my preference is to have less, but again, this group is different than what I would personally do, and that’s what I like about it. I see that it’s changing–well, not changing 100 percent–but it’s making me feel like I can do more layers in songs and pushing the envelope in what I’m doing with my own sound.
Talib: It doesn’t even always work for me, if I can criticize myself. What I like to hear isn’t always necessarily what I sound the best on rapping.

From talking to you guys, it sounds like you balance each other out in a lot of ways. Is that something that developed over the four years you’ve been collaborating together or something that you noticed right away?
Res: I think we both know for the most part what we like. I can be convinced, though. Talib is a wordsmith, and he can convince me sometimes when I’m like, “No, no, no…”
Talib: Don’t give me too much credit, though. I can only convince you when I’m right [laughs]. When I’m wrong no amount of words will convince you. I only go hard when I’m right.
Res: I guess we do balance each other out. We’re both Libras, and we do agree on a lot of things musically, but visually, we don’t–at all. When he’s like, “Red,” I’m like, “Blue. What are you talking about?” Or something like that.

Do you think you’re going to bring your experience from working on this album to what you’re doing in your solo careers?
Talib: I’m finding it a challenge for me not to do Idle Warship music on my new solo album… You have to do what you feel. At the same time, I’m trying to have respect for the body of work… It’s more about does it fit the album rather than what people expect of me. Now I’m in an Idle Warship mind state, and that’s where I’m at with it creatively. Now for the first time in my career, I have to physically and mentally switch gears because Idle Warship isn’t an abstraction any more, it’s real. I’m making decisions based on the sound and based on what I want to do. I think Idle Warship has helped me be more true to myself musically.
Res: It’s kind of hard to get out of a mode. Now that I’m writing solo songs, I’m going to the mix engineer who has made some songs for Idle Warship, and he does dance and deep house, and I’m like, “I kind of like that,” but I normally do more rock/pop and alternative songs in my solo career… You don’t want to make 12 or 13 of the same record, but at the same time, you know you have a certain brand and a certain sound, so I feel you on that. It’s like, hold on. You’ve got to say, “I’m supposed to be creative all the time, no matter what I do.” Do you stick in a certain lane or do you keep going? I think it’s a problem for any artist.

Talib has a bunch of projects, and you have your solo stuff as well as Idle Warship. Do you think it’s easier not to have side projects and just focus on one thing?
Res: I think it’s easier to have side projects. I think it’s better for an artist to have side projects. You learn more about what you can do. When you team up with other people, you get more aspects of yourself out there. There are songs that I’m singing on this record that I couldn’t even write myself. I don’t even write in that key. I’m pushing myself to sing a lot harder, and it’s a lot more challenging for me to sing Idle Warship than my solo stuff… Doing more projects, doing different things makes you a better artist. Period. 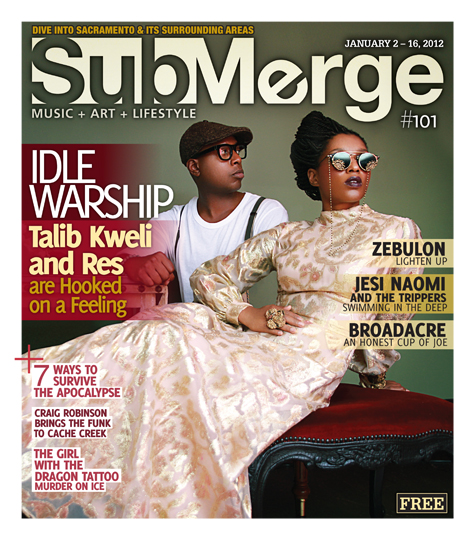