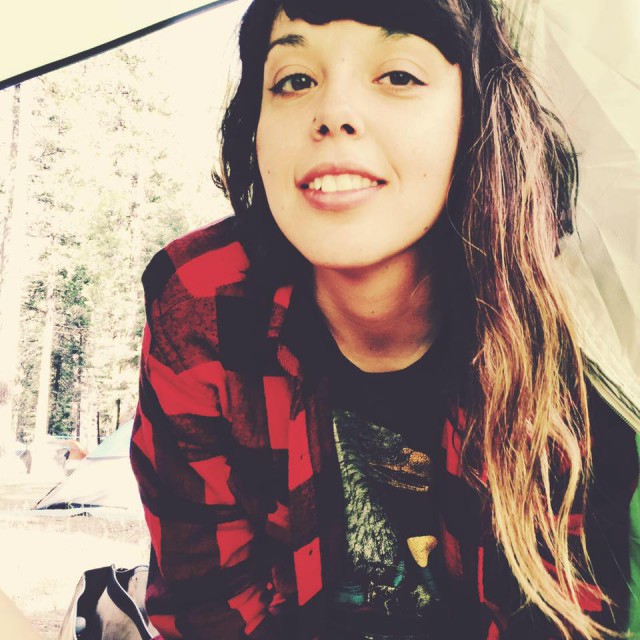 Immortal Technique is not just a political rapper. As much as people like to cling to labels, he’s not having it. He may rap about the president and the everyday struggle of third world countries, but 29-year-old Felipe Coronel believes he’s much more than just a rapper who rhymes about injustice. He’s a guy who puts forth action, backing up his words. And if you were thinking of giving him flack for taking over four years to put out another album, forget about it. He was busy visiting with prisons and probation programs, fundraising for children’s organizations, and helping the construction of an orphanage in Palestine. With his new mixtape, The Third World (which dropped in July and is produced by DJ Green Lantern), Immortal Technique proves that you don’t need a major label to be heard by the masses.

What provoked you to get into the political realm of hip-hop?
I don’t think it was necessarily the political realm I was looking for. I grew up always having to defend myself or getting into some scuffle over something. At the same time, when I started to direct that anger and frustration, it naturally evolved into trying to find the root cause of those problems. I’m not re-directing or channeling personal issues that I have and aiming them at the government. I’m not trying to overcompensate over any issues that I have. It was more of a question that once I became educated to the fact that, “What am I doing sitting here fighting with my own people? I’m really just fighting myself,” I realized I really didn’t have any control over my own life. I wanted to find out who had control over my life and in-turn, who had control over them. And who’s had control over people over the centuries. How do you facilitate control? Isn’t that one of mankind’s biggest vices? The fact that since we can’t conquer ourselves, we overcompensate by conquering other people. We conquer other cultures, we conquer our women, we conquer every aspect of our reality.

There are definitely certain stigmas for being labeled a “political rapper” and whether or not you feel you are, people are going to label you as such because of your lyrical content. Would you prefer another title or are you just done with labels altogether?
I think it’s funny that we use those labels for me and then for other rappers, who rhyme about women and cars all the time”¦so, are they “bitch rappers?” You got rappers who rhyme about selling drugs all the time, so is that “drug hop” or “crack rap?” There are rappers who have never looked at life and then they rhyme about it, so is that “fake hip-hop?” What do labels really matter? I don’t concern myself with those who try to marginalize me as much as I do focus and make an effort to go in-depth about what I do and what I commit myself to, and that prevents people from putting me in a box. If someone is going to pre-judge me and not even know me, there’s nothing I can do to really change that person’s opinion so I’ve got to let them go handle themselves. I’m more concerned with the people I come across, and that I’m able to present a clear and complete picture of myself so that they are not simply having their opinions manipulated by other people who may have pre-conceived notions about me without even knowing me.

Going back to your childhood, what were some musical influences of yours that motivated you to create?
My parents would play jazz, a lot of oldies, a lot of Spanish music. My mother used to play classical music for me in the womb, so I’ve always had a love for that too. I think in terms of hip-hop, the first people I started to listen to were Slick Rick, Ice T, Ice Cube, Eric B. and Rakim, KRS-One, Public Enemy”¦a wide array of people. Those people I just mentioned in terms of hip-hop never had much influence over my style of music as they did over my business mindset. I had the opportunity to speak with legends like Chuck D. and KRS-One and to have the opportunity to talk about the business aspect of hip-hop, which opened my eyes to exactly what the industry was and drove me away from trying to get a major label deal. I figured I could be more successful doing things independently and have more creative control. So, I credit those brothers not so much with helping me grow as an MC but more as a businessman and a person whose perspective of music was greatly aided by the reality check they brought to me.

In the over four-year span between Revolutionary Vol. 2 and The Third World, you were relentlessly touring and writing for the newest album, but you were also involved with a few different organizations, such as prison programs, right?
I would visit prisons and probation programs. I also decided I would get myself further involved in fundraising work. I was raising money for a student’s organization in Chicago and a children’s hospital in Palestine. Most recently, I launched something called the Green Light Project where I joined with a human rights organization. We are building an orphanage/medical clinic in Afghanistan. I pledged to donate some of my own money and to do a fundraiser for them to spread the word and go to Afghanistan at the end of the year to oversee the final stages of construction.

That is amazing. Sadly, you don’t hear about too many artists getting involved in the various aspects that you are getting involved in. You don’t really hear about many hip-hop artists helping out with organizations.
It’s simply because I am who I say I am. I don’t have to pretend to have a persona. I don’t use revolution as a marketing scheme like other rappers who don’t know how to defend the intellectual platforms they put forth in their music. You’re not going to find that here. You’re just going to find somebody who is exactly who he says he is.

What message do you want people to get out of listening to The Third World?
I want them to understand the duality of what the record actually means. It goes further than just being [from] an independent musician. Anyone who is out there doing anything, regardless of whether you are an artist, musician or if you are studying to be a teacher, understand that anyone who is very successful at some point has to make certain compromises in their career. I think it’s because we define success by other people’s standards, that we are confined to thinking that way. The concept behind the record is not just about the hood here in America. We might suffer, but that’s nothing compared to the suffering in Africa, the Middle East or Southeast Asia. It’s critically important to point out that the same way that first world super powers constantly come and oppress and exploit the third world for its land, labor and resources, it’s the same way that major labels come and exploit the third world, which is the underground of music. They come to take your oil, your labor and your resources. The only way they can be successful is if you sell them your publishing and sign a 360 deal. That struggle is seen across the world. 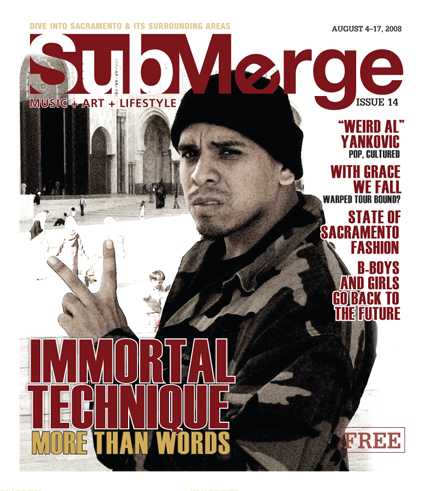