When you’ve had the rug pulled out from under you all your life, you learn to walk barefoot on the gravel. At times, the on-paper version of folk singer-songwriter Jacob Golden’s artistic journey—from the U.K. scene where he first learned the dramatic ups and downs of the music industry, to the rugged trails near his hometown in the foothills where he reconnected with his purpose—can seem like a long, sharp travail. The first leg of his career was shaped by a series of brushes with mainstream success that fell apart due to unforeseen circumstances—band breakups, contractual obligations, and the capricious tides of fashion—that left much of his work un-promoted and underexposed.

Still, Golden has maintained an uncanny ability to catch ears in high places, bringing him before the eyes of the world at various points in his life, notably in a televised appearance on BBC’s live music institution Later … with Jools Holland and a coveted spot as featured artist on the series finale of The O.C. For better or worse, fans and business insiders alike continue to find a vital, intangible spark in the songs of Jacob Golden, who has only grown in stature as a crafter of songs. What has changed more drastically in recent times is his approach to the idea of a career in music. Understandably soured on his previous label experiences and with the politics of promoting an album, he has opted to connect with his fans in a more modest fashion in the years since his last solo release, Revenge Songs (2007).

Since then, he’s been soul-searching and sound-shifting, rediscovering his original, transparent love for music and uncomplicating his life in general. At one point, he gave up music for long-distance running in the Sierra Nevada, an ascetic practice that completely removed him from his aesthetic aims; later, he teamed up with local electronic producer Dusty Brown for a project named Little Foxes, which transformed his sound palette entirely to downtempo/psychedelic/trip-hop, revealing a new versatility in the process. While recording his new album, The Invisible Record, Golden envisioned a new route for his work, resolving to “write records in public,” in effect giving listeners complete access into his creative process, using social media to share new musical ideas at different stages of their development.

For an already accomplished artist, Golden is now poised for a reintroduction of sorts to his home country, where he hasn’t toured extensively as compared to Europe. There is an air of optimism that surrounds the musician, the feeling of personal history giving way to a new found openness and self-knowledge. The Invisible Record represents the work of a new artist, with a music box of beguiling, yet guileless, songs, for whom it is more rewarding to captivate an intimate living room audience than vie for the fickle attention of a million potential listeners. Songs like “Book of Ages” and “Tomorrow Never Knows on the 45” seem like they could fill stadiums as easily as they would headphones in a darkened dreamer’s room, a car stereo on a dirt forest road or the undercurrent of a great, broken, reinvented, ever-hopeful American metropolis. The sentiment of Golden’s new direction is best summed up on the near autobiographical song, “Bluebird”, in which he sings: “I threw it all away and what I found was much more beautiful than I can say/In that darkness I looked down on my discoveries like a big blue bird over the highway.”

We recently sat down with Golden to talk about the current chapter in his career, how it bridges with the past, and what lies ahead in the near future. 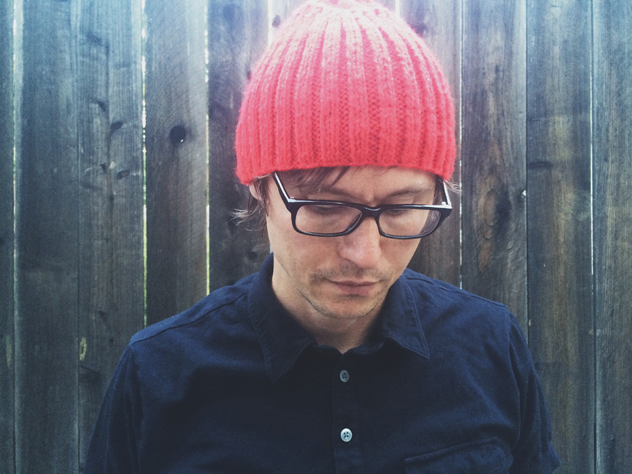 Where does the title for The Invisible Record come from?
It’s a response to my feelings after making the last record. I felt so proud of it after making it, I was ready to come back to the States from England and promote it, but it was invisible—that’s how I felt. A lot of the lyrics on the album riff on that idea—about being helpless in a way. There’s a line in “Wild Faye” that says “Even all the greatest minds will lose their head before the Queen.” It’s about the realization that you can be, say, a Stephen Hawking, and still at the end of the day, you can’t escape dying. It’s so humbling, there’s nothing you can do to prevent that. All you can do is pour yourself wholeheartedly into your life to create your work while you can.

How did you take up long-distance running?
I realized that I liked to go back up to the foothills where I spent a lot of time as a kid and I discovered a lot of trails up there that I hadn’t known about. Then I heard that people actually run on these trails for long stretches. The high school I went to is actually the finish line to a hundred-mile foot race that’s been going on for 20 years. People run from Tahoe, over the mountains and down into the foothills. I was inspired by that sort of personal resilience that you have to tap into. It was completely different than playing music, but also intense. I just started really getting into that—my longest run was about 33 miles and it took me like 7 hours. I threw up twice, and I got stung. I ran through a wasp nest or something. It was an adventure, you know? It really helped to clear my head from all the baggage. I still do it, but I had to cut down on it when transitioning back into making this latest record.

You’ve mentioned in other pieces that there were years that you never sang a note. What drives a musician at heart to do that? What advice coming out of that would you give to people struggling with their own creativity?
Well, as much as I enjoy the creative act of making music, I never really played music for fun. It was like I was training for the Olympics. I was so focused on achieving something more, something great, like someone who trains their whole life and finally makes it but then falls short in his own estimation. This is sort of akin to how I approached music, so seriously, every day. So the falls were hard for me and it was hard to separate the “art” from the “game” or my voice from “Jacob Golden” the singer. So at times just picking up my guitar was too much for me mentally. As I got distance and much healthier perspective and frankly, chopped away at my self-importance a bit, I began to remember the simple joy of making music. Playing with Dusty Brown helped a lot. I don’t feel like I need to convince the whole world that I’m somehow special. I can just be who I am and if you like and connect with what I do, then that’s great, but if you don’t that’s OK too. I believe in my work.

Would you say The Invisible Record is your most optimistic work?
It maybe has the sense of being cool with who I am and also being cool with having this drive, that I’ve had since I can’t remember when. All throughout school, I had this idea that I was going to do music. I didn’t think about anything else. It was all-consuming. To realize that I could flip that and do things on a grassroots level on my own terms, that’s really optimistic for me. I can set my own standards for what success means, without pushing 50,000 units. Just pushing 5,000 units is a huge success for me.

Will you be releasing projects on a more regular basis from now on?
Yeah. I haven’t formalized this, but I’ve been playing with this idea of writing my next album in public, essentially. And instead of hiding away in my little studio and getting into this perfectionistic cycle, which can take you down a bad route. There’s a part of that process that’s good, because I’m proud of what I’ve done in the studio before. But it’s easy to get lost in that, and years go by. So the idea is to be much more transparent and sharing of my creative process. Starting a year ago, I’ve been posting a lot of clips of me working on songs on Instagram, YouTube and my blog, and I want to get even more into that. I want to invite people into the whole experience of making a record. It’s probably going to be set up with my Patreon, inviting people in and giving them some context as to where I am in the process. Making an album that evolves and grows in front of an audience. That sort of social pressure is actually very good for me.

I heard that one of your latest ideas is to record a collection of Torch Songs? What else lies ahead?
I’m a really big Nina Simone fan. Her music and her vocals have a very selfless quality that is really poetic. Recently I did this Frank Sinatra tribute show, where I performed some of his old ballads, and those songs had the same kind of quality. These songs are so cool and very vocal-driven, something I can really dig into as a singer. I could do these in my own context, and they seem to have a production aesthetic I can relate to.

Another important thing for me is just to stay out there, because I feel like I’ve stored up all this momentum, which is hard for me because I’m not an extrovert. I like connecting with people, but in more of a one-on-one setting. I just need to keep up with communicating and staying out there instead of just disappearing, which I’ve already done a few times. 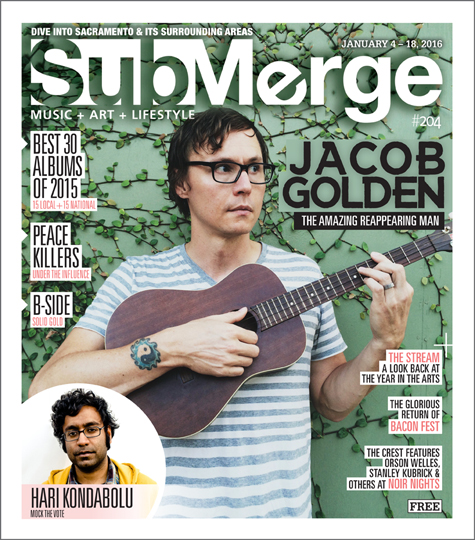 Jacob Golden’s The Invisible Record release show will take place at Sol Collective (2574 21st Street, Sacramento) on Jan. 22, 2016 at 7 p.m. This is an all-ages show, and advance tickets are just $7. To order tickets in advance, go to Jacobgolden.com/live.