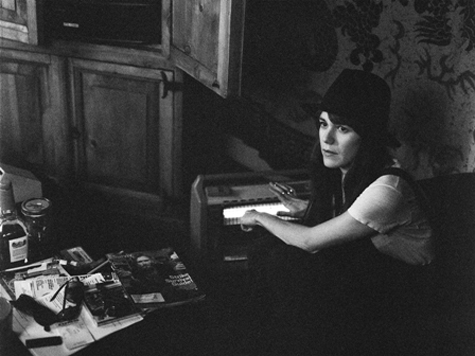 The Magic of the Moment

It’s possible that Jenny Lewis can do no wrong. On her solo debut, Rabbit Fur Coat, she slipped out of the indie rock outfit that served her well throughout her time with Rilo Kiley and into something more gospel. The result garnered an even wider audience and subsequent acclaim. On her most recent solo record, Acid Tongue, released in fall 2008, Lewis once again found herself eager to experiment.

Acid Tongue was recorded live using analog equipment at Sound City Studios in Van Nuys, Calif. with as few overdubs as possible. This was a first for Lewis, who, in an interview with the Onion A.V. Club, called herself a child of the digital age. However, instead of being intimidated by recording an album without a ProTools safety net, Lewis says the process of recording Acid Tongue was more “relaxed.”

“It was really about capturing something that was happening between three or four people, other than an isolated experience,” she says. “Yeah, your chops have to be up. You have to know the songs. You have to know what you’re getting into, but I think it frees you up emotionally.”

The album’s free-spirited sound is probably best exemplified in its title track. “Acid Tongue” was recorded in a back room of the studio with just Lewis on guitar and a four-member male choir that featured Chris Robinson of The Black Crowes (just one of Acid Tongue‘s many noteworthy contributors). She wrote the song while on the road with the Watson Twins and later tried it out on Rilo Kiley’s most recent album, 2007’s Under the Black Light, but “it just didn’t work out.”

“Sometimes you can rehearse a song, and it can sound great in the rehearsal space, and then you get it to the studio, and it just doesn’t work,” Lewis explains. “It’s all about the moment and the vibe.”

Lewis will be looking to make more moments on the road as she continues to support Acid Tongue. Her travels will have her playing major festivals (Bonnaroo, Coachella) as well as headlining shows. She hits The Empire in Sacramento on April 15. Submerge spoke with Lewis as she was preparing to head to Australia for the first time.

You’re heading to Australia in a couple of days, are you looking forward to the trip?
Yes, it will be my first time there.

Oh, nice. Is there anything you’re looking to check out while you’re over there?
Koala bears. They’re pretty stoned on that eucalyptus.

I love seeing pictures of them, because they’re always fat and sleeping, which is something we can all aspire to.
It’s a good combination.

The first Rilo Kiley album came out in 1999, and in the 10 years since, you’ve released seven albums as a member of the band and as a solo artist. That’s a lot of material. Are you constantly writing?
I am, I am, though over the last year, I haven’t written as much as I have in previous years. I’m starting to slow down a tiny bit. I might take my time with whatever it is I decide to do next.

Why do you find yourself slowing down?
I guess for me, I’ve reached a certain point where my perspective has shifted. I’m not in my twenties any more, and the things that interest me aren’t necessarily angst-y, and if you’re going to continue writing songs for the rest of your life, you have to reassess what excites you from a songwriting perspective. I think it’s growing up a little bit and allowing yourself to evolve.

It was just a few years ago that you turned 30. Was that a big deal for you?
It was a big deal for me, but it didn’t really hit me until I turned 31, and then when I hit 31, then my mortality”¦I guess I started questioning it a little bit. Thirty-one was a little rough, 30 was great and 33 has been pretty good so far.

I read that some of Acid Tongue came together in the studio. Do you attribute that to the recording process, in which you tried to do almost all of it live, or does that happen a lot when you head to the studio?
I guess that depends on where you’re at. Things always happen spontaneously in the studio, but I think, yeah, we went into this wanting to track the record live. I think vocally for me, that was the main focus, just being able to sing these songs live, which I’ve never done before. I think in doing that, I kind of surprised myself, just as far as the vocal delivery was concerned. It was different than it would have been if I had later overdubbed the vocals.

Did you do a lot more preparation going into this album?
I did, and I also chose the musicians who were very capable of recording that way. I worked with people who could handle the process, because not everyone’s cut out for that process, and that’s fine. I’ve made plenty of records on ProTools and even digital performer. I think there’s definite value to that, but for this, I really wanted to showcase the ability of the musicians I was playing with and also to just have everything on the songs, mistakes and all.

During your career, the music has branched in different directions from album to album. Now that you’ve done an album all analog, is there a desire to go all digital, a la Kanye West and just mess around with Auto-Tune and other toys?
I don’t know about Auto-Tune. I’m not a huge fan of that. I think it’s over-used in pop music. But, yeah, I’m open to anything. I’d make an album on Garage Band. I just want to try things out. I demo all of my songs on four-track, and I’d love to release something like that at some point. I’m really open to it. I think being on Warner Brothers for this record it really allowed me to go into the studio, and I had the resources to pay my friends to play on the record, and I got to go into this really nice studio, and make a documentary of the making of my record. For the next one, I don’t know where I’ll be, I don’t know how I’ll approach it, but hopefully it will be exciting. 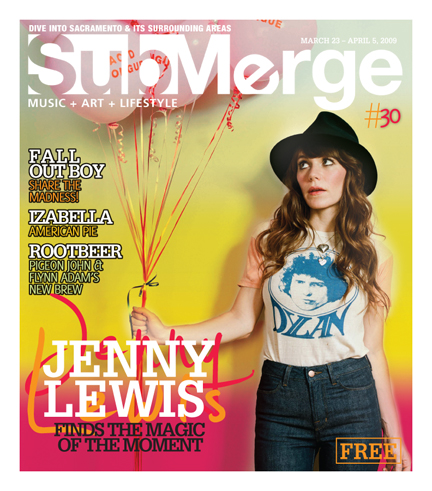