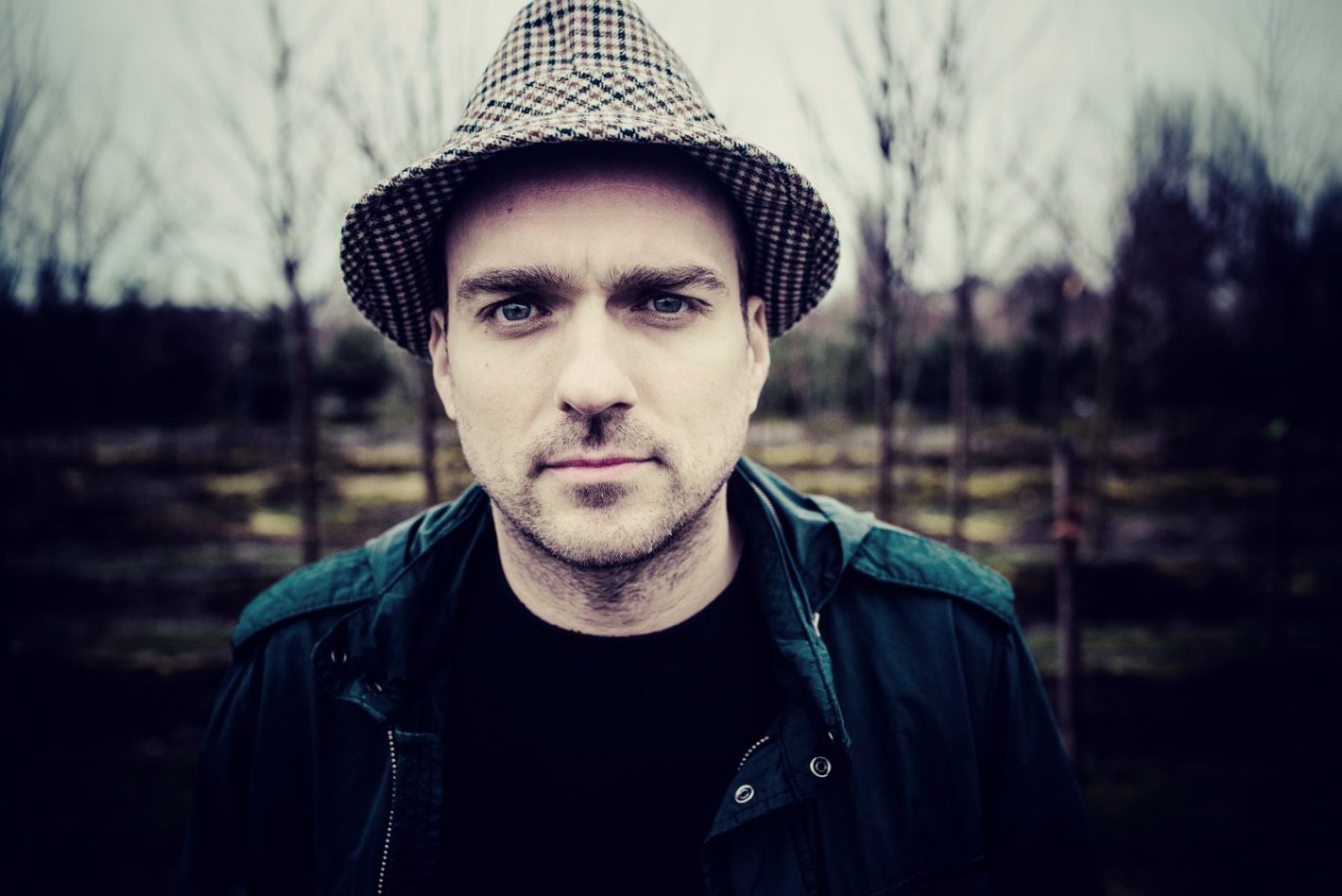 For more than a quarter century, Jeremy Enigk has made a huge mark creating heartfelt music straight from the soul. Beginning in the early 1990s with highly influential rock band Sunny Day Real Estate, Enigk, along with Dan Hoerner, William Goldsmith and Nate Mendel (who went on to be bassist for Foo Fighters) created a unique style of high-energy music blended with impassioned moments. This new sound was a distinctive mix of post-grunge and post-punk, which became popular within the independent music community. As they gained popularity after their first disbandment, writers and critics tagged the group as “emo.”

Enigk quickly dismisses the “emo” term to describe his music by stating, “That was something that was attached to us later,” he says. “We came from a punk rock sensibility and went to punk shows.”

It is obvious that Enigk acknowledges his time in Sunny Day Real Estate as being a very valuable and important time in his journey, but he was not spiritually in the right mind frame to carry on the group.

Sunny Day Real Estate dissolved in 1995 at a point when the group was still very much on the rise of gaining popularity, after the mammoth success of their Sub Pop Records debut, Diary. The stresses of early success mixed with inner struggles prompted Enigk to step away from the band for a couple years, in order to work independently. This transition allowed Enigk to reassess his situation as a musician and, perhaps more importantly, his role in the universe.

Enigk elaborates by saying, “The songs I write are 100 percent spiritual and a reflection of how I feel inside. If someone can relate to it, that’s amazing.”

During the break from Sunny Day Real Estate, Enigk created the solo epic masterwork album Return of the Frog Queen in 1996. This album takes the listener on a gamut of moods and sparks mystical imagery. Album opener “Abegail Anne” slowly builds energy with acoustic guitar and whispered vocals. Violin, cello, drums and Enigk’s signature, beautifully controlled shout power this high-intensity track, which he states is “still a flagship staple in my set lists.”

In 1997, just a year after Frog Queen … was released, Enigk reformed Sunny Day Real Estate. They recorded How It Feels to Be Something On in 1998 and The Rising Tide in 2000. Though the latter album was highly regarded amongst fans and critics alike, lack of record label funding contributed to the group splitting up.

In 2001, Enigk formed The Fire Theft with familiar friends Goldsmith and Mendel. The group recorded an album and EP before disbanding in 2004. In the span of four years from 2006–2009, Enigk recorded three full-length albums, World Waits, The Missing Link and Ok Bear. After a long stretch in between solo albums, the highly anticipated album Ghosts was released in 2017. In a recent interview with Submerge, Enigk reflects on the re-release of his highly adored solo debut, discusses the pros and cons of different touring methods and confesses his favorite beer tastes. 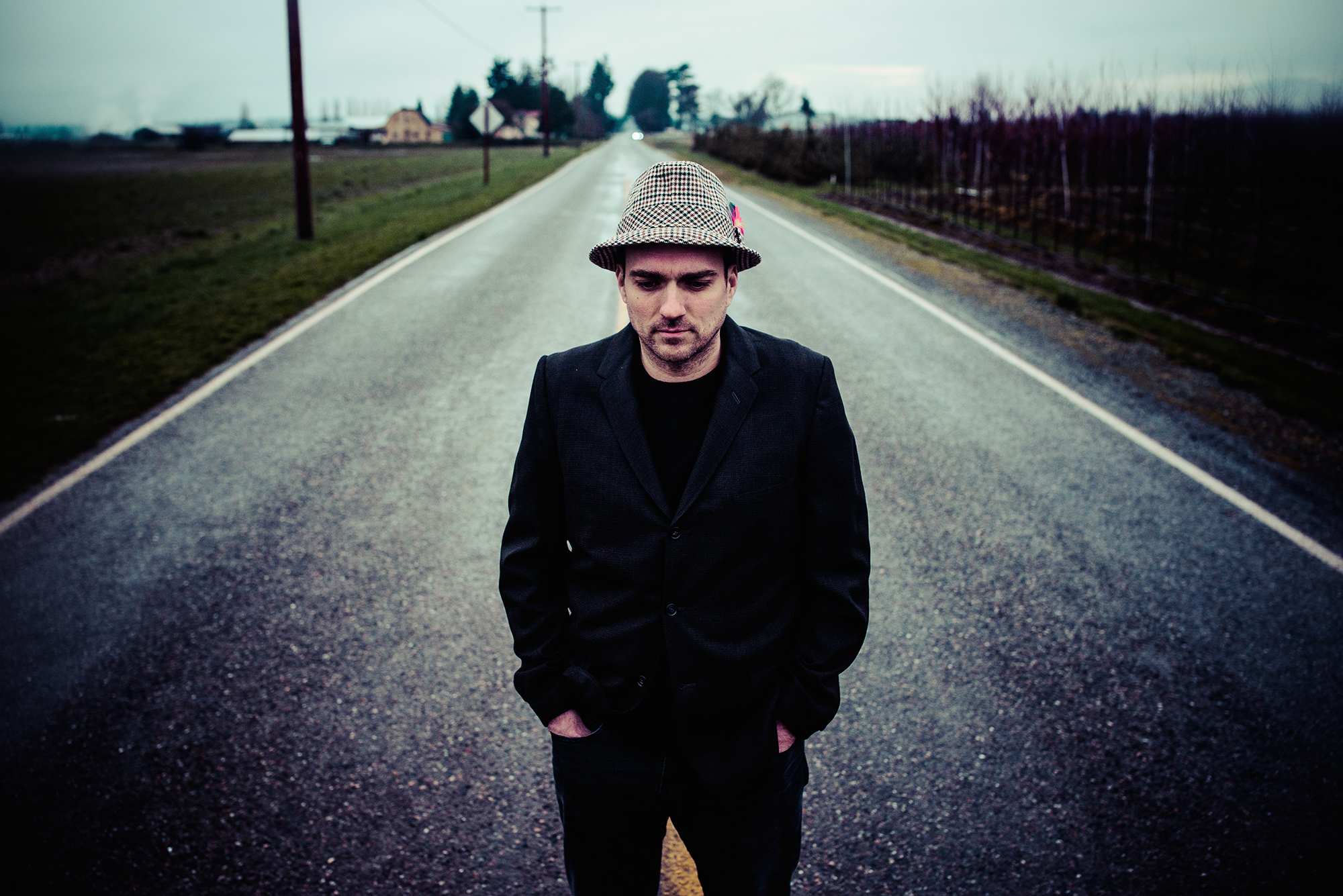 What prompted the Ghosts tour a year and a half since the record was released and how did you decide on selecting members for this run?
Everything I do is backwards. I released Ghosts in 2017, but Sub Pop wanted to reissue Return of the Frog Queen the same year. I’m so proud of Frog Queen … that I wanted to be able to have that reissue be done right, so Ghosts tour was put on hold. I felt it was an opportunity to use Sub Pop’s power to bring some attention back to what I’m doing and had to take a band out on the road to celebrate Frog Queen … because it means so much to me still.

There is a network of amazing musicians in Seattle, but Tomo Nakayama, who is opening the show, is also playing guitar in my band. I always want to work with Tomo because he’s such a gifted and amazing musician/songwriter. Nils Petersen, who played keys on the last Frog Queen … tour, did one tryout playing the bass and was on it. He introduced me to drummer Pat Schowe. We all did two weeks of straight rehearsal to get super tight. We’re doing our best to bring Ghosts to life in a live setting. The album sounds full and produced, but there’s not a lot of action. The songs are fragile and delicate but also very powerful.

What were your thoughts on Return of the Frog Queen when it was released versus how you feel now?
When the record came out, I was done with it and didn’t want to hear it because when you’re in the studio for a long time and you listen to something over and over again, you have to take a break from it. However, that record is my heart and soul. I wrote those songs at a time when my writing was at a high level and had a fresh ear. I’d love to continue celebrating it by bringing it into the theater realm somehow. Those songs are so rich with imagery. Every title of the album could essentially be a character: “Frog Queen,” “Lizard,” “Lewis Hollow,” “Shade and the Black Hat.” But the songs were about my own personal journey in life and love, relationships I was struggling with, but wanted to attach that to a royal, majestic, and fantasy-themed album.

Did you approach writing Ghosts any differently than previous records?
I peacefully reflected on my past and took a hard look at what I wanted to do in the future. I stopped and looked at the effects of my choices and where they’ve taken me, whether it was good or bad. Ghosts represents my past and the good things that I want to keep moving forward. The process is to learn from the decisions and how to make better choices.

What are some of the key things you’ve learned from your time in the studio over the years?
When I sing, I have a tendency to not like my voice. I am my own biggest critic, and it grates on me. In times of frustration, I have to trust my fans, the universe and God for giving me this voice. Sometimes it’s best to stay out of my own way. I worked with engineer and producer Santi Garcia on Ok Bear and Ghosts, who gave me positive reinforcement and encouraged me to shut my thoughts off.

At what point did you realize you wanted to be a singer?
My mom made me go to church every Sunday and singing was a big part of the experience. As I got older, my parents always supported my desire to be a musician. My dad was a musical guy and loved his record collection and would encourage singing and dancing. I loved listening to The Police’s Synchronicity and Huey Lewis’ and the News’ Sports. When I hit 13, I traded my cousin my skateboard for his acoustic guitar and became influenced by U2, R.E.M., who inspired me to want to be in a band. I grew up on MTV when they still played cool music videos.

Was it a tough transition from playing in Sunny Day Real Estate to playing solo?
I first and foremost identified as a solo artist. In the ‘90s when I left Sunny Day Real Estate, I was spiritually not ready. The band seemingly took off overnight and was a whirlwind. But I did realize after that I do miss the insane ability of those guys as musicians. We made each other rise to a higher level, which was an undeniable power. Being in a band is essentially a marriage with other people. And a marriage is a major commitment, which isn’t easy. I’m thankful for keeping my friendships with those guys.

You’ve recently performed living room shows in select cities or towns. Do you prefer these shows versus playing in clubs?
I’ve toured a lot in the last 25 years and would usually play the major markets, but in the past few years I felt it was important to play cities and locations that are more unusual that I haven’t played in a long time or ever. Originally I wanted to get out of the norm of doing strictly club tours, so I experimented with something new by doing solo living room shows. Bob and Jane from Undertow Music help set up these tours by posting on social media reaching out to their network of followers if anyone wants to host. The living room tour hosts want something special in their homes and as the artist you don’t necessarily have to sell huge number of tickets to make it successful. I usually show up in the evening and set up my gear fairly quickly, whereas with a club tour, you have to show up early and clubs have their overhead to make. I’ve done three of these living room tours and love the intimacy of being able to communicate with the audience. I’m even considering the idea of booking tours like this indefinitely where I could buy a van and live on the road.

What do you tend to do with your downtime on tour?
When I tour solo, I have more freedom to do what I choose during the day, whether it’s hanging out with friends or meeting new people. Last tour I went on some roller coasters then had a couple beers.

Are you a beer guy? Sacramento has a thriving beer scene at the moment!
Yes, it’s a bit of a weakness and guilty pleasure, because beer gives me a bit of a gut. I like Manny’s Pale Ale up in Seattle. I’m not a big IPA fan, but also love Mexican lagers like Modelo or Pacifico.

What is the best compliment you can or have received from fans?
That my music and songs provided a soundtrack to their lives and helped people get through trying times like passing of friends or family.

Let Jeremy Enigk be the soundtrack of your mid-spring evening on Tuesday May 7, when he’ll play Holy Diver (1517 21st St., Sacramento). This all-ages show costs $15 in advance, and doors will open at 7 p.m. Tomo Nakayama opens. You can purchase tickets at Holydiversac.com.