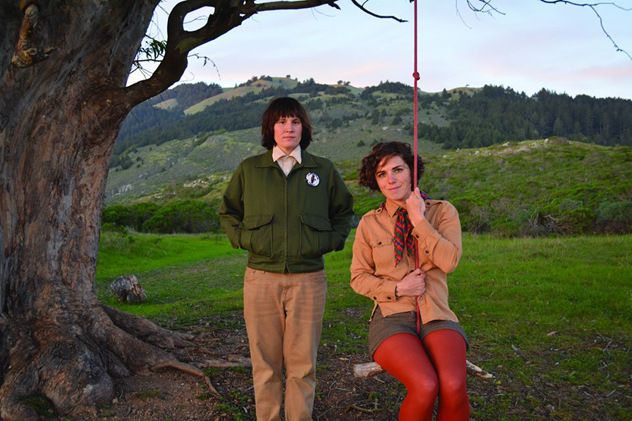 Sea of Bees is a buzz with debut album

Just as I was getting ready to ring the bell labeled “Tape Op” on the door of Sacramento recording studio The Hangar, I heard a voice down the street call my name. “Adam!” I turned, and up rode Julie Ann Bee on a well-worn brown bicycle. We exchanged salutations and made our way inside the giant warehouse studio that was once a punk venue years ago. Bee treats me like a friend she’s known for years, a facet of her personality that makes her so easy to engage. I’m really excited for our interview.

Inside the engineer room, where Bee recorded and mixed her first EP appropriately titled Bee Eee Pee, a large mixing console and strange audio concoctions surround us as we sit down to begin. She informs me of the soul this particular room has. Besides being the place where her own journey began, this space was where Terra Lopez of Sister Crayon mixed parts of their record, and the bassist for Rilo Kiley, Jonathan Wilson, recorded a few tracks here himself. Bee hums me a line from a Rilo Kiley song titled “Silver Lining.” It’s a treat, and I’m lost in her voice for a second and stumble over my words when she asks me if I’ve heard of them.

Bee is the singer/songwriter of Sea of Bees, and she is a rare talent. Like a ship in a bottle, she has slowly built herself up inside with love and passion for everyone to see and hear. To watch her sing is almost as enjoyable as hearing her, as the harrowing words flutter from her tiny mouth and her hands strike the strings of her acoustic guitar, brown hair falling over her face. YouTube videos show Bee playing songs like “Skinnybones” and “Gnomes” to rooms full of people who stare at her mesmerized as if gazing into a supernova.

It was at age 15 that she first knew that she wanted her own voice, a different voice.

At that time, Bee was in a youth group at her church where a woman she admired was singing and playing guitar. Bee was “in love” with her voice, and like all great artists have done, she emulated the voice she admired most.

“I just blended with her voice and knew how to do it, compressed it and worked on it.”

Eventually she wanted to make this voice her own, and over time she crafted it to sound the way that it does–natural. Not a word feels forced when you hear Bee sing and even when she cranes her neck and reaches for notes, they wail as if being squeezed from the depth of her very being.

It was her voice that, like a siren’s song, lured in the man who would help guide Bee along her blossoming career.

John Baccigaluppi, publisher of Tape Op magazine and owner of The Hangar, was walking down the hallway of his studio one day when he heard Bee’s voice for the first time. Bee was passing the time in one of the rooms while her current band at the time, Find Me Fighting Them, was recording in the studio. She grabbed a guitar and was recording some demos on Garage Band. Baccigaluppi popped his head in after thinking to himself, “whoever is singing has a nice voice.” He gave her his card and when they talked later, it became clear pretty quickly that Bee needed to come into the studio. She had no real demo and Baccigaluppi wanted to help.

“I said come over and we put her in this room and I kind of showed her how to work ProTools and then left for the day,” recalls Baccigaluppi.

Bee, brand new to ProTools and left to her own devices in the studio control room, went to work. At the end of the day, she had a nearly complete five-song EP that would become Bee Eee Pee.

“I was under the impression that she would come in here and just bang out something,” says Baccigaluppi. “But I would come back and there would be all these overdubs. I was like, ‘Well I guess you figured out how to do that!’”

Having never really recorded a record herself, Bee took full advantage of the opportunity she was granted.

“I didn’t know how many days people spent on recordings. I was just like, ‘Gotta get it done,’” she says.

Maybe it was that exact attitude, that excitement to record, that kept Bee and Baccigaluppi working together. When Bee’s EP was complete, they decided to continue recording, tackling two songs in full production together (“Gnomes” and “Willis”) to see if they “got along together and wanted to go further.”

“We decided to do a whole record,” remembers Baccigaluppi.

With Songs for the Ravens, Bee and Baccigaluppi worked at a slower pace, only doing a few tracks at a time. The recording experience was centered on having fun making a record and exploring any ideas that came into the picture along the way. Bee would record an idea on Garage Band and show it to Baccigaluppi so he could get an idea. From there, they slowly pieced together the songs one track at a time, adding bass here or drums there. Bee herself played 80 percent of the instruments on the album, some of which she had never played before.

“She’s super intuitive as a musician. There’s a lot of stuff on this record with instruments that she played in one or two takes that she’d never seen prior to that,” says Baccigaluppi.

Very limited editing was required for the record, too, and a lot of what you hear on Songs for the Ravens are raw, uncut tracks. Half the tracks on the record, including “Blind,” the masterfully crafted outro song, were live takes, recorded with the other musicians. That says a lot about this record and the musicianship that was involved. Standout players include the tasteful drum set playing of James Neil, who, at times, nailed tracks immediately with very little time to record or to rehearse. It seems as though everybody involved in the creation of this record connected seamlessly with Bee and was able to interpret her ideas perfectly.

“The songs that were in my head, I had a vision of what I wanted them to be. They somehow came out exactly how I wanted,” says Bee with gratitude in her voice.

Another interesting note is the appearance of Wes Steed of Hearts and Horses, who offered his meticulously placed drum programming on songs like “Won’t Be Long” and my personal favorite, “Willis.” Steed was given very rough mixes of the songs to allot as much room as possible for him to navigate the drum tracks. Steed’s tracks were imported toward the end of finalizing the songs, and they would, without fail, fit perfectly into the mix.

The business side of putting out the record was always tucked in the back of both Bee and Baccigaluppi’s minds, but it didn’t need to be dealt with until it was finished. With that moment now upon them, the first thing they did was send it out to a few people that were close in both of their circles. Michael Leahy, who runs Crossbill Records in Davis, was one of the first to respond to Songs for the Ravens. Baccigaluppi sent him a copy immediately after mastering and he replied quickly, saying that what they had created was pretty awesome and to shop it around to lots of different labels. So they did, but to no avail.

“We spent a fair amount of time looking for labels and had some interest from some larger labels, and in the end no one was willing to move fast enough,” explains Baccigaluppi.

In the end, they went where open arms would receive them and inevitably ended up going with Crossbill. This turned out to be a great decision for Bee and was mutually beneficial, as Leahy scored a distribution deal through Burnside Distribution in Portland, Ore., with help from the strength of Songs for the Ravens.

On top of Leahy standing behind the record and pushing it aggressively, he had a couple more friends up in Oregon that he wanted to introduce Bee to. Riot Act Media, a boutique publicity firm in Portland, picked up on Songs for the Ravens and offered their support for Bee.

The pace of Bee’s success is steadily picking up with the anticipated release of Songs for the Ravens. And although she’s no stranger to performing, she’s just now starting to warm up to her audience–just in time for a 12-date tour that will land her in San Francisco, Los Angeles and New York, to name a few.

“I’m learning to open my eyes and see [the audience]. I’m starting to understand that it’s not just about me and my music, it’s about them,” says Bee. “I want to bring more to the table.”

When I asked Bee if she had measured out any sort of success for herself, she brought up musician friends that she and Baccigaluppi have who are able to “pay their rent and buy a car” by playing music. Modest goals for someone so talented. 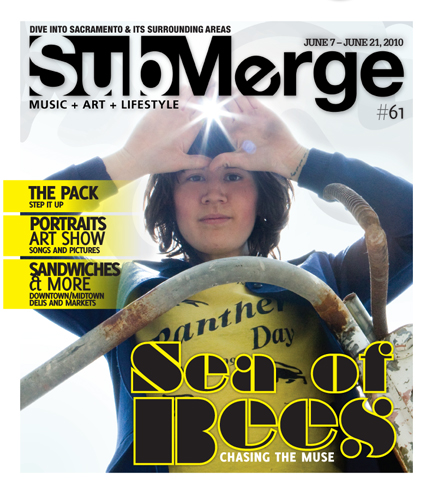