Once More Around the Sun: Life in 24 Frames Signs to Label, New Concept Album CTRL-Z Explores the 12-month Cycle 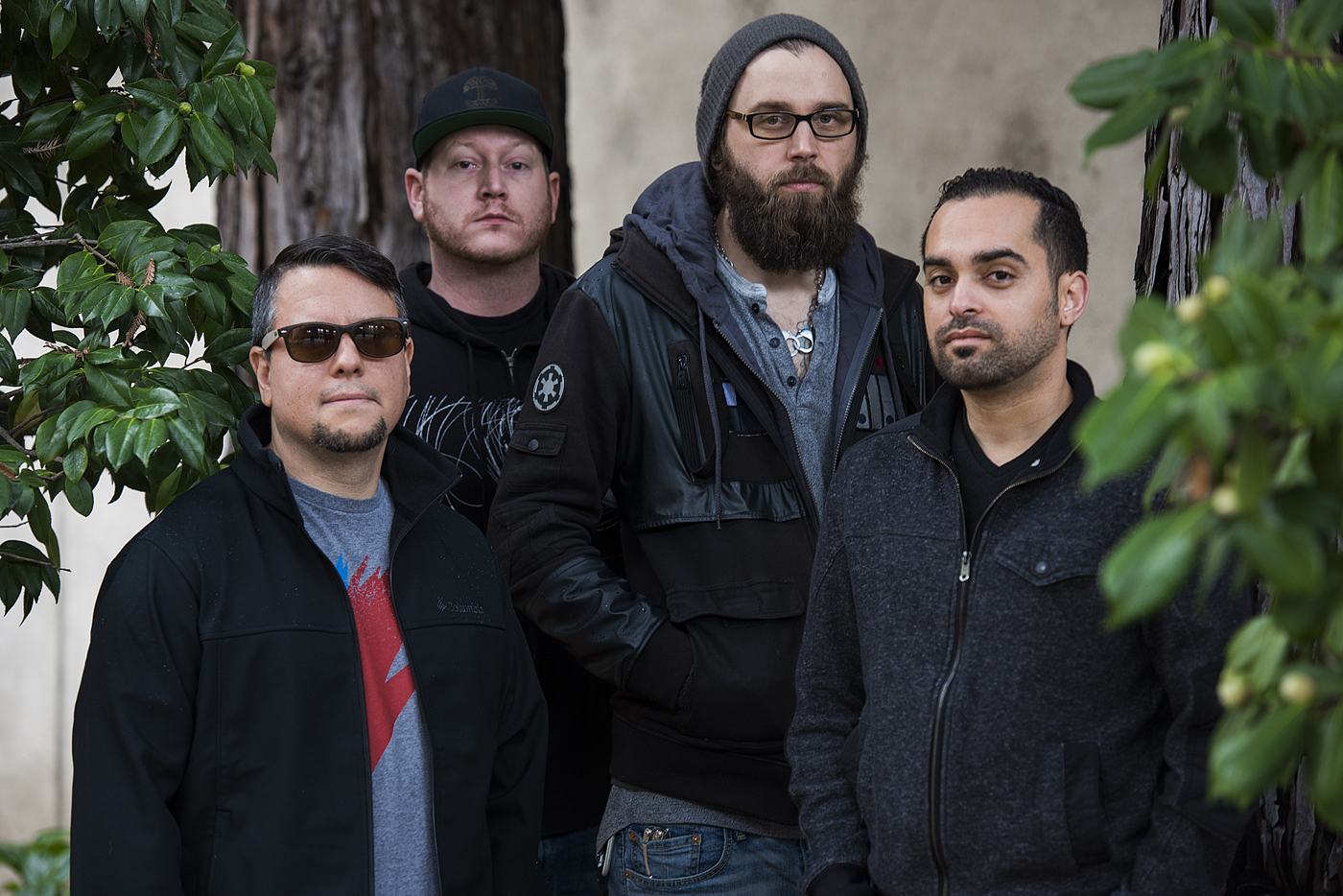 There’s a heady dose of sci-fi in the visual material for CTRL-Z, the latest record by Sacramento’s own Life in 24 Frames. Departures on massive interstellar vessels, arrivals on lonely, deserted planets and the calculations of hooded, monastic figures at the controls of complicated machinery. The ultimate aim of these figures is as cloaked as they are. Perhaps they’re only searching for new worlds or new life—perhaps they mean to create them.

It’s a fitting change in imagery for the band, who has always experimented with space and atmospherics in their work, albeit in a more earthbound, pastoral mode. When we last encountered them two years back, they had just released Bitter End, a record filled with warm sounds—layered vocal harmonies, acoustic guitar and a horn section. It evoked a journey on a wooded, sylvan path with many detours and changes in companions along the way. At this time, the band and their sound were in flux, a rotating cast of characters with a burgeoning assemblage of styles and instrumentation. Since then, two of their members (Richie Smith and Lindsey Pavao) have gone on to form the dream pop duo Trophii, and Life in 24 Frames has been minimized to a core group of Kris Adams, Jason Brown, Joe Strouth and Tony Caldron, with featured recording guitarist De’von Blue.

Consequently, CTRL-Z takes a much different path, directly out into the cosmos, rising and falling in speed but always confined to the tracks of time, which here take us through deeply personal reflections of one very tumultuous year on Earth. From the reverberating build of “January (My Condition)” to the otherworldly, plaintive chorus of “June (Halfway to One)” and the soaring harmonics of “September (Months Like These),” we catch glimpses, but never the full story, of heartbreaking moments, reconciliation, the birth of a child and the promise of new beginnings.

The band’s newly energized focus on sonic space (partly in order to maximize the sound of the remaining members) is perfect for highlighting the interior world of the mind and heart, the way time plays with perception, the way that stimuli in daily life can make the heart race and bring it to a standstill in the space of a few weeks. Within the new record’s spacey packaging, the musical contents are pressed to blood-red vinyl, an apt choice for the emotionally charged work inside.

There is far less tumult outside of the album, as the band members themselves move optimistically into a new era after coming off a year of successful recording. 2017 will begin with L24F signed to a new label, Gold Standard Records, alongside Doombird, with possible touring to follow.

We met with the laid-back Kris Adams and Jason Brown to hear more about the good news, and the story of how CTRL-Z came to be. 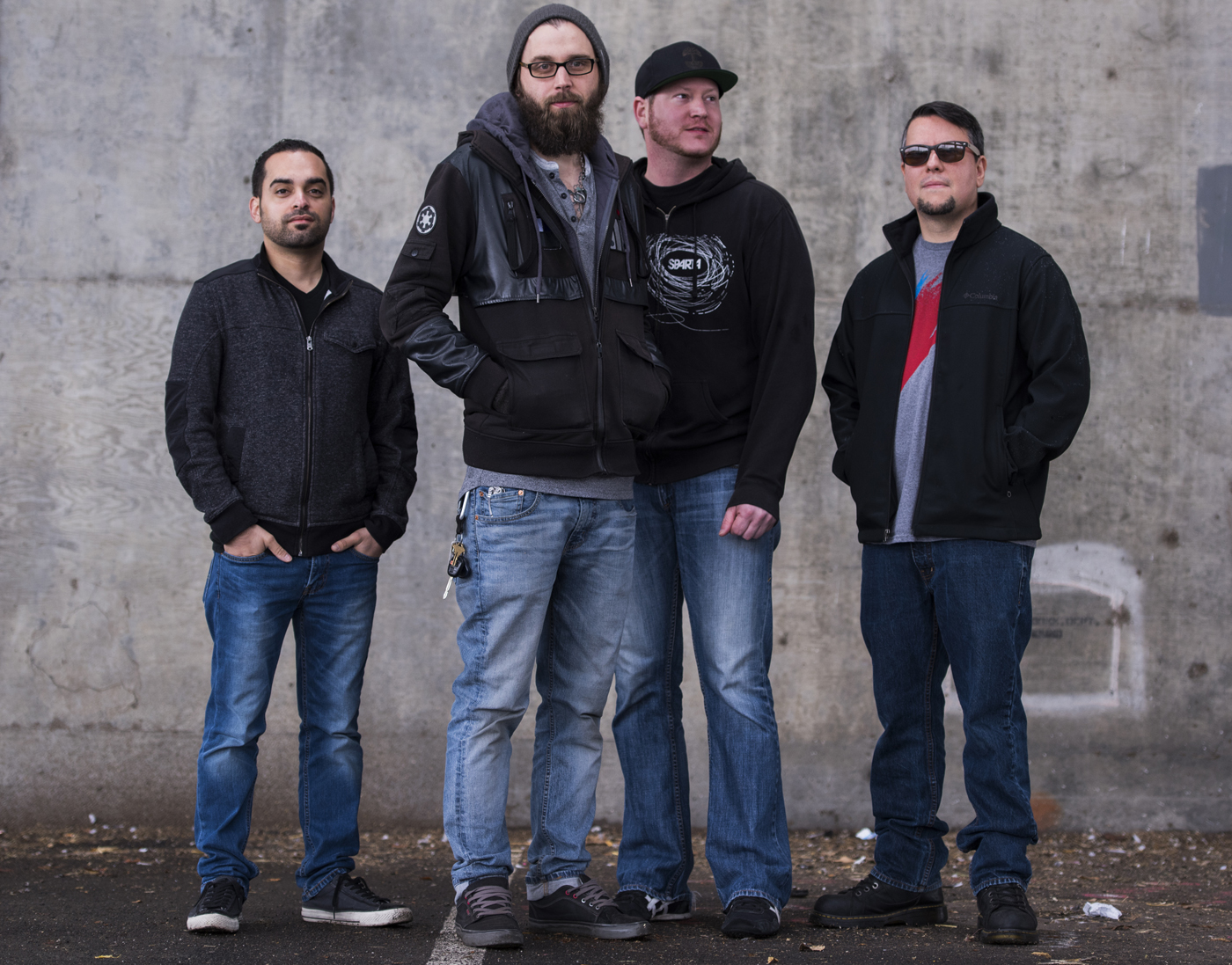 Would you say that this album is a more definitive statement from a more definitive version of the band?
Jason Brown: The sound of the band now is probably closer to what was originally envisioned, for the most part. Bitter End was kind of a stylistic departure for the band. I think we’ve finally solidified the members of the band, I think that’s helped quite a bit with the dynamic.
Kris Adams: I think this album really represents all of our influences and all of what we’re into combined. Like he said, Bitter End was a great album, but it’s also part of this alternate Life in 24 Frames timeline, with a lot of other people’s involvement in the band. This is us coming back to, like, if we would have made a second record that was an evolution of Time Trails [2011], then CTRL-Z is an evolution of that. It’s the perfect mesh of our performing styles.

Was the concept of having the songs named after each month of the year always part of this project?
KA: It was always something that I thought about in the back of my mind. I didn’t know how this would take shape, because it was a very personal thing for me, and so I wasn’t sure if these guys were going to be cool with such personal and intimate thematic material. I didn’t know if some of these songs would ever come to light, or if they would become part of an acoustic side project or something.

When I first pitched to Joe the idea of months, I was afraid that it might be lame, but his first instinct was, “We should plan this out thematically so each of the songs have a particular feel.” He was the one who talked to me about the record by Thrice—Alchemy Index—as a good example of thematic grouping. It’s a collection of four EPs that deals with the four elements: fire, water, wind, earth.

You’ve alluded that these songs refer to the events of a particular year, 2013. What was significant about this year in your life?
KA: 2013 was the year that my son was born. I think becoming a parent changes anyone as a person. That was more or less what I wanted to capture on the record, this transformational period. For some people it happens at 18, for some people it doesn’t happen until they are 45. But everybody goes through that period in their life, where things dramatically change, and the way you were living is no longer sustainable to the way you have to live, whether it be having a child or having a death in the family. It’s more about overcoming adversity.

What does the title CTRL-Z mean for you?
KA: Anyone who’s tech-savvy gets it. It’s the UNDO key on a computer—it’s like a geek apology. It’s just saying sorry, even though you shouldn’t necessarily be apologizing for the things you’re sorry about. There are things that I think everyone does in their life that they end up feeling guilty for, but they know on a certain level they shouldn’t feel guilty about it. If you’ve listened lyrically to the songs, I think it’s pretty black and white what that is.

Has being narrowed down personnel-wise made it harder to re-create your studio sound live?
KA: Shrinking the band down to a four-piece, after having played as five, six and even seven-piece over the last four years. I think we’re sonically bigger than we were before to be honest with you. We became gearheads over the course of this record, so my pedal board grew from a vocal processing pedal, an overdrive and a delay to a massive setup. I don’t know how many pedals I’ve got—12?
JB: That’s something we really experimented with on this album was not so much instrumentation, but sonics—ambience, sound effects, that sort of thing and that’s something we hadn’t really explored a lot as a band, so this album it reflects that experimentation into this sonic coloring, and it’s pretty apparent on the album. But as far as reproducing it live goes, I think this is the easiest album to do live, because the instrumentation has been pulled back to the four of us. With all that extra stuff gone, I think there’s a lot more room for us to fill in the void. I think this album pushed all of us a little bit outside of our comfort zones.

How do you feel about signing to a label for the first time? Excitement? Trepidation?
KA: This isn’t our first time talking with a label or being offered a potential deal, but with this one, it was a no-brainer, almost. It was very low-risk for us, it was perfect—for me it’s nothing but excitement.
JB: I’m excited. I mean, with anything in life there’s a little trepidation, but considering what we discussed today, I think it’s going to be a perfect fit for them and us.
KA: I’m really looking forward to it, and I can happily say that we’ll be labelmates with Doombird. Robert Cheek, who produced this record and has produced all of our records has also recorded their new record. We’ve intermingled with each other—some of their members have played on the last couple of records, and we recorded at the same studio. It just felt right. I think we’ll be the third band signed to this label, it’s quite new. I couldn’t be happier for it to be with Doombird. Hopefully that means some shows with the two of us coming in the next year.

Do you think the meaning of the concept album has changed in our current times?
KA: I think sitting in that room with the label and talking about plans to move forward, the climate of music and live music today, and people’s tastes and methods of listening, it’s very important to think about. People don’t listen to music the way that I listen to music. I’m kind of an outlier in the fact that I still listen to albums, and I don’t necessarily mean albums as in vinyl, I mean the act of listening to a band’s album completely. I never feel like just listening to a particular song. That meeting was a wake up call to realize that most people aren’t listening to music like that anymore. It’s good to realize that once in a while because I’m in my own bubble, you know? I don’t tend to get out a ton. I don’t see a lot of live shows, I have two kids. I’m not exposed to culture.

If this is a concept record, then we’ve created a piece of music that is meant to be listened to front to back, for 40, 45 minutes. The songs all meld into each other—some of them don’t even have audio gaps. It’s just this continuous, Pink Floydian thing. We’ve had double duty to make sure the album is also listenable when broken down into separate songs, because this is how some people are going to consume the music. If you take just the song “November,” for instance, you can listen to it and still really enjoy it without feeling that you’re missing anything. It’s really hard trying to maintain continuity with all these songs but still make them able to stand on their own. It was a very tough thing to balance. We approached it like Pet Sounds, where you have these anchor tracks spread throughout the album that can be pulled out and listened to as singles, but if you lock all of those back into their appropriate places, there are little things between each of them that make them one whole experience. It’s like a modular album.

In anticipation of the release of CTRL-Z, you can catch Life in 24 Frames with Epsilona and Skylis live on Nov. 26, 2016 at Goldfield Trading Post (1630 J St., Sacramento). Advance tickets for this all-ages show are $10. What a great way to unwind after what is sure to be a vexing Thanksgiving dinner! For more info, go to Goldfieldtradingpost.com. Keep an eye out for the release date of CTRL-Z by following the band at Facebook.com/lifein24frames. Stream their song “November” below.