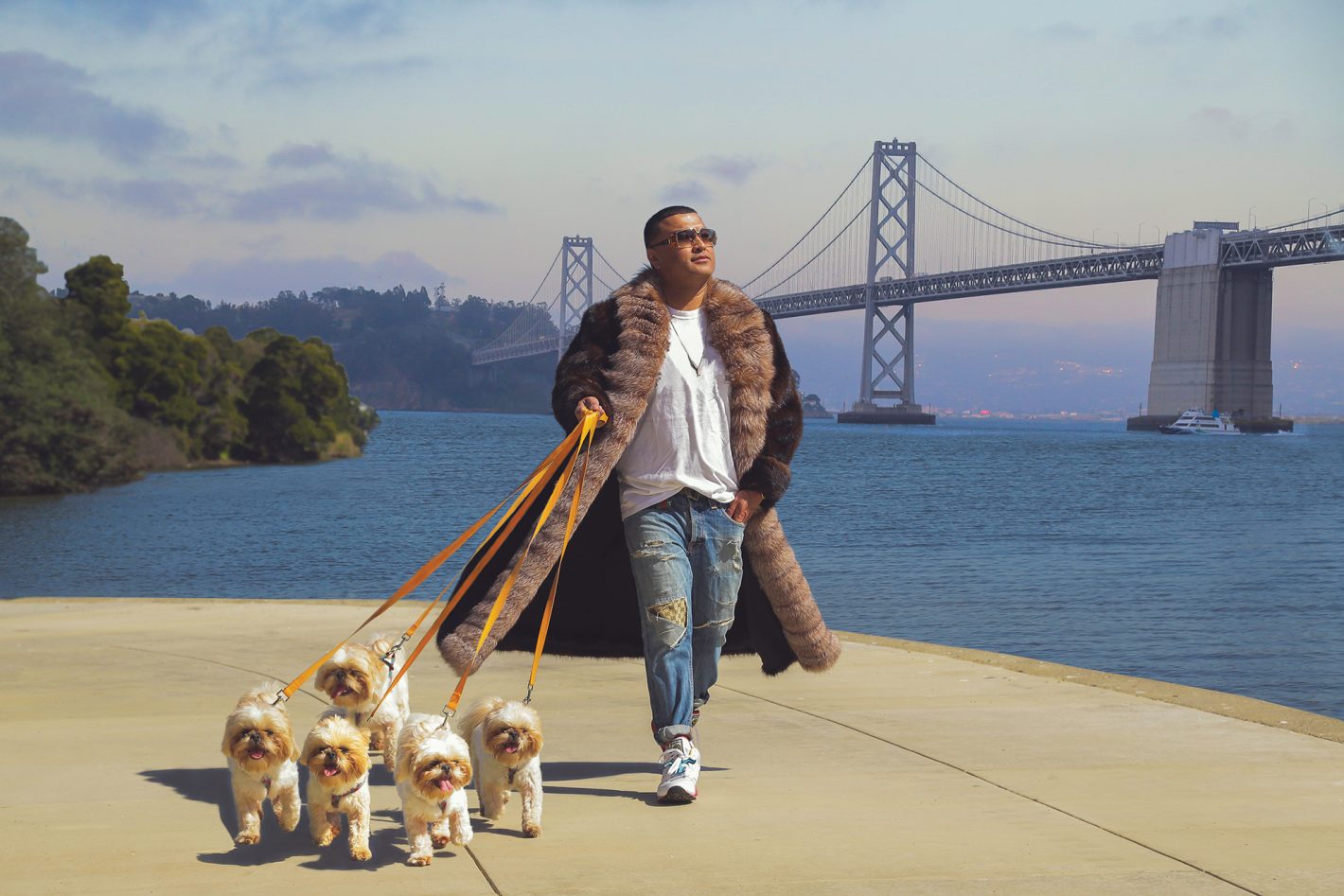 Hip-hop is a world art form in 2019. It’s on virtually every continent, spit in hundreds of languages. There are government-sanctioned hip-hop boy bands in China. They suck, but that’s not the point.

In the early ‘90s when self-made independent rapper, bandleader, producer and comedian Lyrics Born first started out, hip-hop was threading its way into mainstream culture, but he was the lone Asian-American MC in the Bay Area crucible, and in the scene at large. LB (for short, aka Tsutomu Shimura) was scarfing up vinyl recordings of ska, funk, dancehall, motown, bebop and the like in the archives at UC Davis as a college student. It was the golden era of the mix tape, the house party and the DJ, the moment when consumer recording technology liberated music from the stranglehold of the studio.

Lyrics Born’s journey is especially significant to working or “blue collar artists,” as he refers to his tribe.

“All I knew was, I wanted to make an album,” says Shimura, who just put out his 11th album. “If someone told me I had to hike Everest naked and summersault down the back, I would’ve done it.”

From the get go, LB’s sound was unlike anything in hip-hop at the time; It had the butt-smacking bounce of a slowly dribbled ball on the basketball court, the greasy hooks and shouts of P-funk, but with Shimura’s deep, sonorous voice jangling all over the damn place like a big, thick, gold chain.

Lyrics Born, unlike some MCs at the time, could actually carry a tune, often adding way more melodic color and gravelly inflection to his verses, not just his hooks. A great example of this perpetual singsong-y flow is his classic “I Changed My Mind” from his 2005 release Same !@#$ Different Day, with 15 of his juiciest tracks featuring seminal artists like KRS-ONE, Dan the Automator and Morcheeba.

It’s kind of baffling to think about it now, but despite his obvious talent, record labels ignored him while fellow artists like DJ Shadow and Blackalicious got signed. At the time, it sucked, but this turned out to be to his benefit as he continued to knock out hits and pack venues. He was his own boss, something he constantly references in his lyrics. Creating unencumbered enabled him to work with with creatives outside of any one scene, too. For example, in 2008, he forged an unlikely partnership with Epitaph Records, founded by Brett Gurewitz, guitarist for punk rock legends Bad Religion.

At a certain point, LB reached the upper limits of programming.

“I sort of hit a wall with sampling,” he says, describing his shift from DJ to live band. “Each song had literally hundreds of samples layered in to mimic the richness of live musicians,” and eventually, he had to go to the source. “One time, I saw Shabba Ranks with his full band and thought, ‘If he can do that, so can I.’”

LB’s whole presentation started to morph, and while he remains faithful to the importance of the DJ, working with a live band was the next gold ring. His sound only got bolder, with gleaming horn section parts and gritty guitars. These days, his live performances feature anywhere from five to 15 musicians.

While he’s a one man pimped-out carnival on stage with the bombastic showmanship of an old-school hip-hop MC, off stage LB talks in surprisingly humble tones about his career. He’s a serious philosopher on subjects like social justice, art versus commerce and spirituality. Redefining success in these terms has enabled him to sustain his hip-hop career for the last 25 years.

He talked with Submerge at length about the need for a strong support system as an aspiring artist, how connecting to other now-established artists as they were developing was critical for him.

LB’s most recent release, Quite a Life, 2018, covers an impossible amount of ground. “Can’t Lose My Joy” is a wrenching retelling of his wife, Joyo Velarde’s bout with cancer, with master vocalist Aloe Blacc howling the chorus.

He re-writes James Brown’s outdated-but-haunting “It’s a Man’s Man’s Man’s World,” really flexing his own vocal might and joined by Velarde, a brassy and prolific artist in her own right. In a startling feminist concession, LB bellows, “I think it’s time we turned the page/It’s time we let the ladies take the reins.” 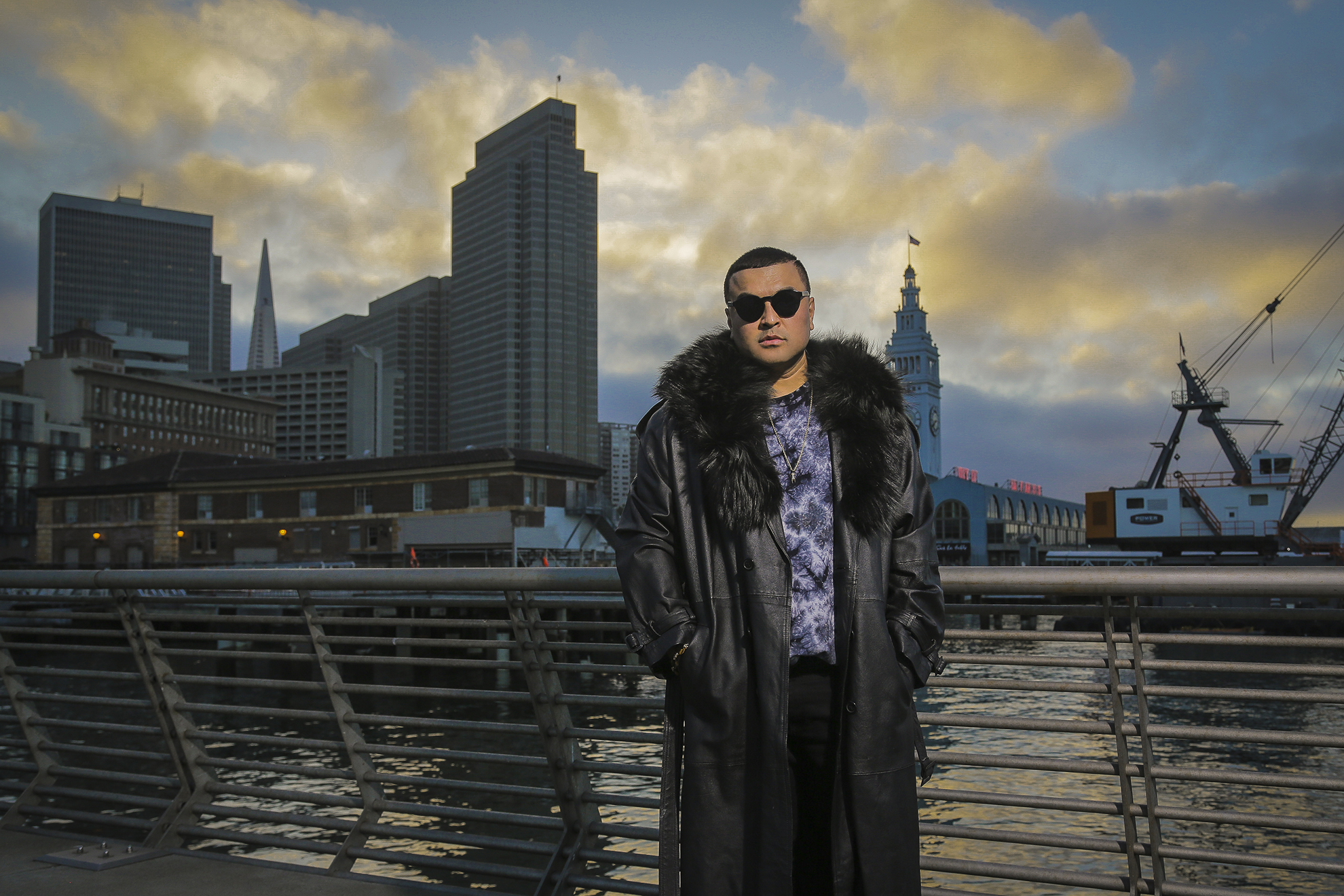 When asked about this line, LB replies, “It’s just true. As I get older, I’ve always been in this interesting position being Asian-American. Especially in show business. I know what that feels like to be excluded. When I see these deficits, how few women are on the board or occupying a seat at the table, I can’t help but think if that ecosystem were to be disrupted, we could become so much more healthy and prosperous.”

Even with some of the edgier subject matter, LB is relentlessly positive.

“I’m like anybody else, I have my dark moments,” he admits. “It’s easy to do that. In a lot of our culture and pop culture in particular, negativity sells and controversy sells. So I try to be spiritually grounded. Spend a lot of time focusing on gratitude.

“I succeed more than I fail—redirect toward the great things in my life. I have a lot of faith in outcomes. It’s taken a long time to figure out where my strengths and weaknesses are.”

Driven by the philosophy that a rising tide lifts all boats, the man keeps up a breakneck pace, producing other artists as well as his own work, performing and even venturing into comedy. This June, he’ll be releasing another album with DJ Cutso and appearing in Always Be My Maybe, a Netflix comedy out May 31 with Ali Wong and Randall Park.

He was surprised by how much overlap there is in the mechanics of comedy compared with music. All the preparation, memorization, timing and responsiveness required of music gave him an edge when it came to comedy. The bucket list of people he wants to work with is too long to list here, but some fascinating names were: The Black Keys, Gary Clark Jr., Alabama Shakes, The Roots, Seth Rogen and David Alan Grier.

After the show at Holy Diver took the roof off a few months back, he’s thrilled to bring the whole 15-piece live setup to the free concert in the park series on May 31.

“It’s an important resource for cities to have these free concerts and expose everyone to local culture,” he says. “This is something I’ve wanted to do for a long time. So I’m really honored to be there.”

Catch legendary hip-hop icon Lyrics Born Friday, May 31 at the Concerts in the Park. Opening will be Cities You Wish You Were From, Analog Us and DJ Elements. Music runs from 5–9 p.m. at Cesar Chavez Plaza (Ninth and J streets). Free and all ages! For more information on Lyrics Born, visit Lyricsborn.com.