Go Ahead and Skip This Story | Misplaced Commas, Children Without Buttholes … This is Mangchi 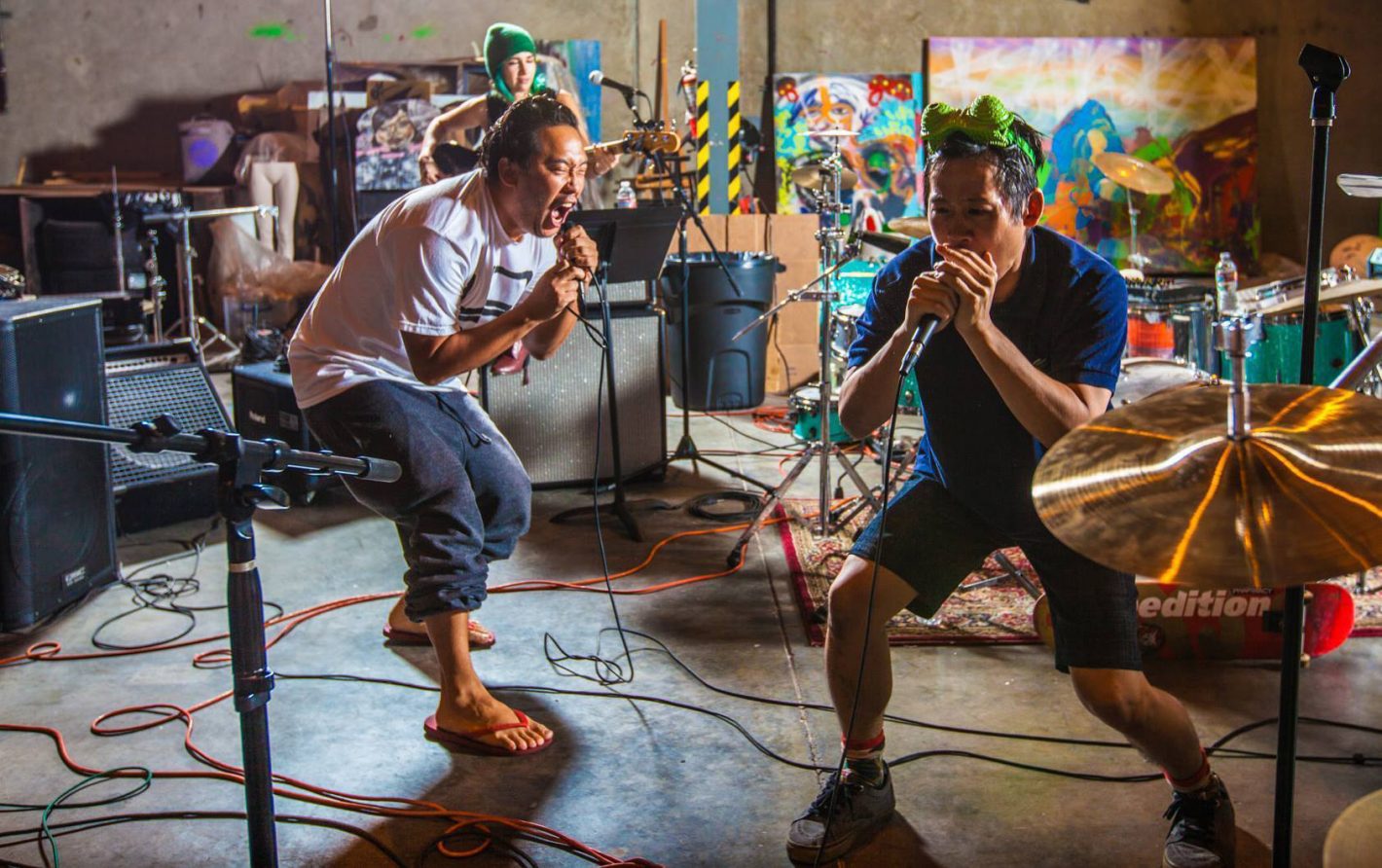 To be perfectly honest, I don’t know anything about David Choe. I tried to read one of his press releases and it didn’t make any sense. It begins as follows:

“‘A fart from a child born without a butthole’ , is what MANGCHI sounds like said 1 of the 2 people who were let into a room to hear this new sound.”

That shitty comma floating between “butthole” and “is” will haunt me for the rest of my life. Reading the Mangchi press release is like trying to read a book of riddles while you’re blackout drunk. It’s just not worth it. After an hour of searching the internet, I realized he’s a visual artist, and all his art looks like if your friend who’s always on acid found out he could draw and so he started painting pictures of hot chicks with colorful shit coming out of their faces. And then I listened to a Joe Rogan podcast where Choe was a guest and I found out two things:

The first is that he’s insanely rich from his art. Wealthy people love to buy art from edgy street artists. When Choe sells paintings, he gambles his money away and uses it on prostitutes and he’s basically a filthy degenerate. Much respek for that.

The second thing I learned was that Choe got into some hot water when he claimed (on his podcast DVDASA) to have raped a masseuse. It’s a long, pretty disgusting story, but when the claim started to catch up to him (i.e., when people began calling him a rapist), Choe chalked his admission up to a big misunderstanding. What he was doing was “storytelling,” he said. After all, he’s an artist.

I don’t know what’s worse, lying about raping someone or his band Mangchi. Mangchi, is Korean for “hammer.” In “Use a Mangchi Anthem,” the entirety of the video consists of people getting their faces bashed in by hammers. The music pretty much sucks. No, it doesn’t suck, but it sounds like The Beastie Boys. I mean, Money Mark, who is known for collaborating with The Beastie Boys, is in the group, so I guess that’s why, but isn’t one Beastie Boys enough? I tried to listen to a song from the album Nega Mola, but it was so fucking boring that I pushed pause and checked to see if there were any new videos on YouPorn. Then I made cup of tea. Then I graded some papers for work. Then I tried to watch some live footage of Mangchi, and it was actually OK. I listened to a song called “Gook Boy” about Asian stereotypes over a mellow hip-hop track that reminded me of the ‘90s.

Anyway, the band isn’t all that bad, and, in fact, they put on a pretty fun live show. Lots of jumping around, switching instruments, a bit of nudity, etc. However, I’m still bummed on their press release. Even though Choe gave the shittiest interview ever (even shittier than Talib Kweli, who was offended by every single question I asked), I decided to rewrite their press release free of charge. You’re welcome.

PRESS RELEASE
Hi, we are Mangchi, which probably means “dumb, rich assholes” in Korean, but we don’t know because we’re too stupid to understand Korean. We make music by banging on things and yelling into microphones. Sometimes we rap. Other times we play a form of punk rock. If you like The Beastie Boys, then you will hate us, mostly because we aren’t The Beastie Boys. We try to say things that are considered edgy, but fall short because it’s 2016 and nothing is edgy anymore. The only edgy thing left to do is to kill ourselves.

So, anyway, this is our interview that David Choe toiled over for weeks, and much like his music, it sucks. 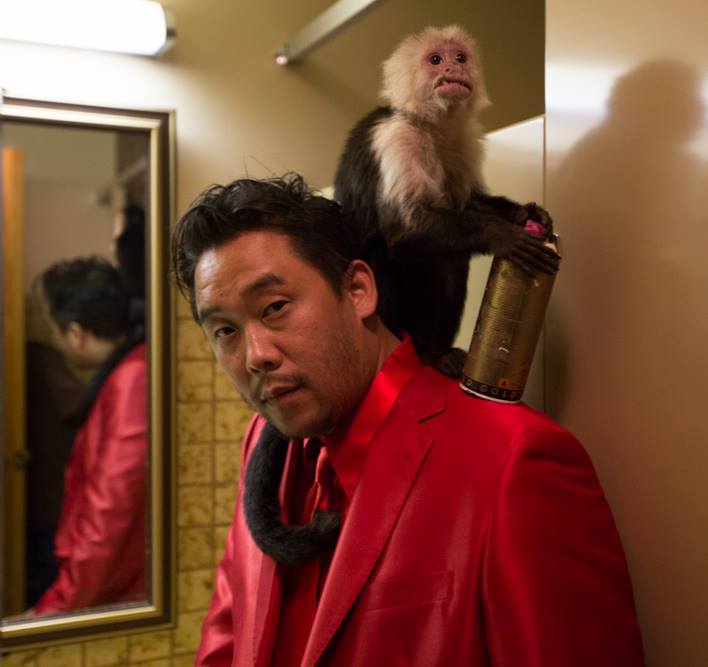 Can you tell me about why low culture is important?
No.

You do work in almost every aspect of the arts. Is diversity of work a conscious effort?
방귀

Or are you just doing all the shit you’re into because it’s fun?
방귀

Or do you just have a short attention span?
내 방귀를 먹고 싶어?

Would you encourage young people to become artists?
No.

Do you think being a crazy person is a requirement for good art?
No.

What is the best part about chaos?
That it can also be spelled “kaos.”

Should we teach chaos in schools?
Yes.

Self-doubt is a big thing with artists. How does one get over that?
No.

Do you ever get over that?
No.

Do you ever doubt your work?
No.

I have a student named Troy who is a huge fan of yours. He’s a young Asian stud who might be able to benefit from some of your Choe swag. Any advice for young Troy?
Kill yourself.

How do you describe your band?
DMX and Kim Deal become the lead singer of Korn.

What is the weirdest/most interesting thing you have ever done doing a live show?
Fuck my mom.

You have a song about letting your new step-dad fuck your mother. What are you trying to convey in your music?
Fuck my mom.

Um … yeah, so Mangchi will play Starlite Lounge in Sacramento on Oct. 30. And it’s sure to be … well, it’s sure to be something. If you’re the curious type, head on down to check it out, because, hey, why not? Tickets are $8 in advance (available at Atlanteancollective.queueapp.com), $10 at the door. This is a 21-and-over show, and probably for good reason.