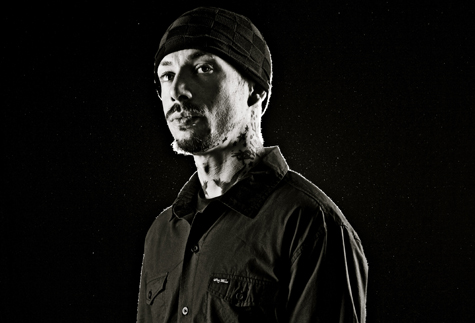 Indie MC Eligh battles back from the depths of addiction

If you hadn’t heard from Eligh in a while, it’s because he was on the verge of death. Dramatic? Yeah, but it’s true. Eligh was unwittingly killing himself.

By the time he reached his early 20s, Eligh (born Eli Nachowitz) was already a world-renowned MC, rocking shows across the globe. But he slowly began to slip into the shadows of his crew, the Living Legends, the group of likeminded artists that he eventually came to know as family. At shows, he slurred his words and wouldn’t make eye contact with the crowd. As his crewmembers, such as Grouch and Luckyiam, began to experience a certain Zen derived from independent hip-hop success, Eligh took to wandering the streets of Los Angeles in search of booze, weed, pills and, eventually, heroin.

Eligh, once a fiend for the hip-hop life and culture, deteriorated into a straight-up junkie, set to end his existence like Alice in Chains’ Layne Staley–talented, sick, destitute and alone.

But unlike many who find themselves walking the cracked path of heroin addiction, Eligh searched within himself to find a way out. He found safety in Narcotics Anonymous meetings, and with a sturdy dedication to recovery, Eligh in November released Grey Crow–his first solo album since 2003. The album, full of Eligh’s mindful production (which strays from hip-hop to new wave, ska and rock), has climbed steadily up the iTunes hip-hop charts. With his trademark rhymes (that sped-up baritone flow), a cast of Legends crewmates, plus help from other artists (K-Flay, Pigeon John, Brother Ali and Marty James), Grey Crow has become more than just an album. It’s Eligh’s welcome back, his rebirth and his awakening.

Let’s talk about your addiction to heroin. What was the extent?
I drank and smoked weed when I was a teenager, did all the hallucinogenic mushrooms, acid–all that shit. And then I started fucking with ecstasy. I think I was like 20. And then it just went downhill from there. [When I discovered] Vicodin, I found the one for me. Opiates were my downfall. I went from Vicodin to China White within a year.

What did that do to your relationships?
My family–my mom in particular–knew something was wrong. They knew I was fucked up, but they didn’t know that I moved to heroin. I didn’t tell anybody. But they could tell that something was very wrong with me. When I was going to see my mom in Arizona she would tell me I was jaundiced. My skin was yellow. I was skinny as fuck. I was dying.

My mom has serious back and neck issues, and she takes Vicodin as prescribed. She would come visit, and I would literally empty her bottle and fill it up with Excedrin and send her home.

And she caught me. She was so upset–a mixture of being worried and disbelief. That was like the last time my mom yelled at me like I was 7. And I was 23 at the time.

When you’re in your active addiction, I was thinking, “I’m not hurting anyone but me. I’m the one doing this to myself. What are you fucking worried about?”
That’s the self-centered thinking we have when we get caught up. Needless to say, when I got clean, people were just so happy and proud. Now, it’s not just a personal thing. I feel like I have more purpose than ever, especially considering the age of people listening to me. A lot of them have no idea about recovery. It’s an amazing thing.

I’ve been sober for about as long as you. But my drug was crystal.
Oh, really? So we’re on the opposite spectrum, but on the same level.

Yup, a similar, horrible, realm. I imagine you’re more creative now.
Creatively, getting clean just opened me up–took the fog away. I could really see what I was doing when I’m doing it–and doing shit when I’m high and going, “Ah, that’s tight,” and the next day when I wake up I’m like, “What the fuck was I thinking?”

But at the same time, when I listen to my old stuff, I remember exactly where I was, exactly what I felt, and it still makes sense, because it’s still me. I just had a mask over my face.

You must hold your breath a little bit when an album comes out, huh?
Oh, hell yeah. I’ve never been more anxious than this one, because this one’s very personal. It’s like that with every project. I’m standing on the tip of my toes waiting to hear what people think. But on this one it was extra. I wasn’t nervous. I was anxious. Since it was literally me and one other guy, officially, how well it does is up to everybody else. I don’t have a machine working behind me.

So what about Living Legends?
Those are all my brothers. We’ve known each other for 15 years. We lived together for a couple years, all of us, in one warehouse. Those types of experiences don’t ever go away. Everybody has grown up more. Everybody lives in different places–a few of us in Los Angeles; Grouch, in Maui; Murs, back in Arizona; Aesop, in Fresno; and Bicasso, up in the Bay.

Living Legends have always been a crew of guys who have their own personal careers and own solo endeavors. The hardest thing is getting us all together in one place to do an album. And that’s all in the back of our heads. All of us want to get together to make that happen. Is that going to happen? I don’t know. I’m going out with Grouch in December, and I’ll be doing a solo set for the first time without a hype man. It will be a whole new fear that I’ll be working through.

I was going to ask you about that.
Yeah, dude, I had planned to bring somebody with me, but Grouch said as far as room in the van, you probably shouldn’t bring anybody else. And I’m like, fuck it. I have a 30-minute set. I’m going to do this shit by myself.

You know, 10 years ago, when I was on some crazy drugs, I went to a Living Legends show, and you came off the stage and said, “What’s up,” to me. It sounds small, but when you recognized me as human–even though I didn’t feel that way–it helped me out.

Thank you, man. That’s awesome. I was probably in a fucked up state, too.

Yes, we were probably both high as shit.
Yup. 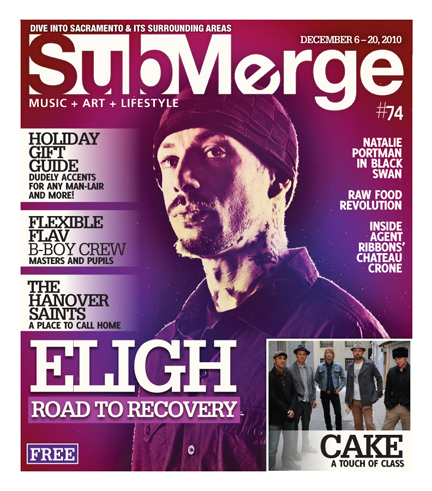