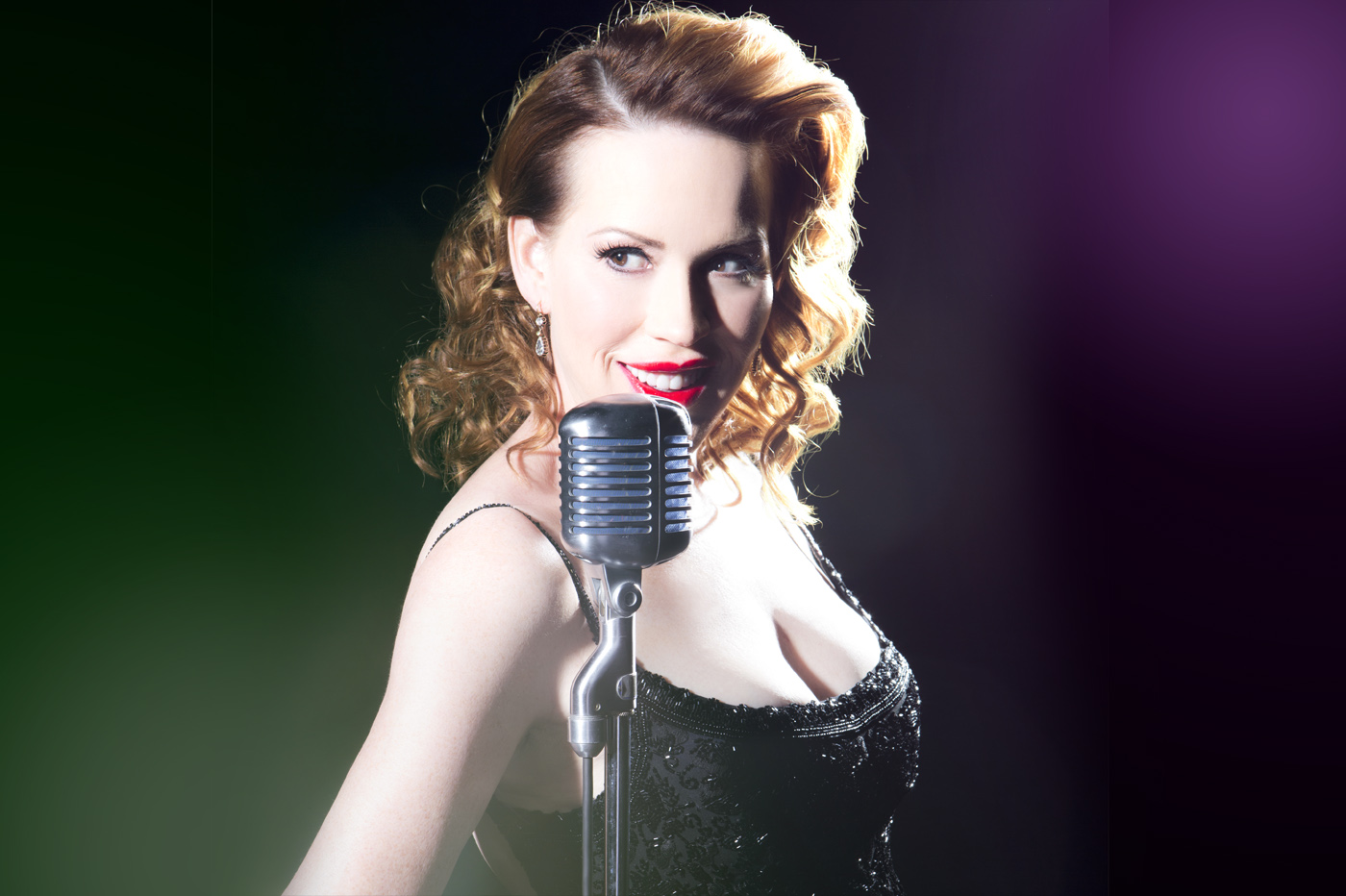 Roles in the films Pretty in Pink and The Breakfast Club pretty much granted Molly Ringwald permanent icon status. But before she became a whole generation of teen boys’ first crush, she was a singer. From right here in Sacramento, in fact.

Daughter of local musician Bob Ringwald, Molly was weaned on jazz from an early age.

“I think singing was almost pre-verbal for me,” she told Submerge in a recent interview. “Apparently … before I could even talk, my brother noticed I would make up songs and I would be singing to the animals. It was something I was always doing. When I was 3, I started to sing with my dad. My first performance in front of an audience was at the California State Fair. I still remember it. I did a lot of performing around the Sacramento area … It was something I always remembered doing and enjoyed doing.”

Though she recorded an album with her father when she was a child, Ringwald released her adult debut, Except Sometimes, a warm and romantic collection of standards for stalwart jazz label Concord Records, in 2013. She also recently finished recording a live album at New York City’s landmark club, Birdland, and has a few shows lined up for this coming September, including a homecoming of sorts at Quarry Park in Rocklin, where she will be performing with her father.

“My dad is much more traditional than I am,” Ringwald said of her and her father’s differing takes on jazz. “I like old-timey jazz. Anybody who listens to jazz or sings jazz knows it’s not contemporary pop music, but I think my sound is more hard bop and my dad is more straight-up Dixieland.”

In anticipation of her upcoming concert, Submerge spoke with Ringwald about a range of topics from growing up in the Sacramento area to passing her love of music to her own children. And she didn’t even seem to mind when this writer totally geeked out and gushed about how The Breakfast Club changed his life. I mean, it really did. Thanks, Molly. 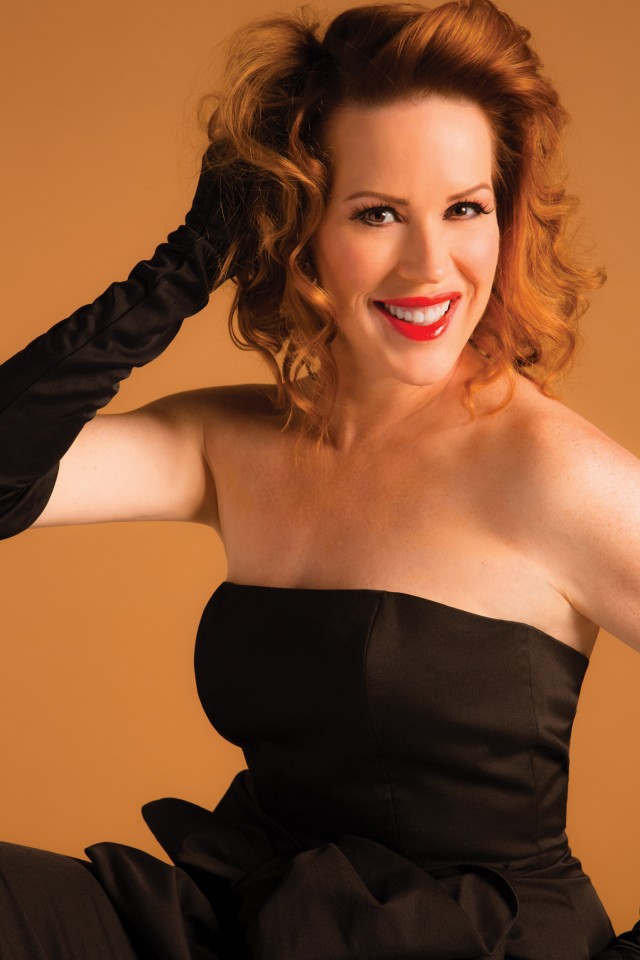 I saw that you grew up in the Roseville area. Do you get back there often?
My parents live above Sacramento in the Gold Country. I don’t get back there as often as I like, but I usually come around Thanksgiving. My kids were just there visiting their grandparents, and I have a lot of family in Sacramento.

Sacramento has really grown a lot in recent years. Have you noticed a lot of the changes over the years?
Oh yeah, definitely. When I was younger, the theater, the Music Circus, was just sort of this old tent. It wasn’t really very good. I loved going, but it’s become a real theater now. And of course the venues have grown, and there’s fashion, everything.

You usually perform songs out of the Great American Songbook, but you’ve written books in the past. Have you dabbled in your own songwriting or lyric writing before?
A little bit, but the writing that I tend to do right now, I’m still focused on fiction. I’m interested in writing music, but there are a lot of different things I do. I sing, I act, I write books and essays. There are so many things to do. There are so many things I want to do, it’s just a matter of finding the time. Also, my family just bought a house, so we’re fixing up the house and unpacking boxes. There never seems to be enough hours in the day.

I think moving must be the most stressful thing in the universe …
Yeah, that’s what everyone says. I think it’s right up there with divorce. I would say moving is much worse, though [laughs].

Yeah, I heard it was in the top three: Death, divorce and moving.
Having a teenage daughter should be up there too.

That’s probably in the top five. Your father is a well-known jazz musician, and you got into jazz through his influence, I would imagine. Have your own children shown interest in music?
They’re all very musical. My elder daughter—I had a ukulele that I’d always intended to learn and I didn’t get around to it. It was just in the closet. She found it and within two weeks she was walking around playing ukulele. She’s very musical. They all can sing really well, and they all have their particular tastes in music. They’ve listened to jazz because of me, but I think they’re all going to find their way into music, and they all have their distinct tastes.

Do you have your fingers crossed that they’ll get into jazz and sort of carry the torch?
[Laughs] Um, I really don’t care. I’ve introduced them to the music, so I think they’ll know about it. Like with me, jazz is my comfort music. Even though I listen to all kinds of music, I think that’s what jazz will be like for them—whenever they listen to it, it’ll make them think of me.

Did you ever want to pursue a different genre of music since your dad was so established as a jazz musician?
Oh yeah. During my teen years … I sang it a little bit with my dad, but I was really into more contemporary music. At that time, I never really thought that I would be performing jazz professionally at all. I think when you’re a teenager, you want to go and do your own thing, but I found my way back to it, of course. 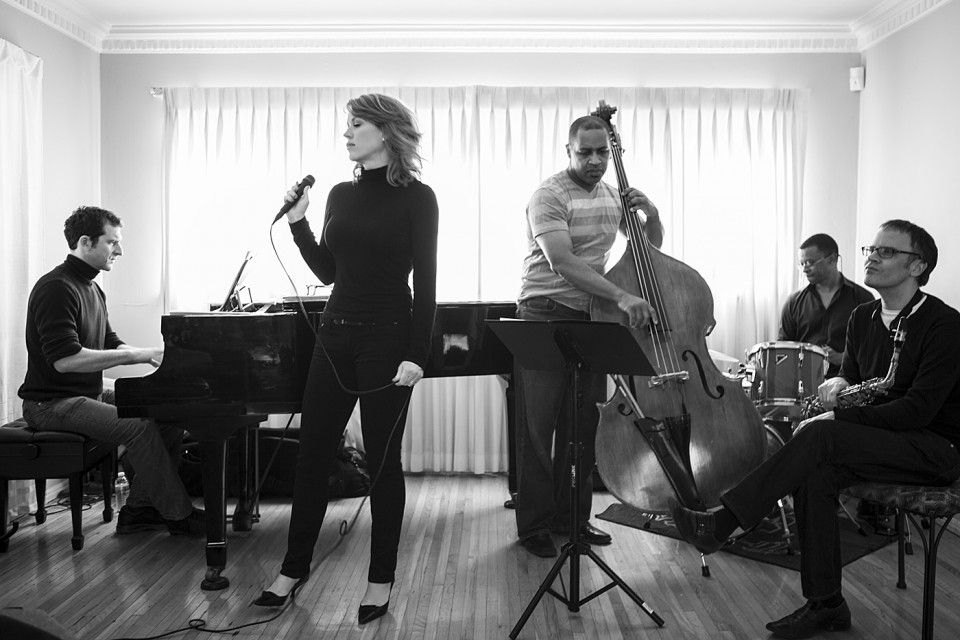 When your movie career started picking up steam in the ‘80s, there were all these big pop stars like Cyndi Lauper and Madonna. Since you had a singing background, was there any outside pressure like, you’re becoming such a popular figure in all these movies that are striking a chord with teenagers, let’s try to capitalize on that?
It was sort of a unique time. Like, in the golden age of Hollywood, people were expected to sing, dance and act and be a triple threat, and it’s really sort of come back to that now. But when I was coming up, it was not done that much. The only person I can think of who was doing that was Barbra Streisand. I really thought at the time that I couldn’t do both. I had to choose one, and I chose acting. It’s kind of silly, but that was the time. I sang with my dad’s band and I also sang with a rock band called the Ray Bops, and I would do special things like that, but I was never encouraged to record my own album as a teenager. It wasn’t the direction I was going.

I remember around that time that Eddie Murphy made an album, and there was this attitude, like, Oh, now he’s got to make an album … Like, he’s already a big movie star.
It was looked at like a vanity project. Even if people could sing, it was like oh yeah, Bruce Willis is recording an album. It wasn’t taken seriously.

Was that something that influenced your decision to not pursue music?
Yeah, I guess. It wasn’t something I was into. I think my interests at the time were elsewhere. In the back of my head, I thought, “Oh, I’m going to put together a jazz group,” but I didn’t know I was going to record or anything. It was just something I was going to do under the radar, for fun … But it’s kind of hard, once you’re a celebrity, to do anything under the radar. It turns into something else. But it’s been great for me. It’s been really enjoyable. Even though I’ve been singing my whole life, even just from my first album to the one I just recorded, I think I’ve grown a lot. It’s been a real interesting musical journey for me.

I’m sure you’ve gotten this a lot, but The Breakfast Club was one of those movies that really shaped my life.
I really like it, too.

It’s become such an iconic film, but when you were making it did it feel like it was going to be something special?
I thought it was really special. Of course, I didn’t imagine that I’d still be talking about it 30 years later, but I loved the script. I thought all the actors who were in it were really good, and we were good in it together. It was a movie that I really wanted to see, but you never know if what you like is going to catch with a larger audience.

Do you mind the fact that people still bring it up or would you rather not talk about it?
It’s fine. I like to talk about other things, but … I realize it’s such an iconic movie. I know people have a deeper connection to it that goes way beyond me … I’m cognisant to the fact that there’s still a lot of interest in those movies, but it’s not all I want to talk about, which is pretty understandable since I’ve done a lot of things since then.

Just recently you came out with a film, King Cobra, which was at Tribeca Film Festival this year.
Yeah, and I think it’s having a general release in September.

Can you talk a little about that one? It’s about the murder of a gay porn producer, so that must have been a pretty striking script.
It was based on a true story. It was based on a Rolling Stone article about this murder that had happened. I just thought it was a really interesting treatment of this seedy world, but the director really managed to humanize these characters. I play someone who doesn’t have to do with the industry. I play the sister of the main pornographer, who’s played by Christian Slater. It was a good project to be involved with.

See Molly Ringwald perform live at Quarry Park in Rocklin on Sept. 17, 2016 with her father, Bob Ringwald, and The Peter Petty Revue. Tickets start at $39 and can be purchased through Rocklin.ca.us (just click “Special Events”), or go to Iammollyringwald.com. 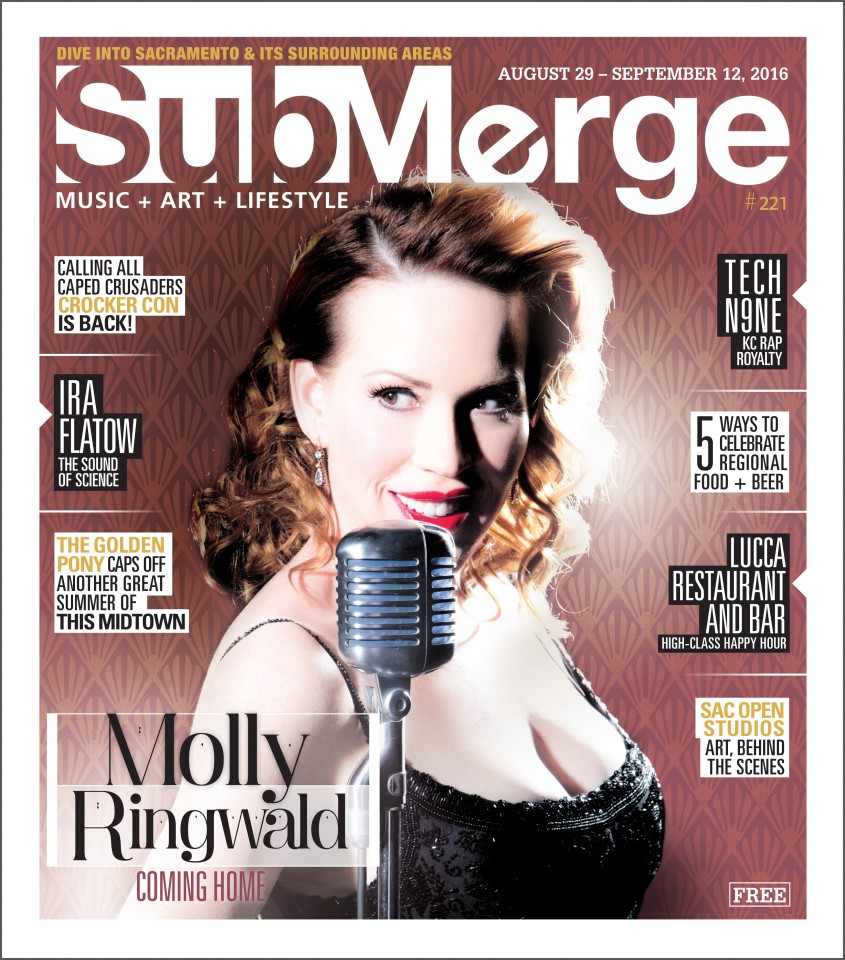